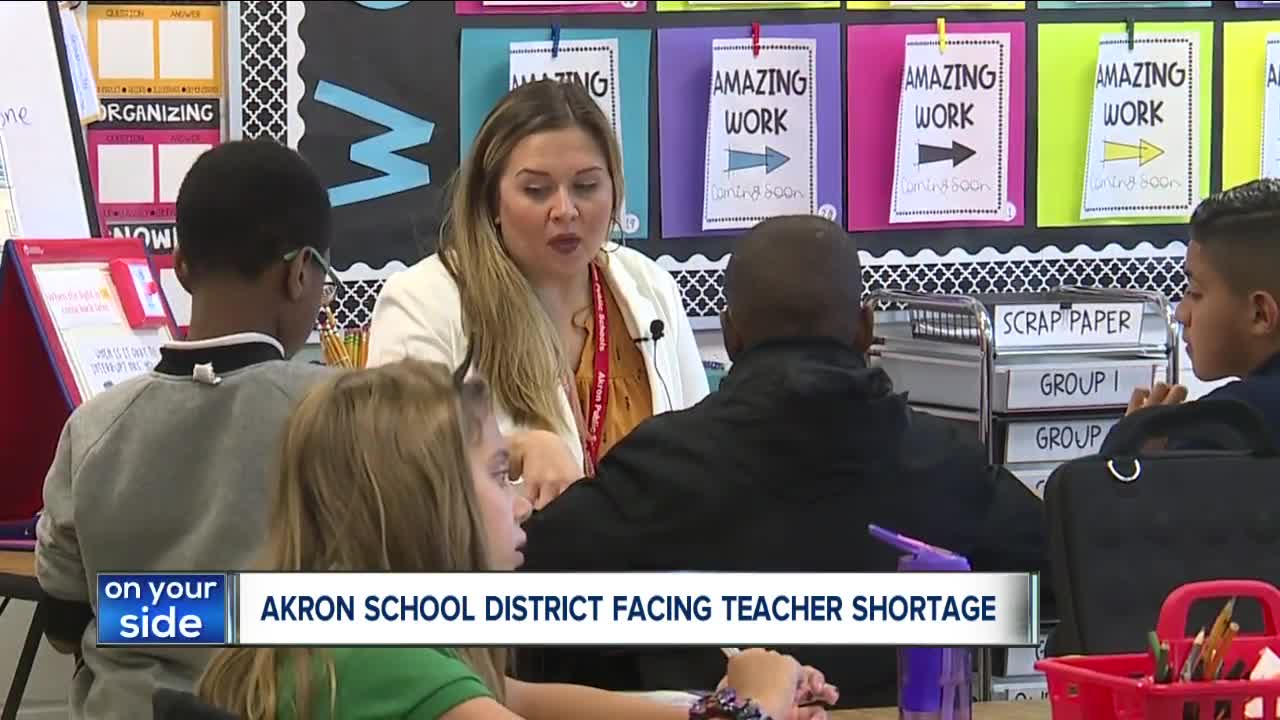 The school year began about a month ago and the Akron Public School District is still trying to hire 28 teachers. 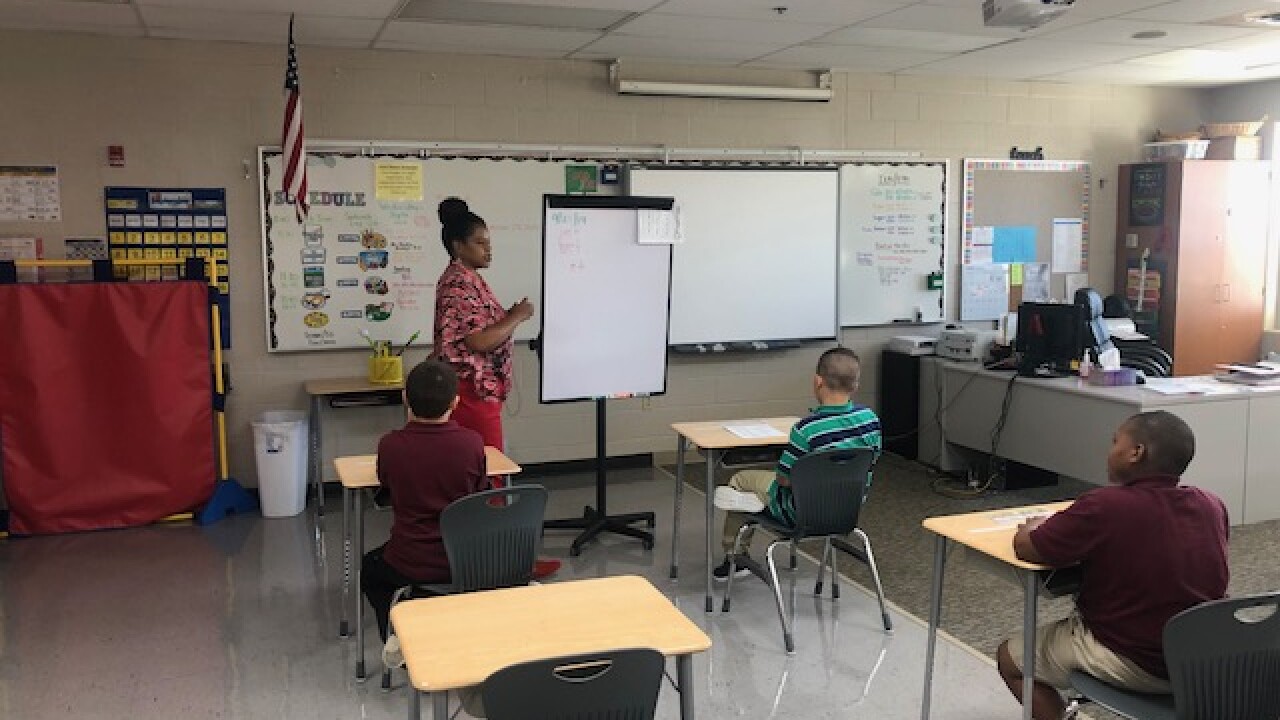 AKRON, Ohio — The school year began about a month ago and the Akron Public School District is still trying to hire 28 teachers.

"This is a pretty high number for us at the beginning of a school year," said district spokesman Mark Williamson. "We are actively pursuing more teachers."

Williamson said there are a number of reasons for the teacher shortage, including retirements, resignations, and recruiting challenges. In addition, many teachers have moved to the district's College and Career Academies of Akron and some of those positions have not been filled.

Jessica Holler, a fifth grade teacher at Voris Elementary School, loves her job and is passionate about her classroom, but she also understands how the changing demands of the job could be keeping potential teaching candidates away.

"I think there's a lot of stress put on teachers today especially with the testing. The state tests are crazy. There's so much testing," Holler said.

Lori Alamin, an intervention specialist at the school, believes there are other reasons for the shortage, including teacher burnout and the money factor.

"Teachers are not paid, we're not at the highest pay scale. Although, it is the most rewarding job and impactful, I think," Alamin said. "I hope people realize that it's still rewarding. There is a lot of support once you get into a district especially for new teacher."

The district is currently interviewing teacher candidates and looking for others through advertising, social media, emails and job fairs.

"I think that is definitely something that we need to consider as a district. What is it that we can do to pull these teachers in?"

Williamson said the district is not alone and that many schools across the country are facing teacher shortages.

He said APS is filling the teacher void with long-term substitutes.