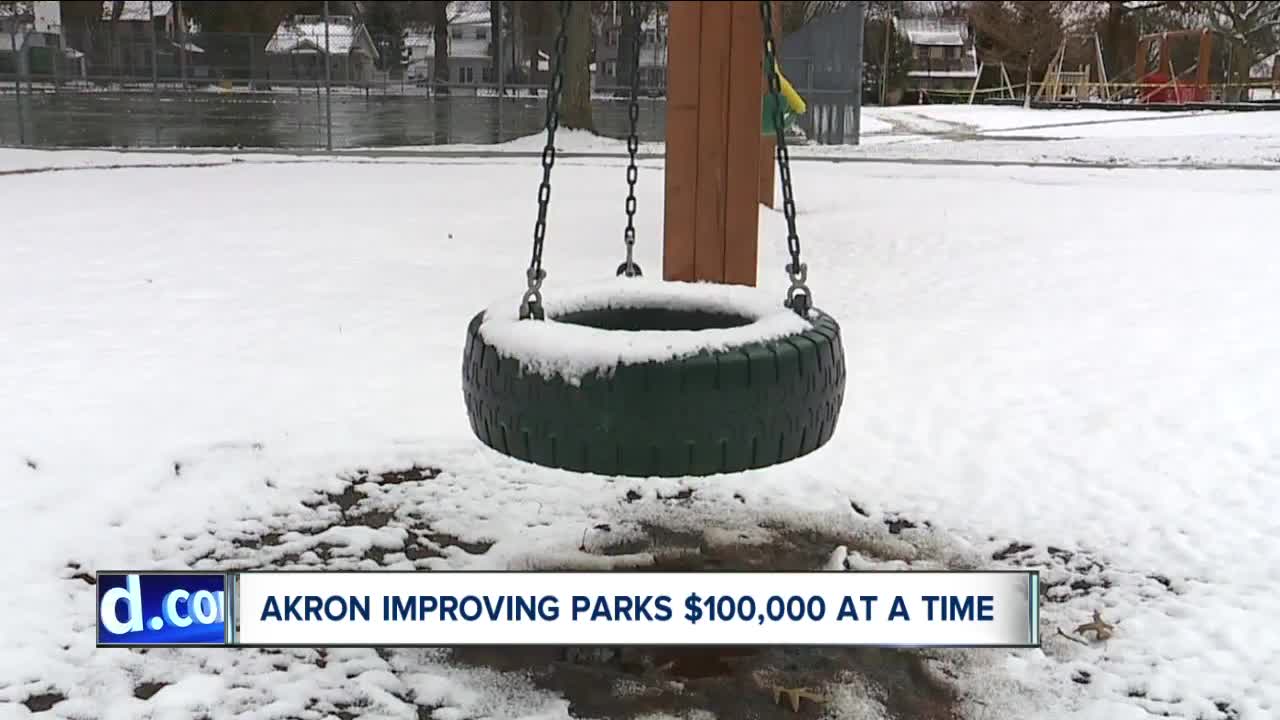 Derek Stone is fired up about a fire pit under construction at Reservoir Park where he frequently uses a new walking trail in the 16-acre property in Akron's Goodyear Heights neighborhood. 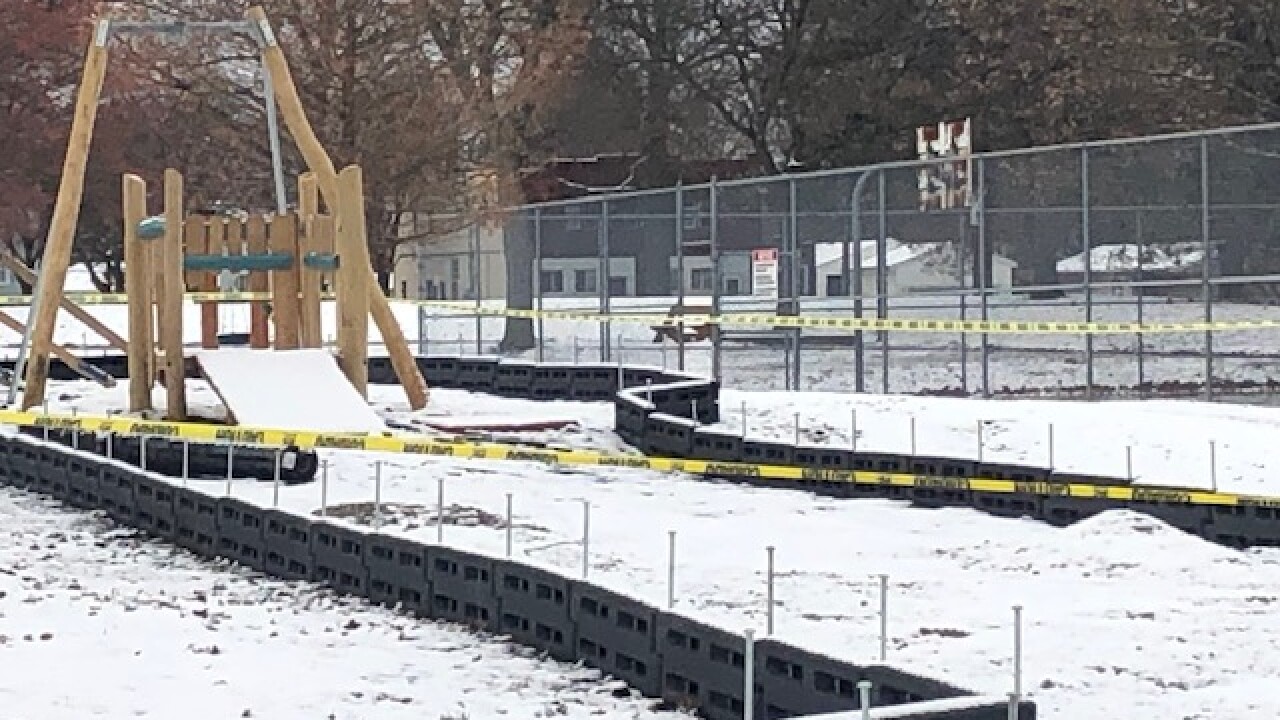 AKRON, Ohio — Derek Stone is fired up about a fire pit under construction at Reservoir Park where he frequently uses a new walking trail in the 16-acre property in Akron's Goodyear Heights neighborhood.

"Things got stagnant and I think for the community, it's like new. This is bright. This is exciting," Stone said.

New playgrounds for toddlers and older children were also built along with a zip line.

Reservoir is among three city parks that received improvements this year through the Akron Parks Challenge, a partnership between the city of Akron, Akron Civic Commons, the John S. Knight and James L. Knight Foundation and the Akron Parks Collaborative.

Chestnut Ridge Park got grills, electricity for events at the amphitheater, an updated playground, a bathroom and a drinking fountain. Cadillac Triangle Park received a brick walkway. A seating area and landscaping are in the works.

"I really think the neighborhoods have, and the parks, have lacked attention for so long," said Bridget Ambrisco, the executive director of Akron Parks Collaborative.

However, Ambrisco said that is changing with the city dedicating $200,000 ($100,000 per park) through the capital budget to improve two parks a year in the coming years.

The challenge asks neighborhood residents and organizations to give their ideas for improving their parks and requires them to show how they will help engage their community around the process.

"I really think that neighborhoods are where it's at and people are asking for this. The first year we had 69 applications of people excited about improving their own city park," Ambrisco said.

Ambrisco said many people are surprised to learn Akron has 161 Parks. Many of them cover several acres, but others are just small lots or ball fields.

City parks revitalization was listed among several priorities spelled out this week by Mayor Dan Horrigan as part of five-year plan aimed at helping Akron thrive and grow.

You can take a look at Akron's plan, here.

Elizabeth Park has been approved to receive improvements in 2020. Final decision still have to be made, but the park could receive a new playground and shelters. Residents also requested brush be cleared away so they could have a better view of the Little Cuyahoga River.

Ambrisco said submissions for future park projects will be taken in April of next year.