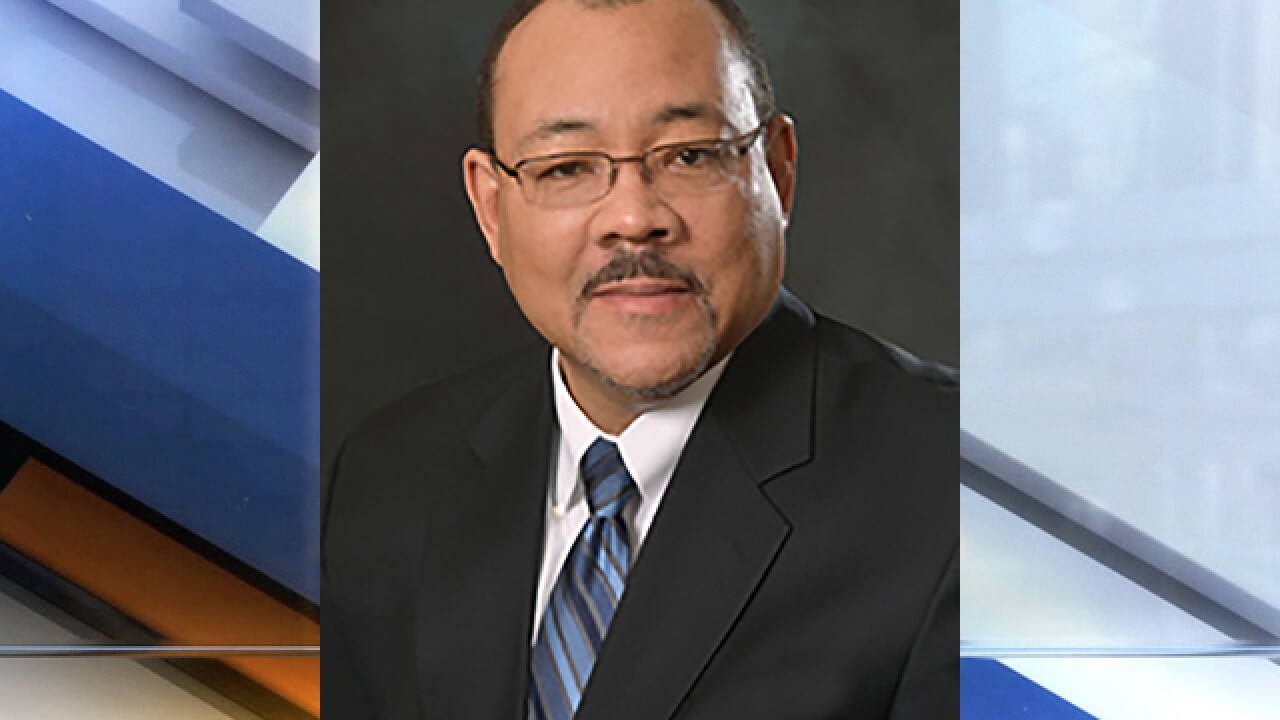 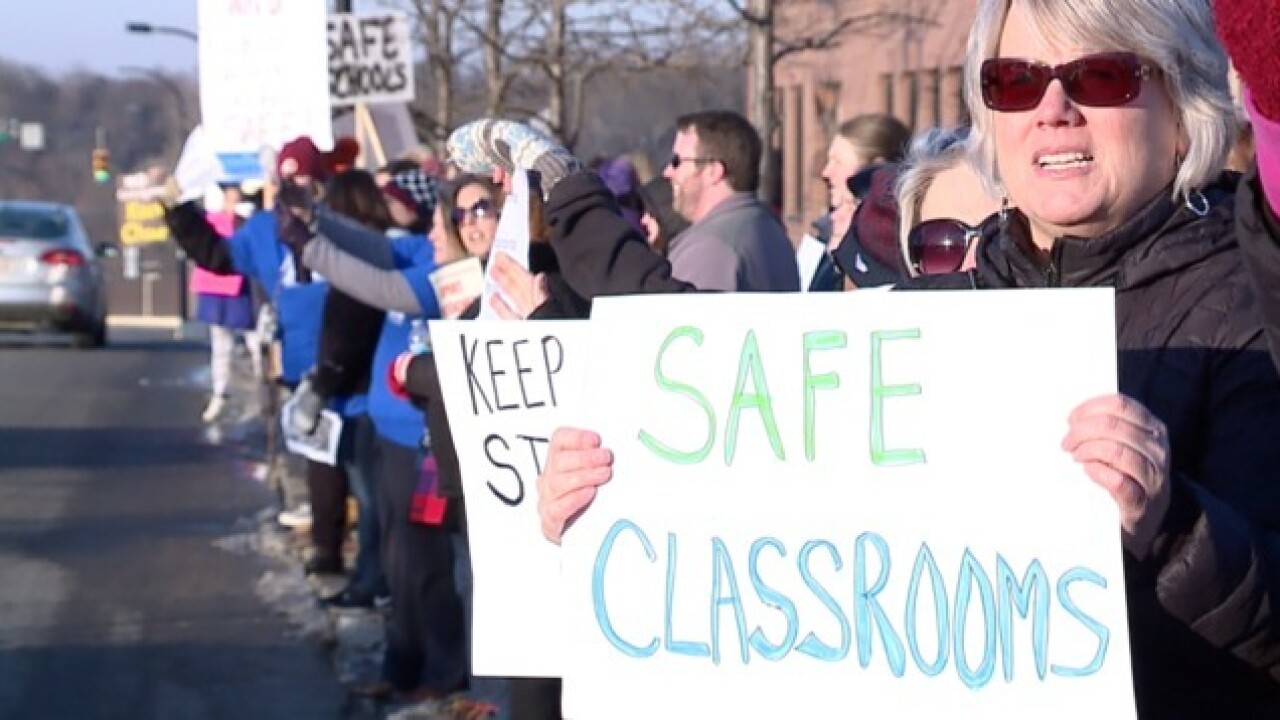 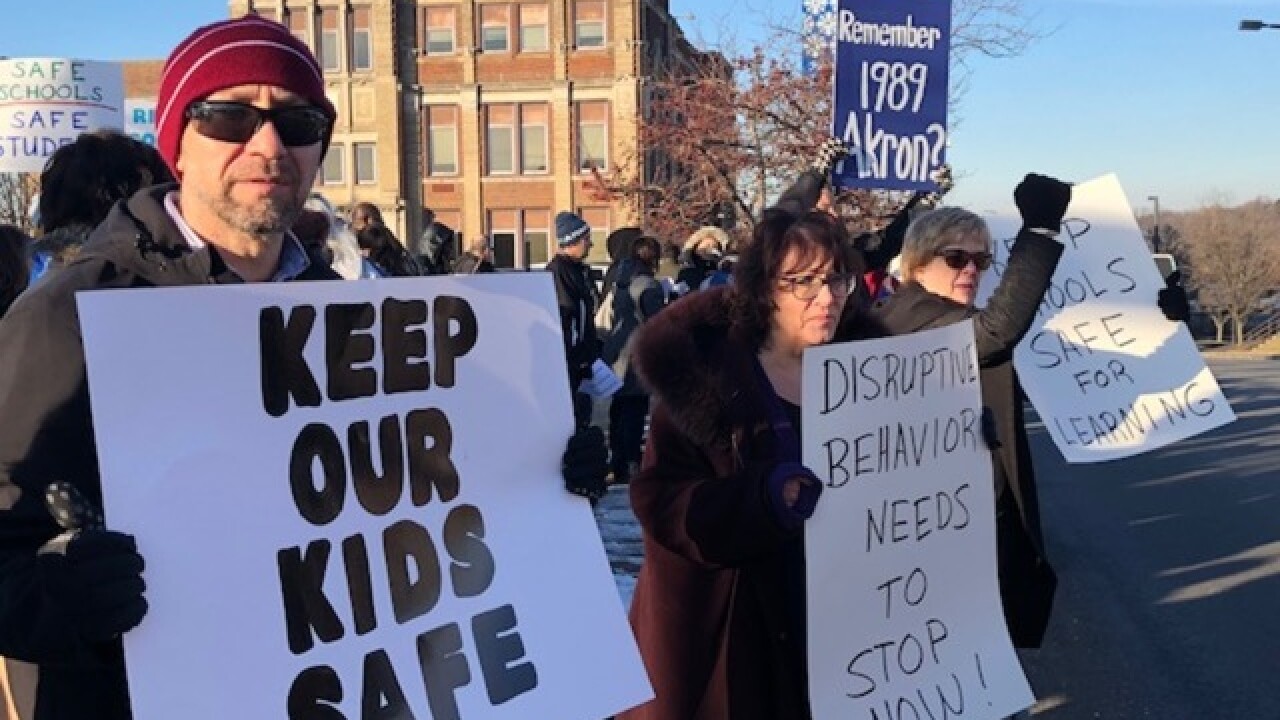 The Akron Public Schools Superintendent addressed teacher concerns after a rally voicing complaints about their safety in their classrooms on Monday.

Teachers held up signs before the school board meeting that read things like, "safe classrooms," "keep our kids safe," and "disruptive behavior needs to stop now." They have been complaining that the district is not doing enough to address the assaults they have endured from students.

The Akron Education Association has posted grievances on behalf of 22 teachers who say they have been physically and verbally assaulted by students. They say the school district is not living up to its end of the union agreement.

At the school board meeting Monday night, Superintendent David James said the 114 students who have made verbal and physical assaults on teachers so far this year represent only 0.54% of the 21,000 students in the APS system.

"Yes, I acknowledge that some of our students have behavior problems, just as all school districts do," James said. "However, we have increasingly provided more educational options that provide the supports that students need to learn how to change their behavior. We just can't wish everyone away to the corn field. These are due process rights afforded to all students so their parents can see the evidence in a hearing conducted by the Board."

James remembered back to a time when a student and his parent came to him following behavior issues. The parent was concerned, because the student was getting into serious trouble at school. James said, unfortunately, that student is no longer with us.

"So don't tell me that I don't understand what teachers are going through, think about what some of these parents are going through," James said. "These are complicated situations. Some of our students and families are in crisis and it all boils down to building positive relationships and providing the appropriate supports."

James emphasized the importance of being sympathetic to a student's home life, which he said could be impacting their behavior at school.

He also said the district has new behavior programs, such as the PAX Good Behavior Program. This is a classroom-based behavior management strategy for elementary schools to prevent disruptive activity, classroom teams given small rewards for positive behavior.