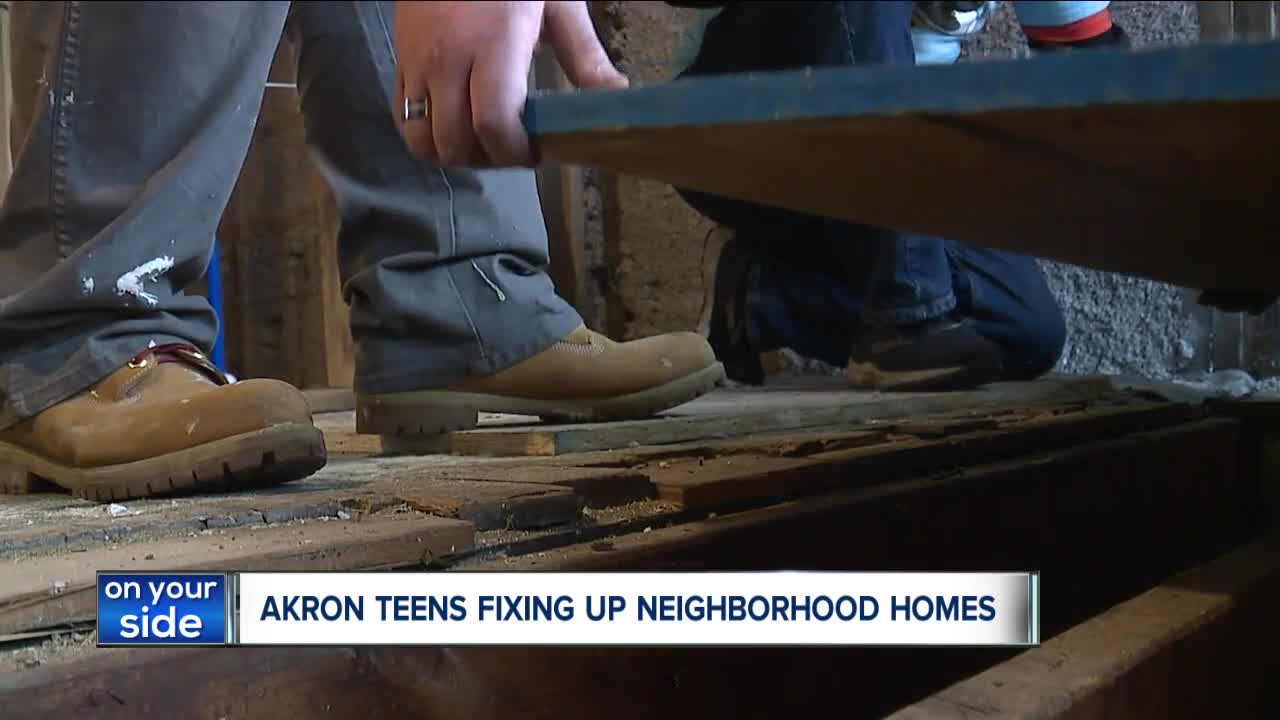 From demo and drywall work to installing windows and wood floors, a group of Akron teens is fixing up old homes to help give people a fresh start in the Summit Lake neighborhood of Akron. 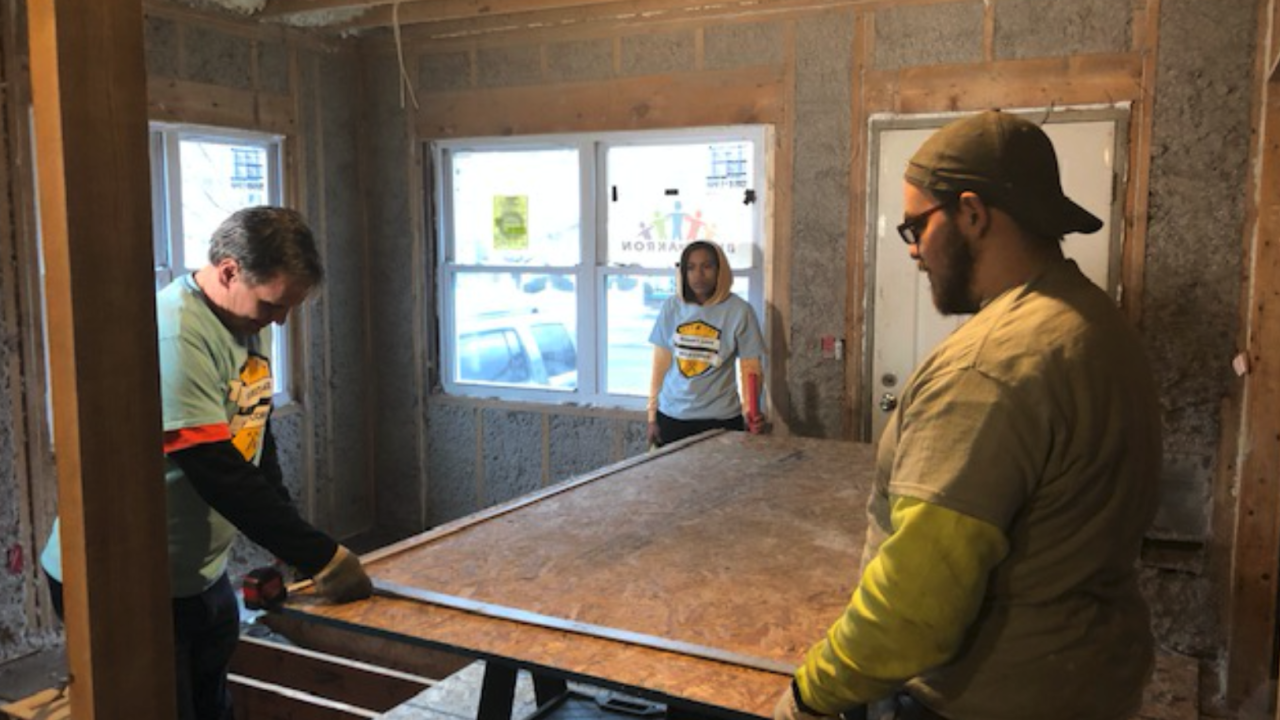 AKRON, Ohio — From demo and drywall work to installing windows and wood floors, a group of Akron teens is fixing up old homes to help give people a fresh start in the Summit Lake neighborhood of Akron.

"It's meaningful work, purposeful work with their peers with people that they know care about them," said Stephanie Leonardi, who oversees the group of about 20 workers.

The kids, who are paid $10 an hour and work three to five hours per week, receive training and then handle tools to rehab homes.

This week, Trevor Campbell, a recent grad of Towpath Trail High School, and Te'Asia Smith, a sophomore at Kenmore-Garfield High School, used various saws in preparation for putting in a new subfloor in the living room of a home on Ira Avenue.

"I feel good actually because you don't see a lot of kids working on houses, so I just feel like it's a positive difference," Smith said.

Campbell, who grew up in Summit Lake, said he plans to use his skills to land a career in construction.

"It's a fulfillment of joy and happiness to come back and give back to the neighborhood that I grew up in," Campbell said.

The Ira Avenue location is owned by Build Akron, which partners with Summit Lake Build Corps. The remodel of the 100-year-old house is expected to be finished this summer and then the property is expected to be put up for sale or rented.

The teens are also doing carpentry work on three other homes in the area. Providing affordable housing to residents after the restorations is the goal, Leonardi said.

"For all of us to be working together to be a part of change, that's super important," Leonardi said.

Leonardi, who has lived in Summit Lake for six years, is bothered by the number of houses she has witnessed being torn down.

She feels building up and improving housing is critical, especially since Akron has the highest eviction rate, per capita, in Ohio and some blocks of Summit Lake are among the hardest hit in the city, according to the statistics released by Akron Municipal Court.

"As we take care of the neighborhood and kind of raise the standard of what fixing up a home, making a home livable is, we can hold accountable more of the landlords, even inspire some of the residents," Leonardi added.

Teens like Campbell and Smith already feel inspired and believe their work is about much more than making money.

"This could be our future. We could be making something better," Smith said.