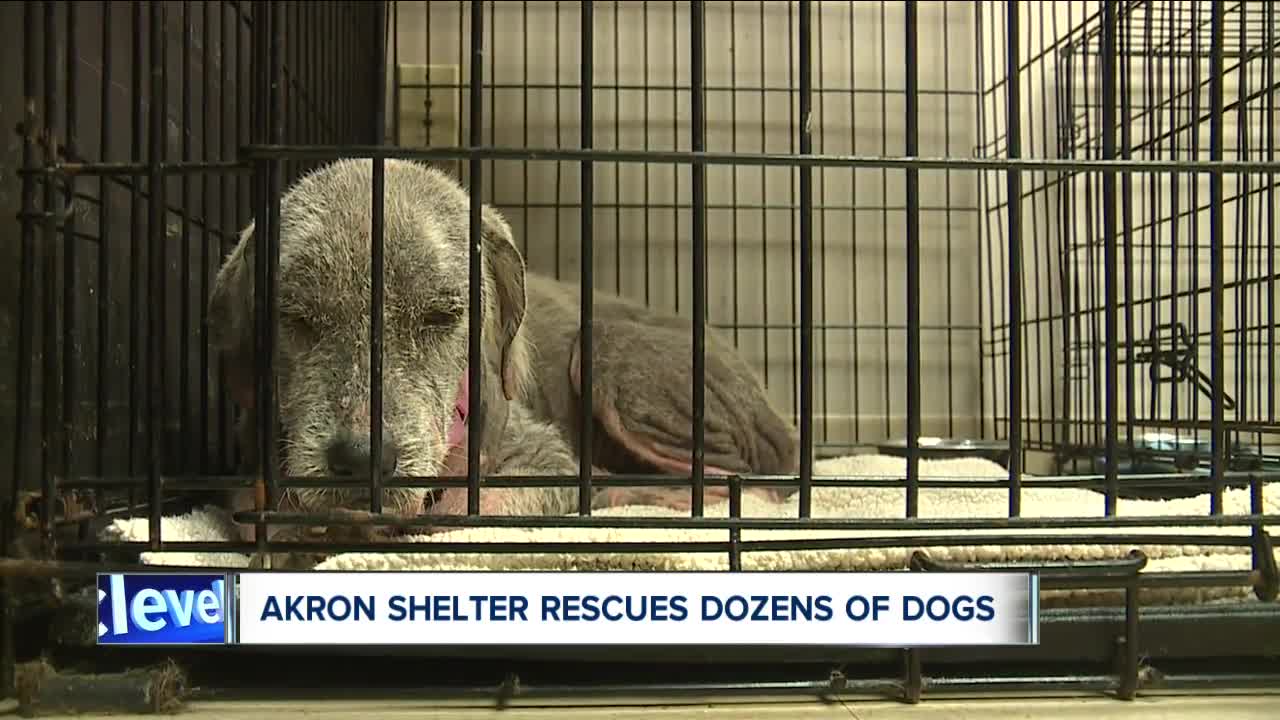 Tanya Jonda works at One Of a Kind Pet Rescue in Akron. They took in 48 dogs that all have mange. 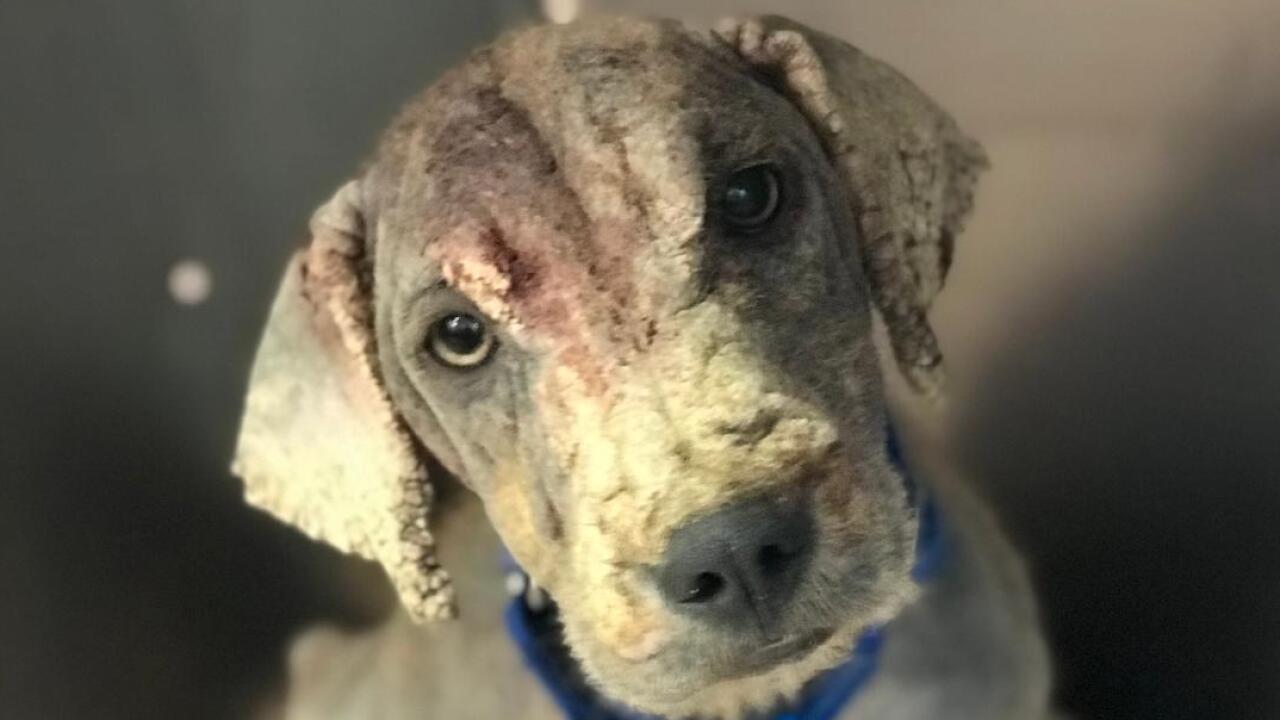 AKRON, Ohio — Tanya Jonda works at One of a Kind Pet Rescue in Akron. The shelter took in 48 dogs that all have mange. They are uncomfortable and in pain.

"This particular kind is actually a mite that burrows under the skin and creates a sore," Jonda said. "It's like a severe bug bite and they scratch and scratch and scratch and itch uncontrollably. Hair will fall out, they'll become scaly and scabby and they develop almost an elephant type appearance because you see all of their wrinkled scabby scaly skin."

All of the dogs are from a rural area of Southern Ohio. Jonda said all of the dogs were dropped off at the end of a dirt road, likely by people who didn't want them anymore.

A man who lives nearby started feeding the dogs to keep them alive, but then something awful happened.

"Somebody must have dropped off a dog with mange," Jonda said. "It did infect the whole lot, all of the dogs on the farm."

Now all of the dogs are on a special diet and will need lots of medication to get back to normal and the rescue is asking for donations.

"Right now, financial assistance is the best thing that they can do," Jonda said.

Jonda said she hopes each and every one of the pups will adoptable in about a month. The rescue already has a plan for some very special names.

"We're actually referring to them as diamonds in the ruff, r-u-f-f, so we're giving them all gemstone names," Jonda said with a smile.

The road to recovery wont be easy, but Jonda is confident all of them will soon show their true sparkle.