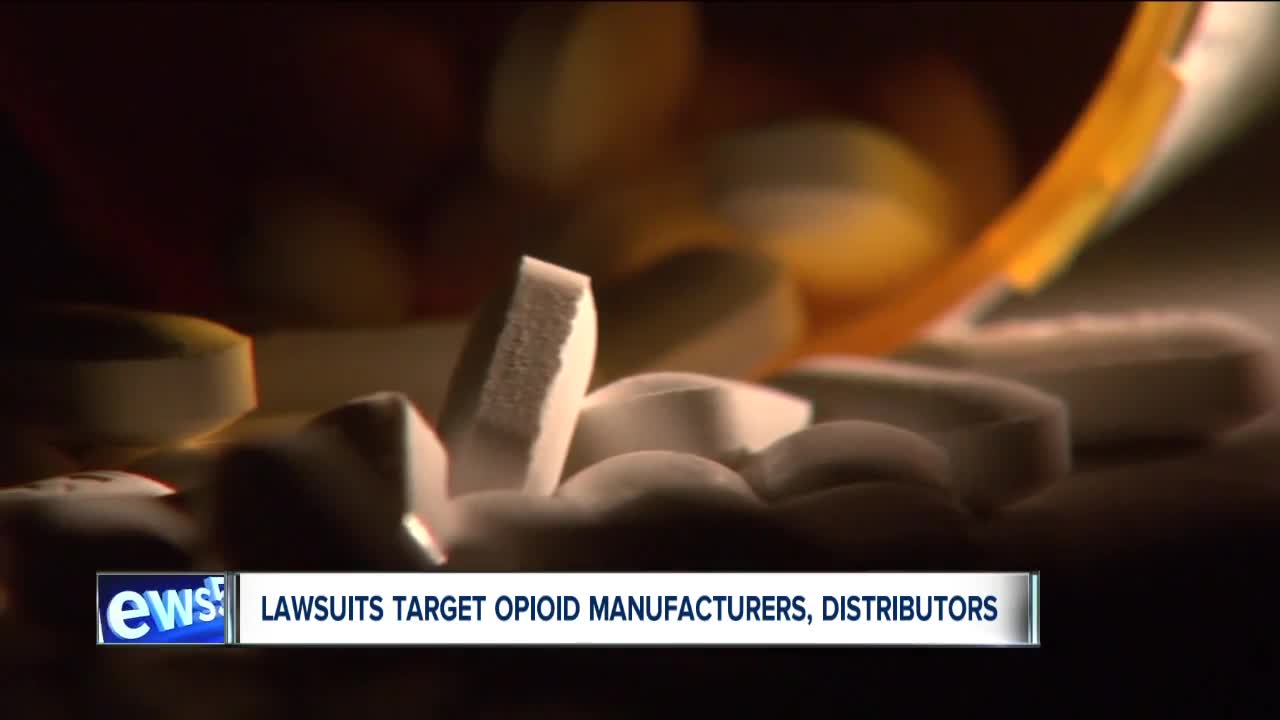 Ohio Attorney General Dave Yost said he wants "a good settlement for Ohio" but the state is still preparing to move forward with lawsuits against drug companies. His comments came Monday as he addressed the opioid epidemic that has ravaged the state.

AKRON, Ohio — Ohio Attorney General Dave Yost said he wants "a good settlement for Ohio", but the state is still preparing to move forward with civil cases against drug companies. His comments came Monday as he addressed the opioid epidemic that has ravaged the state.

"Any settlement that I agree to as attorney general is going to make sure that there's money going for services at the local level," Yost said.

State lawsuits were filed by former Ohio Attorney General Mike DeWine who is now the governor. A lawsuit in Ross County is going after drug manufacturers. A second suit in Madison County targets drug distributors.

Yost said both cases are scheduled to go to trial next year if settlements are not reached.

In a separate development, a federal opioid litigation case took center stage in Cleveland last week, with a proposal combining lawsuits filed by cities and counties nationwide into a single negotiating class for potential financial settlements.

U.S. District Court Judge Dan Aaron Polster reviewed a motion filed by plaintiff attorney's representing Cleveland, Akron, Cuyahoga and Summit counties, as well as scores of other communities across the country, who have been hard hit by the opioid crisis and seeking to recoup expenses.

If approved, the proposed plan would create a "negotiating class" and create a mechanism for to calculate how much money would be available to each if a settlement is reached.

The National Prescription Opiate Litigation, known as a Multi District Litigation, involving approximately 2,000 lawsuits filed across the country against drug companies accused of knowingly contributing to the opioid crisis.

Paul Farrell, Jr. is a lead attorney representing plaintiff's who said the plan to bring together a "negotiating class" could expedite the legal process and "could bring monetary resources and treatment programs" to communities impacted by opioids.

The National Institute on Drug Abuse found Ohio had the second highest rate of drug overdose deaths involving opioids in the U.S in 2017.

Drug companies have raised some objections to the proposed plan suggesting it lacks specifics in terms of exactly how much money communities would receive and could leave pharmaceutical companies open to future lawsuits and financial damages.

In addition, Yost wrote a letter to the court opposing efforts to create a "negotiating class".

"They don't have the right to sue on this kind of statewide concern," Yost said. "Only the attorney general has the authority to bring this kind of lawsuit."

Yost worries that dueling or duplicating lawsuits could lead to inconsistent verdicts. He said some communities hit hard by epidemic could receive be left out if all Ohioans are not represented by the state.

"What if they end up with nothing," he asked. "A goose egg."

Judge Polster is expected to rule on the motion in the upcoming days, but a trial date remains set for October.