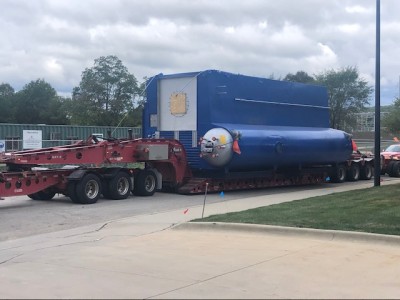 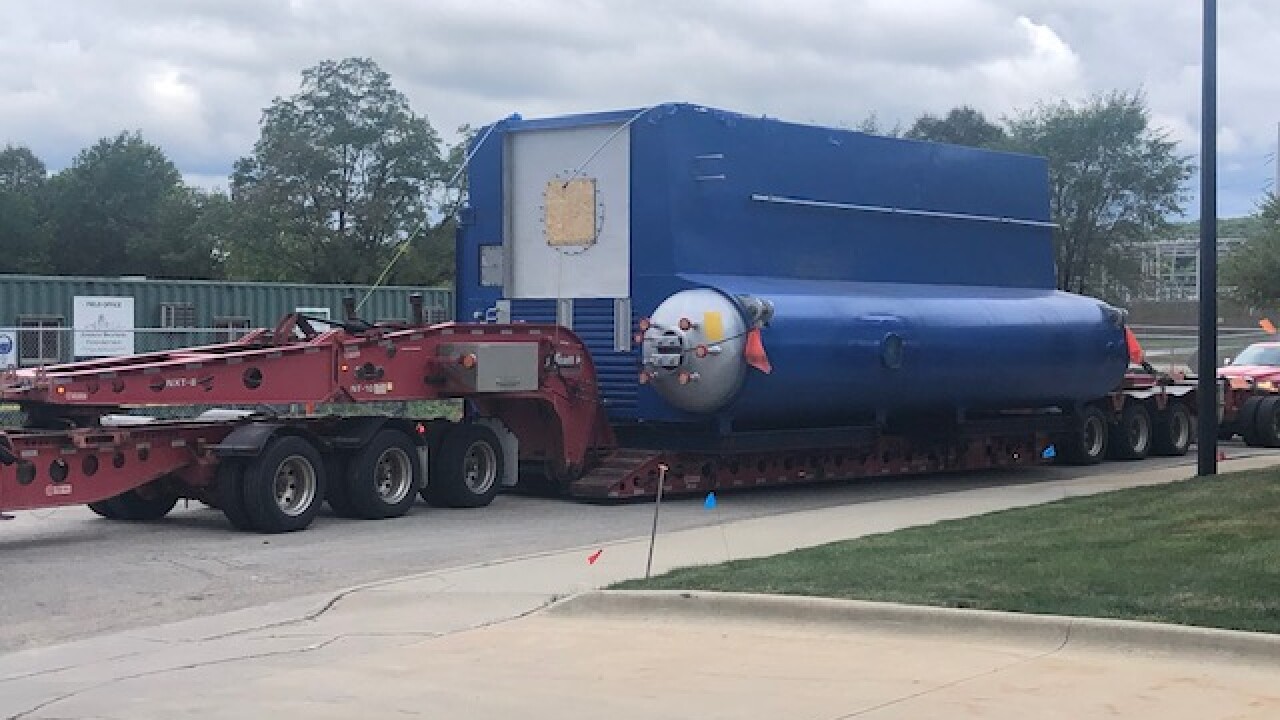 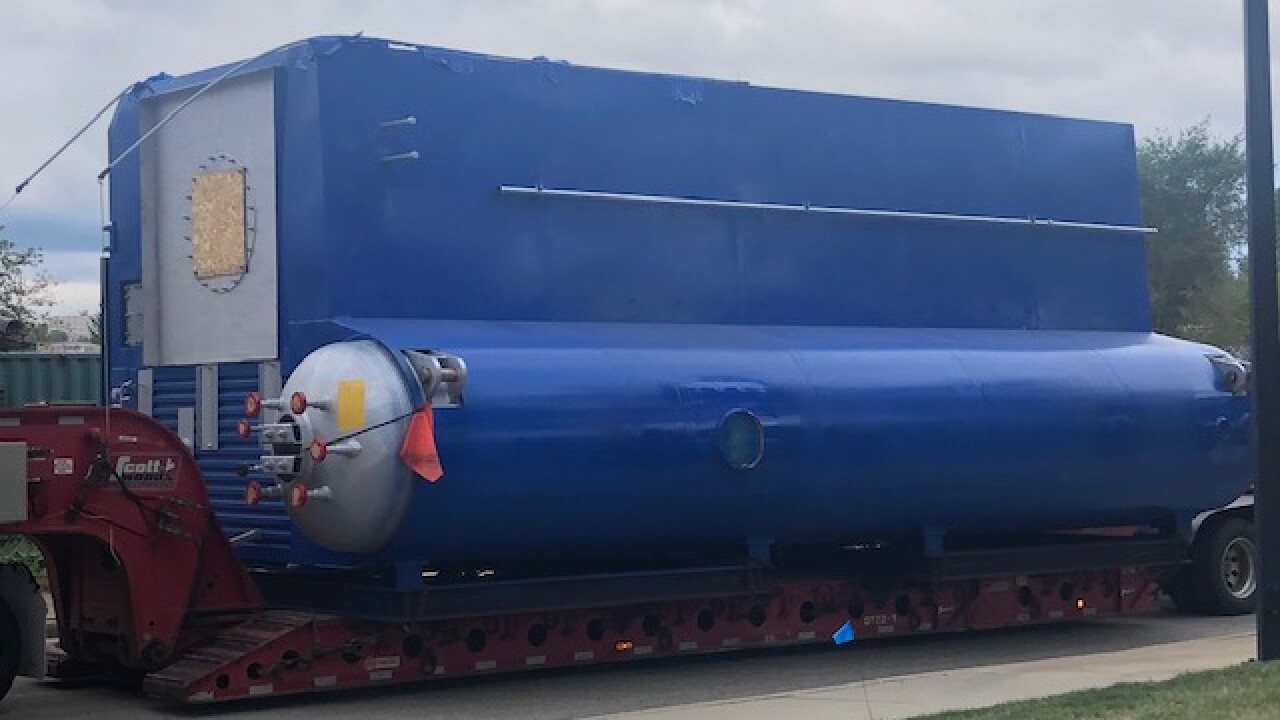 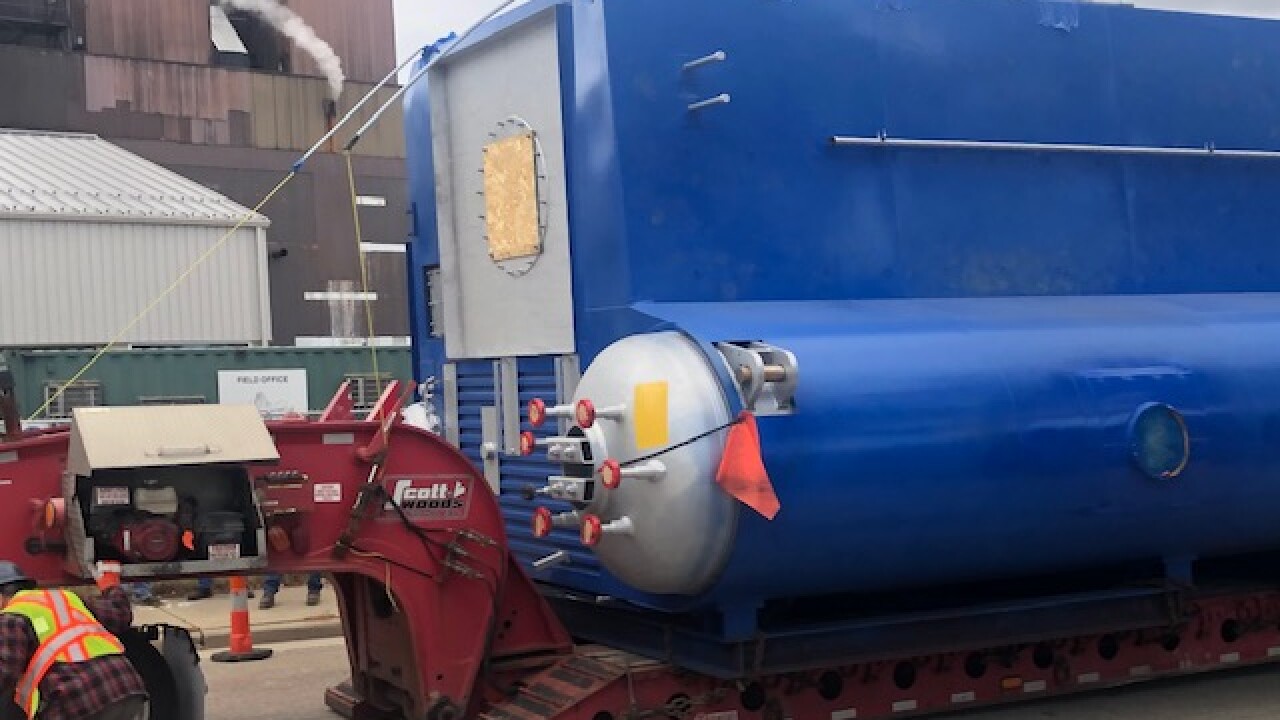 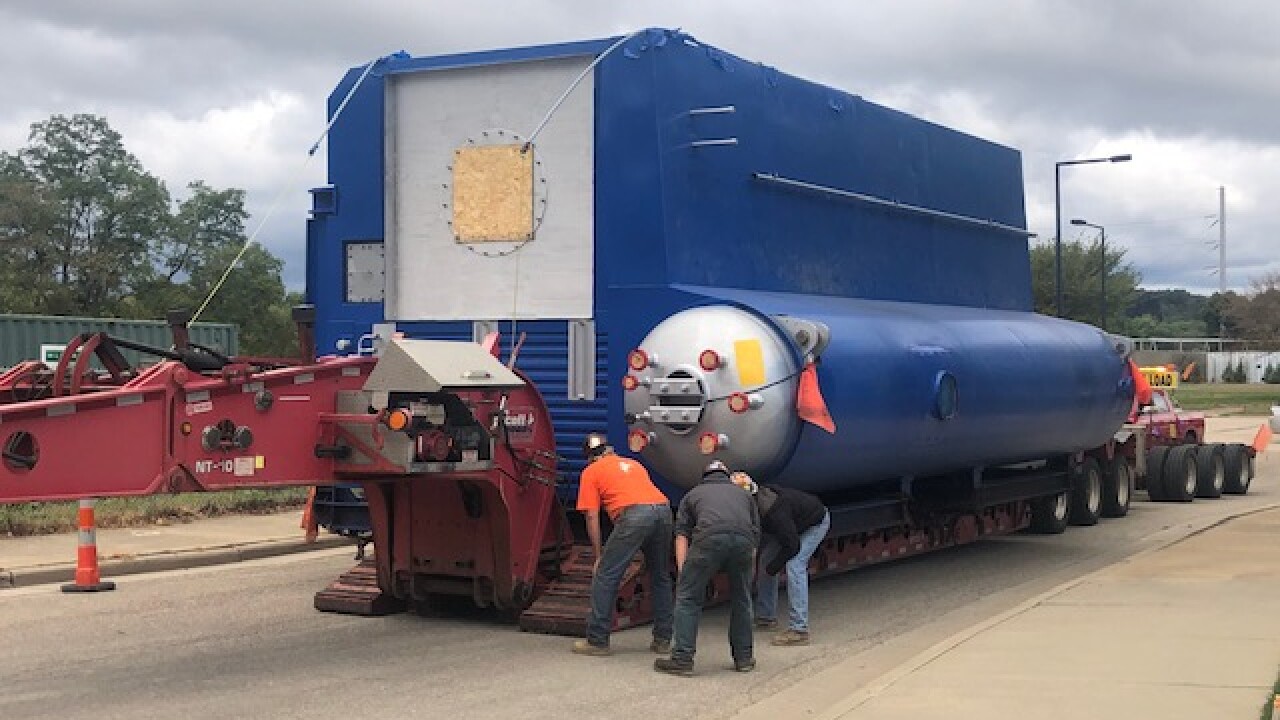 "It's a great day for sustainable energy in Akron, said Marc Divis, the president and CEO of Akron Energy Systems, the district energy provider for Akron.

Today's delivery was the second of three identical boilers to arrive at the plant on Opportunity Parkway. The first was shipped last week. The third boiler is scheduled for delivery next week. The city is paying about $1.5 million for each boiler.

Akron is part of a growing list of Ohio cities, along with college or business campuses, turning to higher-efficiency natural gas boilers to power plants.

The new Akron plant, which should be operational by the end of this year, will provide 450,000 pounds of steam per hour to provide heat and cooling to the city's downtown businesses, including Akron Children's Hospital, Cleveland Clinic Akron General and the Huntington Building.

The system will serve more than 10-million-square-feet of commercial space.

"The city is investing in this as a service for downtown to help economic development, so it is there to be affordable and to help downtown Akron and its development objectives," Divis said.

Dr. Amanda Weinstein, an assistant professor of economics at the University of Akron, has high praise for the major project.

Divis said the new boilers will be much more efficient than the current natural gas system the city uses and much more environmentally friendly than coal used before that.

"This facility, when it's done, will recycle 30-million gallons of water a year. It will reduce energy use by about 46% and it will reduce the carbon footprint by about 117,000 tons per year," Divis said.

"There are definitely cities feeling pressure to do this, which is good, so the problem is a lot of energy efficient things save money in the long run, but it's an upfront cost," Weinstein said.

Akron is counting on recouping the costs of the boilers over time through higher efficiency and conservation, which is also expected to result in lower energy rates for downtown.

"Here's the great thing about this project. This project is being completely paid for (with) the saving and efficiency, so it's a self-funded project," Divis said.

This winter, the city will use both the old system and the new system as part of a tuning process to make sure everything is working correctly.

The plan is for the city to rely on the new district energy system plant solely by April and the old building will be torn down.