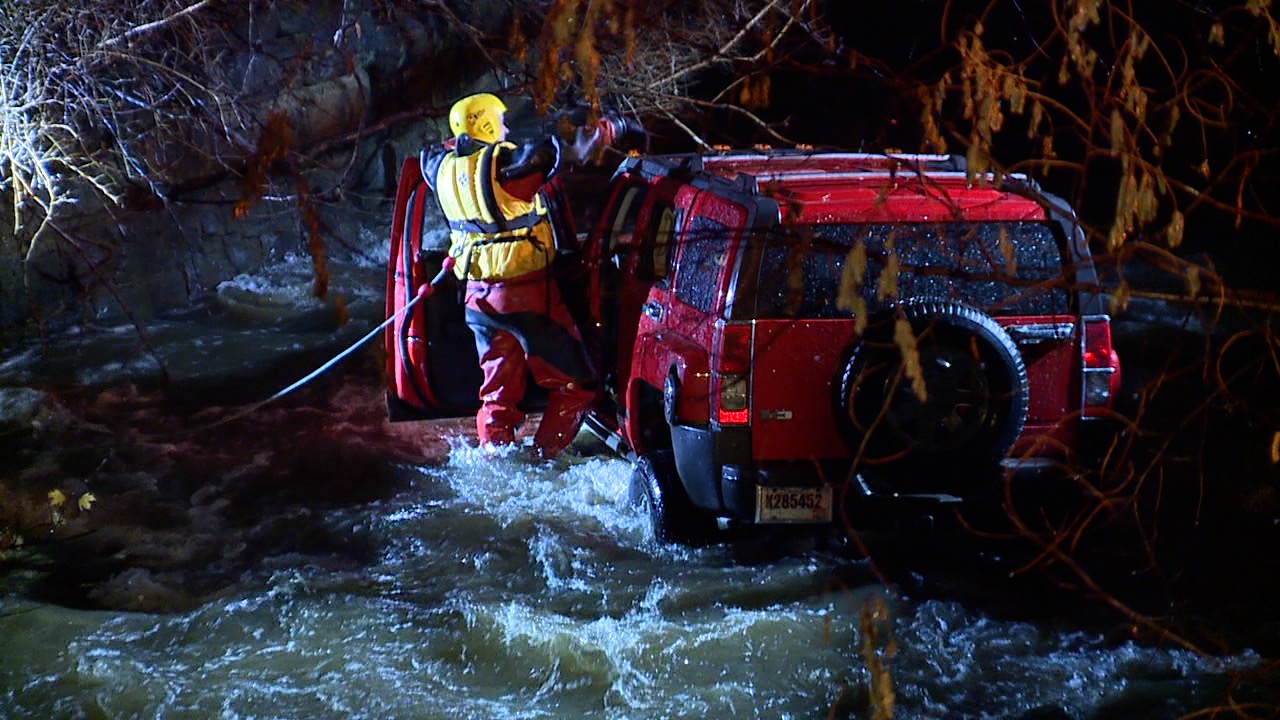 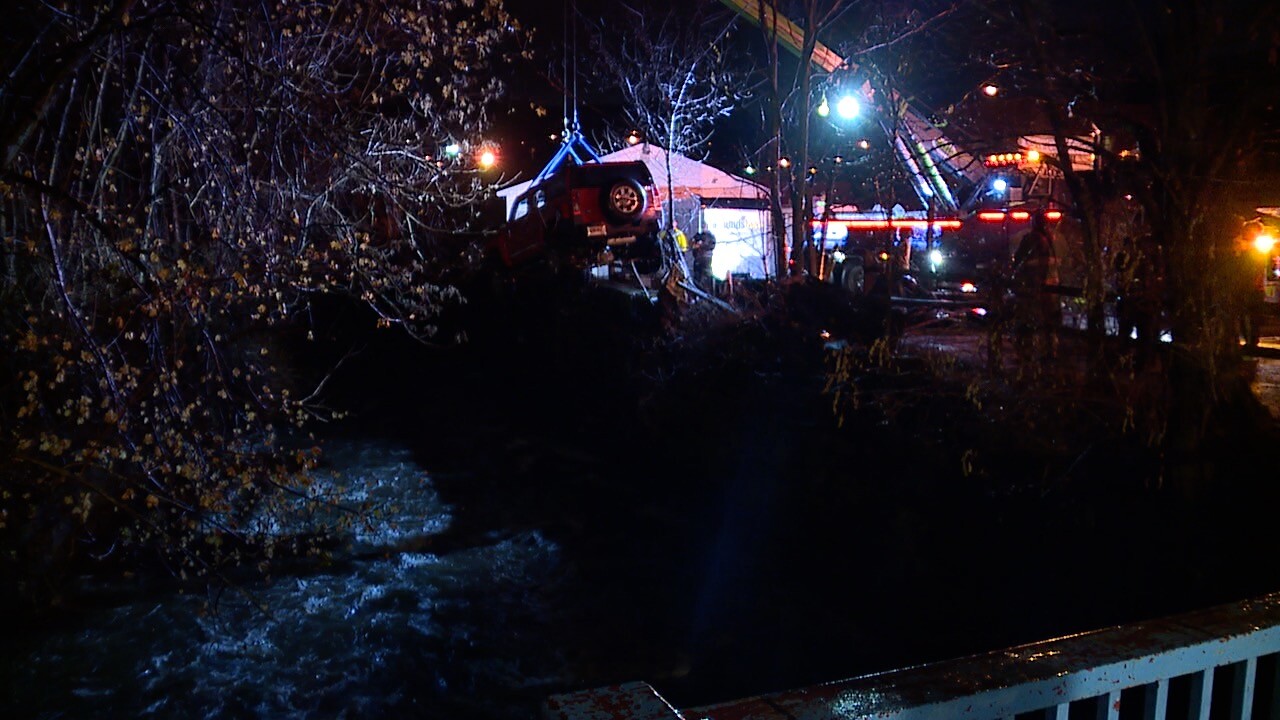 AKRON, Ohio — A man was rescued from the cold waters of the Little Cuyahoga River after his vehicle went off the road, through a parking lot and into the river early Monday, according to the Akron Police Department.

Crews from the Akron Police Department and Akron Fire Department responded to North Case and Kent streets at around 1:23 a.m.

According to police, it appeared the driver was heading northeast on North Case Street, when he went across Kent Street, through a parking lot of a landscaping company and into the Little Cuyahoga River.

The dive team of the Akron Fire Department responded to help the man, who was transported as a precaution with possible minor injuries.

The driver's SUV was pulled from the river and towed away from the scene.