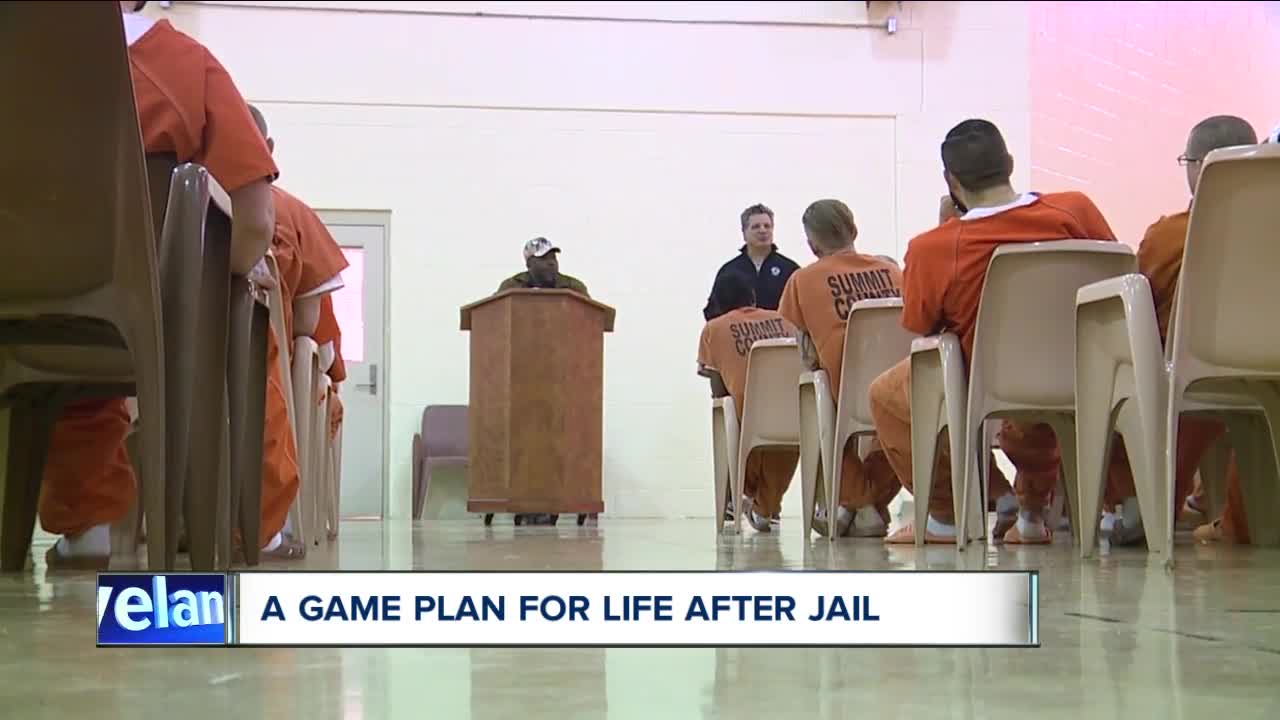 A new program at the Summit County Jail meant inmates got to hear from two former Cleveland Browns players on Friday. AKRON, Ohio — A new program at the Summit County Jail meant inmates got to hear from two former Cleveland Browns players on Friday.

Frank Stams and Greg Pruitt spoke to a group of inmates Friday morning, passing on their knowledge and sharing their stories to help prepare inmates for life after jail.

The inmates sat quietly, listening to the stories and wisdom of two people they may have watched on TV years ago.

For Pruitt, that’s one reason he’s doing this.

“As a young man, I had to make a lot of decisions,” Pruitt said. “They were not all good decisions, but through the help of others, I was able to overcome them. With the advice of others, I had information that helped me make better decisions. And more importantly, I needed to know that I had just as much of a chance as the next guy. There’s not a lot of difference between me and these guys. They made a mistake, they’re here paying for it. What are they going to do with their time?”

Pruitt and Stams brought the message that these inmates can overcome, but they can’t do it alone.

“God was in my life, my mom understood that. My biggest hero is my mom,” Pruitt said. “It’s almost like my mom had a game plan and she stuck to that game plan. She struck fear in us but she let us know she loved us, and the two made us take her advice. And her advice turned out to be the best advice we could get.”

Being here to speak to the inmates, Stams said, was important.

“When I was a kid and a young adult, and even to this age, people are talking to me, giving me advice, changing my perspective, the way I approach life or, if we can talk in football terms, the way you attack life,” Stams said.

In addition to sharing their football stories, the players talked about teamwork and making good decisions.

Pruitt said he is living proof that dreams can come true and prayers were answered. He said he never thought he would play in the NFL and that those opportunities weren’t for people who lived where he lived.

“I’m the first guy to find out that that’s not true,” Pruitt said. “If you do the right things and be in the right place at the right time, you can have those same opportunities.”

While there are other programs at the jail that share these messages, Inspector Bill Holland with the Summit County Sheriff’s Office said this one was different.

“Number one, they’re NFL players and a lot of [the inmates] do enjoy watching football, but it’s from somebody else and it’s not someone who just—it doesn’t seem like the message is being pushed upon them. The messages are embedded in their stories,” Holland said.

Those messages, Holland said, were well-received by the inmates.

“I want them to know that it ain’t easy. If it was easy, everybody would do it,” Pruitt said. “And we all think about quitting, cause I did, but I, for whatever reason, didn’t quit, and that was the best decision that I could’ve made.”

While this was the players’ first time at the jail, they have spoken at Oriana House before and hope to speak at the jail again in the future.

“If we can change a few lives here, and we know we’re not gonna bat 100 percent, but if we can just affect a couple of guys or ladies, it’s awesome,” Stams said.