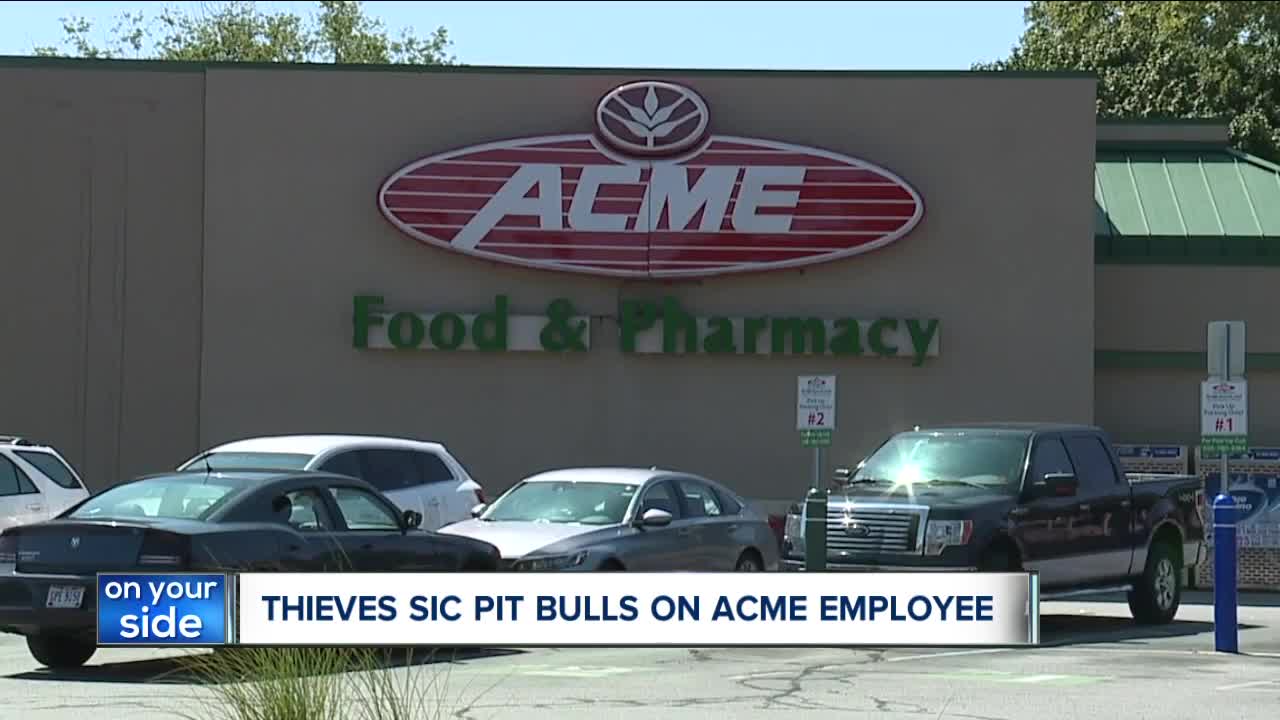 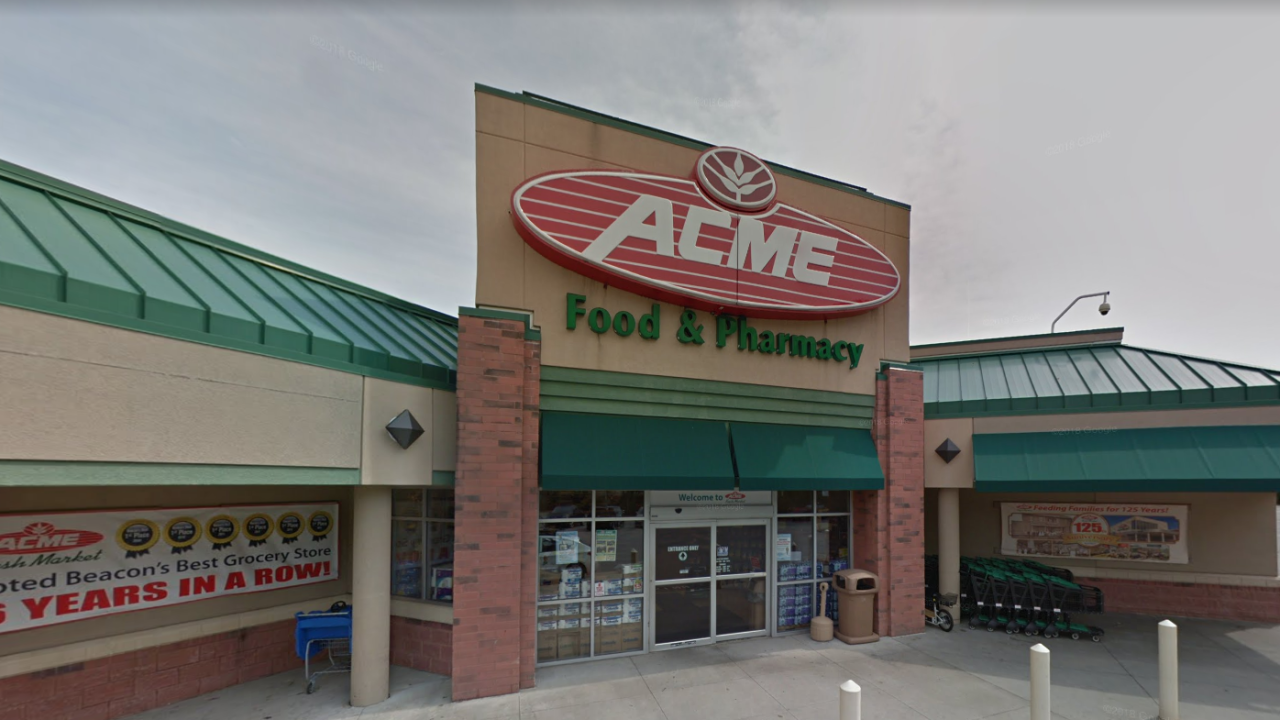 AKRON, Ohio — Akron police are looking for three people who are wanted for questioning in the aggravated robbery of Acme Fresh Market on Friday. Police said one of the suspects sicced two dogs on the grocery store manager when he asked the remaining two suspects for their receipt after the duo allegedly walked out of the store without paying for an entire cart full of groceries.

The incident happened at around 12:45 p.m. at the Acme Fresh Market, 2147 East Avenue, in Akron. The victim, a 55-year-old man, was released from the hospital Monday after sustaining cuts, bruises and other injuries to his legs.

The incident has left even veteran law enforcement officers dumbfounded.

“In my 22 year career, I’ve never heard of a situation where somebody has while in the commission of a crime like this used an animal to facilitate that,” said Capt. David Laughlin. “You just wonder if they would be willing to take it a step further. What’s too far for somebody who uses these dogs as weapons?”

According to a police report, the store manager was following up on a report that the male and female had shoplifted an entire cart full of groceries and other merchandise when he went out into the parking lot Friday afternoon. The victim then approached the suspects to ask for their receipt.

“They had some options up until that point. They could have said sorry and given it back. They could have gotten in their car and drove away. They could have tried to take some of the stuff and drive away,” Laughlin said. “But they escalated it to the point where it turned into an aggravated robbery. You take a misdemeanor offense and turn it into a serious felony.”

“These dogs could have mauled him to death which would have escalated it even further,” Laughlin said. “Also what it does it’s a black eye for responsible pet owners who have dogs as a family member. [The victim] was just doing his job to see if somebody paid for these groceries and to have these dogs attack him, his life has changed forever.”

Laughlin said detectives are currently viewing the store’s surveillance video and following up leads related to the description of the suspect’s vehicle, a red Chrysler Pacifica. Anyone with information is urged to contact the Akron Police Detective Bureau. Citizens can also provide information anonymously by contacting Crimestoppers.

Anyone with information about the alleged dog attack and theft is asked to call the Akron Police Department Detective Bureau at 330-375-2490.