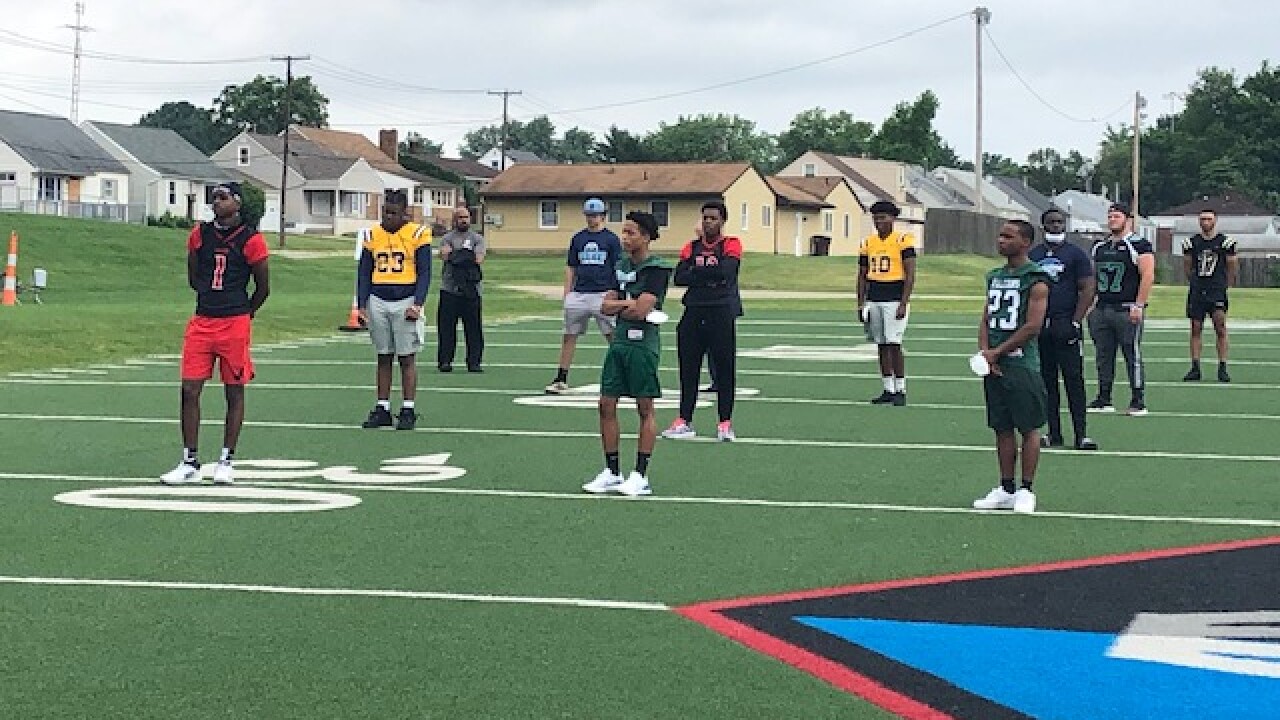 CANTON, Ohio — Brush High School quarterback A.J. Shorts recently visited a park with his dad to do a workout, but their exercise was interrupted by a police officer.

"He came up to us when we were working out and he said that somebody had called the police saying we were selling drugs in the park even though we were just working out right around the corner from my house," Shorts said.

The 17-year-old said the officer was reasonable and felt bad that someone had called the police just for the father and son being in a park, but Shorts said it was still a heartbreaking moment.

Shorts shared the disturbing story with several other area suburban and urban high school football players during part of the "Build the Bridge Challenge", which took place at the Pro Football Hall of Fame in Canton on Tuesday.

Hicks said the idea is to bring players from different background together to help them make a connection while also having an open and honest conversation about race.

"They start to believe, 'Hey, we're the same,' and that's where we came up with the concept of Building the Bridge to bridge people together," Hicks said. "With everything that's going on in society, it's extremely important that these young people realize that they don't have a lot of differences because they're the ones that are going to change the world."

The players also spent time admiring the bronze busts of some of football's greatest stars, checking out legendary jerseys and learning more about the history of the game they love.

While the tour was fascinating, many of them said they suprisingly impacted by the discussion about race, which was closed to cameras to allow the teens to feel more comfortable opening up.

"I think we got a lot of life lessons that help us in the long journey like in college and how we approach things," said Michael Gravely, a wide receiver and defensive back for Glenville High School who has committed to Michigan State.

Beachwood head football coach Damion Creel said the challenge is gaining a lot of attention across the world. Coaches from Seattle, Chicago, New York, Iowa, Germany and Switzerland have reached to inquire about how to start their own "challenge."

The coordinated Northeast Ohio effort will also lead to scrimmages between teams along with group meals once the state enters "Phase 3" of the return to contact sports.

Many of the players felt the challenge experience at the Hall of Fame will help them win both on and off the field.