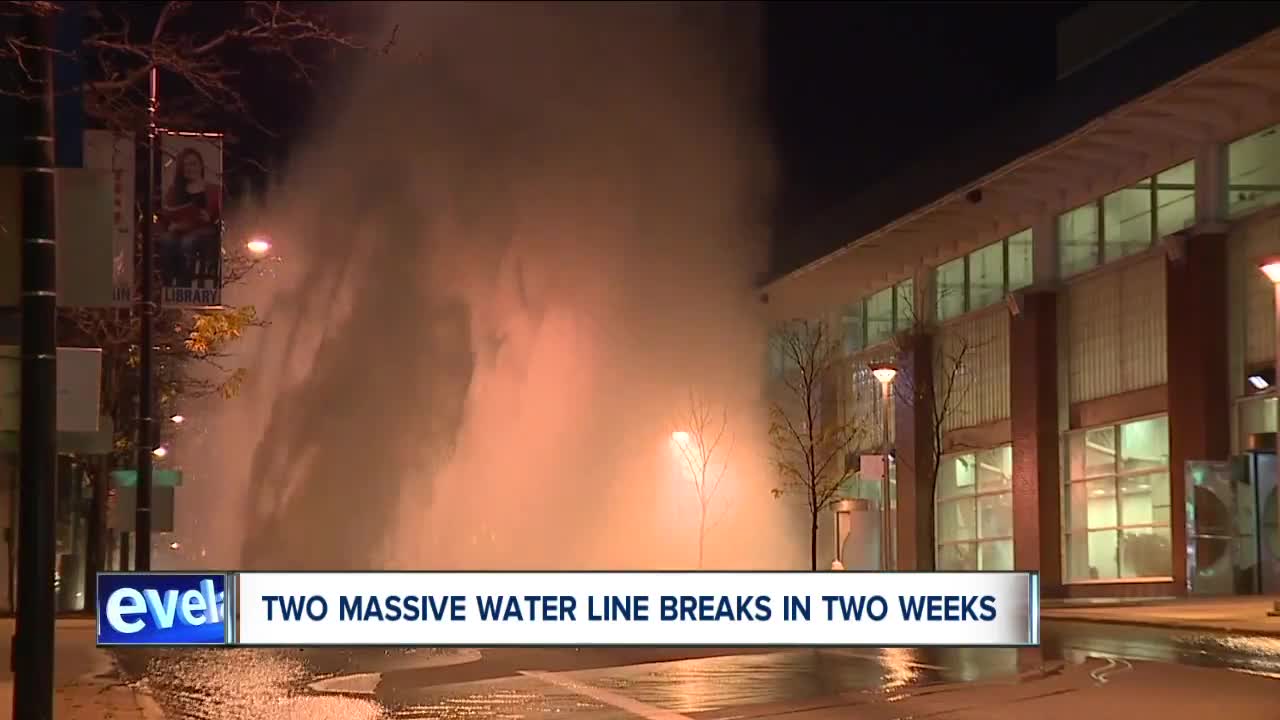 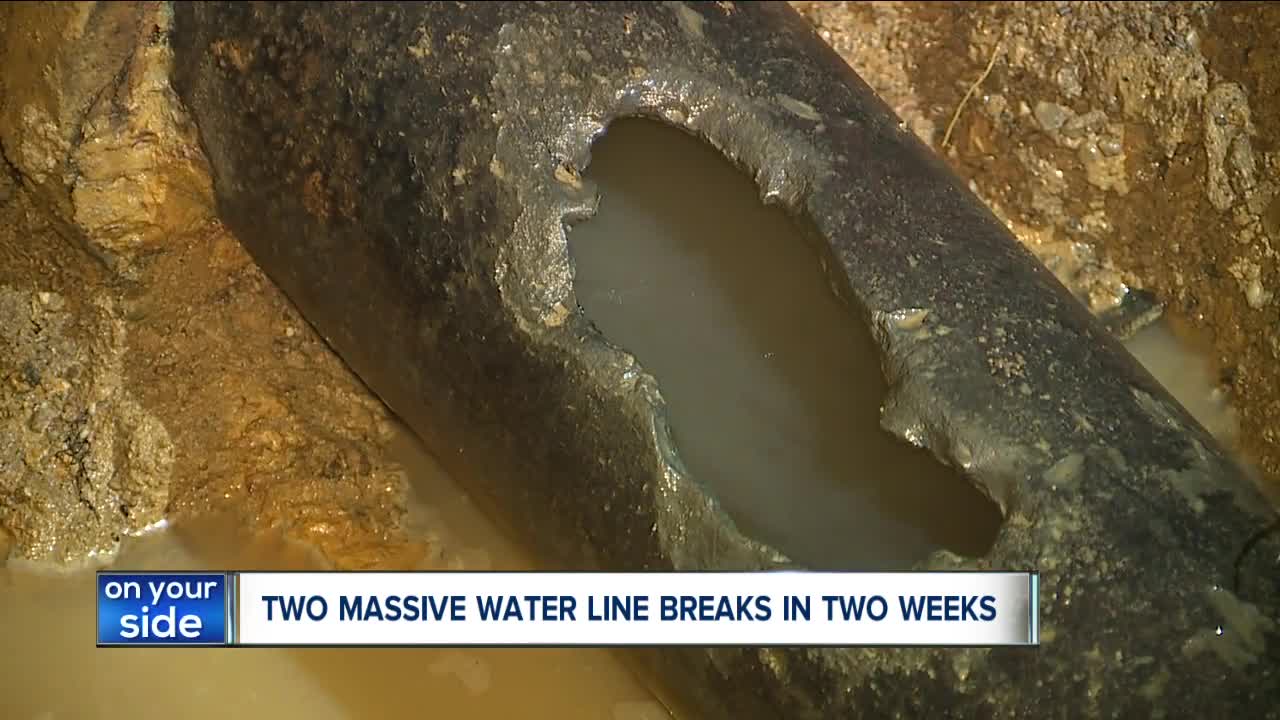 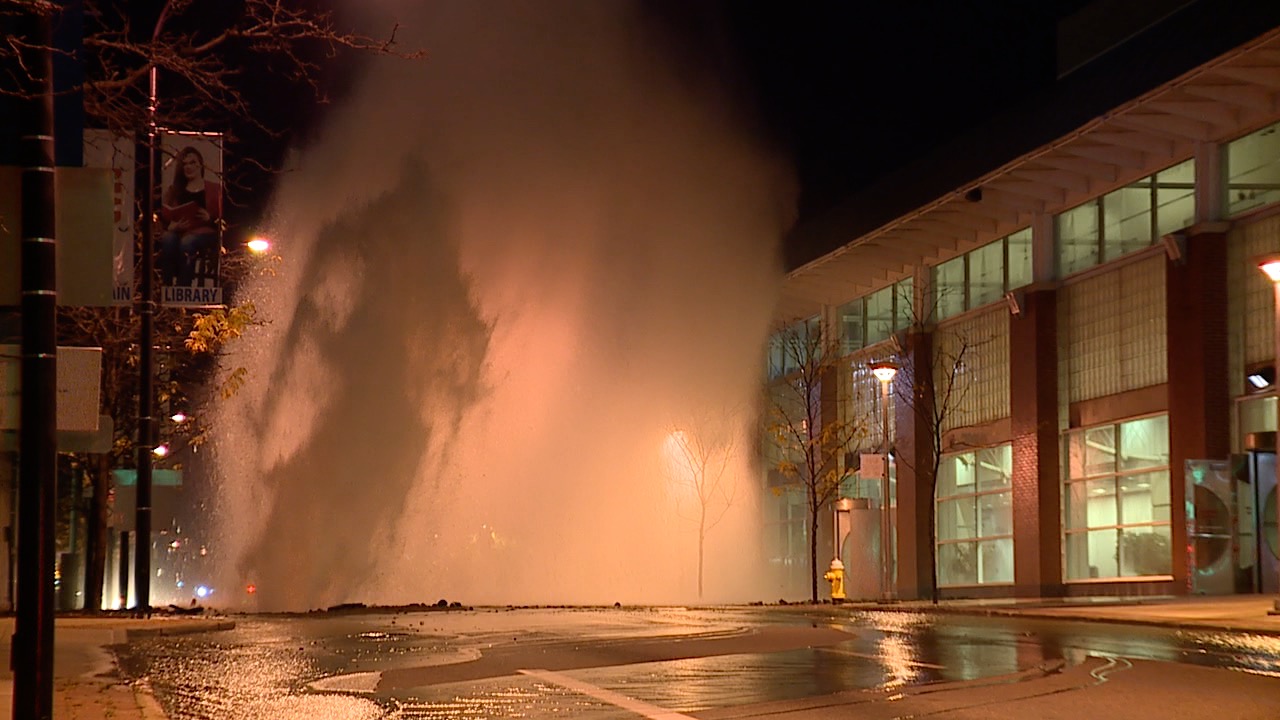 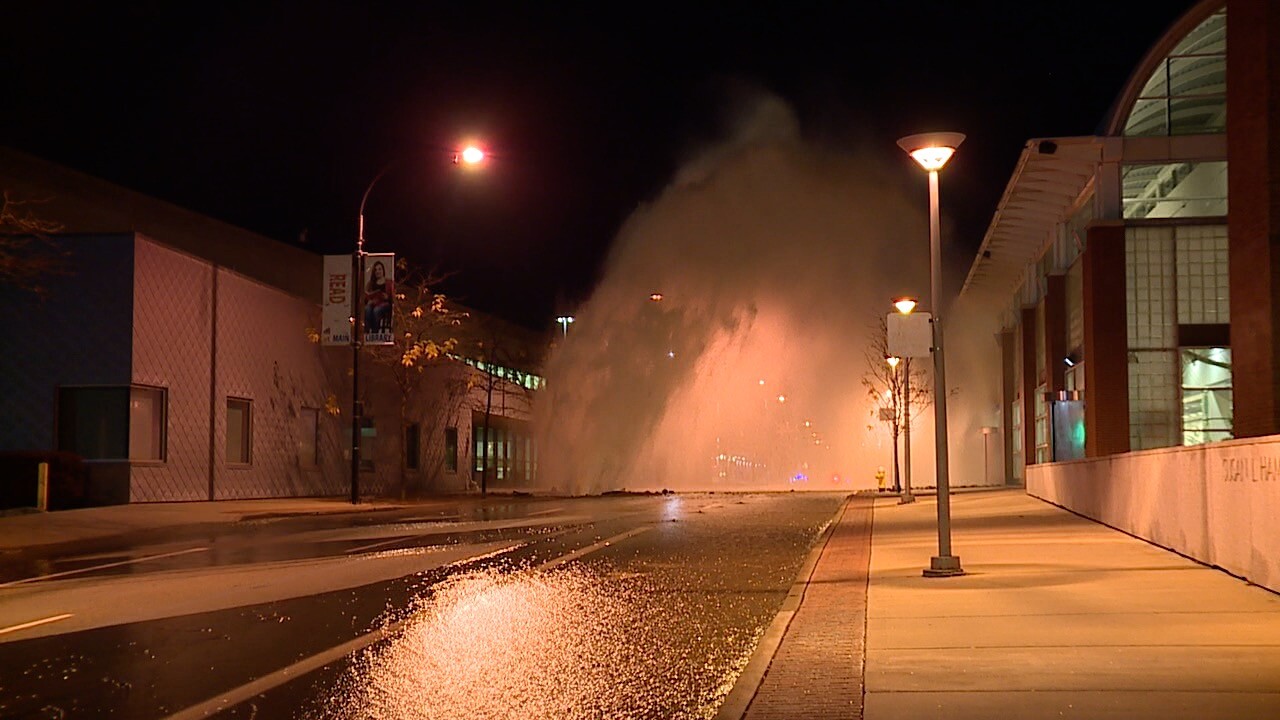 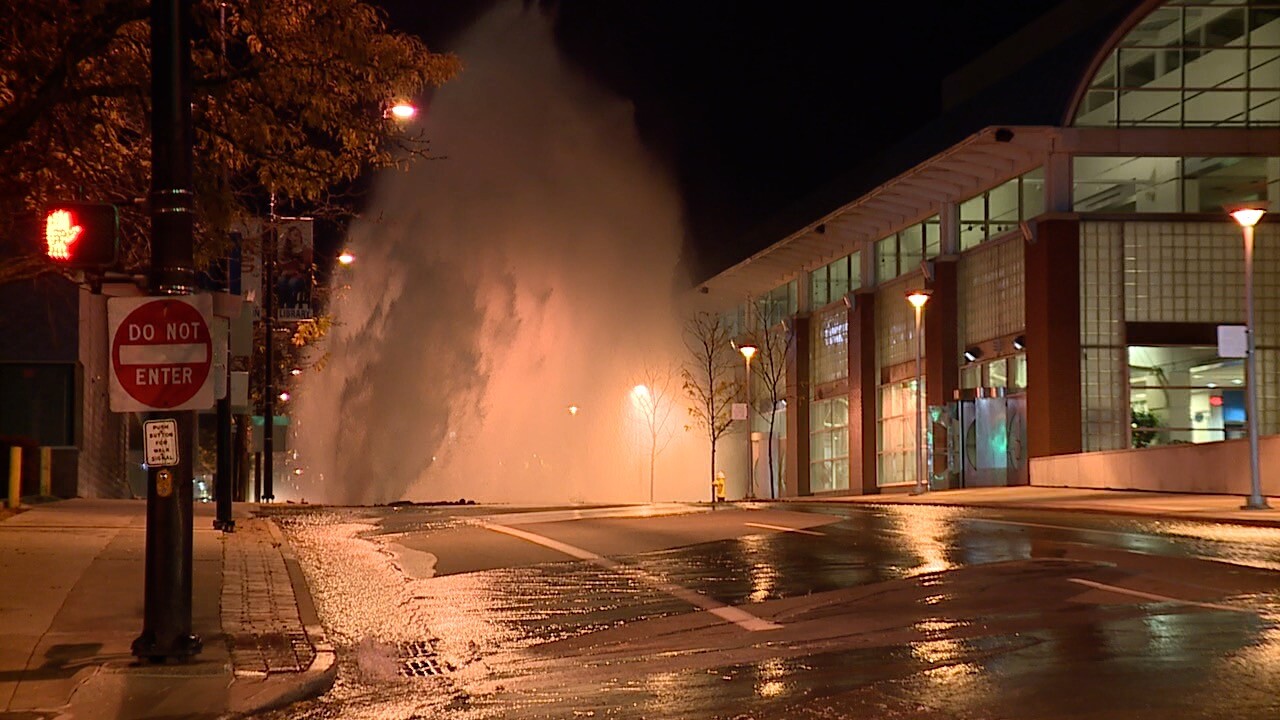 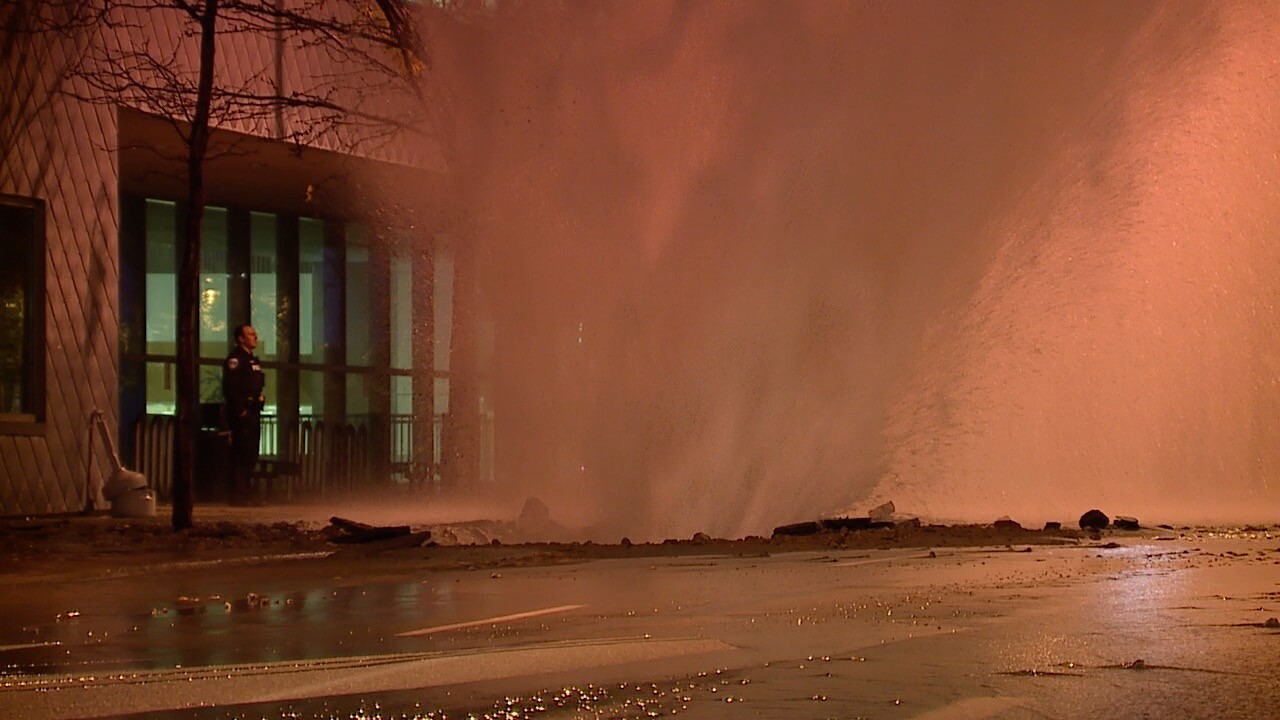 As of late morning, the massive hole left behind in the road had been patched and all lanes of traffic had reopened by early afternoon.

Update: Good news! S. High St. in Akron is open to one lane of traffic and crews have repaired the water main break. They’ll work on fixing the hole left behind next. pic.twitter.com/Tr7MZ4Naom

The break was in an 8-inch water line that serves a fire hydrant, according to a spokesperson from the city of Akron, and connects to a 20-inch water main, which did not break. Both were installed in 1921, according to the city.

The water did not cause any major damage to nearby buildings, according to staff at the John S. Knight Center and the Akron-Summit County Public Library.

"I would like to think that we have a plan for everything," said Gregg Mervis, president and CEO of the John S. Knight Center. "A 40-foot water geyser, we did not."

Mervis said the first priority was to make sure everyone was safe, including operations staff and overnight security who may have been in the building when the break took place at 2 a.m. The center followed a mitigation plan as they worked to get water out of the building and restore the first floor back to normal.

"At the worst, the water was flowing pretty heavy, and there was a decent amount of rocks and debris that was up in the air," Mervis said. "We made sure we stayed away from the windows."

Only a few glass panes on the outside of the building were damaged, Mervis said, and with cleanup mostly complete, fans spread across the floor inside continued to dry out the carpet that had been soaked by water.

Mervis said the building did not have any events scheduled for Monday but would be ready to go for an event Tuesday.

Across the street at the Akron-Summit County Public Library, executive director Pam Hickson-Stevenson said things could have been much worse if water had gotten into the building.

"It’s damaging in all buildings, but in a building that has many paper products, water is really a nightmare scenario," Hickson-Stevenson said.

A look at the damage. A very small hole in a 8” fire hydrant lateral. They have the sleeve ready to cover the hole just waiting on a tool. Goal is to open one lane of High ASAP. pic.twitter.com/kjWhjsP71G

Library staff said a morning class on microbusiness had to be canceled and would be rescheduled, as the library delayed its opening until 12 p.m. The building and its collections were not damaged, though Hickson-Stevenson worried they might be when she first received a call about the water line break

"Our magazine and newspaper collection is almost directly underneath where we’re standing right now, and our science and technology materials, which cover everything from cookbooks to pets to chemistry," Hickson-Stevenson said.

Mervis said he wasn't concerned about whether something like this could happen again.

"You try and plan for the worst, and it happened," Mervis said. "I’m not worried about it happening again. If it does, we’ll react the way that it did, but I think that we should be good going forward."