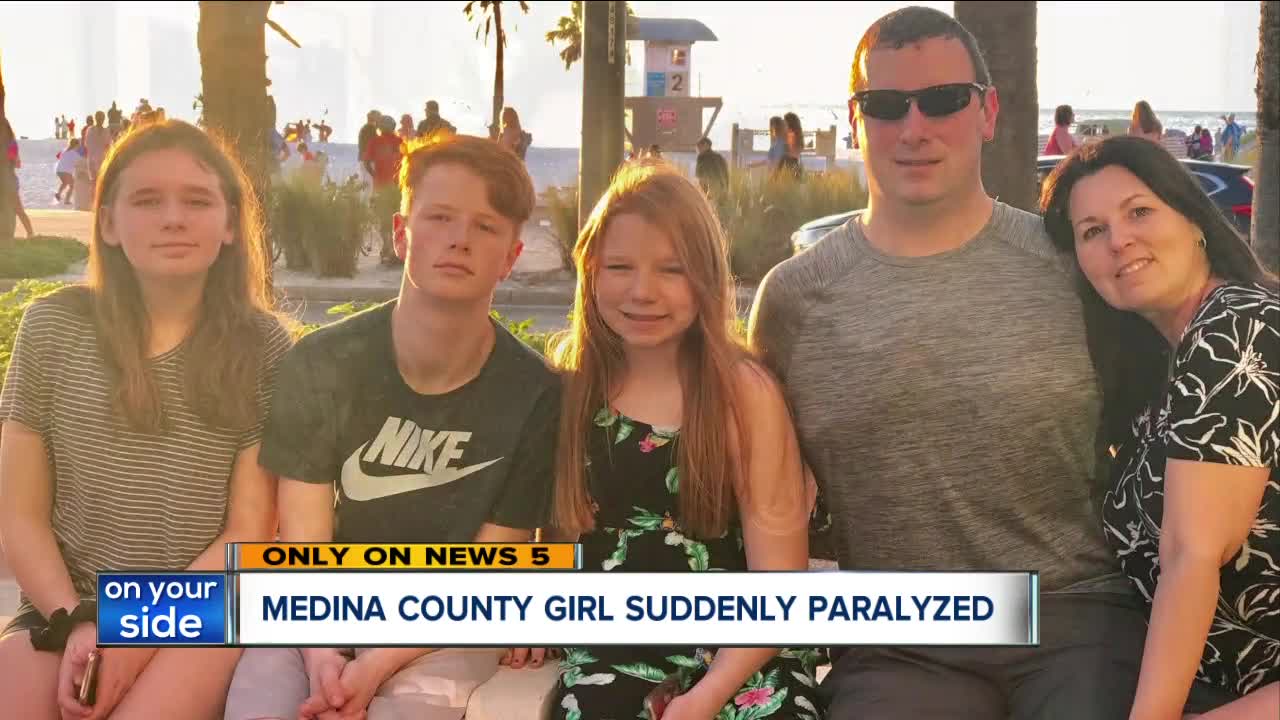 A 13-year-old girl complained about weakness in her legs on Christmas morning. By the next morning, she couldn't stand, and a trip to the hospital revealed she had an extremely rare neurologic disease. In spite of a grim diagnosis, Isabel is keeping a positive outlook. 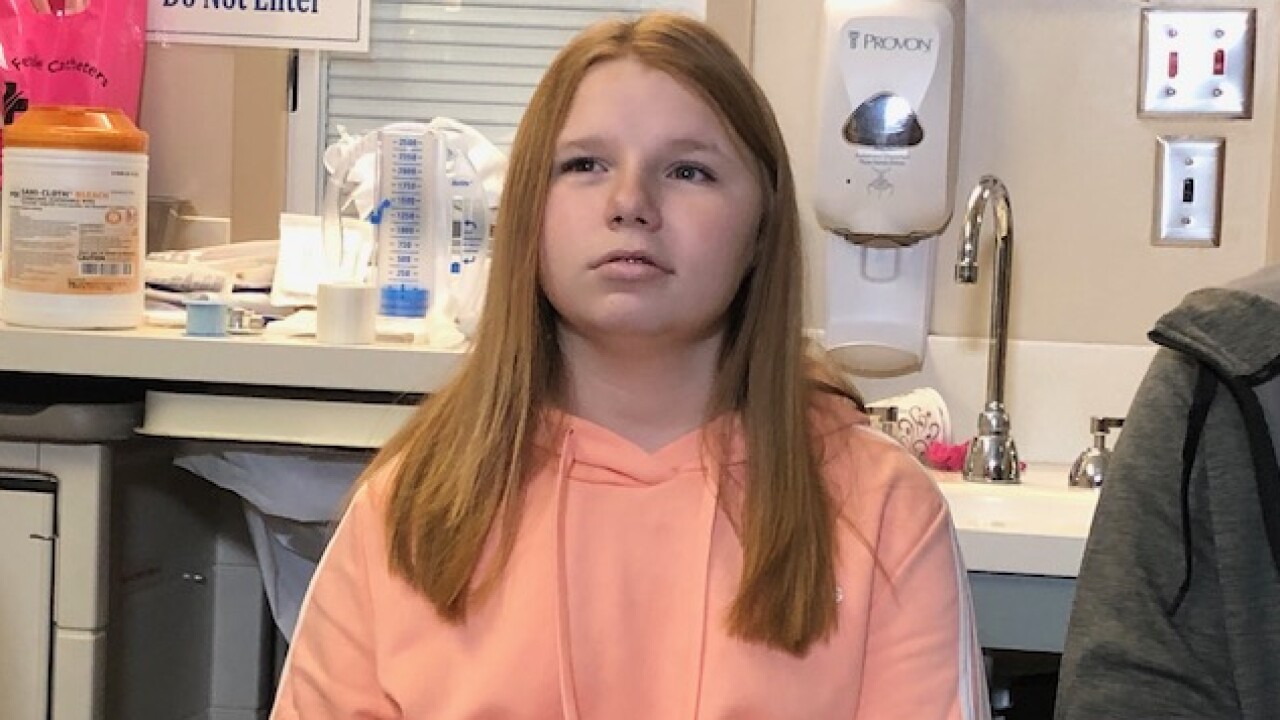 AKRON, Ohio — Noel and Bret Kirby tried to keep the "big gift" a surprise from their 13-year-old daughter, Isabel, by hiding the wrapped present behind a couch.

But the Chippewa Lake parents discovered the teen had done some snooping and they called her out on it Christmas morning.

"You know there's a gift that wasn't opened yet," Bret said. "And you know where it's at."

Playful back-and-forth moments between mom, dad and child were captured on cell phone video before Isabel, dressed in her pajamas, grabbed the gift and opened it.

Hours later, the family's joyful celebration turned to concern when Isabel started to complain of weakness in her legs. She thought it could be a muscle cramp or dehydration so she drank extra water, but things only got worse.

Noel rubbed her daughter's legs, gave her ibuprofen and tried to assure her she would be okay.

But the next morning, Isabel wasn't able to stand on her own. Her parents tried to get her to walk, but she couldn't.

The healthy seventh grader at Cloverleaf Middle School, who is also a catcher on her softball team, was suddenly paralyzed from the waist down. Bret picked her up and the family headed to their car, bewildered by what was happening.

"As he carried her over his shoulder, she lost bladder control so we knew it was something serious," Noel said.

Doctors at Akron Children's Hospital ran a series of tests, and after an MRI, Isabel was diagnosed with acute flaccid myelitis, a rare neurologic disease which causes inflammation of the spinal cord.

"First of all, it's just heartbreakingly tragic," said Dr. Eric Robinette, who specializes in pediatric infectious disease. "This is a one-in-a-million type of likelihood of this happening."

Doctors have told Isabel she may never walk again, but the girl with the radiant smile continues to show a lot of courage and is keeping a positive outlook.

"It's like your own story, so you could like walk again. That's what we're hoping for and stuff like that. You can walk again, or you could still be in a chair the rest of your life, but hopefully through rehab, I can try to get to walk again and gain my movement back," she said.

Isabel continues to work with physical therapists by practicing using her arms to lift herself out of a wheelchair. She has received multiple plasma exchange and steroid treatments.

"It did give my hip movement and sensation," she said.

Noel said she never imagined in a million years that something like this could happen to her healthy daughter, who also has a twin sister and an older brother.

"We can't comprehend. This doesn't seem real to us," Noel said. "This is a bad dream."

According to the U.S Centers for Disease Control, there have been more than 600 confirmed cases nationwide since the CDC began tracking the illness in August of 2014. Many of the cases involved children who were partially paralyzed.

There were 33 confirmed cases last year, including two in Ohio.

AFM has been called a "polio-like condition", but the CDC stressed all of the cases tested negative for the poliovirus.

In 2018, the CDC director called for the establishment of an acute flaccid myelitis task force to assist in the ongoing investigation to identify the cause of the disease and improve treatment for patients.

Dr. Matt Ginsberg, a neurologist at Akron Children's Hospital, said it's believed AFM is caused by a virus or the immune system's response to the infection. Experts have said the enterovirus is a leading suspect.

"The Centers for Disease Control and other groups are trying to identify what the precise cause is," Dr. Ginsberg said.

The Kirby family is grateful for a lot of community support during this difficult time. Isabel could remain in the hospital for several more weeks.

Their church, St. Francis Xavier in Medina, has started a prayer chain and parishioners continue to bring meals to the family.

"It's just amazing to see how many people are reaching out," Noel said.

Isabel said her friends and school administrators are also offering her support, giving her extra strength to be positive about her future.

The family has set up a GoFundMe for Isbabel here.