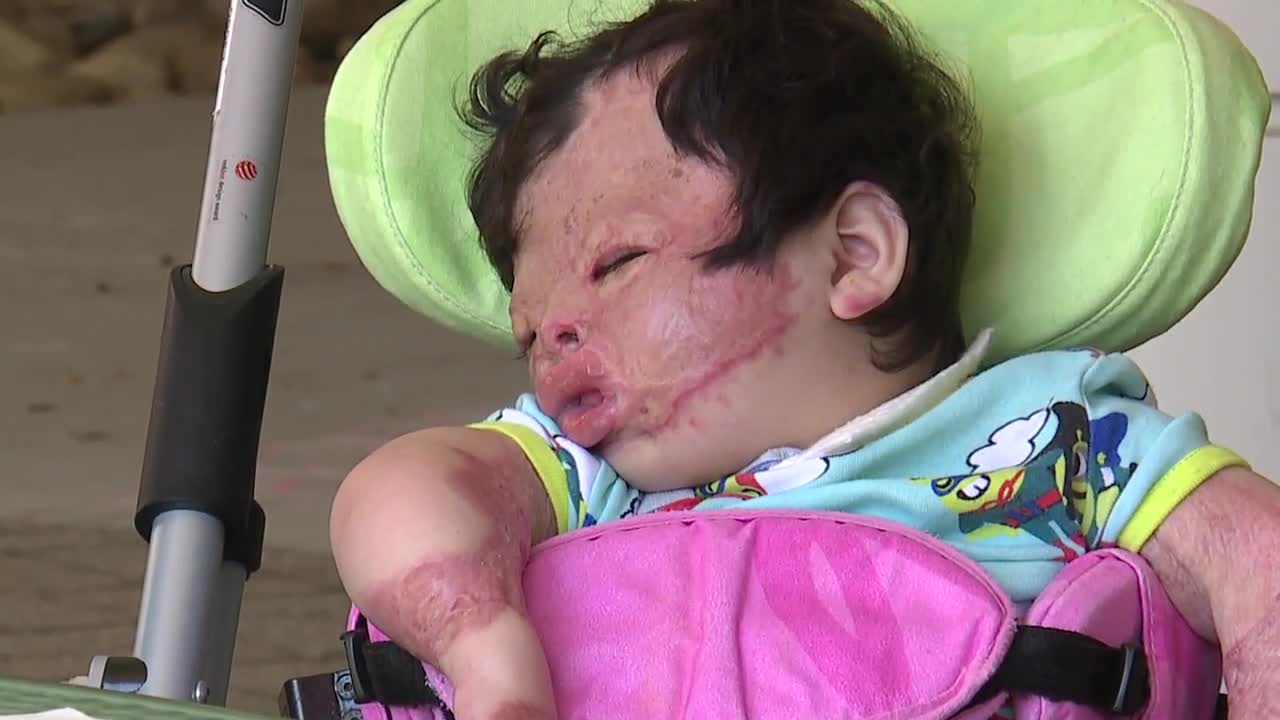 Domingo Abarzua has black hair, an adorable face and rarely cries. His quiet and calm disposition is remarkable to his family and doctors, considering the suffering the nearly one-year-old baby boy has endured. 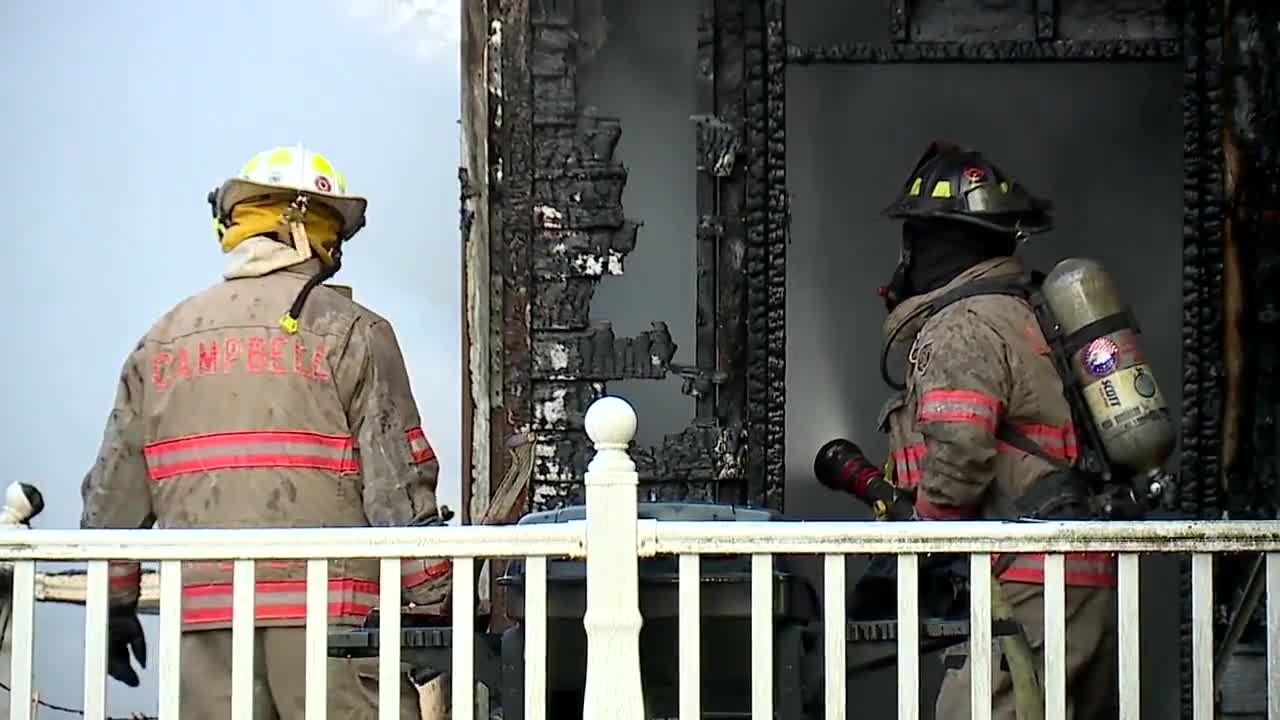 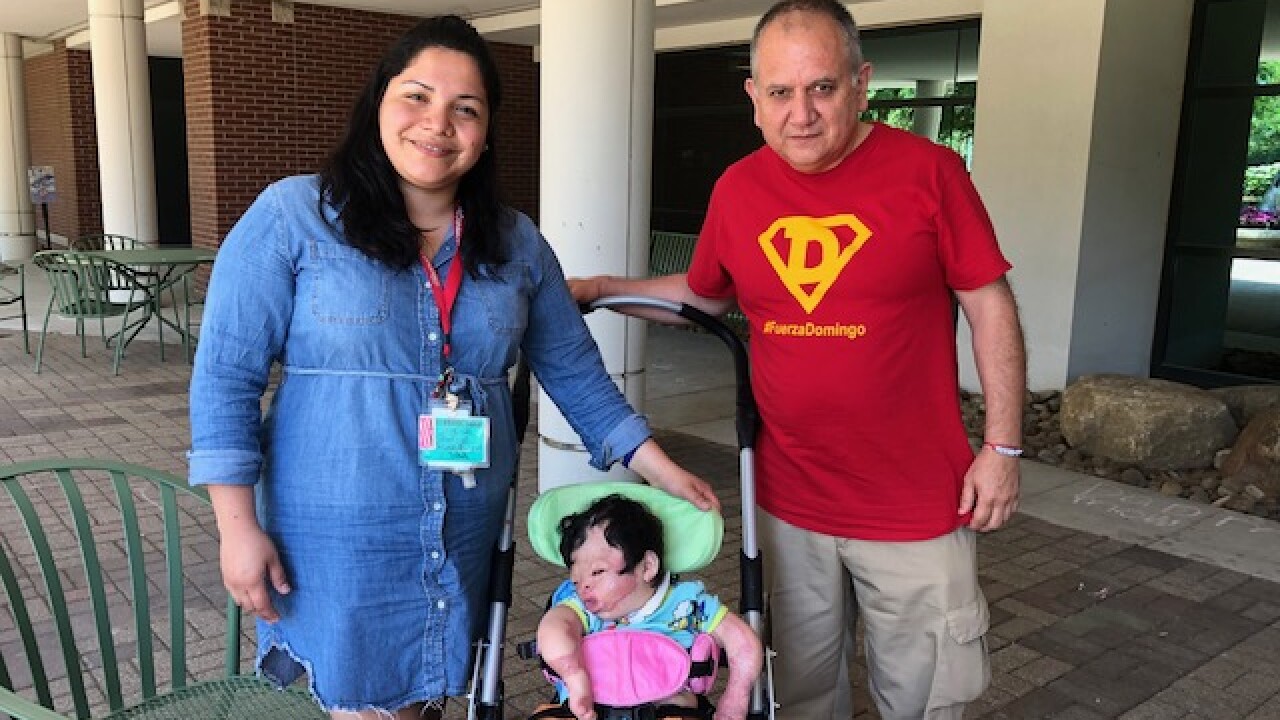 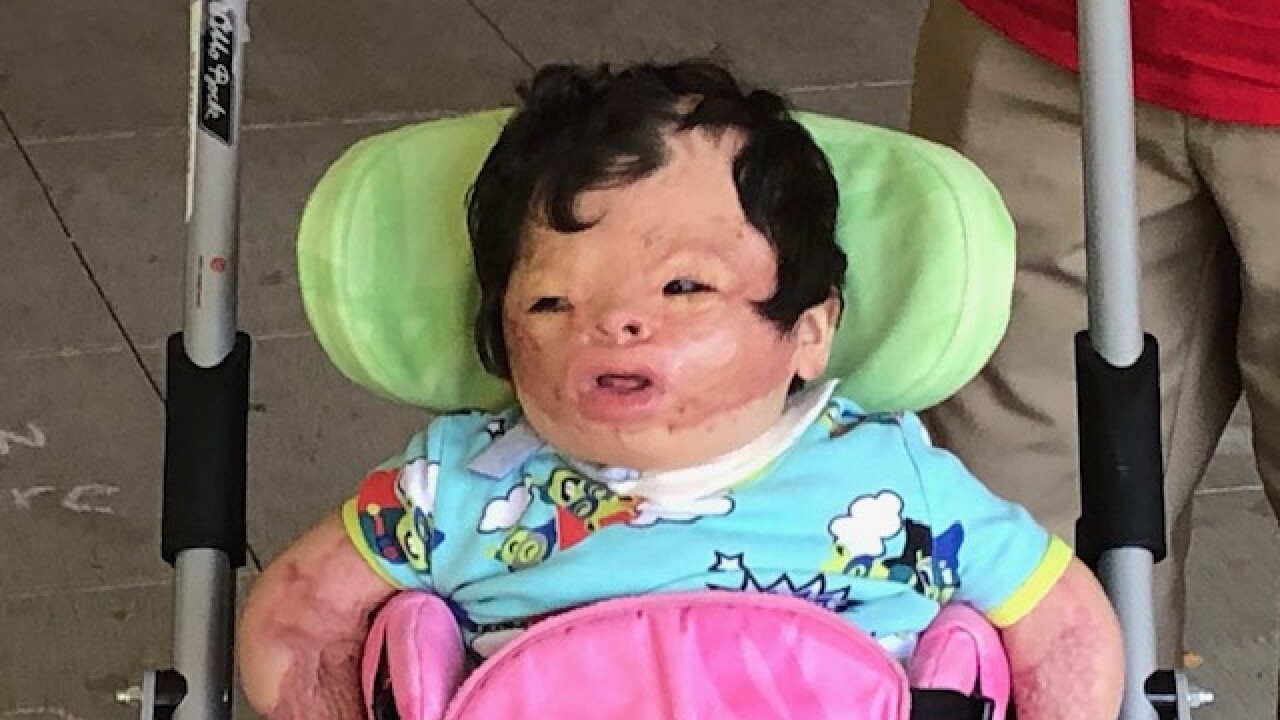 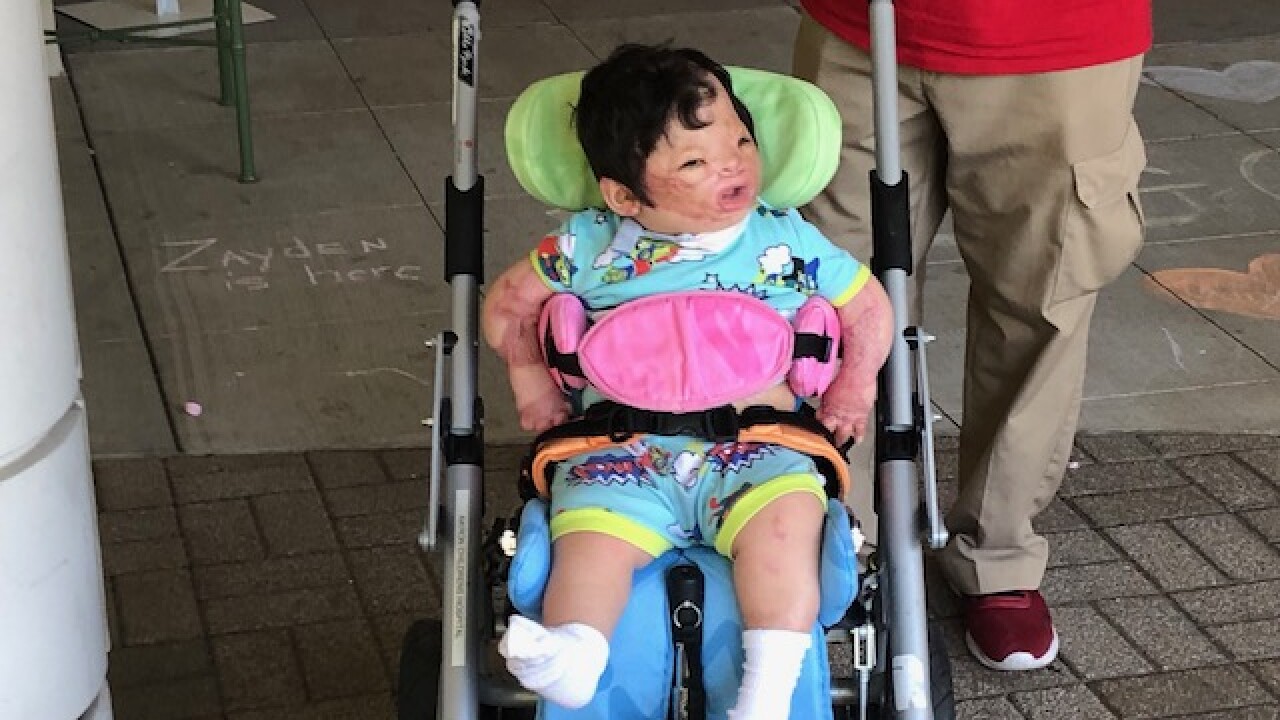 AKRON, Ohio — Domingo Abarzua has black hair, an adorable face and rarely cries. His quiet and calm disposition is remarkable to his family and doctors, considering the suffering the nearly one-year-old baby boy has endured.

"Watching Domingo fighting for his life, he taught us that we could not be less than him. Domingo has given us a lesson in life," said his mother, Maricela Daza, through Akron Children's Hospital interpreter, Sylvia Edwards.

Domingo suffered burns over a third of his body after a house near Youngstown caught fire last November.

He suffered burns on his face, torso, arms and legs. Some of the injuries were severe fourth-degree burns.

The baby has undergone nine surgeries, including some that amputated fingers and toes and skin grafts.

Daza said doctors initially indicated Domingo may not survive 24 hours after the fire, but he has proven to be strong and resilient.

On Monday afternoon, Domingo was discharged and the family left the hospital-- after eight months of treatment-- to restart their lives in an Akron rental home.

"I feel that since we've been in the hospital, perhaps this is the first time where I feel all my emotions coming together because it's a very emotional moment for us," Daza said.

The baby's story of survival has inspired many people in the hospital, including social worker Cassie Harhager.

"He's come such a long way. He's like a typically developing child right now it seems. He sits up. He can hear. He can interact," Harhager said.

The fire broke out at the family home in Struthers. Domingo was asleep in a carrier in the kitchen while his mother was brushing snow off the front steps.

In those few minutes, Daza was approached by a man who told her smoke was coming from the home.

"Everything happened so fast. At that moment, all I thought was I have to go in and get Domingo," Daza said.

Daza entered the first-floor door and suffered burns while making her way through the smoke to the kitchen. She tried to escape with Domingo through the same door but couldn't.

"When I opened the door, the smoke was very hot and it became flames so I went to the basement," Daza said. "We had a door that exited the house in the basement."

According to Daza, firefighters determined the cause of the fire at the rental home was electrical. All of the family's belongings were lost and they did not have insurance.

Daza's husband, Orlando Abarzua, said he's grateful to the hospital which has given him a job in the housekeeping department and Daza appreciates a GoFundMe account which has been set up to help the family through the very difficult time.

"We have to be clear, we're starting from zero. We have nothing and Domingo will face many years of needing stability," she said.

Domingo still has a long road ahead of him, including multiple physical, occupational and speech therapy appointments as well as future laser surgeries in areas where he has scars.

Daza said she's preparing herself to care for Domingo 24/7 and is looking forward to his promising future.

"I have expectations that he will be able to lead a normal life, the best life possible," she said.