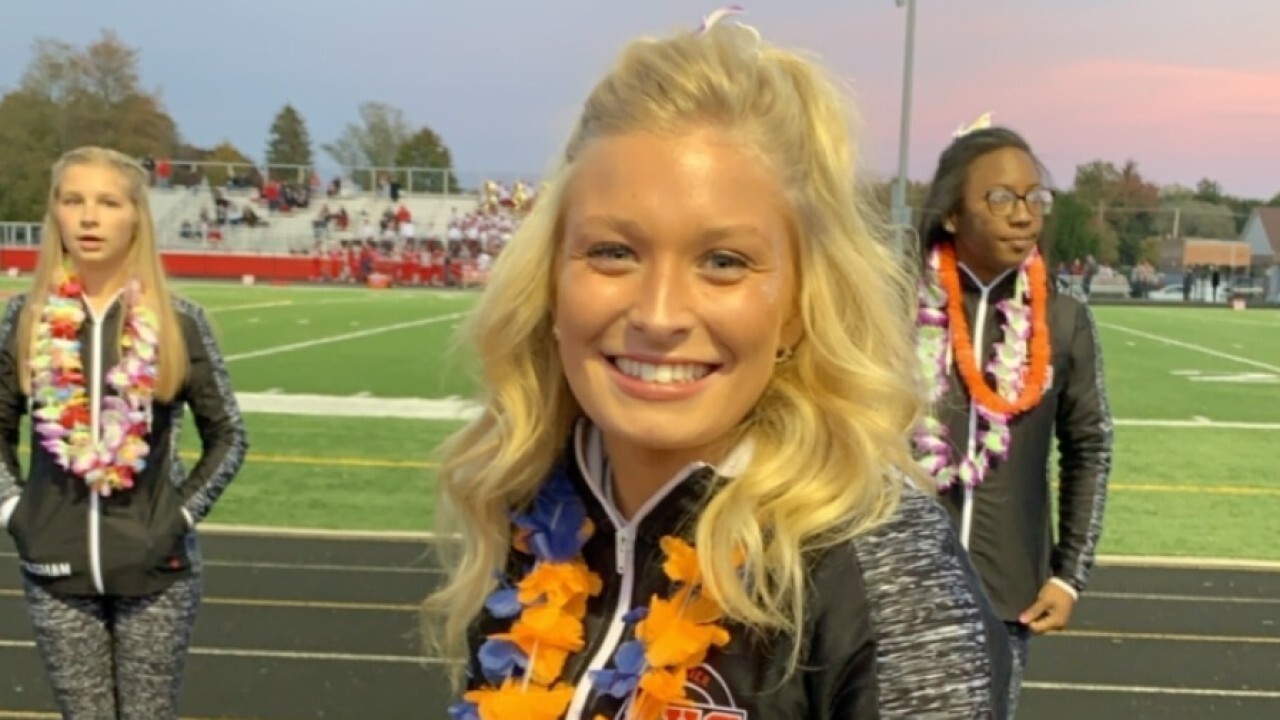 Norton cheerleader Emma Pfouts is fighting for her life after a severe allergic reaction at her homecoming dance.

AKRON, Ohio — Emma Pfouts is defeating the odds and making “significant progress” in her months-long road to recovery after she fell critically ill following an asthma attack at her school’s homecoming dance last year.

Her mother, Christina Weigand, posted an update on the progress that her daughter has made since Christmas day, which includes voluntary movements such as moving her legs and opening and closing her eyes on command.

Every day since Christmas, Emma's family has witnessed reactions and progress they were told might never happen. On Thursday, Emma laughed when her family reminisced about past events.

“This tells us she REMEMBERS!! I literally have tears in my eyes typing this,” Weigand wrote on Facebook. “Not only does she recognize us, her family, and her close friends, she remembers stories and things that have happened to her in the past!!"

Emma's progress made by showing emotions and recognizing her family members marks a significant moment in her recovery, because at the time she was admitted to the hospital, her mother said Emma was “given hours to live.”

It's been a roller coaster of emotions since the Norton teen was placed in a medically-induced coma. On Oct. 19, 2019, Emma was at the homecoming dance when she started struggling to breathe. A police officer watched as Emma walked to her car to grab her asthma inhaler, but as she returned to the building, the officer noticed the teen was in serious trouble. She never made it back inside.

Three weeks after being placed in a medically-induced coma, Emma began swallowing, yawning and moving her eyes, as well as moving her hand.

On Thursday, doctors at Akron Children’s Hospital delivered news that her family has been praying for since day one: that she has graduated to inpatient rehabilitation as of next week.

"This week, Emma has proven she is a fighter and SHE IS THERE! She has thoughts, she does remember things, she is way beyond what anyone said she would do and we couldn’t be happier," Weigand said. "The things she has done this past week, while they may seem like little accomplishments, they are actually monumental feats for her.