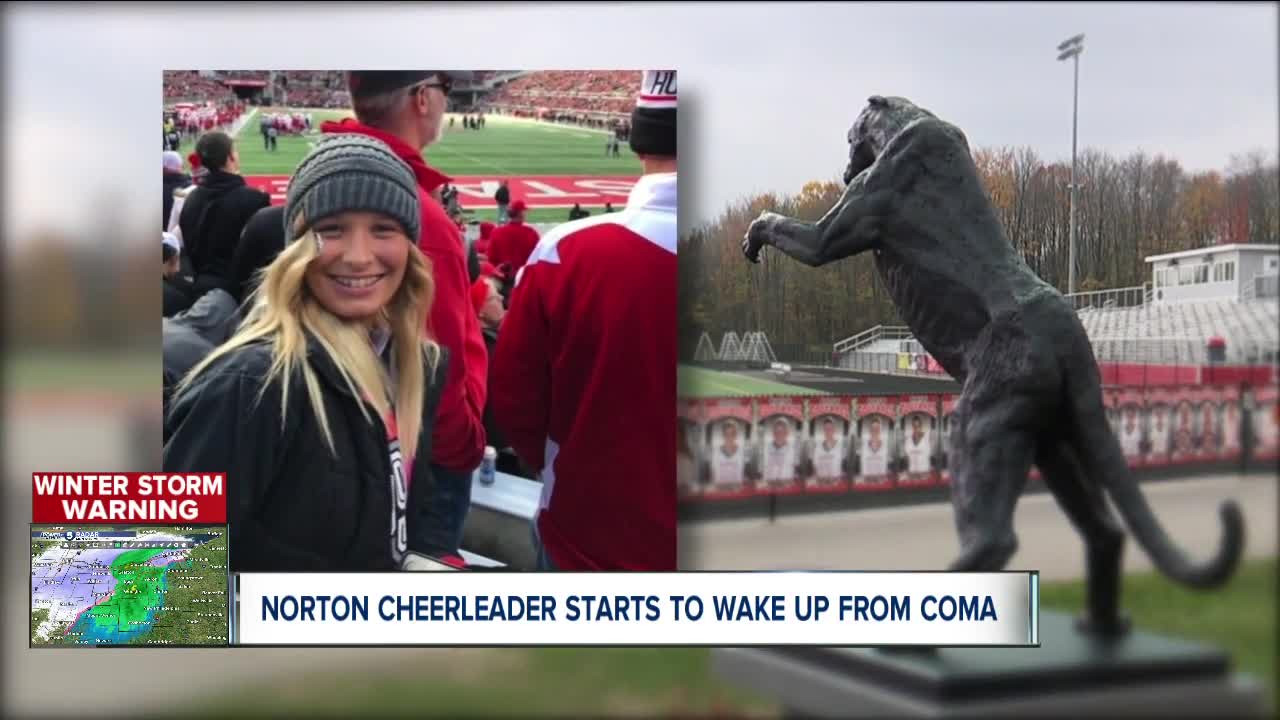 Emma Pfouts, the Norton cheerleader who was placed in a medically-induced coma after suffering a severe asthma attack at her school’s homecoming dance, made her first movements this weekend, according to her mother Christina Weigand. 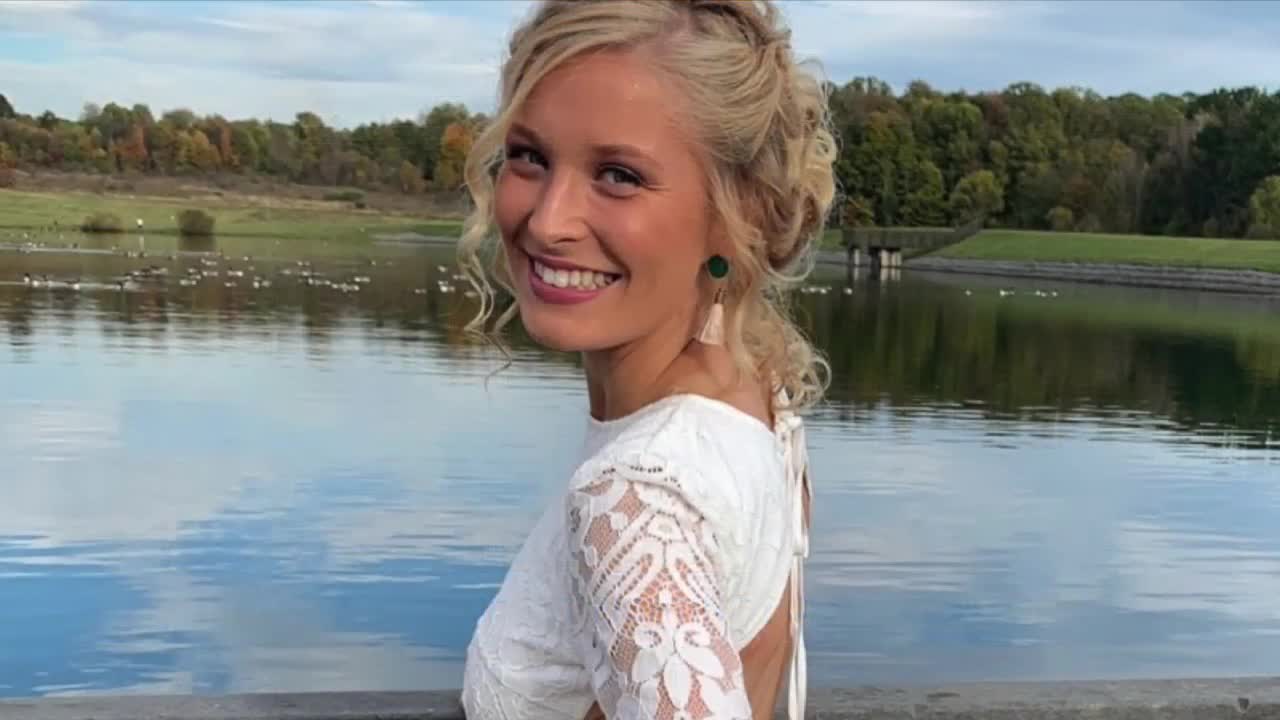 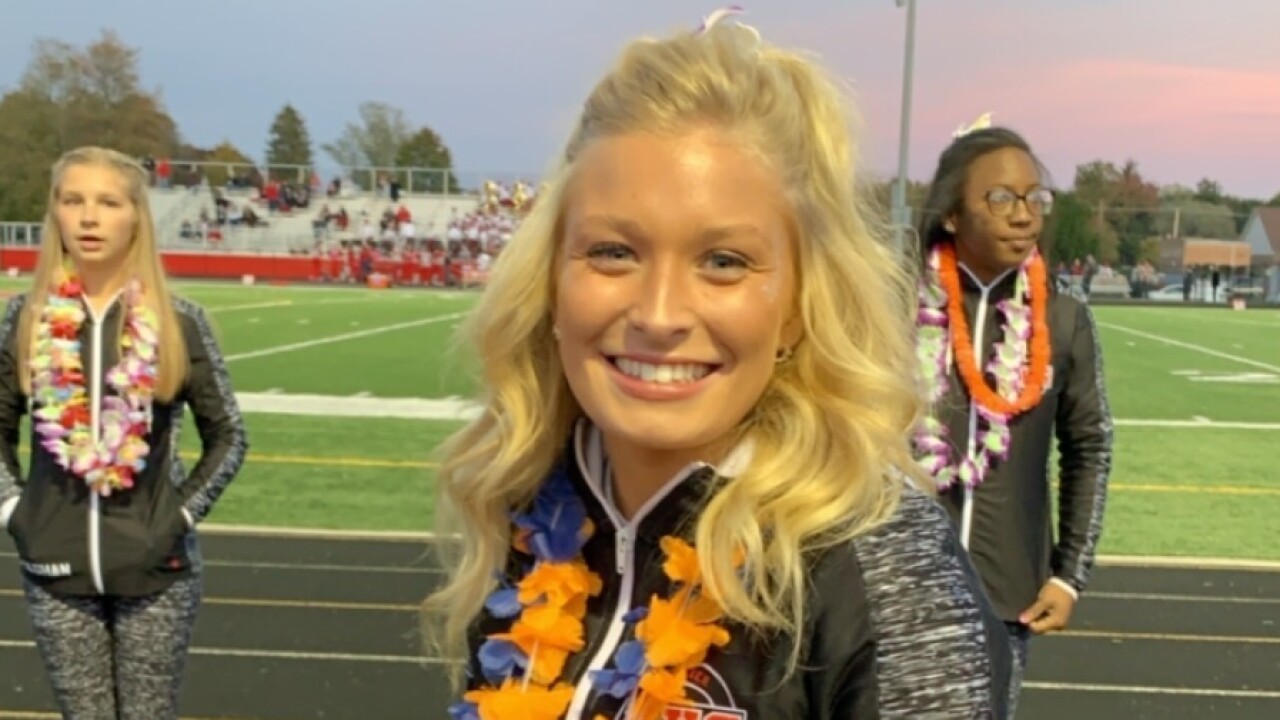 NORTON, Ohio — Emma Pfouts, the 16-year-old Norton cheerleader who was placed in a medically-induced coma after suffering a severe asthma attack at her school’s homecoming dance, made her first movements this weekend, according to her mother Christina Weigand.

On Oct. 19, Emma was at the homecoming dance when she started struggling to breathe. A police officer watched as Emma walked to her car to grab her asthma inhaler, but as she returned to the building, the officer noticed the teen was in serious trouble. She never made it back inside.

Weigand said her daughter was revived twice through CPR, and during her second day at the hospital, doctors told the family that the teen could have less than 12 hours to live.

Three weeks after being placed in a medically-induced coma, Emma began swallowing, yawning and moving her eyes, as well as moving her hand.

“On Saturday, as they were starting to wean back the meds, we had seen that the first sign was she was kind of holding my hand, like I had my hand underneath her and I felt her fingers move,” Weigand said.

Weigand posted a video showing Emma moving her hand in her bed at Akron Children's Hospital, bringing her family to tears.

On Sunday, she said, Emma started opening her eyes.

“The eyes were kind of the biggest thing that she had, and she kind of tracked me from the head of the bed to the foot of the bed,” Weigand said.

Of her daughter’s progress, Weigand said, “Oh, it’s incredible. I mean, we’re very emotional and we just, just to see anything, I mean, I hadn’t seen her move in three weeks, so just to see her move was amazing.”

Emma’s mother, along with her stepfather Chris Weigand, told News 5 that doctors warned them recovery may be slow but that they could expect to see more signs of improvement in the future.

Emma’s family remains optimistic and is grateful for all of the support they have received from those in the community and beyond.

“We are incredibly humbled & GRATEFUL by the support everyone has given to all of us. We know this is just ONE SMALL STEP she has accomplished & she has a long way to go but we are comforted in knowing you all will be cheering & praying for her along the way,” Weigand wrote on her Facebook page.

A GoFundMe account has been set up to help Emma and her family. You can learn more about supporting Emma by clicking here.

RELATED: 'We love you Emma!' — Norton 'roars' for cheerleader in coma