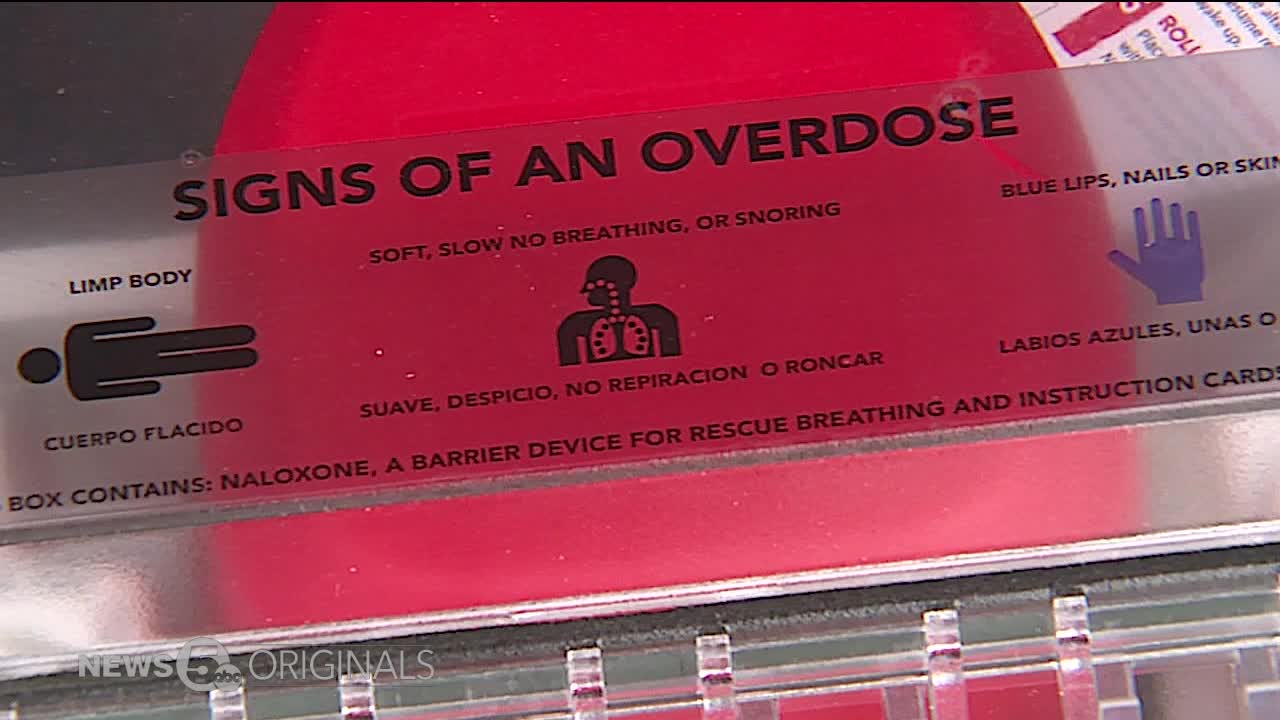 The city of Green is taking a unique approach to the ongoing opioid epidemic by placing wall-mounted opioid rescue kits in several hotels along the I-77 corridor. 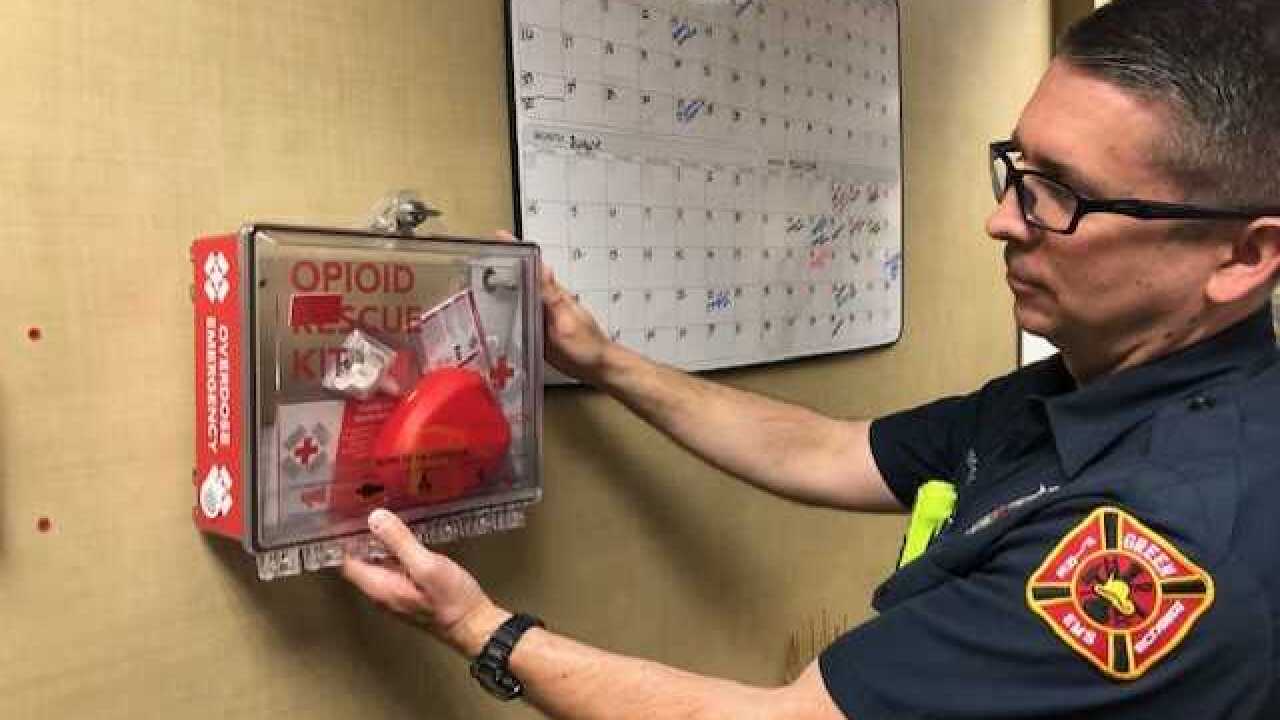 GREEN, Ohio — The city of Green is taking a unique approach to the ongoing opioid epidemic by placing wall-mounted opioid rescue kits in several hotels along the I-77 corridor.

Summit County Public Health will train all of the hotel employees on how to administer Narcan, which can reverse an overdose. The kits contain two doses of Narcan as well as a mask for rescue breathing.

The kits, called Naloxbox, will be installed in June at Cambria Hotel and Suites, Super 8, Hilton Garden Inn and Steve's motel. City leaders are also having conversations with five other hotels in Green.

The idea was brought to Green's mayor by Greg McNeil, of Hudson. His son, Sam, died three years ago in Florida from a heroin overdose.

"As a family, we couldn't have been more blindsided. We just didn't see this coming," McNeil said.

McNeil started Cover2 Resources, a non-profit group dedicated to making a difference in the opioid epidemic.

McNeil said Green will be the first city in Ohio to put the Narcan kits in hotels.

Green has seen 260 overdoses over the last five years and around 20% of them happened in hotels or nearby parking lots.

In 2016, several people were charged after 16-year-old Andrew Frye died from a heroin overdose at Super 8 on Corporate Woods Parkway.

Jeremy Chambers, a Green fire medic, said while the kits may be a new idea, he also believes it's a necessary one.

"I think of it as your car. If something goes wrong with your car, depending on what it is, you need a tool to be able to handle that or fix it. If I just let it go, I think it's gonna fix itself, that doesn't happen," Chambers said. "We need a tool that's readily available. That way, I can help that person."

Each box costs $245. Summit County Public Health is using grant money to pay for them.

"This gives people that are right there, bystanders, an opportunity to help these folks that are overdosing while 911, first responders are getting there," McNeil said.

Chambers stressed hotel workers are protected by Good Samaritan laws if they try save a guest with Narcan, but the person dies.

"If you think with CPR, same thing with Good Samaritan laws, you're protected by helping that person," Chambers said.

Shawn Danko, the general manager at Cambria Hotel and suites, called it a community-wide effort to to attack the epidemic and said he's glad his workers will be trained in the event of an overdose.

"When you start seeing kids dying daily from this, it's gotten out of control and we need to step up, not only as a business, but as a community, as fire, as police to really take a handle on this and try to figure out a way to make it end," Danko said.

"I believe that it absolutely is going to save lives."