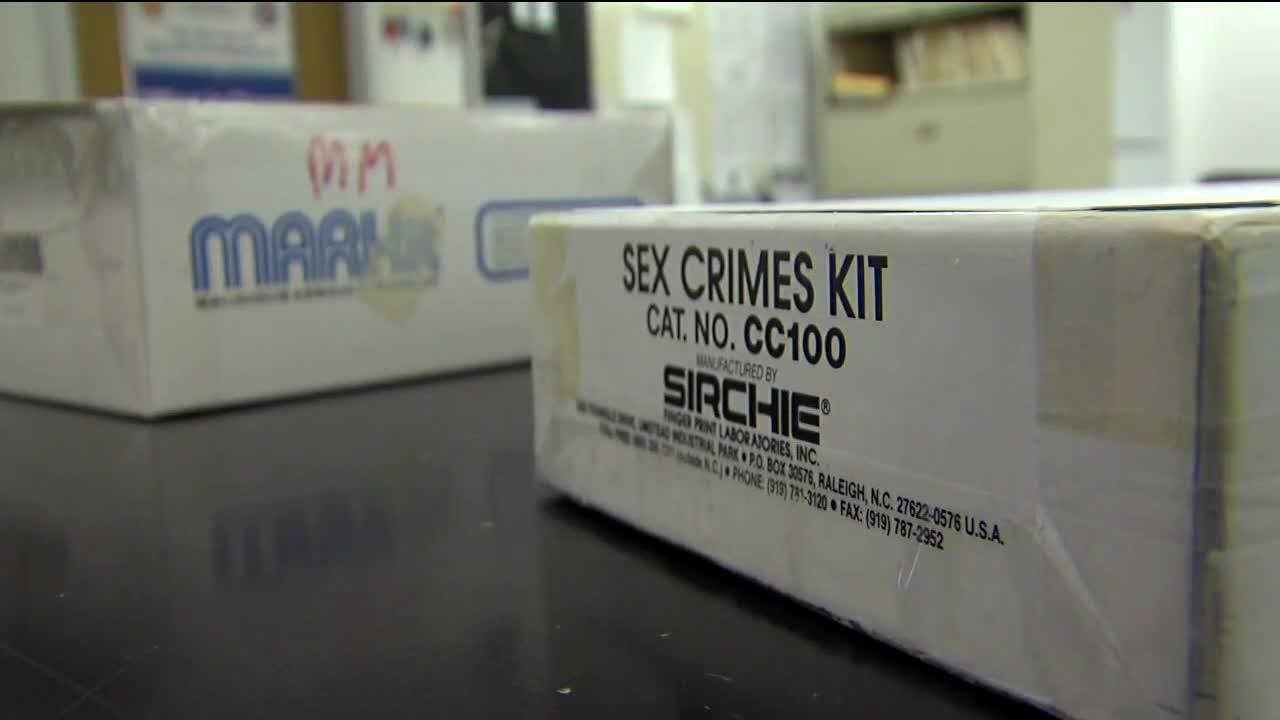 Some of them sit on the floor, others are stacked on top of a cabinet, one box stands out.

The word "serial" is written in black marker on the side of it.

The cases are a top priority for the newly-formed Akron Sexual Assault Kit Initiative (ASAKI) unit because up to 30 different men could each be linked to two or more rapes that happened between 1993 and 2012.

"Obviously, those are the worst of the worst and by getting them off the street, it's found that you can actually prevent a gamut of other crimes," said Detective Patrick Armstead, who is a part of the unit.

Armstead, along with Detective Paul Siegferth and Detective Crystal Bowen-Carter will work closely with the Victims Assistance Program of Summit County, the Rape Crisis Center of Medina and Summit Counties and a Summit County assistant prosecutor.

The unit, which was created through a three-year $1 million U.S Department of Justice grant, will reexamine up to 1,400 cold case rapes.

"It is a lot of work, but it's going to be rewarding," Siegferth said. "It's a challenge because we have to re-interview these victims that have put this behind them, moved on with their life."

Many rape kits were not submitted for DNA testing until 2012, but results through the Ohio Bureau of Criminal Investigation, have provided hundreds of leads on the samples.

The ASAKI unit is now taking a closer look at DNA results pointing to specific suspects and others cases that appear to be linked to unsolved sexual assaults committed by yet unnamed suspects.

Victim advocates will come with police when survivors are interviewed, something the team feels is extremely important.

"Obviously, it's going to be traumatizing for a lot of people. I think the police, and us as advocates, are going to have some apologizing to do to some of these victims because these cases are so old," said Samantha Clark from the Victims Assistance Program.

Jasmine Jones, from the Rape Crisis Center, stressed the healing process is different for each survivor.

"If this happened 20 years ago and now we're coming to reopen this, some may be happy that justice is coming. Others may not," Jones said.

Once detectives develop strong cases on suspects, files will be turned over to a prosecutor to consider charges.

The unit is confident a second look will lead to long overdue charges against many rapists.