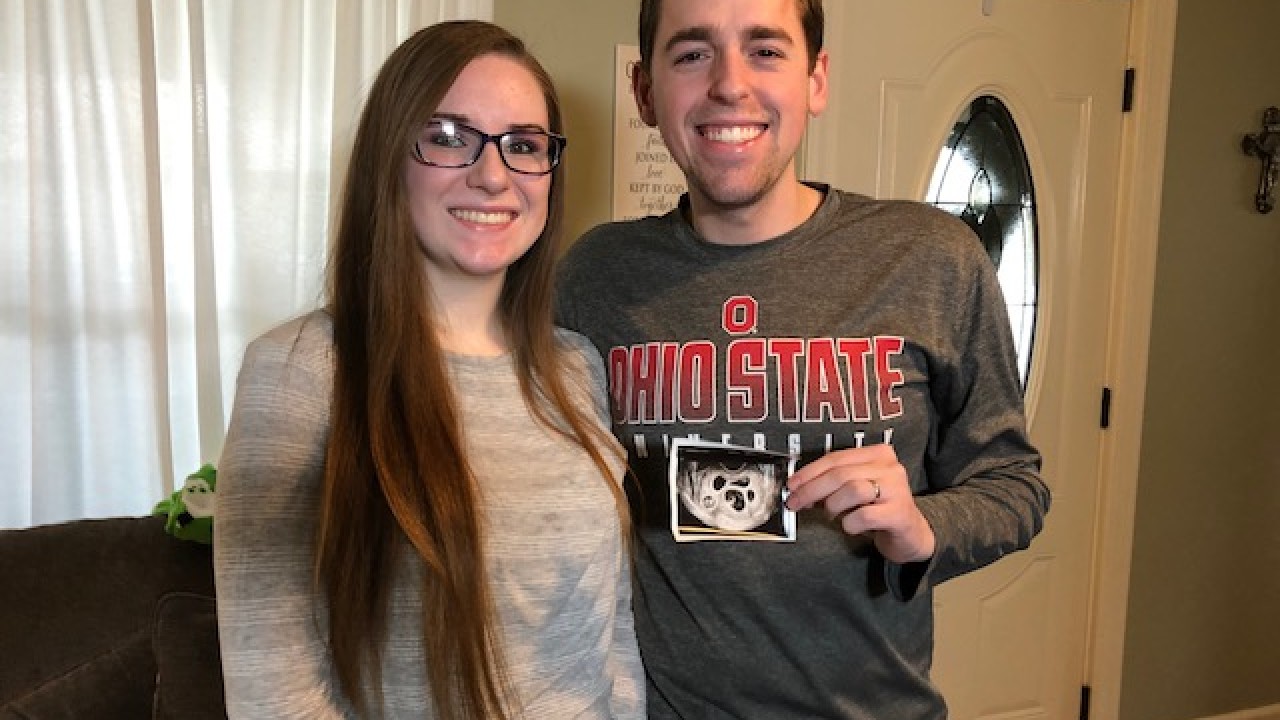 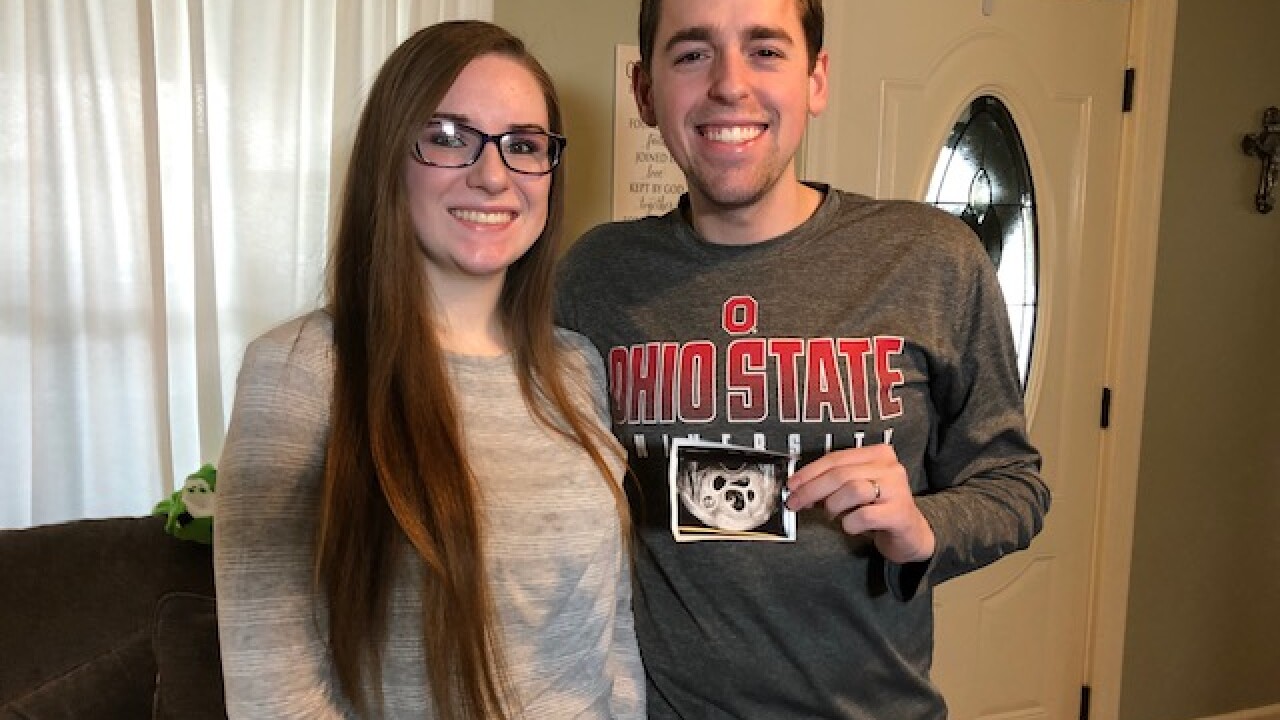 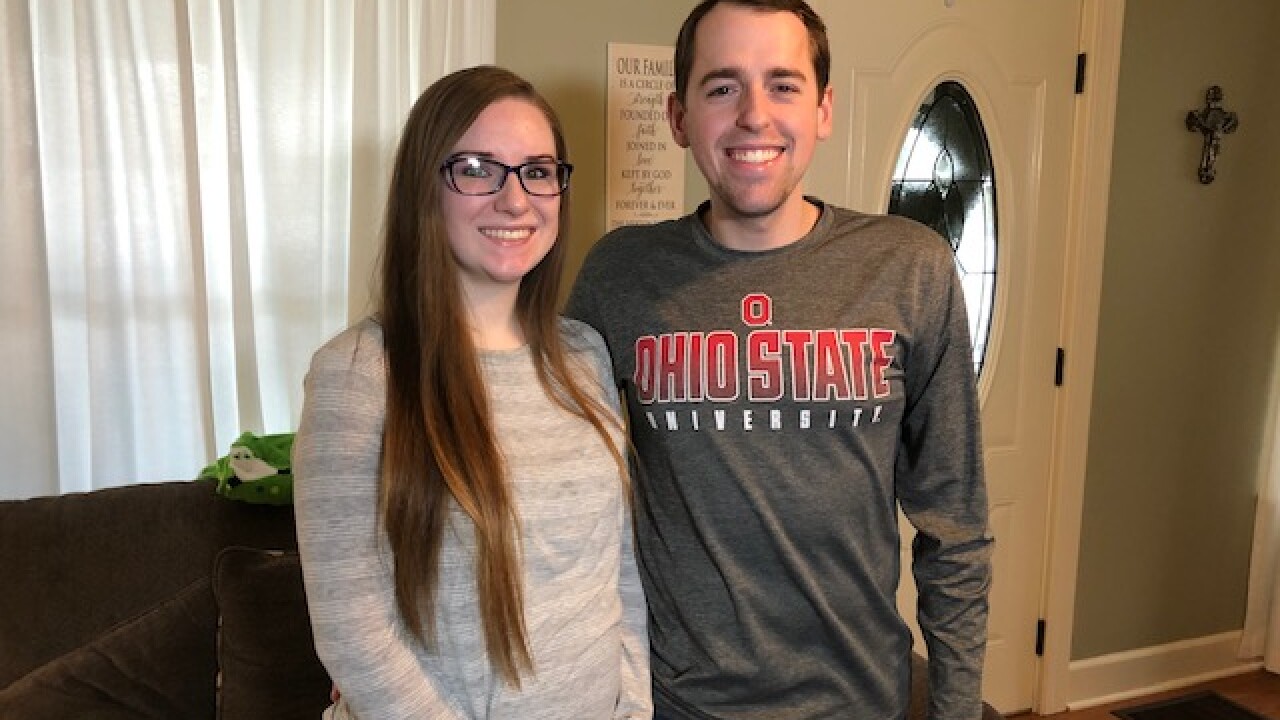 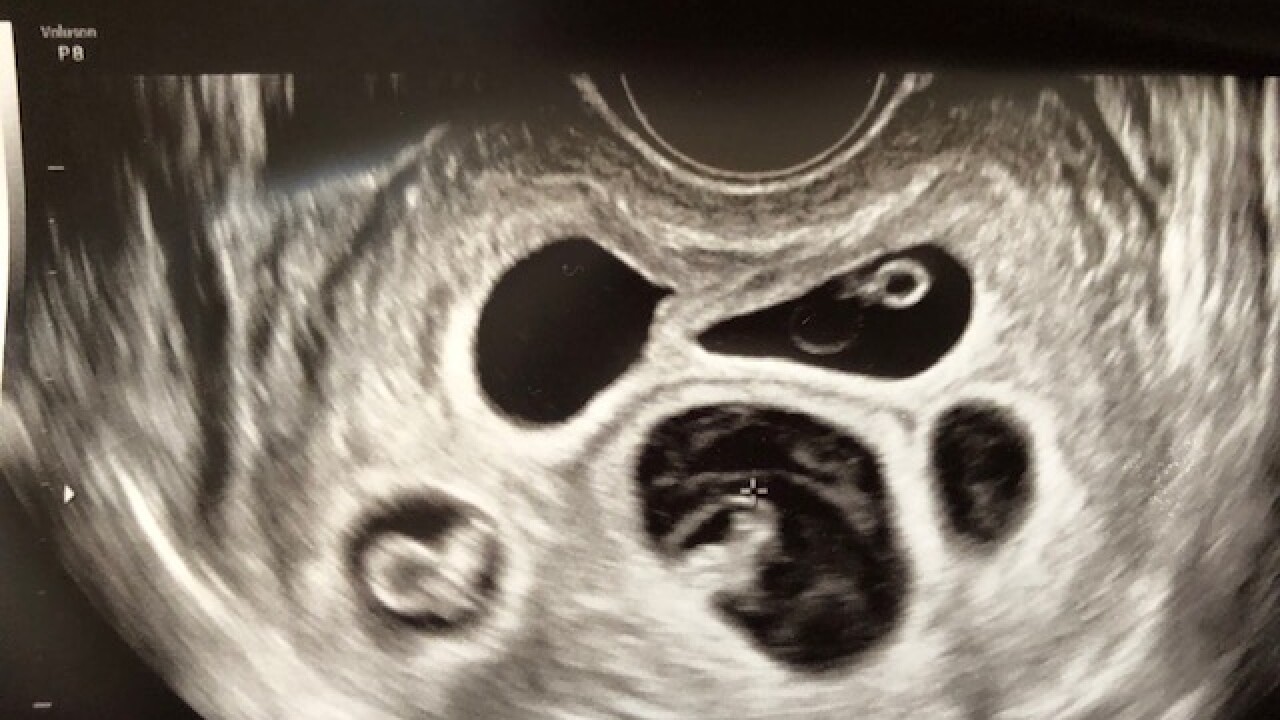 BARBERTON, Ohio — Not long after Hannah and Jacob Merton married in 2017, their focus turned towards starting a family. The sweethearts, who met on the Norton High School bowling team, were 18 and 19-years-old when they took their vows. Hannah, who has seven siblings, and Jacob, who has one brother, were anxious to have kids.

However, getting pregnant didn't come easy for the Barberton couple.

"We tried for a year and it just wasn't happening," Hannah added.

They went to a fertility specialist who prescribed Letrozole, a medication used for infertility treatment, and last October a doctor delivered some stunning news.

"I almost passed out just from shock," Hannah recalled.

At first, an ultrasound revealed Hannah's longtime wish had come true-- twins-- that would be labeled babies A and B, but upon closer inspection, babies C, D and E were also discovered.

"She kept looking and she was measuring and counting and re-counting and finally after it was over, she had to pull up a chair because she was so shocked and she was like, 'You're having five babies.' I was just like, 'How is this even possible? What?'"

Jacob, who was already smiling ear-to-ear over the twins, kept grinning, but he was floored.

"It really was just a surreal kind of feeling. I don't even know how to put it into words. It's just unbelievable really," he said.

Hannah is now 19 weeks along with three girls and two boys, which she predicted when she first learned of the quintuplets. The couple is still working on coming up with names.

"A lot of people have a hard time narrowing it down to one name. We have to come up with five," Jacob said.

Their due date is June 16, but the quints will likely come into the world early, in March or April. High-risk obstetricians from Akron Children's Hospital will deliver the babies at Summa Akron City Hospital. Hannah said her personal goal is to make it to at least 30 weeks. Doctors have told her the babies are doing well.

The mother-to-be said the pregnancy has been great. She has been sleeping fine and hasn't experienced any morning sickness.

"I haven't really felt anything yet. I don't know if it's just because it's my first pregnancy, so I could be feeling things and I just don't realize it."

Hannah, who is now 20, and Jacob, 22 enjoy looking at new ultrasound images as the babies continue to grow.

"I just love looking at their profiles like their little noses and everything," Hannah said. "Some of them, they like to photobomb each other."

The couple admits they're somewhat scared about losing sleep, thinking about needing five of everything, and caring for multiple infants at once inside their Barberton home.

"I don't even know how many thousands of diapers we're going to go through," Hannah said.

However, Hannah and Jacob take comfort in knowing they have a large family along with many friends who have offered to help.

"I have a lot of sisters that live really close, tons of people that we don't even know have been volunteering to help," Hannah said.

The couple said they also need to start saving money to buy a larger vehicle since they both drive five-passenger cars. Hannah's sister has started a GoFundMe Page to help out with expenses.

Hannah quit her job at Acme and plans to stay home with the quintuplets. Jacob works for Aldi, but he will graduate from the University of Akron in May and plans to pursue a career in financial planning.

They both stressed feeling blessed about their five surprising bundles of joy.

"I just believe God won't give us anything that we cannot handle," Jacob added.

According to the most recent statistics from the Centers for Disease Control and Prevention, in 2018, there were only 10 sets of five babies or more born out of nearly 4 million births.