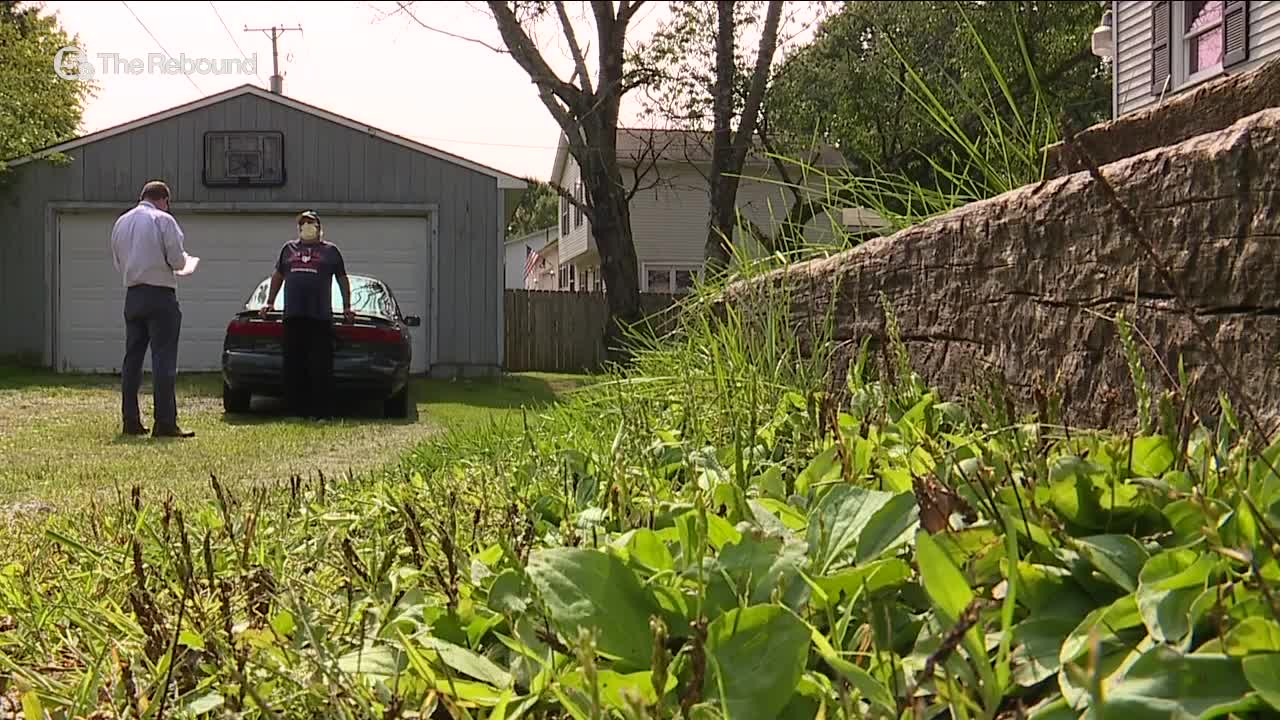 Michael Von Gunten lost his job as a machinist at Rubbermaid in December of 2019 after the company downsized. 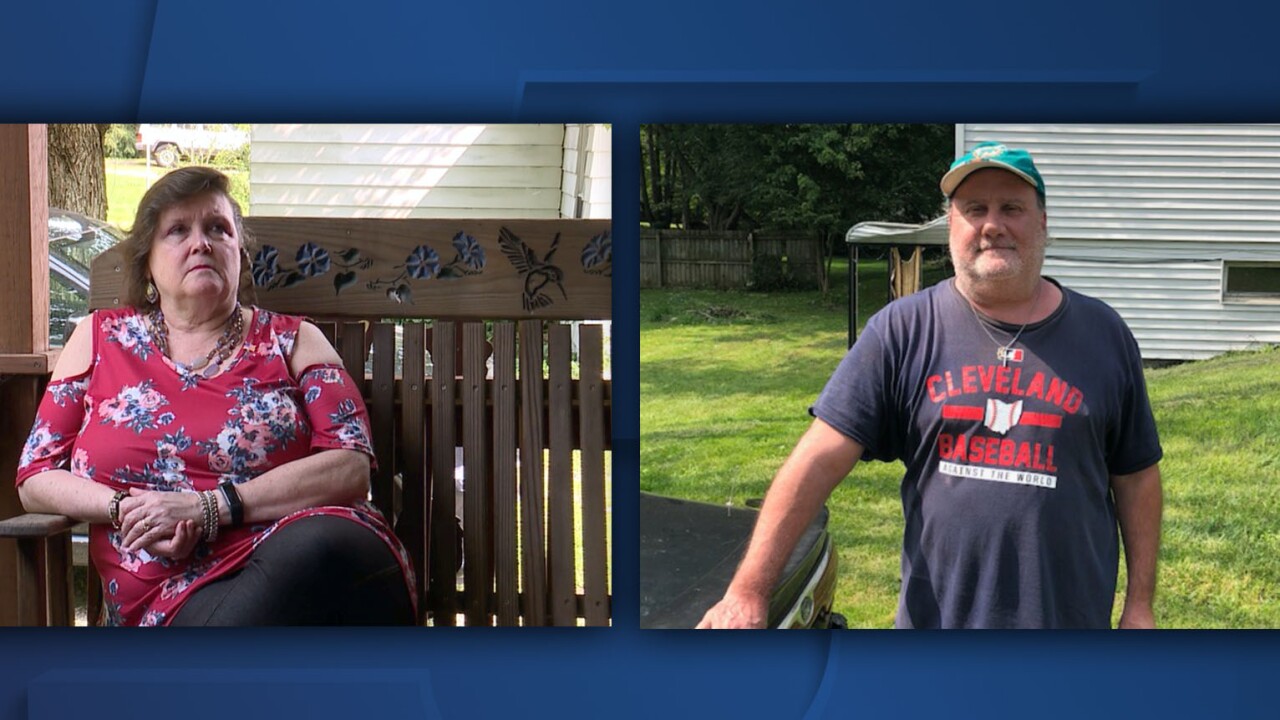 AKRON, Ohio — Michael Von Gunten lost his job as a machinist at Rubbermaid in December of 2019 after the company downsized.

He received unemployment, but when that ran out, the 58-year-old struggled to pay his $600 rent at a duplex on Mogadore Road in Akron's Ellet neighborhood.

He has worked temporary jobs in recent months but hasn't been able to find full time employment during the COVID-19 crisis.

Last month, he began donating his plasma in order to make some money.

"Of course, it's depressing and you're stressed out," Von Gunten said. "I'm just trying to make it. Everybody has got problems. I'm doing the best I can right now."

His landlord, Kelly Bonsky, also feels the financial pressures created by the uncertainty of the pandemic, and in July, filed an eviction complaint against Von Gunten, arguing she was owed $1,800 for the months of May, June, and July.

"With no rent coming in, it puts a hardship on us," Bonsky said. "The COVID is hurting both sides."

However, Bonsky refused to accept the money and said Von Gunten has a history of late rent payments.

"I had already lost the money, four months of money. I wanted to be able to rent this to somebody that needs it that can use the place," Bonsky said. "I didn't want to be forced to take that money out of somebody else's hands that might have needed it more."

"We do have a pandemic going on and putting people out in the street, especially when rental assistance is available, just doesn't make sense," Petit said.

An eviction trial was scheduled for September 8 in Akron Municipal Court.

However, just four days before that, the Centers for Disease Control and Prevention issued a moratorium on many eviction cases through the end of the year.

Petit said in order to qualify under the moratorium, tenants have to prove a loss of household income and the eviction has to be based on non-payment of rent. In addition, the tenant has to make an effort to obtain rental assistance and demonstrate he or she would face homelessness if an eviction went forward.

Petit filed a declaration under the CDC moratorium, and during a hearing conducted over Zoom, Magistrate Jennifer Towell ruled in Von Gunten's favor.

"I am required to dismiss both causes for this case," Towell said.

When Bonsky asked what that meant, Towell replied, "That means the eviction cannot go forward today."

For Von Gunten, the decision was a huge relief, giving him the chance to stay in the home at least through the end of the year.

"My prayers were answered," he said.

But Bonsky was left feeling frustrated and believes, in some cases, landlords may be hurting more than tenants.

"He's kind of lucky that he can stay there as long as he wants rent-free and I have no recourse, so what happens if I can't pay my mortgage because I'm paying everything else? Then, I wind up getting evicted," she said.

Von Gunten said he plans to pay his rent moving forward by finding work and continuing to donate his plasma.

"I'm doing the best I can and I think there's better days ahead and I'm not going to let it get me down," he said.

While the tenant and the landlord have many differences in this dispute, they can agree on a hope for a brighter future after an emotional roller coaster of a year.

"I believe that maybe God will help everybody on this issue because right now in this COVID pandemic, God is about the only one that's really going to help us right now," she said.