Popular bridge in Summit County closes, no timeline yet on reopening 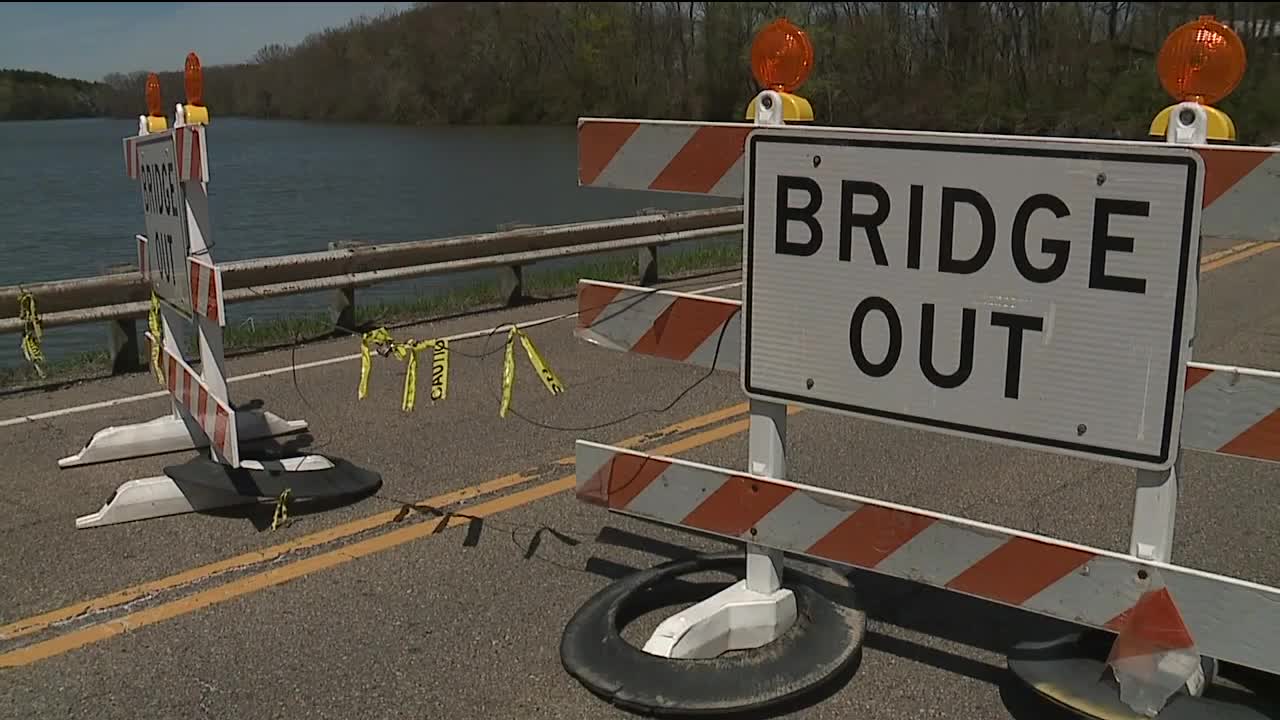 A bridge in Summit County that carries thousands of travelers per day has shut down, with no timeline yet for when it will reopen. 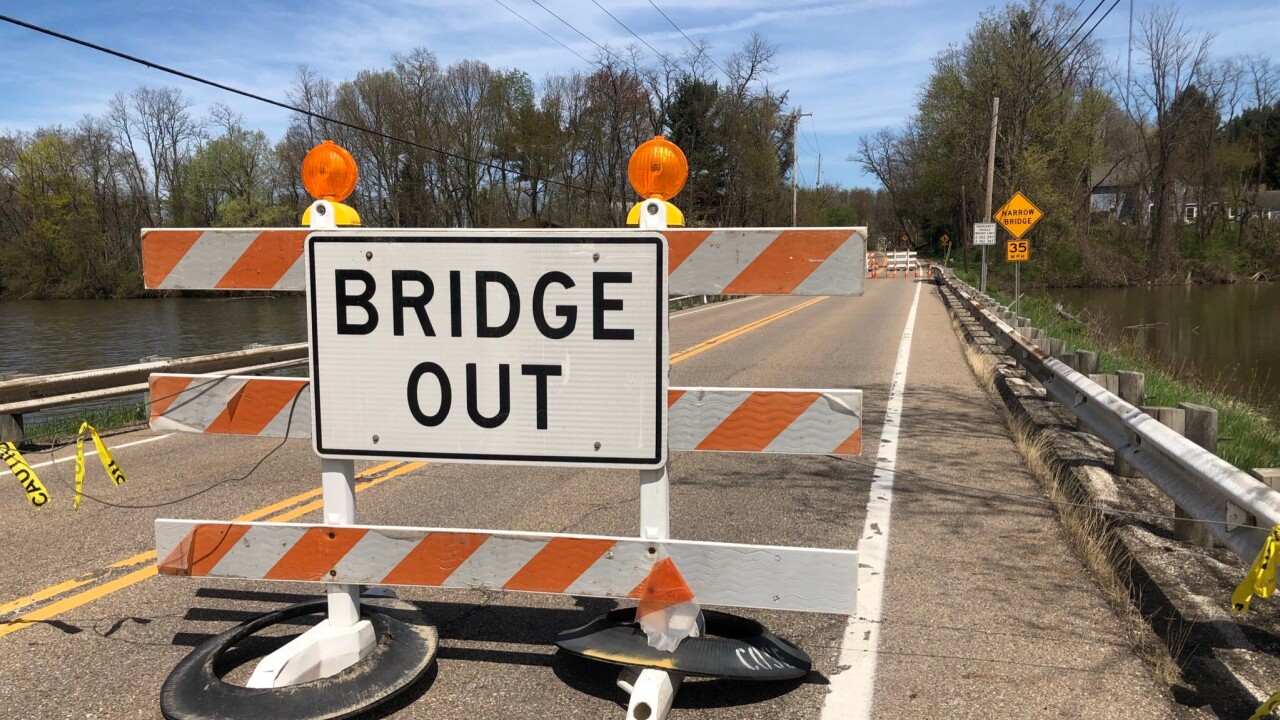 SUMMIT COUNTY, Ohio — A bridge in Summit County that carries thousands of travelers per day has shut down, with no timeline yet for when it will reopen.

Alan Brubaker, the Summit County Engineer, said approximately 4,500 vehicles travel in both directions each day on the Cleveland-Massillon Road bridge over Wolf Creek’s Barberton reservoir, about halfway between Fairlawn and Barberton.

“We closed the bridge and thought we would probably be able to reopen the bridge with better beams just in the center, but make it a one-way bridge with a traffic signal,” Brubaker said.

When workers examined the bridge, built in 1922, more closely to determine whether it could be patched, they found the deterioration was more serious than anticipated and included the interior beams of the bridge as well as the exterior beams. The county made the decision to close the bridge.

According to Brubaker, the bridge was last rehabbed in 1977 and that the idea at the time was to build bridges “as economically as possible.”

He described the bridge’s beams as being “like hollow concrete boxes.”

“Cut through it, you’d see a rectangle with basically five inches of concrete thickness on the outside of this rectangle, but all hollow on the inside,” Brubaker said. “What they did to make the hollow space was they used an interior form that stayed in place. Believe it or not, the interior form was made out of basically cardboard.”

Brubaker said that interior space draws moisture, and though there were holes in the beam to allow moisture to drip out, the space stayed wet inside and led to freezing, thawing and deterioration of the beams.

“There’s steel in that concrete,” Brubaker said. “It starts to rust because it’s too moist.”

For now, Brubaker said his office is still working on a timeline for this project and exploring options. The most likely scenario involves removing the existing bridge and replacing it with a culvert, which he said would be less expensive and last about 100 years.

Drivers who travel on the bridge regularly had mixed reactions to its closure.

James Kish of Copley said he would adapt and find a detour to the route he travels all the time, after learning the reason for the closure.

“It’s a good thing they closed it,” Kish said. “They just have to put up some detour signs.”

Tom Sello, another driver, expressed his surprise and said it would mean an extra ten minutes each way on a route he travels a few times a week. He described it as inconvenient.

“Tomorrow, I have an eye surgery in Montrose and I have to get there,” Sello said.

Debbie Blosser, who works nearby, was frustrated there wasn’t more notice about the closure “until you get right up to it.”

“This is really stupid,” Blosser said. “This is the second time they’ve done this. It’s causing people to go back roads and most of the people around here, they use this as the main throughway.”

She said she thought the bridge should be fixed rather than being replaced with a culvert.

“This is a highly used piece of road on a daily basis, because it connects West Market Street with this side of Akron,” Blosser said.

Alan Brubaker, the county engineer, noted that more than half of Summit County’s bridges are more than 50 years old and require work.

This bridge, he said, was scheduled for replacement in the next five or six years, but it deteriorated faster than expected.

“We will do some budget adjustments, move something else back in our schedule so that we can put this into our schedule and get this one done this year,” Brubaker said.

Brubaker said he believed it was safer to close the bridge than to worry about it and said that while it wasn’t necessarily an imminent danger, there were concerns about overloaded trucks that might travel on the bridge.

“I like to go home at night and sleep, and not be thinking that there might be a serious problem with a bridge failure,” Brubaker said.