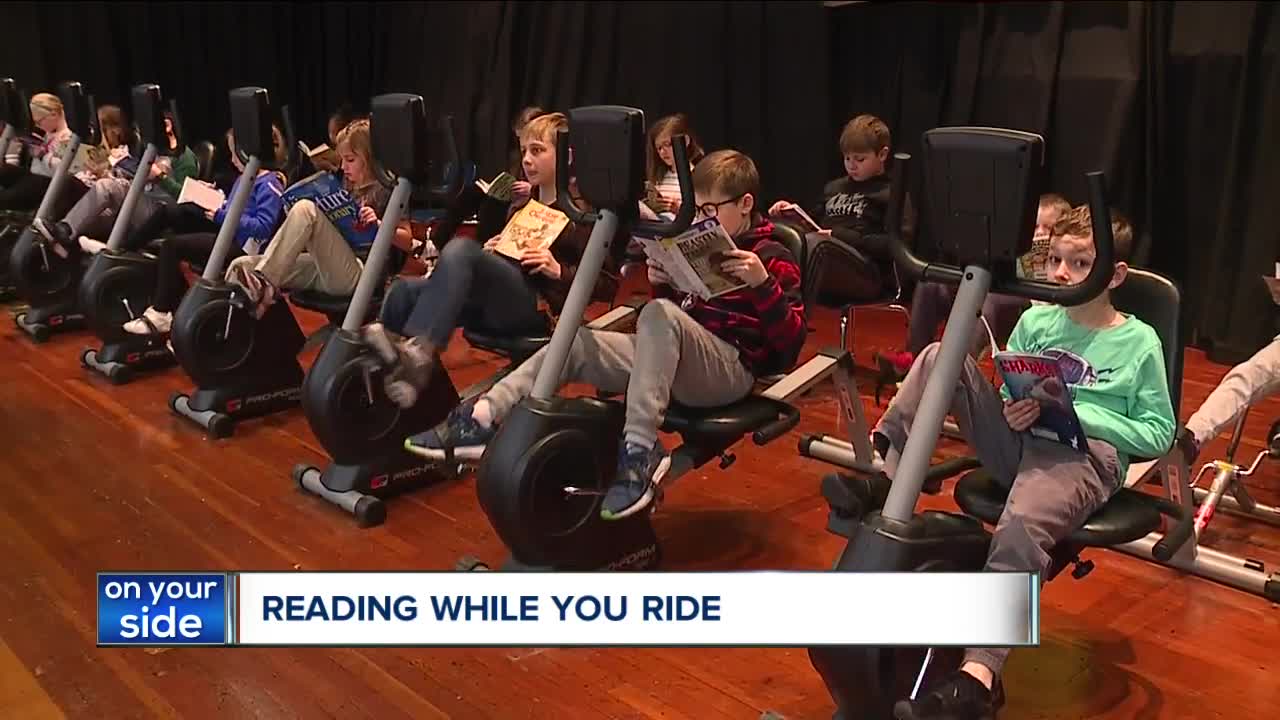 A grant from the Plain Local Schools Foundation funded 24 recumbent bikes for the Read and Ride Room. 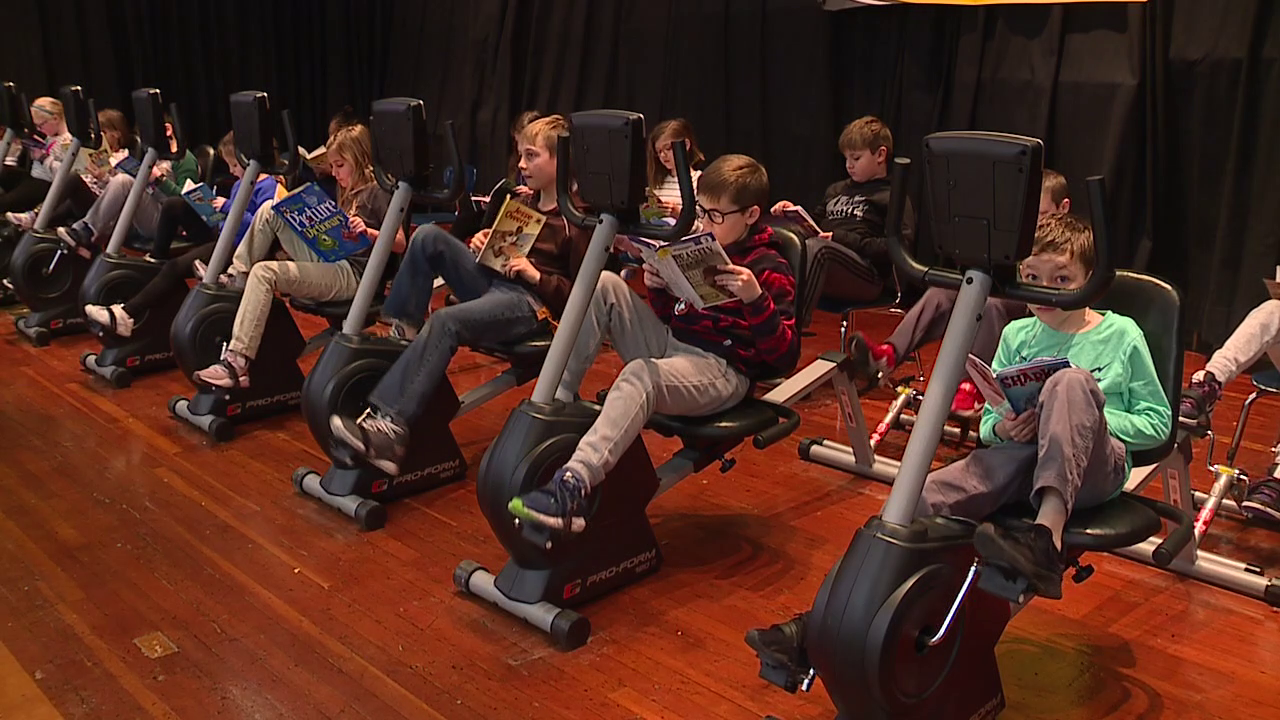 Middlebranch Elementary is putting a new spin on reading while its students are growing stronger and smarter with every stride on a stationary bicycle.

A grant from the Plain Local Schools Foundation funded 24 recumbent bikes for the “Read and Ride Room,” which is an annex of the school gymnasium.

“This is a place where they can burn some energy at the same time, while also becoming smarter and healthier,” Kent Hamilton said.

Hamilton is a P.E. teacher for the Plain Local School District and originally heard about the program’s success at an elementary school in North Carolina.

In the “Read and Ride Room,” you’ll be surrounded by the nearly silent sounds of studying, with only the occasional squeak of a wheel.

“It’s really important for your body and your brain,” Farrah Smith said.

Farrah Smith is a third grader who enjoyed her book about bones and the human skeletal system while pedaling alongside her classmates.

Hamilton is combining literature and legwork to teach his students healthy lifestyle habits.

He added, on average, elementary school students spend between five and six hours at a desk each day.

Some students said they prefer to burn calories while reading about their favorite characters.

“It’s like a win-win for our muscles and brains,” Noah Kiethan said.

“Because a desk is really boring,” Smith said, “And then this is like reading and riding.”

Instead, teachers can sign up to use the cycling stations when students need a change of pace or the weather keeps them inside for recess.

“Just one of those days where they want to get their students a little bit more active, they’ll bring them down for an exercise break,” Hamilton said.

“We’re always looking for creative and innovative ideas for our students to help their reading enjoyment,” Hamilton said.

Students said they’re grateful for the change of scenery and the extra opportunity to be active.

“It gives your muscles time to, like, work but you’re imagining you’re having fun too,” Kiethan said.