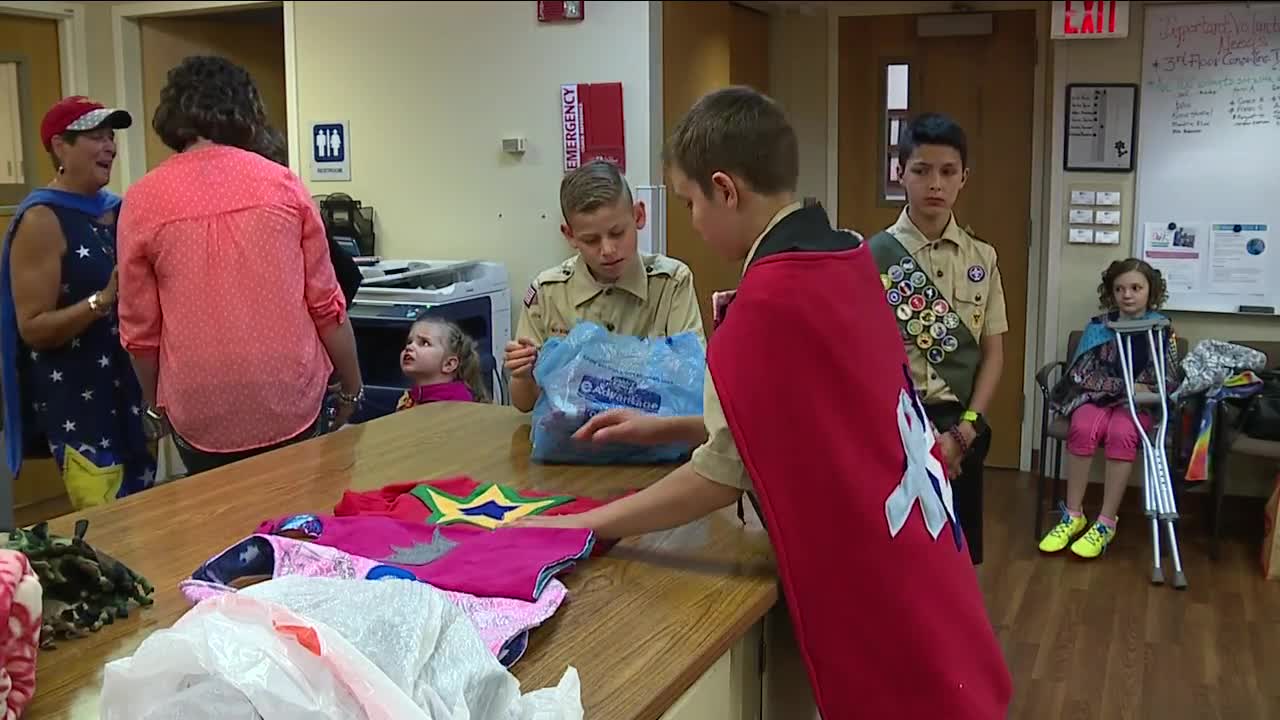 Some patients at Akron Children’s Hospital will soon get to feel like superheroes, thanks to a family from Medina. 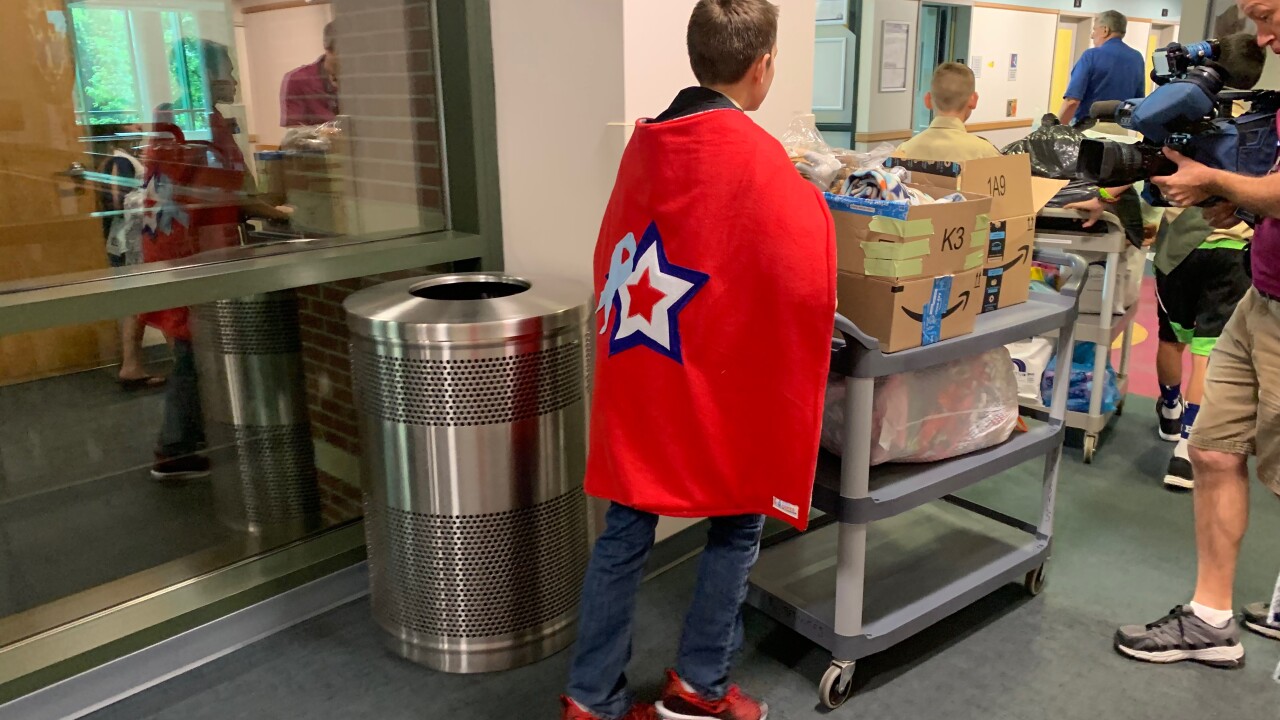 AKRON, Ohio — Some patients at Akron Children’s Hospital will soon get to feel like superheroes, thanks to a family from Medina.

Zakai Miller, 12, showed up to the hospital Friday with his friends and family members in tow, carrying special deliveries for some of the patients here.

"My sister had cancer when she was very young, and because of her having cancer, she has to come to the hospital a lot,” Miller said.

His older sister, Terje, will be a freshman at Medina High School this fall. She has had cancer several times, starting when she was just a toddler, and was recently diagnosed with thyroid cancer for the second time.

Zakai, 12, wants to help other kids facing the same trials as his sister. As part of his efforts to become an Eagle Scout, he took on a project: making blankets and capes for children going through treatment at the hospital.

The capes they brought to the hospital will be given out to some of the patients at Akron Children’s Hospital, allowing them to feel a little more brave as they face their own challenges. The group also brought handmade blankets, as well as donated stuffed animals.

Zakai said he got a lot of help in making the blankets and capes from friends, family members and his church. He learned how to sew capes from Debby Rowland, the founder of Kids’ Capes of Courage.

"They came over to my house cause that’s really where all the equipment is,” Rowland said.

Rowland, a former realtor, started the organization about five years ago, after seeing a segment on TV about a similar effort. She began bringing her capes to Akron Children’s Hospital. Now, she is thrilled Zakai and his crew have decided to get involved.

"I can’t even tell what that means to me,” Rowland said. “It really makes me wanna cry.”

With so much help from others, Zakai said they were able to make more blankets and capes than they’d originally hoped.

Terje knows firsthand how meaningful donations such as these are to the kids receiving them.

"I think it’s going to help them know that there are people around them who care about them and want them to enjoy their stay here at the hospital,” Terje said.

Zakai said he hopes to know whether he will become an Eagle Scout in the next few months.

Terje hopes to beat cancer and eventually become a children’s doctor one day, although she’s not sure yet what she will choose as her specialty. For now, she has advice for kids like her.

"Never give up,” Terje said. “I have learned that through all the different trials I’ve been through."