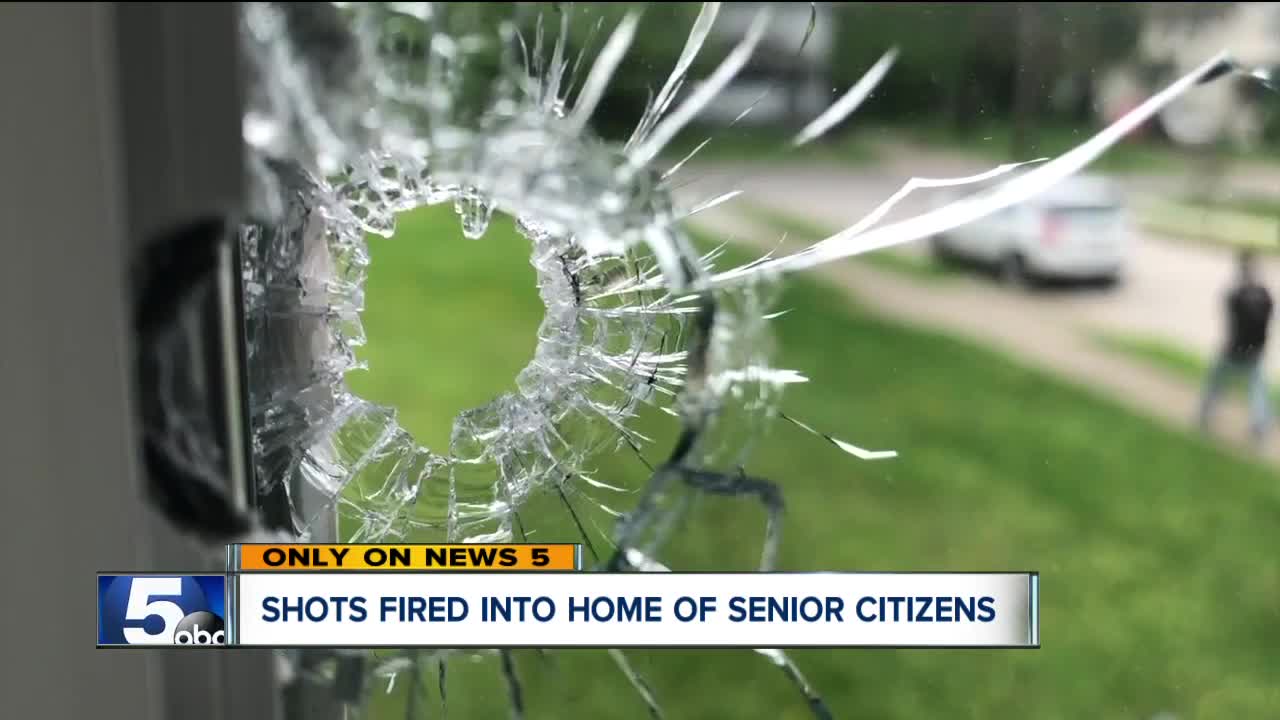 When 71-year-old Ruth Patterson heard loud banging noises and, followed by her home security alarm sounding, she assumed someone was trying break into the Akron house where she lives with her 90-year-old mother, Annie Polk. 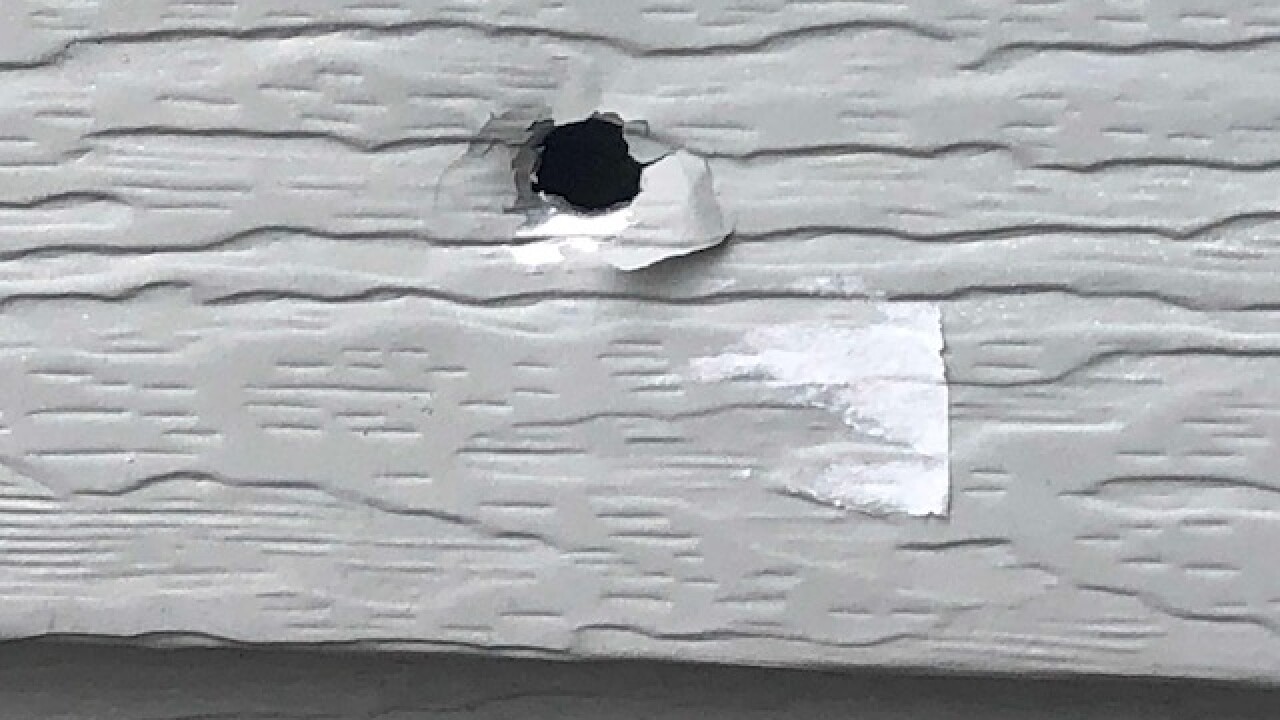 AKRON, Ohio — When 71-year-old Ruth Patterson heard loud banging noises, followed by her home security alarm sounding, she assumed someone was trying break into the Akron house where she lives with her 90-year-old mother, Annie Polk.

"That's when I called 911, and I said, 'somebody is breaking in my house,'" Patterson said.

In reality, someone had riddled the Celina Avenue house with bullets Friday night.

Two bullets whizzed through the living room after going through the home's gray siding and a window. A third shot went into the stairwell, and two other bullets zipped through a kitchen, penetrating a cabinet and part of the molding near the floor.

"I couldn't believe it. You see it on TV, but you never think about it happening to you."

Luckily, no one was injured. Patterson is counting her blessings because she helped walk her mom up the stairs from the living room just 15 minutes before the bullets started blasting through the home.

Police recovered three slugs inside the home, but don't have any suspects.

"It's a fear that something could happen to your loved one who is totally innocent and done nothing wrong and they're put in harm's way for no reason at all," he said.

The family and police suspect this was a random drive-by shooting. There is no reason to believe anyone would be targeting the senior citizens.

"I hope they get caught. It's just a matter of time," Patterson said.

Anyone with information is encouraged to call the Akron Police Department Detective Bureau at 330-375-2490 or Summit County Crimestoppers at 330-434-COPS.