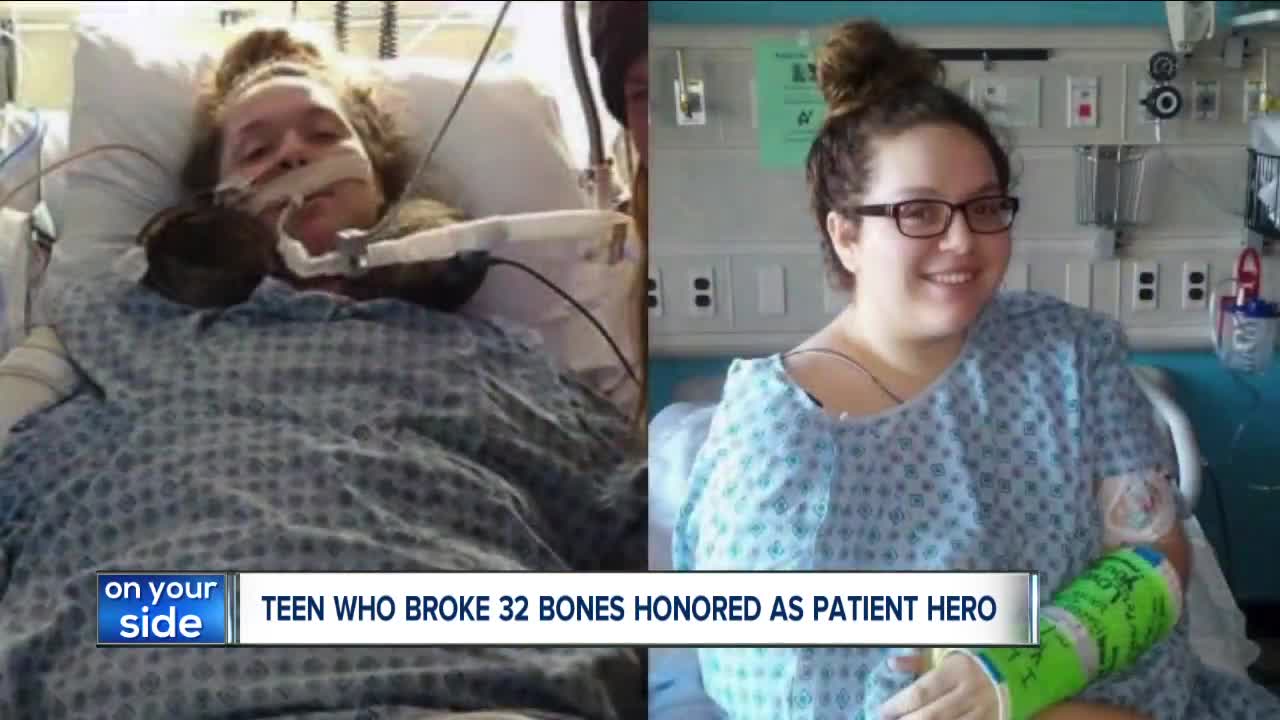 A Carroll County teen who broke 32 bones in a horrific car crash will be honored as an Akron Children's Hospital Patient Hero during the Goodyear Half Marathon and 10K Saturday morning in Akron. 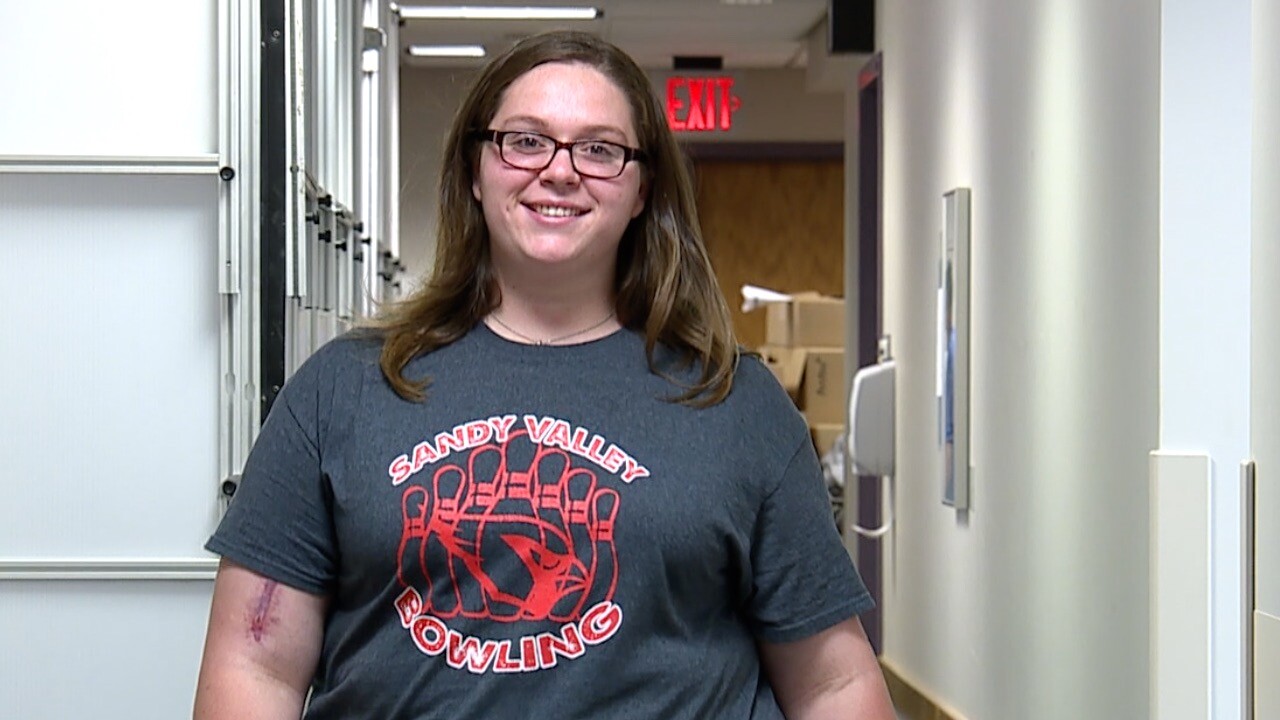 AKRON, Ohio — A Carroll County teen who broke 32 bones in a horrific car crash will be honored as an Akron Children's Hospital Patient Hero during the Goodyear Half Marathon and 10K Saturday morning in Akron.

Rybecca Rennie, 19, will be stationed along the course and is looking forward to clapping and cheering for more than 2,000 runners while also sharing her remarkable story of survival.

"I'm really proud of myself and how far I've come. It's definitely amazing," Rennie said. "I'm excited to be there to cheer on everyone and it's just an amazing opportunity."

In December of 2017, Rennie was driving home home from bowling practice. She was attempting to merge from a state road onto a county road in Waynesburg, but slammed head-on into a pickup truck.

"I went to go left. I didn't see the truck and that's when we collided," she said.

She was trapped inside the twisted metal of her red Pontiac Sunfire. Fortunately, off-duty Alliance police officer Tye Lauener happened to be driving in the area and stopped to help.

"He tried to get me out of my vehicle, but the way the engine was pushed back, it was on top of my legs," Rennie said.

The officer gave Rennie CPR in the wreckage and after rescue crews freed her, she received rescue breathing a second time in an ambulance. It was during that time that Rennie felt like she saw glimpses of heaven.

"When I was in the ambulance coming up to the hospital, I actually saw people's faces on both sides of my face. There weren't talking to me. They were just kind of there," she said. "I felt like I was going up to heaven or whatever it was."

Rennie was initially taken to Mercy Medical Center in Canton and then taken by a medical helicopter to Akron Children's Hospital where doctors discovered 32 broken bones.

Orthopedic Surgeon Dr. Pat Riley doesn't recall ever seeing so many fractures in one patient.

"She did a good job healing. I'll say that because that's a lot of fractures and it shows the amount of trauma that was involved," Riley said.

Some of the broken bones included ribs, her right arm, right femur, left tibia and pelvis.

She underwent two surgeries and spent two months combined at Akron Children's and a nursing home. She still has rods and screws in both of her legs, but has made remarkable progress.

The teen, who is getting ready to start college, walks without difficulty and she's back to playing her favorite sport of bowling.

Her story will likely inspire many of the runners participating in the Akron Children's Hospital Race Series and her message is one to live by.

"You only live once. Do what you want to do and that's exactly what I did," Rennie said.

The Goodyear half marathon and 10K start at 6:30 a.m on August 10 at the Goodyear's Akron Proving Grounds.