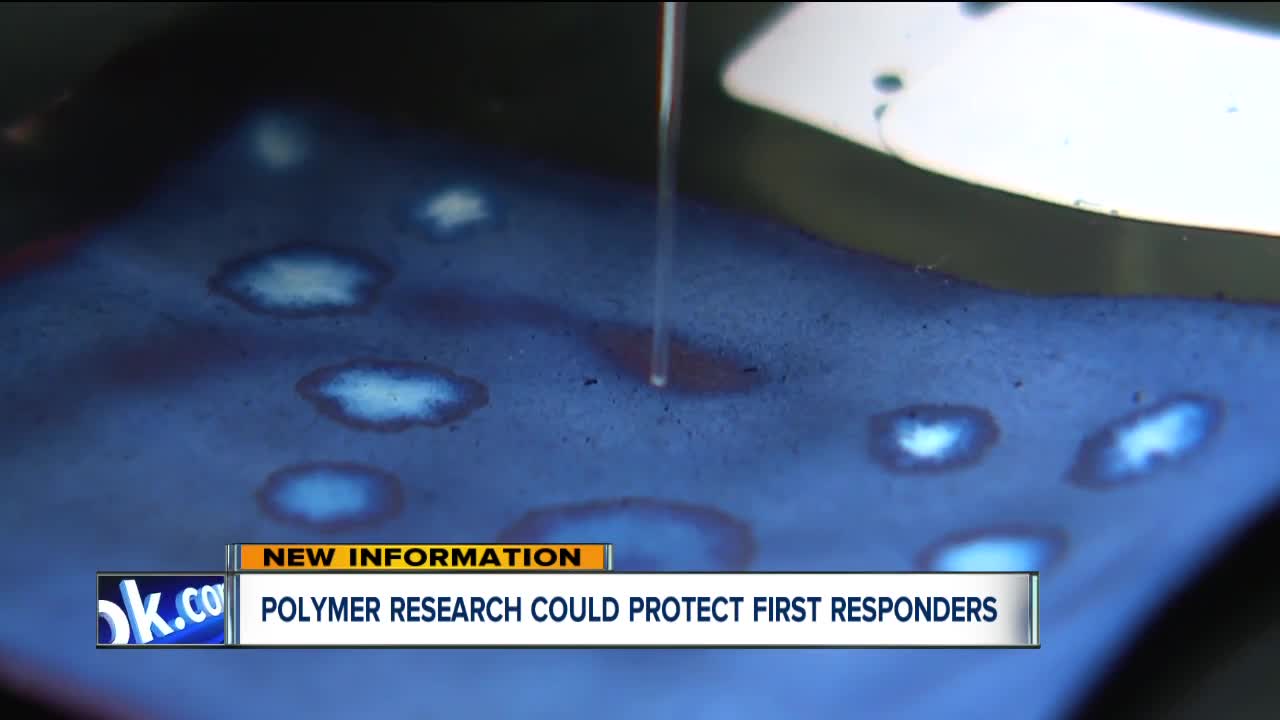 Groundbreaking polymer research at the University of Akron could go a long way in protecting first responders from the dangers of opioids. 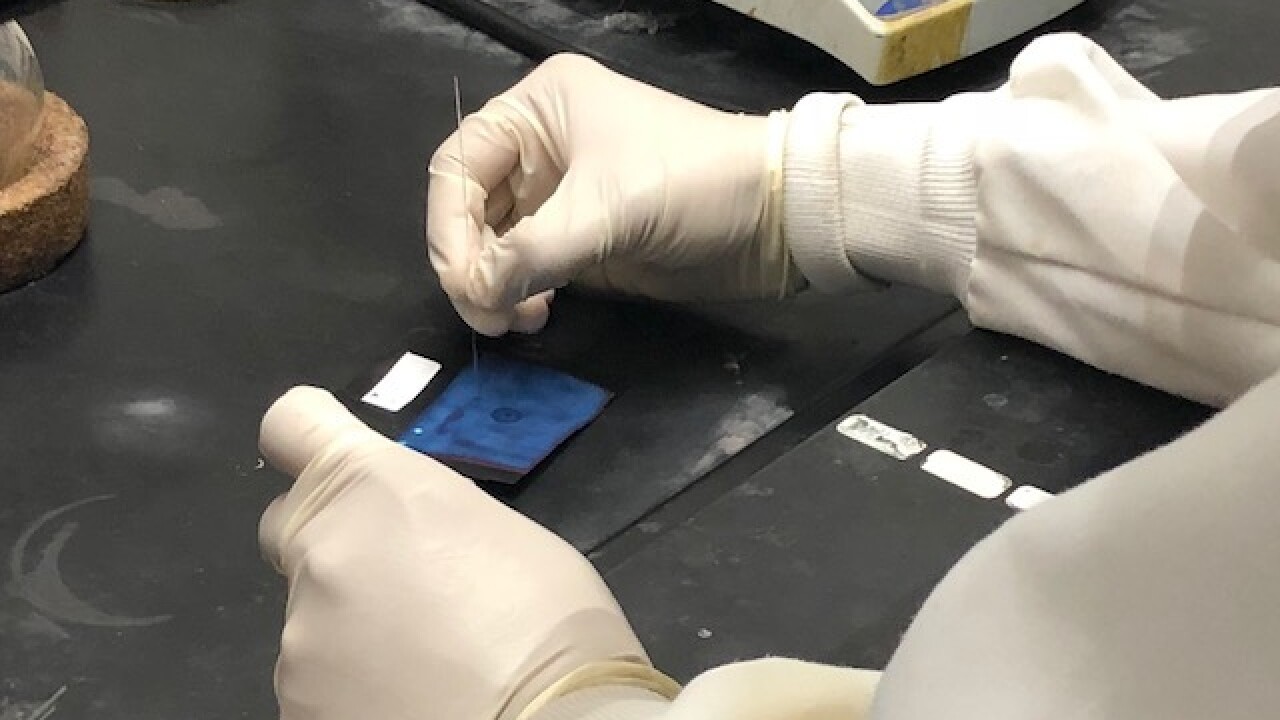 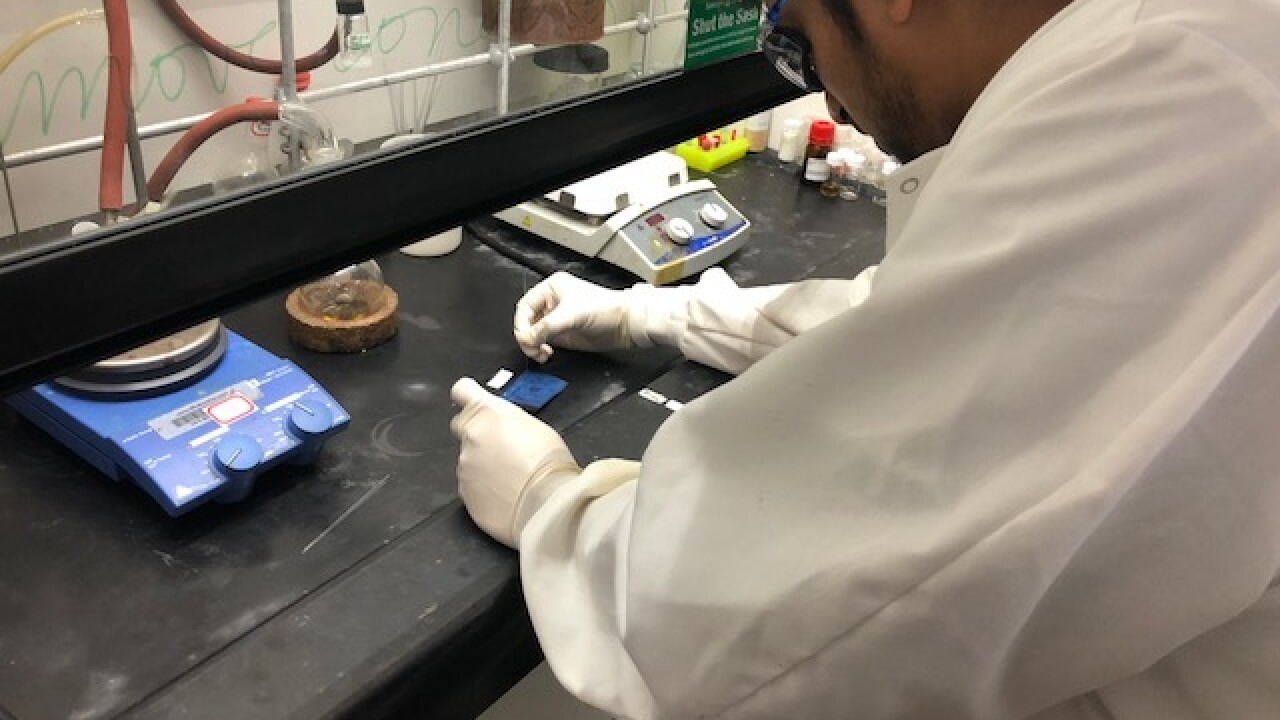 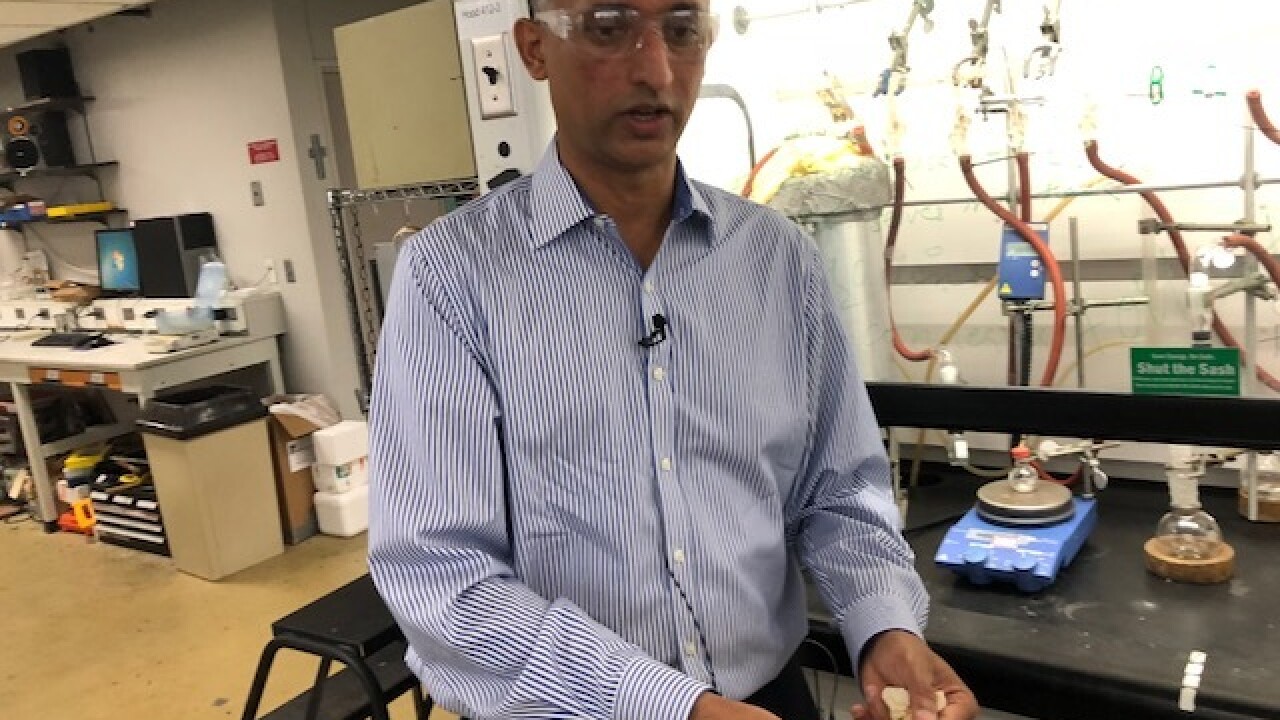 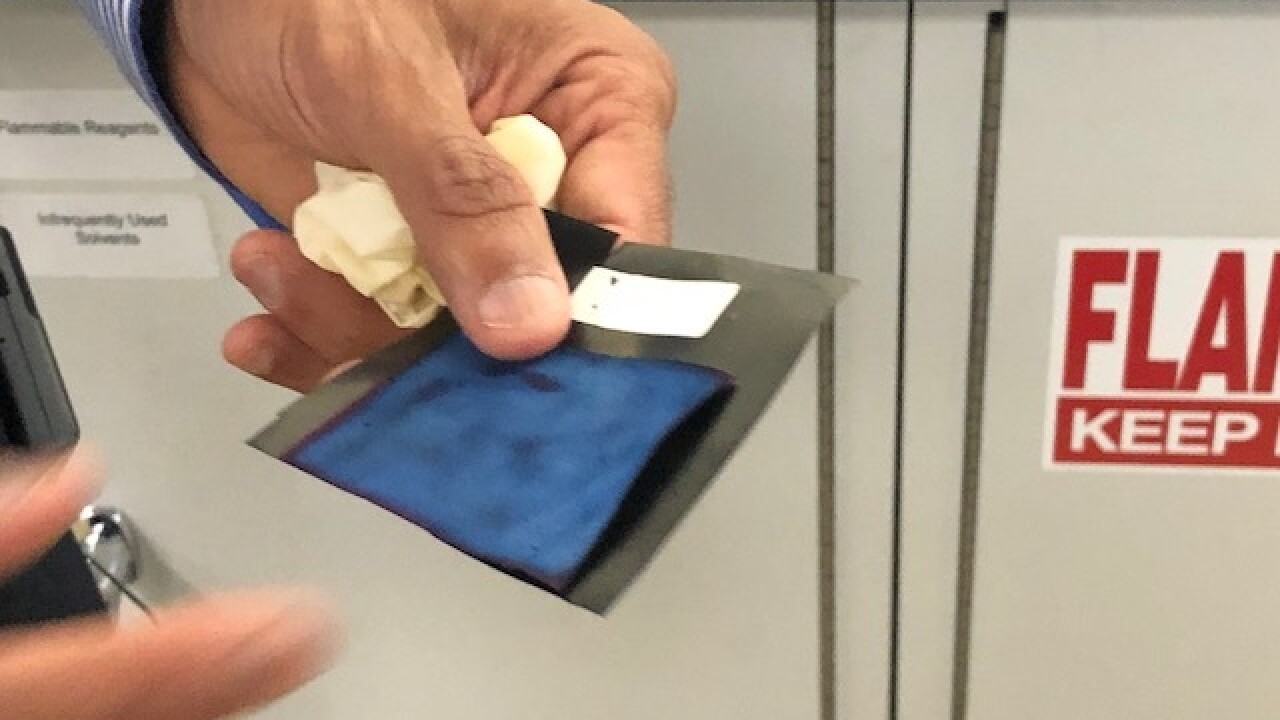 Groundbreaking polymer research at the University of Akron could go a long way in protecting first responders from the dangers of opioids.

The mat, which is the size of a large Post-it note, changes color from dark blue to white when a drop of synthetic opioid lands on it.

Joy is hoping to embed the same material onto latex gloves. Like the mat, the gloves would immediately change color if police officers or EMS came into contact with an opioid such as heroin or fentanyl.

Joy received a $200,000 prize from Ohio's Third Frontier Commission which advances new ideas in the battle against drug abuse and addiction.

University of Akron Detective Angela Paonessa said the gloves could be a game-changer because many officers don't immediately know they're being exposed to dangerous drugs while working at crime scenes.

"To have something that would, as soon as you touched it, it would show that there was an opioid, you could really protect yourself, secure the scene and work from there," Paonessa said.

The polymer mat doesn't tell a first responder exactly what the substance is, but it serves as an indicator to give police a yes or no answer regarding the presence of a controlled substance.

"It's just a quick answer because that does not exist right now," Joy said.

Joy said the research will continue on the best way to make the gloves which could potentially be on the market in one to five years.