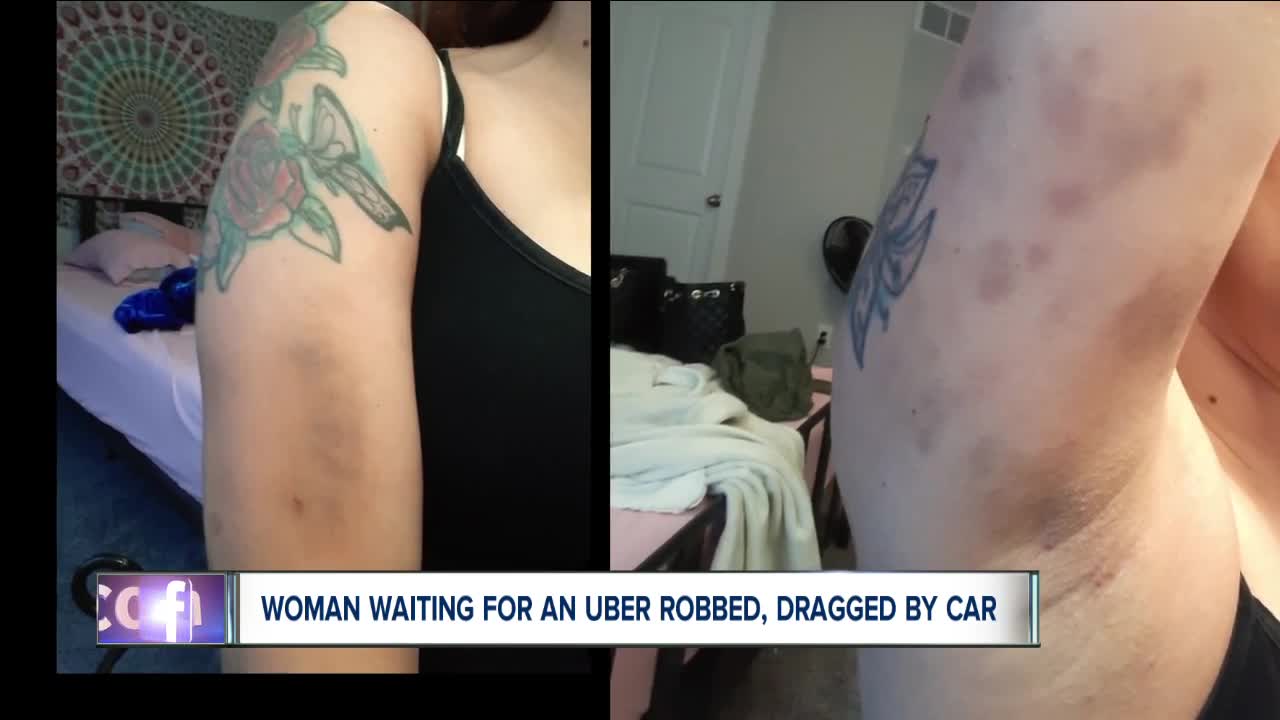 A Kent woman is extremely sore with bruises on her arms and legs a few days after she was dragged by a car in Akron that she thought was her Uber ride. It wasn't. 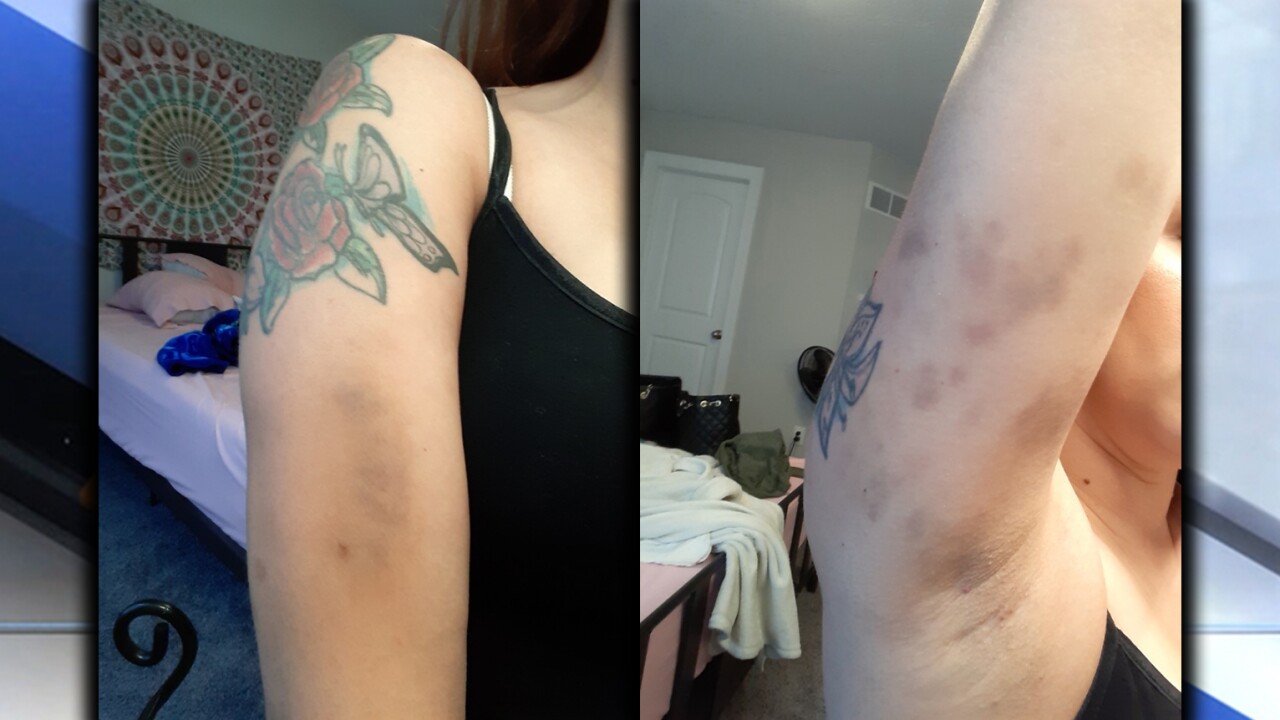 AKRON, Ohio — A Kent woman is extremely sore with bruises on her arms and legs a few days after she was dragged by a car in Akron that she thought was her Uber ride. It wasn't.

"It was terrifying. Nothing like that has ever happened to me. I don't know anyone who that has happened to," Marissa said.

Marissa, 28, and her friend, Megan, had called for an Uber around 3 a.m. Sunday. They were waiting along West Market Street near Mr. Zub's Deli and an American Legion post in the Highland Square neighborhood when a silver car pulled up to them.

Thinking it was her ride, Marissa approached the car and was suddenly grabbed by a woman in the passenger seat.

"I had a little backpack on. They grabbed my bookbag straps and my arms and pulled my torso into the window," Marissa said.

A man driving the car took off and Marissa was dragged about 15 feet before she let go. She's now counting her blessings that she wasn't seriously hurt during the violent robbery.

"One little turn of the wheel and I could have been under the car or run over and they weren't stopping for anything," Marissa told News 5

Megan was startled by what she saw and called 911.

"She was literally holding on and they were dragging her in the street, like dragging her," she told the operator.

The crooks took off with the victim's purse, bank card, ID and cell phone. While Marissa continues to recover from her physical injuries, the emotional end of the crime is just as difficult.

"More than anything, It's like mentally messing me up."

Akron police are reviewing surveillance cameras in the neighborhood, but haven't found any video of the getaway vehicle yet. Detectives don't have any suspects.

Captain David Laughlin said the case should send a strong message about ride-sharing safety and making sure you're getting in the right car.

"Technology on that is evolving and if you're using the Uber, it gives you the picture of the driver, the description of the car, the license plate of the car, so you need to be really focused in to make sure that it's the car that's coming to get you," Laughlin said.

Marissa has her own message.

"Be aware of your surroundings. Stay in a group. Don't walk up to an Uber unless you're a 100% sure that's who it is and who's picking you up."

Anyone with information on the robbery should contact Summit County Crimestoppers at 330-434-COPS.