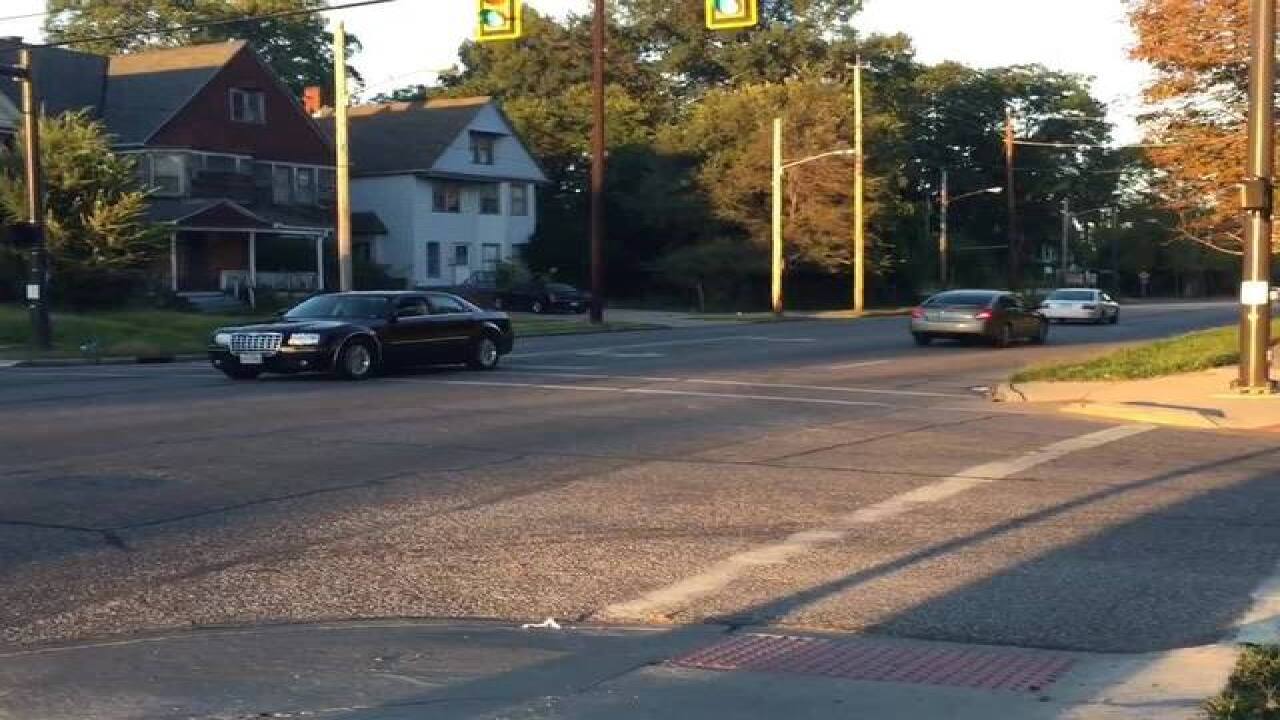 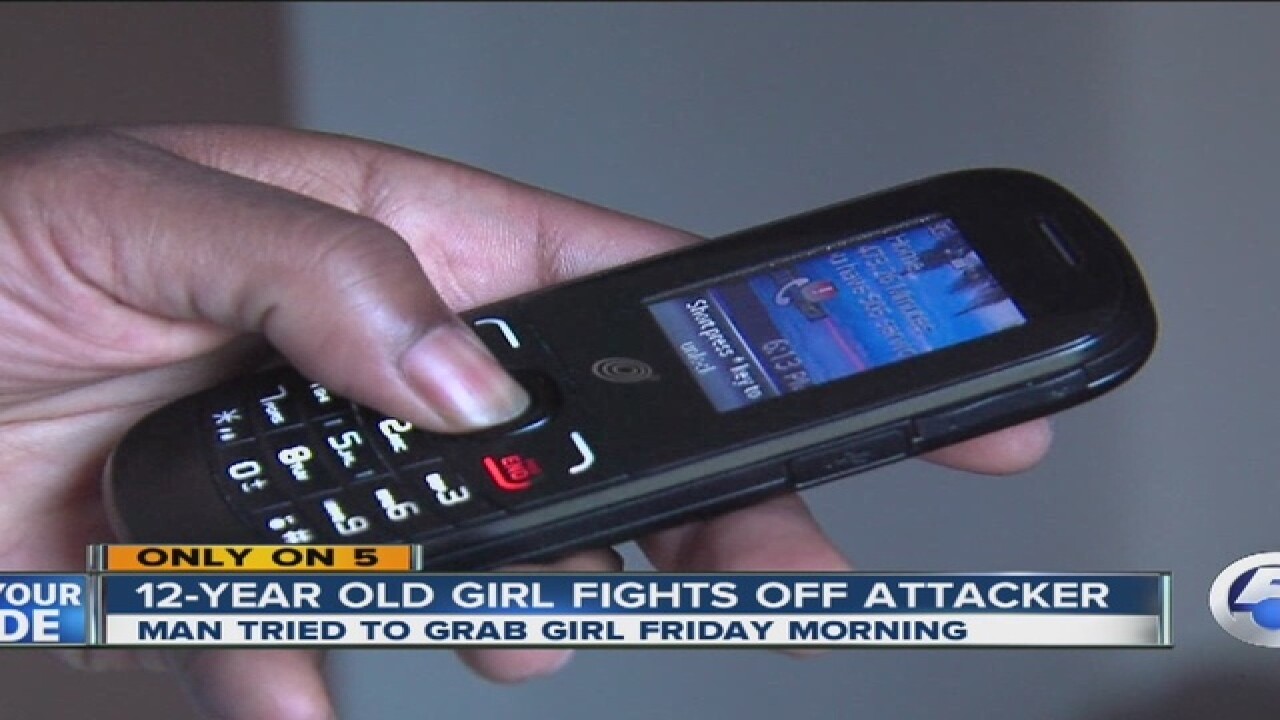 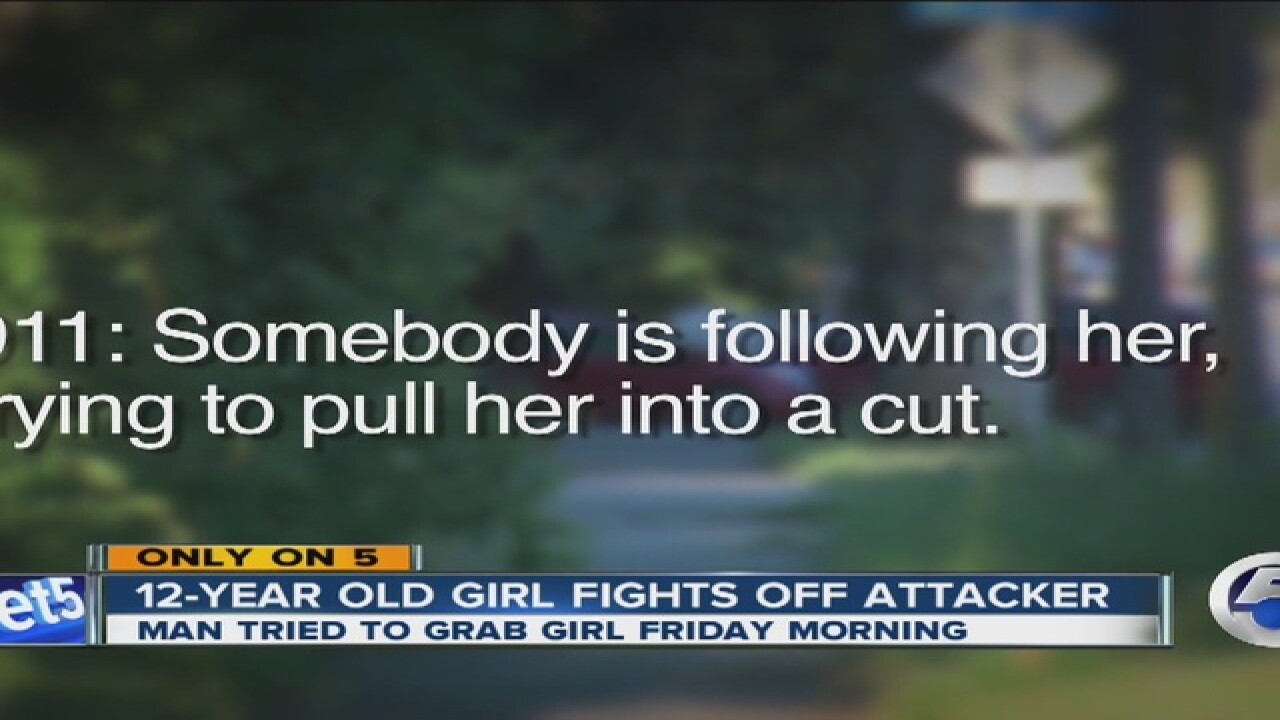 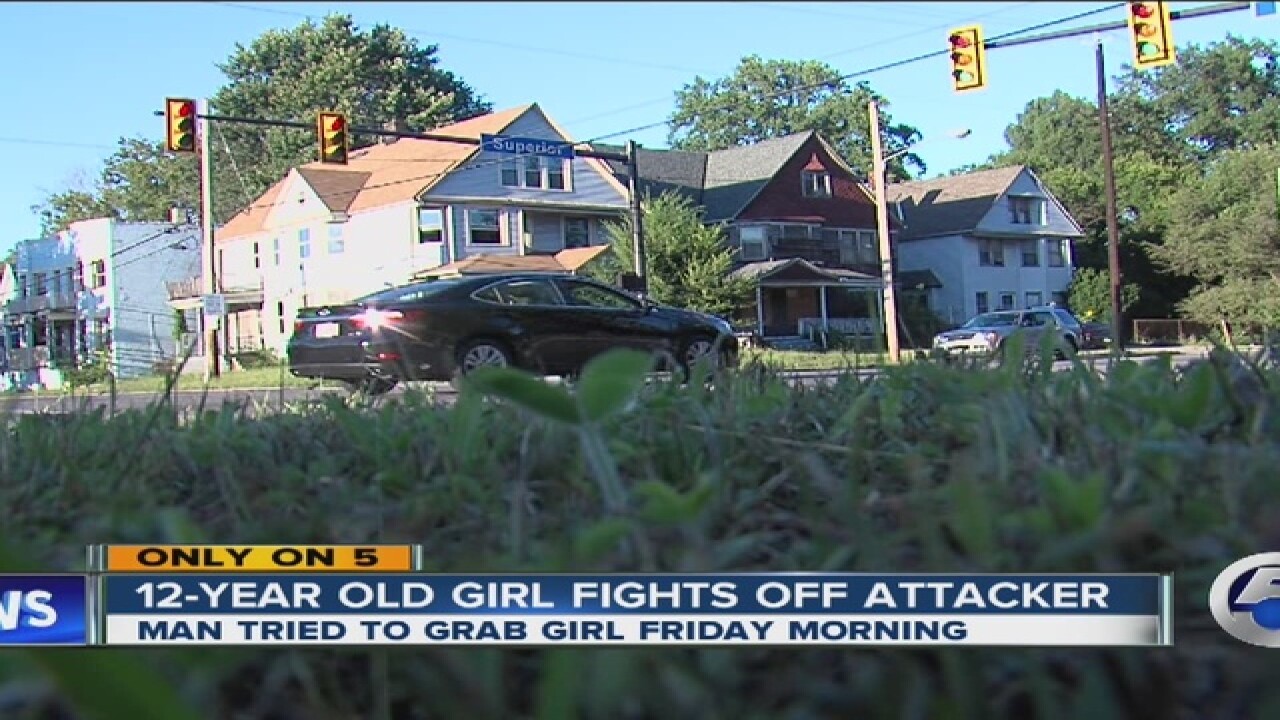 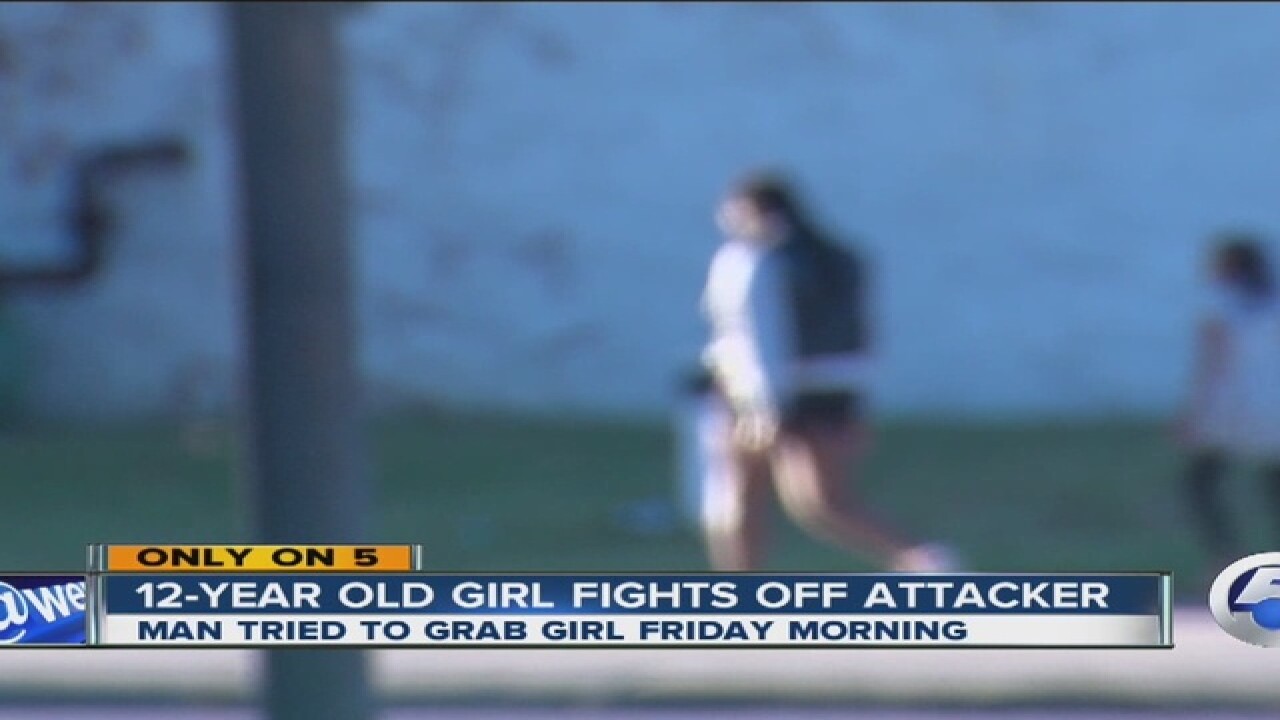 Cleveland Police are investigating an attempted abduction of a 12-year-old girl on the city's east side Friday morning.

The girl, a seventh-grader at Willson K-8 School, told police she was walking along Superior Avenue on her way to school just before 7 a.m. Friday when she noticed a strange man following her.

A couple blocks down, the man came up behind her and tried to drag her into an abandoned home near E. 65th Street and Superior Avenue.

"He grabbed her bookbag, he grabbed her arm and he grabbed her hair," the girl's mother said, asking to remain anonymous for her family's safety. She said she has always drilled into her children that they need to be very aware of their surroundings, so her daughter wasn't completely caught off guard.

The girl was able to fight off the would-be kidnapper and ran down Superior Avenue screaming for help, but said no one stopped.

"You know how it is nowadays, they probably thought she knew the person or something like that, it's hard to say," the mother said. "It's just kind of sad that nobody stopped."

Luckily, the girl's mother had recently given her a cell phone to carry with her and she was able to call for help.

By the time police and security from the Cleveland Metropolitan School District arrived, the man was long gone.

Police are continuing to investigate.