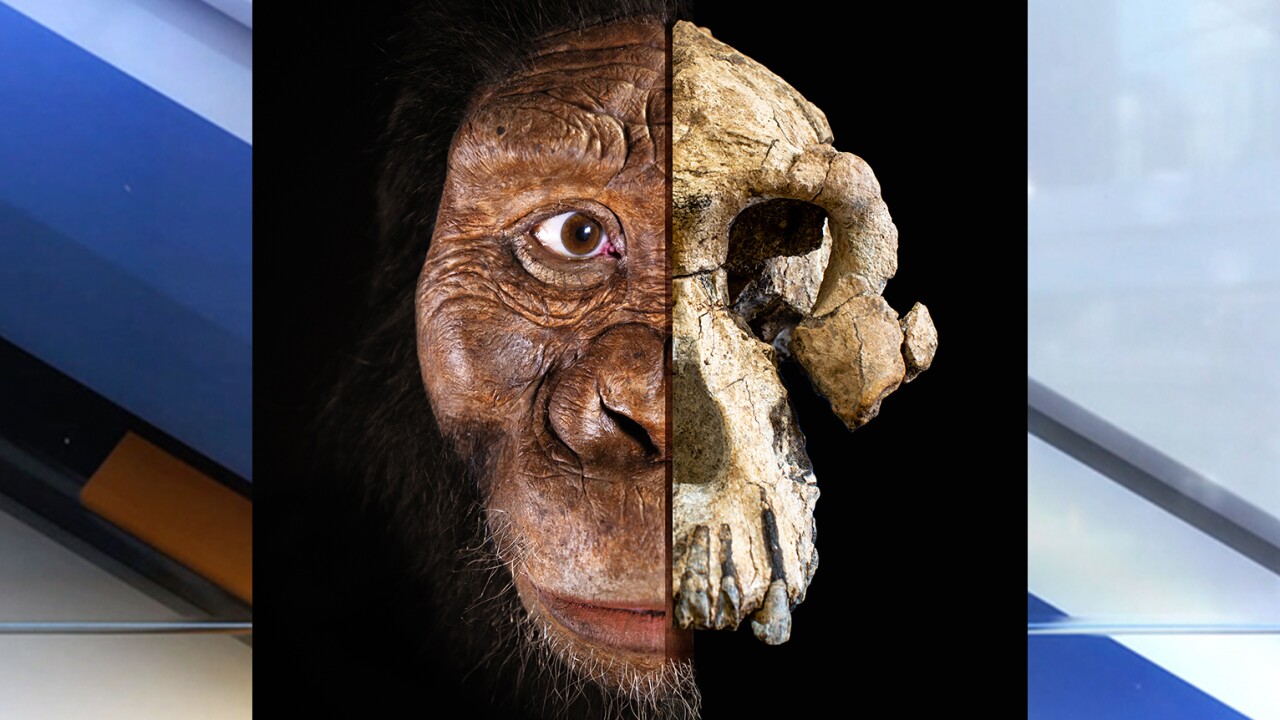 MRD photomontage by Jennifer Taylor, courtesy of the Cleveland Museum of Natural History. Photographed by Matt Crow and Dale Omori. Facial reconstruction by John Gurche made possible through generous contribution by Susan and George Klein.

ADDIS ABABA, Ethiopia — If you’ve ever been to the Cleveland Museum of Natural History, you’re probably familiar with “Lucy,” the skeleton of a 3.2 million-year-old human ancestor on display. What you may not know is a team of researchers from Northeast Ohio found the skull of an even older human ancestor three years ago and have released renderings of what the species may have looked like.

The discovery was made Feb. 10, 2016 in Ethiopia at a site where Dr. Yohannes Haile-Selassie, who is the curator of the Cleveland Natural History Museum and an adjunct professor at Case Western Reserve University, and a team of paleoanthropologists have worked for 15 years.

Since 2004, the team has collected thousands of fossils from around 85 different mammalian species and around 230 hominin fossils dating from 3 to 3.8 million-years-old.

The “remarkably complete” cranium fossil, dubbed MRD, was found buried along a river delta on the edge of lake at the Woranso-Mille paleontological site.

Following the discovery, Haile-Selassie’s team published their findings in the international scientific journal “Nature” and have completed renderings of what the complete fossil may have looked like while alive, according to CWRU.

Early human ancestor fossils are extremely rare, and the historic find gives researchers new information about Lucy’s ancestors. According to CWRU, the fossil belongs to a species named Australopithecus anamensis that coexisted alongside Lucy’s species, Australopithecus afarensis for around 100,000 years.

The find challenges “the previous assumptions of a linear transition between these two early human ancestors,” Haile-Selassie said, meaning that it contradicts the idea that one species disappears only by “giving rise to a new species in a linear fashion.”

“This is a game changer in our understanding of human evolution,” Haile-Selassie said.