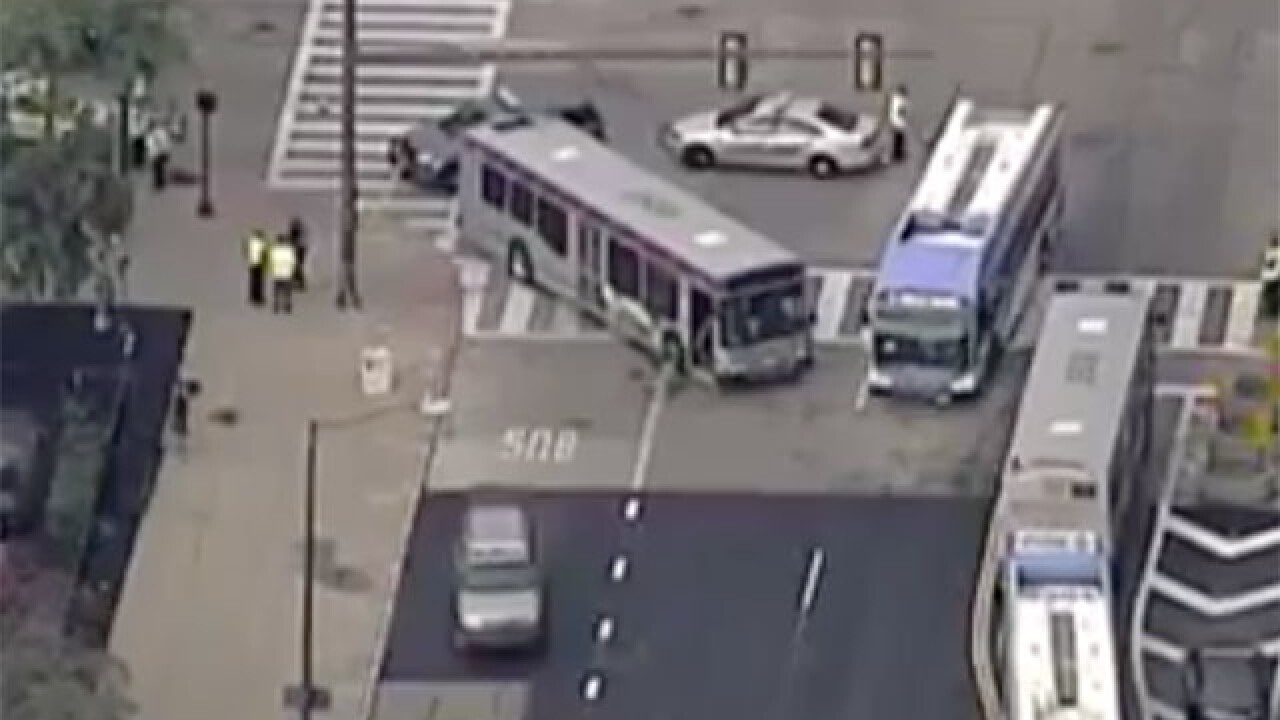 The bus driver who hit a 61-year-old man crossing the street in Public Square on Wednesday has been suspended without pay pending further investigation.

Around 5:20 p.m. on Wednesday, the No. 1 St. Clair bus was turning onto West Superior Avenue from West Roadway in front of the Renaissance Hotel when the man was hit, the Regional Transportation Authority said. According to Cleveland police, the bus driver was given a green signal light to turn onto West Superior Avenue as the man was also given a walk sign to cross the street. As the man began to walk, the bus also began to turn and hit him, police said.

The pedestrian was taken to MetroHealth, and at last check, was in stable condition, according to officials.

The RTA said it is protocol to relieve bus drivers following an accident if it cannot be immediately discounted that the operator was at fault. The protocol also requires post-accident drug and alcohol testing, which was performed, RTA officials said.

The RTA will conduct an internal review to determine if the accident was preventable, If it is graded preventable, the driver may be subject to disciplinary consequences, up to and including discharge.

Cleveland police will conduct their own investigation, RTA officials said.