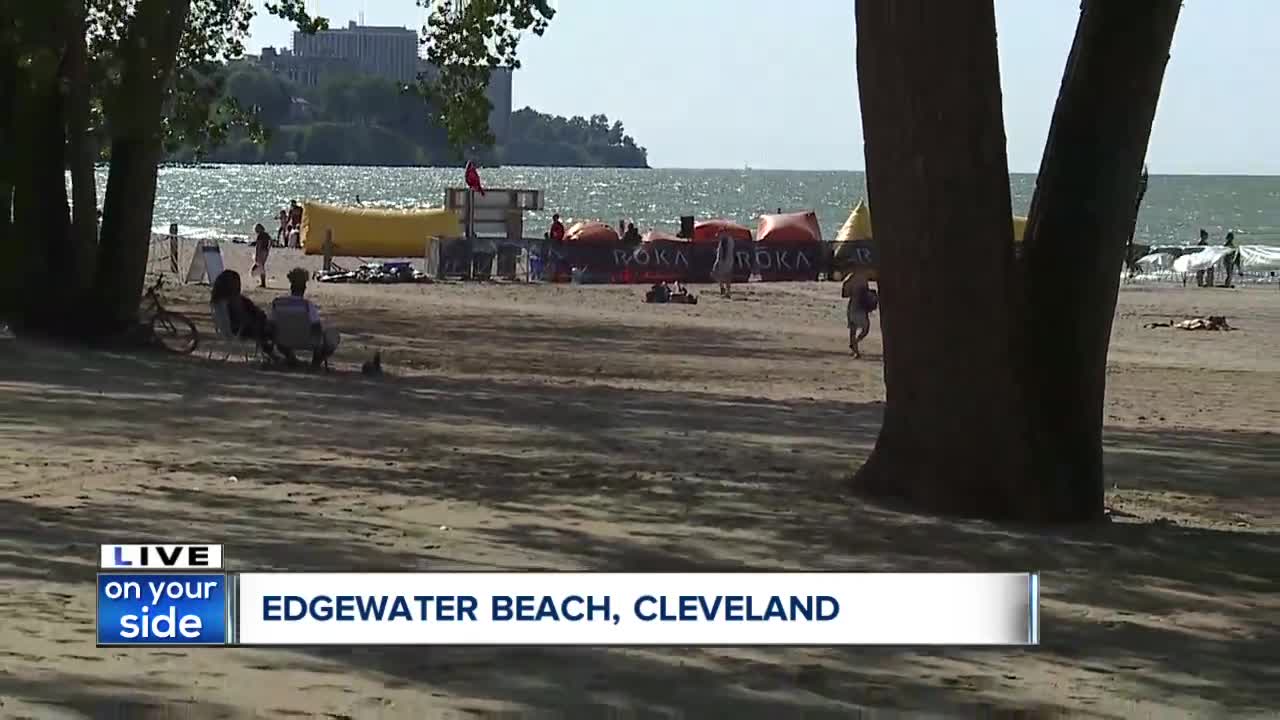 Cleveland Metroparks closed the swimming area at Edgewater Beach on Friday due to choppy conditions and high waves, and with it, an open water swim and a swim practice for the USA Triathlon event were also cancelled. 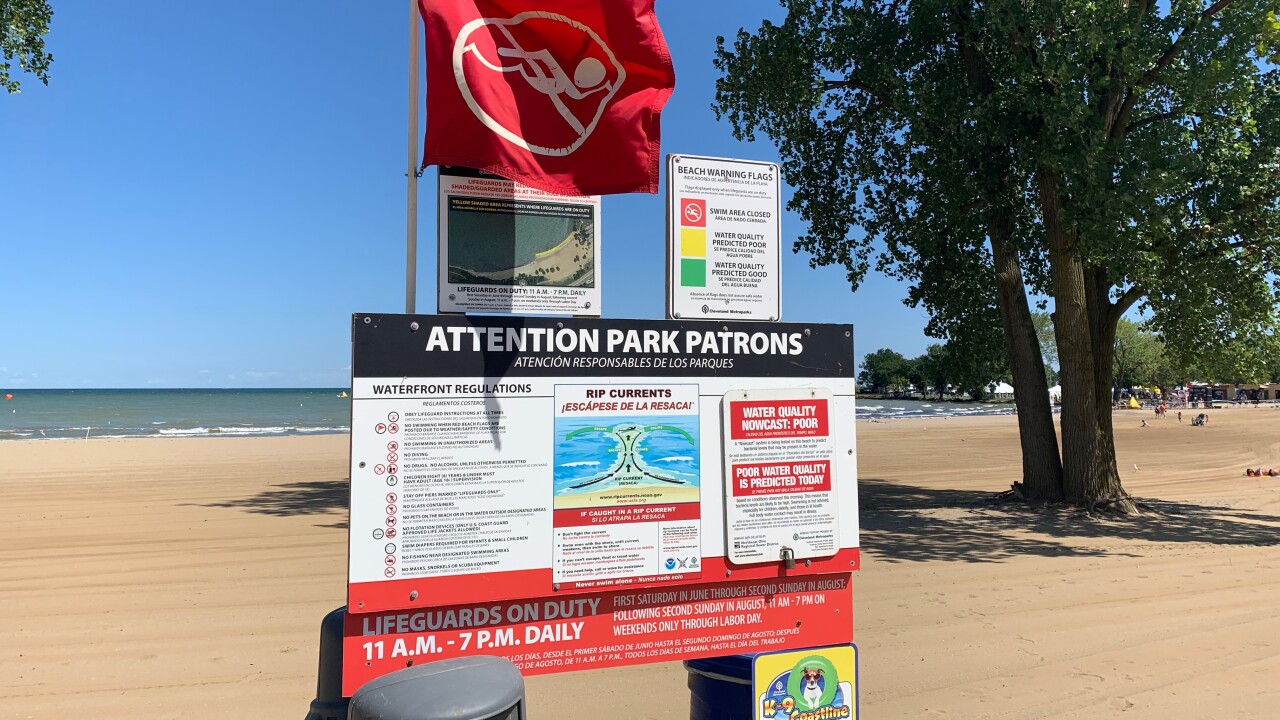 CLEVELAND — Cleveland Metroparks closed the swimming area at Edgewater Beach on Friday due to choppy conditions and high waves, and with it, an open water swim and a swim practice for the USA Triathlon event were also cancelled.

According to a spokesperson for USA Triathlon, Friday's events were canceled due to those choppy conditions, but Saturday's swim portion of the triathlon and the other weekend events were still set to continue as planned, as long as wave and water conditions improved.

The Northeast Ohio Regional Sewer District (NEORSD) said Friday that waves and wind may have contributed to a forecast of poor water quality, although Cleveland Metroparks said that was not why the beach's swimming area was closed.

"During recreation season, which is roughly Memorial Day through mid-September, we are out here every single morning at Edgewater Beach and Villa Angela Beach on the east side, collecting water quality samples," said Jenn Elting, senior public information specialist at NEORSD. "We send those to our lab for a full analysis for E.coli and we post all of the results to our website."

Despite a sewage overflow into Lake Erie at Edgewater Beach on Tuesday, Elting said water quality samples gathered Wednesday came back Thursday night "well below our threshold for water quality," allowing the organization to lift its advisory.

But after running new samples gathered Friday morning through a predictive model, looking at wave height, wind speed and weather conditions, NEORSD determined the water quality would be poor on Friday.

"Waves and wind can definitely stir up a lot of debris that’s maybe settled to the bottom of the lake," Elting said. "It can kick things up and it can definitely impact water quality."

A spokesperson for Cleveland Metroparks, the organization responsible for closures at the Metroparks' beaches and lakes, said that water quality was not the reason Edgewater's swimming area was closed on Friday, but that high waves were the reason.

"We will be continuing to monitor conditions as they can change frequently," Jacqueline Gerling of the Metroparks wrote in an email. "As for water quality, based on [Thursday]'s actual test results and the NEORSD predictive model the results are nowhere near where we would consider closing the swimming area today [Friday] based on water quality."

Gerling went on to explain that, while data collected Friday morning "would warrant the designation of poor," the results would have to be nine times higher for the Metroparks to consider closing the swim area due to water quality.

Triathletes who converged on Cleveland for the weekend's event were disappointed to learn the open water swim and swim practice had been canceled, but many of them said safety was most important.

"Expecting to swim, but you know, safety first," said Edinson Arenas, who traveled from Dallas.

"It’s really good to be able to get out on the course, and a lot of people have prerace nerves and it’s nice to get your wetsuit kind of acclimated," said Brittaney Wyszynski, who is from Los Angeles but flew in from Tampa for the event. "So that’s a bummer, but what’s great about USAT and the cities they pick is that safety is paramount, so if they say it’s unsafe and they don’t want to send swimmers out there, then that is the bottom line. I trust that they make the right call every time."

She added, "It's still such a great event to get so many athletic people out here to celebrate this sport, and it's still growing. It's great to see a little bit more inclusion involved. I love seeing more women and more athletes of color to kind of come in and enjoy this sport."

Tracy Fritz and John Heath, both of whom traveled from Madison, Wisconsin, said they were disappointed by the cancellation of Friday's swim practice, in which they planned to participate. Still, both understood and said it would be fine.

"I’ve been at other events where we’ve had the swim changed, so you just roll with it," Fritz said.

Heath said he had competed in enough triathlons before to have had swim portions canceled for a number of reasons.

"The people that are running the race need to make the right decision," Heath said. "So it is what it is. We can’t change Mother Nature, so we come to do all three, but if we only do two, it is what it is."

Elting said NEORSD and the Metroparks, as well as the Greater Cleveland Sports Commission, were all in touch, monitoring the conditions going into the weekend.

RELATED: Advisory issued at Edgewater Beach due to overflow of raw sewage, stormwater