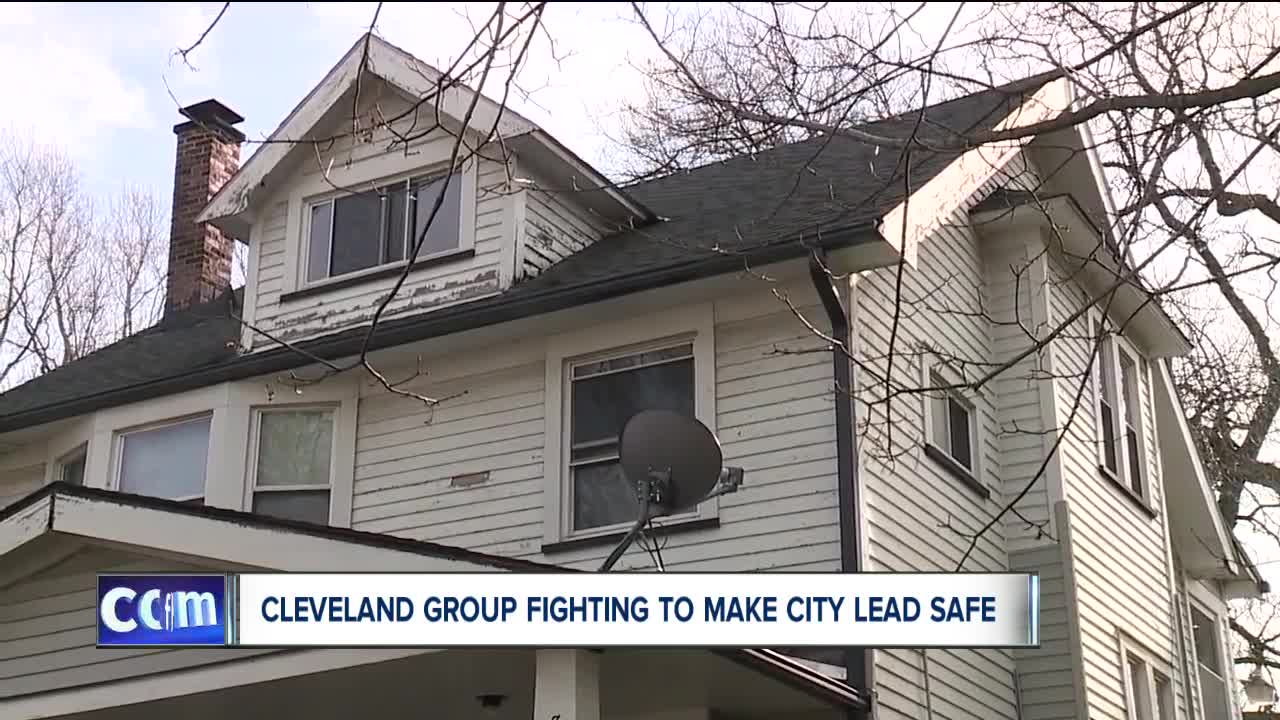 A group of community activists, Cleveland Lead Advocates for Safe Housing (CLASH), hand-delivered 10,301 signatures to the City Council Clerk Tuesday afternoon, potentially triggering a provision in the city charter that would put lead-related legislation before voters in November. 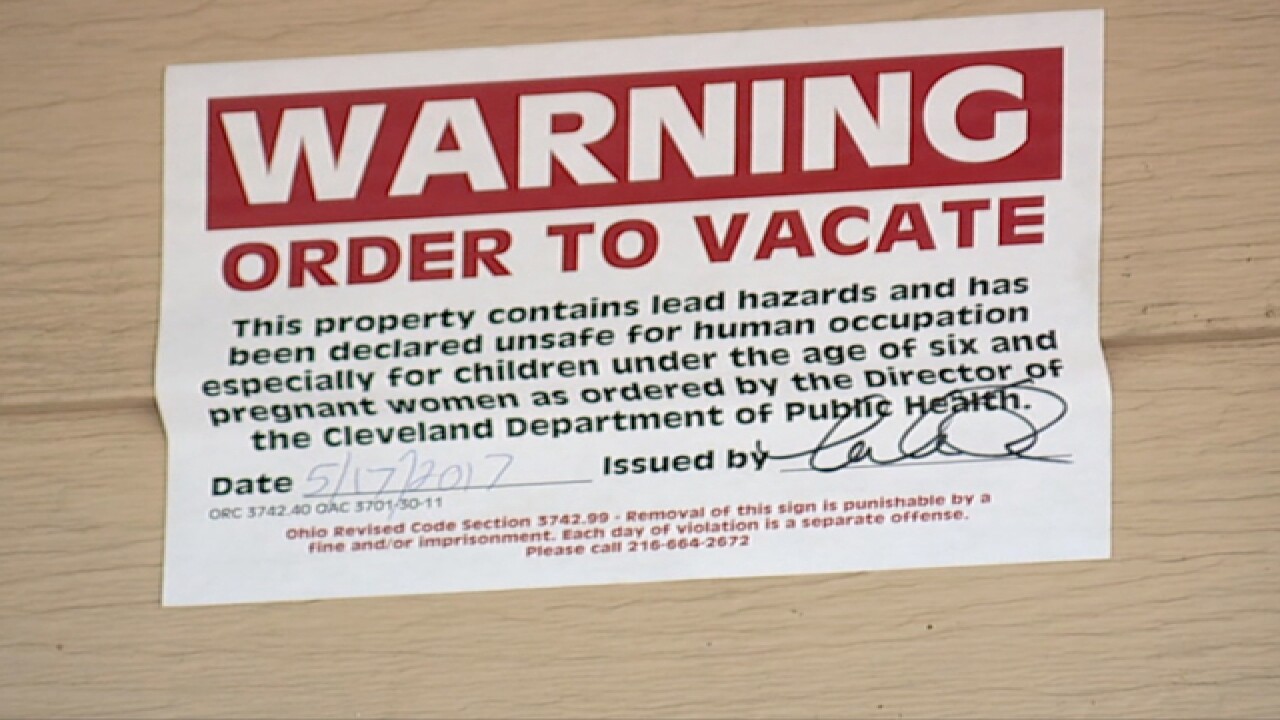 CLEVELAND — A group of community activists, Cleveland Lead Advocates for Safe Housing (CLASH), hand-delivered 10,301 signatures to the City Council Clerk Tuesday afternoon, potentially triggering a provision in the city charter that would put lead-related legislation before voters in November. While he respects the group’s efforts and assures the legislation will be considered as required by the city charter, City Council President Kevin Kelley said the petition drive will not change the course of the Lead Safe Cleveland Coalition, which was assembled earlier this year and is comprised of civic, community and philanthropic leaders.

The signatures that CLASH members said it collected over a six week period beginning in mid-February were contained in a half-dozen carefully marked boxes. Before handing the signatures over to the clerk to be certified, CLASH held a news conference on the steps of City Hall.

“We’re not here to fight with City Hall. We’re here to help City Hall solve this problem. If they choose to ignore it, if they choose not to support it, we will go to the November ballot,” said Jeff Johnson, a former city council member and current CLASH member. “We are not antagonistic. We are here because they are not acting.”

The protections contained in CLASH’s proposed legislation would allow tenants to terminate leases, suspend rent payments or pay prorated rent until the landlord makes the necessary repairs. Tenants would also be eligible for relocation if lead hazards displace them.

The proposed legislation would also create a risk assessment and remediation fund that would be comprised of public and private money. That money would help offset some of the cost of testing and abatement, Maurer said.

“The average cost of the test might range between $300 and $500. But the median cost of actually fixing the property in Rochester (New York) was $300,” Maurer said. “There’s a lot of low hanging fruit that we are going to be able to get.”

Under the city’s current lead-related rules, administrative action is taken only after a child has been determined to have elevated blood lead levels, said CLASH member Yvonka Hall.

“The reason that continuing to use our babies as lead detectors is a draconian practice that only leads to more costs to society,” Hall said. “We are here to challenge the gatekeepers and to let them know that our babies matter.”

If the City Council Clerk and Board of Elections certifies that at least 5,000 of the 10,000 plus signatures are, indeed, certified to be Cleveland voters, the proposed legislation would be introduced at the next City Council meeting on April 15. If the submitted signatures are not sufficient, CLASH will have 15 additional days to collect more signatures, a city council spokeswoman said.

Upon being introduced by Council, the body would have hearings on the proposed ordinance and would make recommendations to the full Council within 60 days. The Council would then have to take final action within 30 days of the committee’s recommendation, creating a deadline of July 14.

CLASH’s efforts come as the Lead Safe Cleveland Coalition has continued to meet and collaborate on its own legislation and policy concerning the city’s lead crisis.

“The Cleveland City Council is going to be introducing our own ordinance but we are going to do it in cooperation with… the policy committee of [Lead Safe Cleveland Coalition] to make sure this has had many eyes on it,” said Council President Kevin Kelley. “We will treat it as the charter requires us to treat it but, from our perspective, from council’s perspective and working with Councilman Blaine Griffin, we’re not going to go off course.”

Council President Kelley said he respected CLASH’s efforts and the group has been invited to collaborate with the Lead Safe Cleveland Coalition. In January, Mayor Frank Jackson announced the creation of the coalition, which is comprised of representatives from a myriad of different civic, community, private and philanthropic organizations. The coalition will also host a lead safe summit in mid-June.

Kelley said the collaborative approach the coalition is taking is vitally important to ensure any proposed legislation has been fully vetted and considered. Funding as well as enforcement resources must also be contemplated, Kelley said.

“To just have legislation that doesn’t have a community-based buy in or the resources, it doesn’t get us anywhere. We want to stop children from getting poisoned. You can’t just do that by legislation,” Kelley said. “Nobody is happy that one children is poisoned. It’s not okay with me it’s not okay with anybody. But to throw an ordinance together doesn’t get us there.”

Cleveland’s lead problems have been well-documented. Brought on by the prevalence of peeling paint and paint dust from the city’s aging housing stock, which pre-dates the federal governments ban on lead-based paint in the late 1970s, the lead crisis has affected potentially thousands of Cleveland children. The toxic heavy metal causes developmental and neurological problems.

Released earlier this year, two new studies conducted by the Center on Urban Poverty and Community Development at Case Western Reserve University found a quarter of kindergartners attending CMSD schools began their education with a history of elevated lead levels in their blood.

Although there is no known safe level of lead in a child’s bloodstream, the Centers for Disease Control and Prevention has set a level of five micrograms per deciliter as a barometer to identify children with elevated levels. Children can be exposed primarily through lead-based paint that’s prevalent on much of the city’s aging housing stock. Exposure happens when the paint begins to peel, allowing it to be digested or inhaled.

Despite an overall drop in the rate of children with elevated blood lead levels have been on the decline, children in Cuyahoga County account for more than 40 percent of the children living in the state with elevated lead levels. Exposure to lead can cause issues with cognitive development, affecting a myriad of things, including behavior, IQ scores, hearing and speech.

The studies also highlighted an ocean-like disparity between students growing up in neighborhoods on the east and west sides. The neighborhoods with the highest proportions of kindergartners who have a history of elevated blood lead levels are Glenville (40.4 percent), St. Clair-Superior (36.2 percent), Buckeye-Woodhill (34 percent), Broadway-Slavic Village (34.6 percent). On the West Side, the Stockyards neighborhood, a proportion of 34 percent of resident kindergartners had elevated blood lead levels.