For 32 years, Reba Marie called the home at 3541 Erin Avenue in Cleveland her own. But in 2015, the constant repairs and fixes got the best of her and forced her into foreclosure.

The home sat vacant for years and was eventually condemned. A few months ago, the City of Cleveland demolished it.

But Marie doesn't believe it had to end that way. She said her home, slowly but surely, had been sinking into the ground.

Marie said the floors in the home were sloped, and the doors wouldn't close because they were so uneven.

Marie paid the home off but had to take out loans for repairs. After years of working on fixes and spending upwards of $15,000 on repairs, she decided to let the bank take over in 2015. She said she was worried that the home would fall in.

The photo below shows the roof separating. Marie said the home was splitting in half. 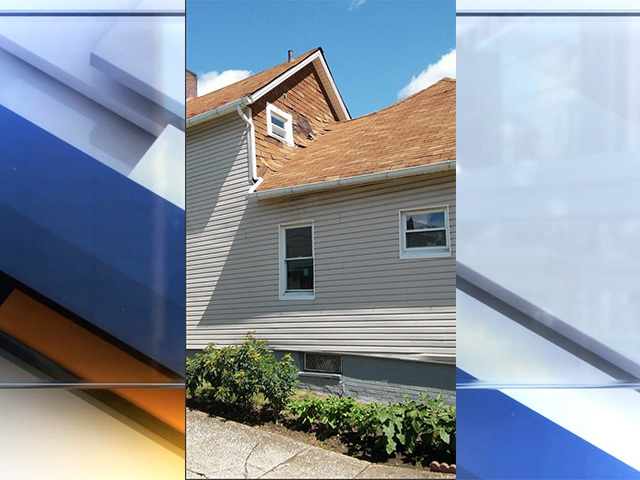 Marie’s home was next to Miguel Laboy’s, whose home is also shifting and sinking into the ground, as News 5 reported last week. Laboy believes their homes were built over a pond — as a neighborhood map from 1881 shows — which is causing the homes to sink.

Marie and Laboy, along with other neighbors experiencing similar issues, want the city to take some responsibility.

“Somebody in the city needs to get in here and find out why this is happening and do something about it before everybody’s house is just like my vacant field here,” Marie said.

According to the City of Cleveland, a soil survey done on Marie’s property before it was demolished revealed that there was no groundwater running underneath.

The city did not respond to questions asking for clarification on why it believes homes built in the 1940s and 1950s are still settling.

A city spokesperson sent the following statement to News 5:

“The City of Cleveland was made aware of a settling problem at 3601 Erin Ave. Chief of Regional Development Ed Rybka personally visited the home. In response, the city initiated steps to conduct a geotechnical study on the adjacent property. That study concluded that there was no evidence of an underground flow of water causing an erosion of the soil. The city proceeded to demolish the abandoned, adjacent home. The home at 3601 Erin Ave. is experiencing  settling. In that 3601 Erin Ave. is privately owned, the next action is for the property owner to take steps to address the settling issue.”