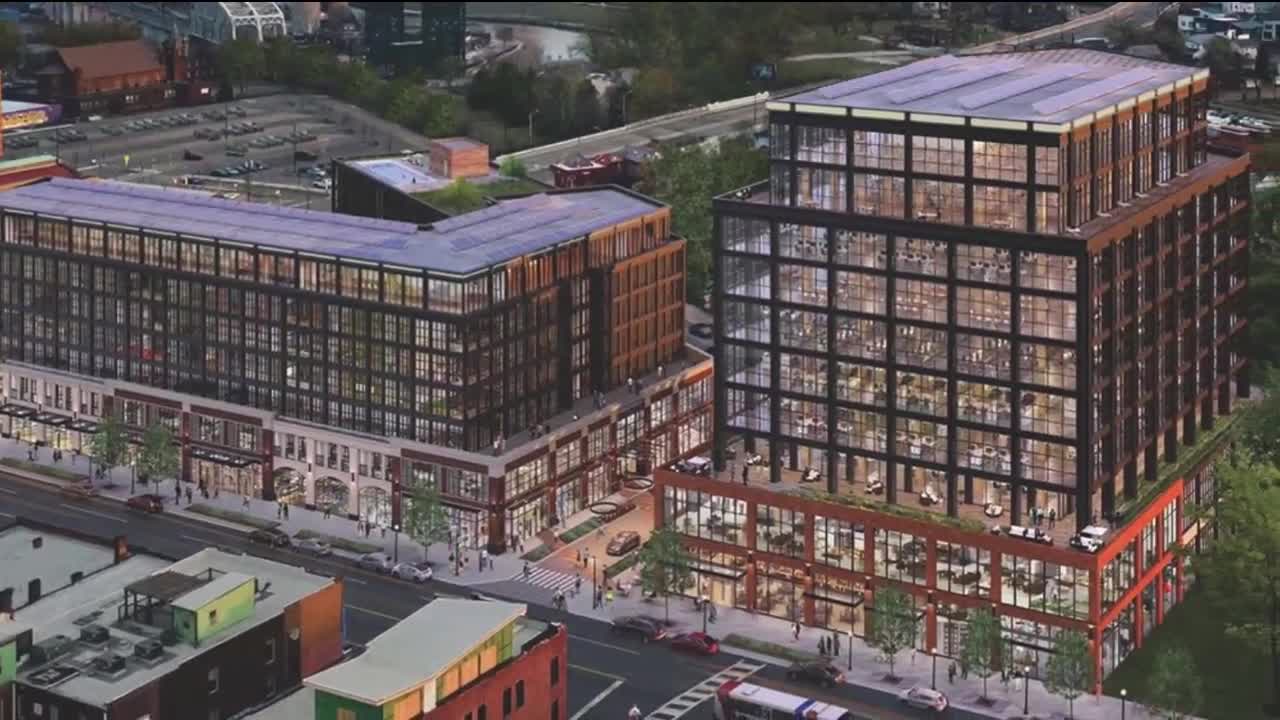 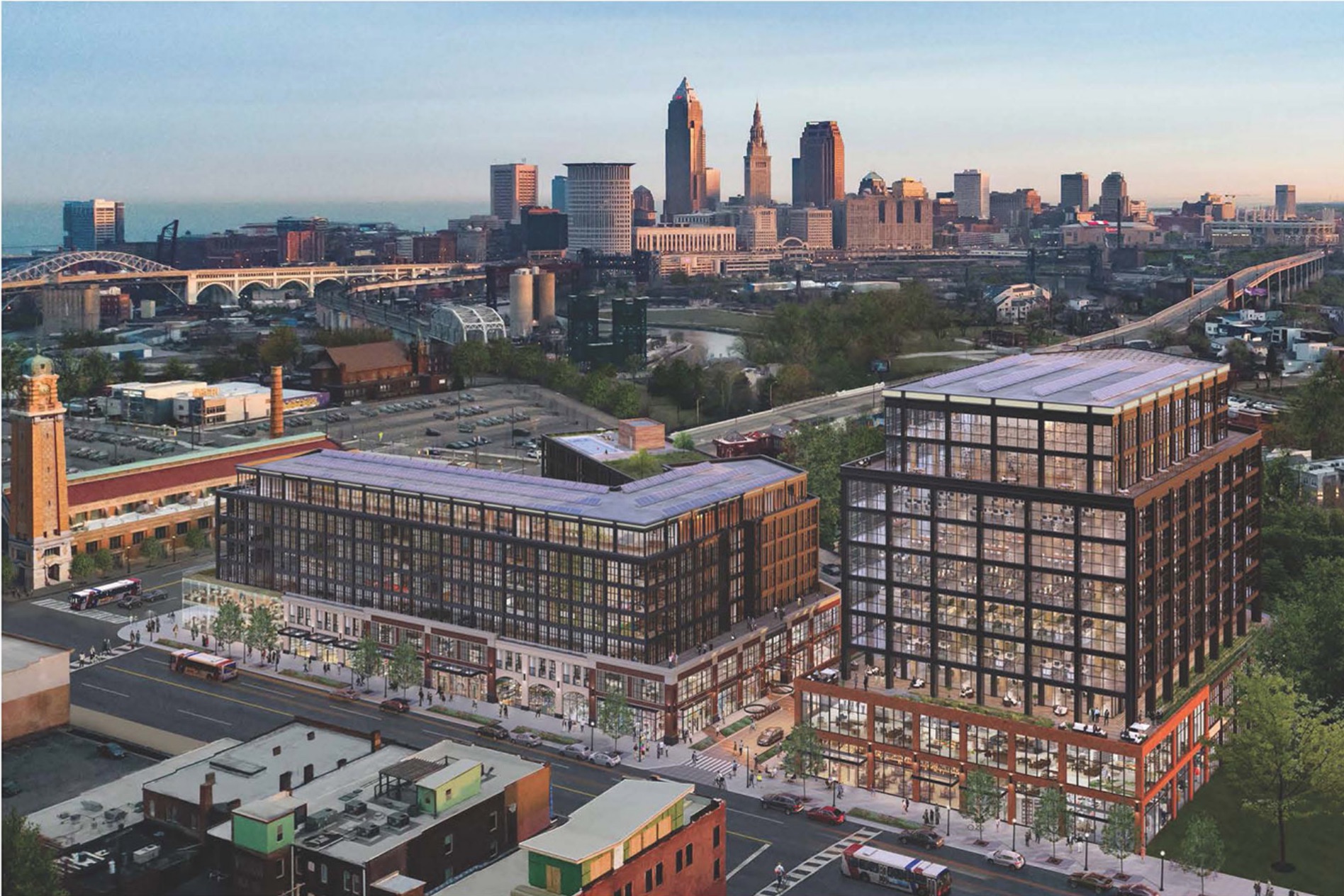 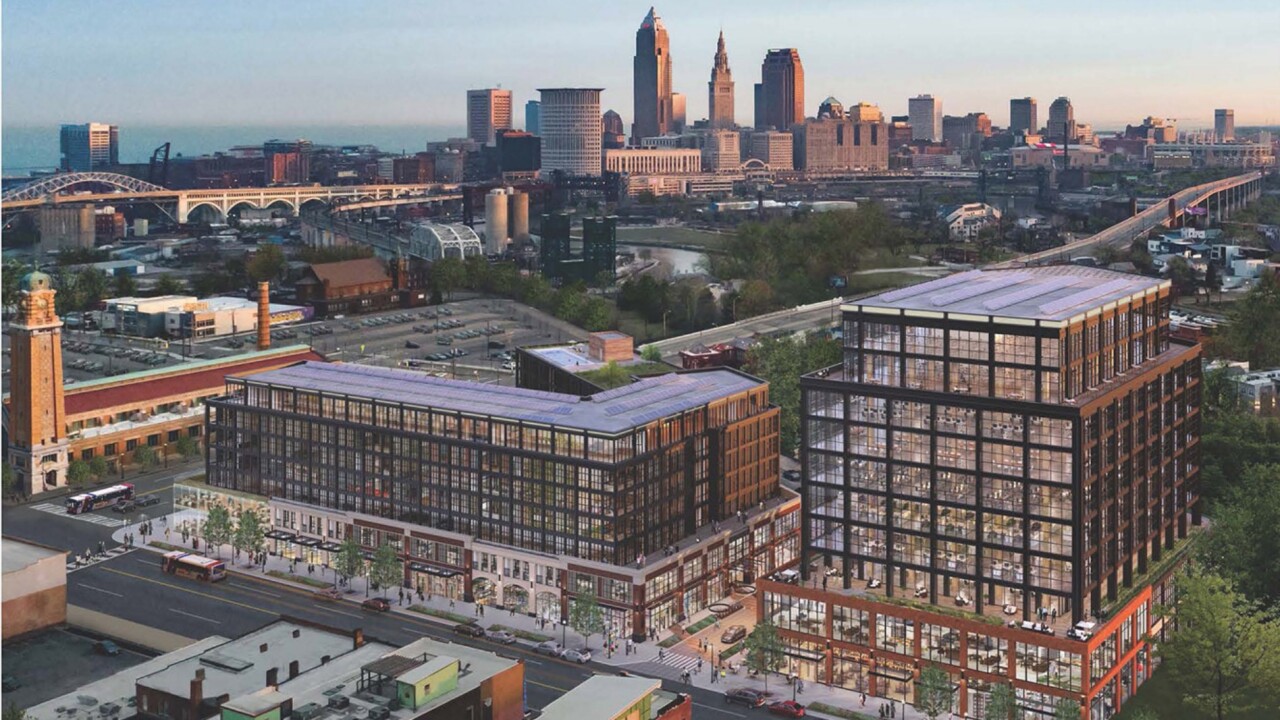 CLEVELAND — The possibility that the Market Plaza, a late 80s strip shopping center across the street from the West Side Market was facing the wrecking ball, was not the concern of the City's Landmarks Commission Thursday but a sense of relief. Their focus was what would become the new neighbor of the iconic Market, the transformational mixed-use, Market Square Development.

The commission approved the design plans for the complex that will include a 7-story apartment building featuring 253 apartments and a 10-story office building that Dan Whalen with Harbor Bay Real Estate of Chicago promises will be unique.

"We're doing timber construction which hasn't been done in this state before, to this level and this scale that we're talking about," said Whalen a native of Willoughby. "So we're going to have the tallest mass timber building in the United States when its all said and done."

Currently, the tallest is an 8-story building in Portland but both will soon be eclipsed by larger projects in the pipeline across the country as developers eye the use of wood which when engineered is on a par with steel and concrete.

"As sound if not stronger," said Whalen. "And what we're finding is that the material is so well engineered and the wood is such a strong material already. Think about the tallest trees, they're hundreds of feet tall so why not be able to build buildings out of the same materials at the same height."

The project will feature just under 550 parking spaces, which will be under the building.

"Parking is still a point of contention a lot of times especially on market days and Saturdays and Sundays when it is very busy," Whalen said. "So when you talk about adding parking and finding the right mix and the right number of spaces that are going to serve what's there today but also what's coming and then changing dynamics of Uber, public transit and all of the things that we have along with the bikeability and walkability of the district, we thought it was the smartest idea to put it underground, hide it out of the public eye. Still make it accessible and really create the dynamic urban atmosphere that we wanted to create."

Whalen hopes to break ground on the project this fall with completion scheduled for 2021.