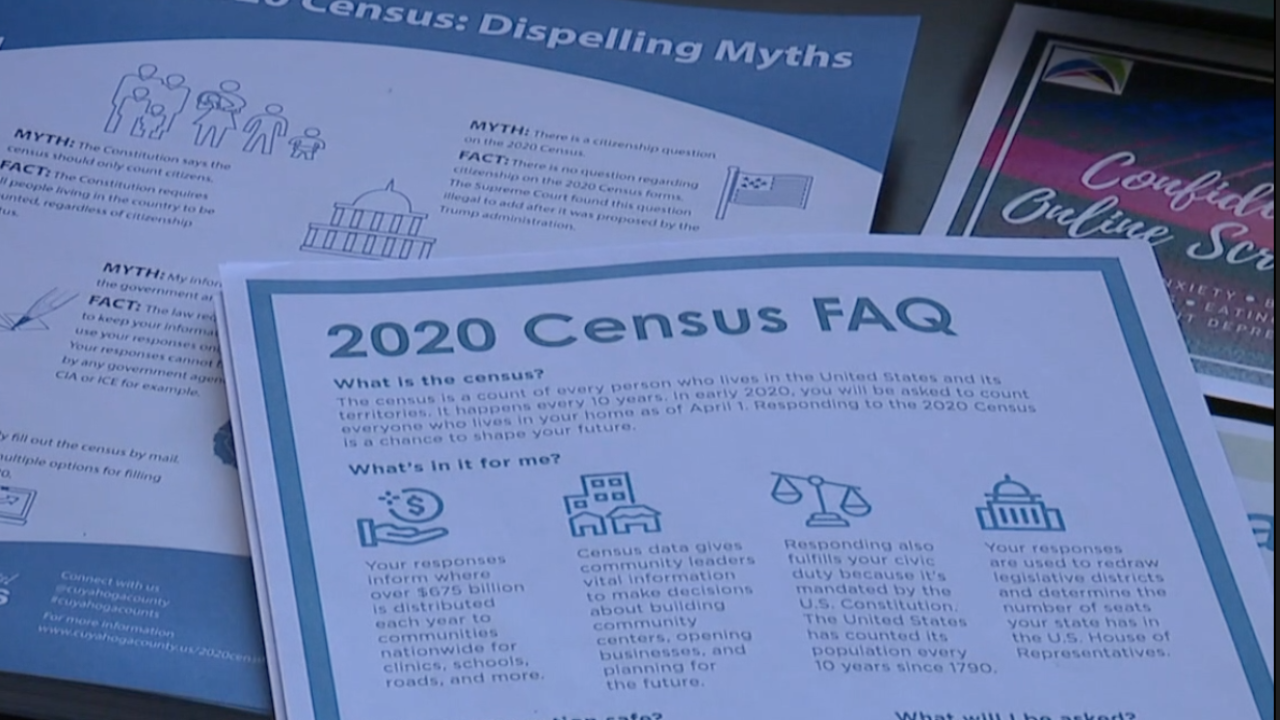 CLEVELAND — Cuyahoga County leaders made an urgent call to residents to fill out the 2020 census as soon as possible, as county census response continues to lag at 63.8%

Cuyahoga County Executive Armond Budish said the county is reaching out to residents in various ways to improve census response rate after the Trump administration rolled back the census collection deadline from Oct. 31 to Sept. 30.

Budish said he's concerned lower census response from the county could result in millions of dollars in lost federal revenue to crucial public assistance programs over a 10 year period, hurting the county's most vulnerable populations.

“The people who tend to get left out are people who are poor, who are immigrants, who are transient, minorities in many cases,” Budish said. “We’re behind Baltimore for example, we’re behind King County which is Seattle, we’re behind Minneapolis. If you chop a month off and we lose the ability to count those folks it’s going to hurt us a lot here in Cuyahoga County.”

Mark Salling with the Cleveland State Levin College of Urban Affairs has done research on potential issues with the 2020 census.

Salling said the potential cut in Northeast Ohio programs due to a poor census turnout is all too real.

“Right now it’s not good in Cuyahoga County, the city of Cleveland, inner ring suburbs,” Salling said. "Federal funding is often driven largely by the population numbers. If the population numbers are low in those communities it means there’s less money coming in to support things. If things go this way, it means there will be fewer hours available to them for these kinds of services, fewer staff people, some service will just go away.

“It’s going to be huge, it goes on for 10 years, this is not a one year event, like Oh gee, we got a bad count this year, maybe we’ll make up for it next year.' No this impacts the funding for the next 10 years, it impacts the representation in Congress.”

Davis said she's volunteered at multiple churches in Cleveland and East Cleveland, helping to sign people up for the census, but she's disappointed by the Cuyahoga County response.

“With the need being great, we need everybody to fill out their census so that we can have the resources available," Davis said. “I’m asthmatic, so I need the clinics to be open, I need affordable prescriptions. Basically your life is in danger if you don’t fill out the census, because they are going to cut the money short, so that means we’ll have less healthcare. I am truly disgusted because I am in these trenches every day, I am in East Cleveland every day. To hear that East Cleveland has not turned out the numbers, I am deeply upset. I am embarrassed and I’m in complete shock.”

Those who have yet to fill out the 2020 census can use the U.S. Census Bureau hotlines.