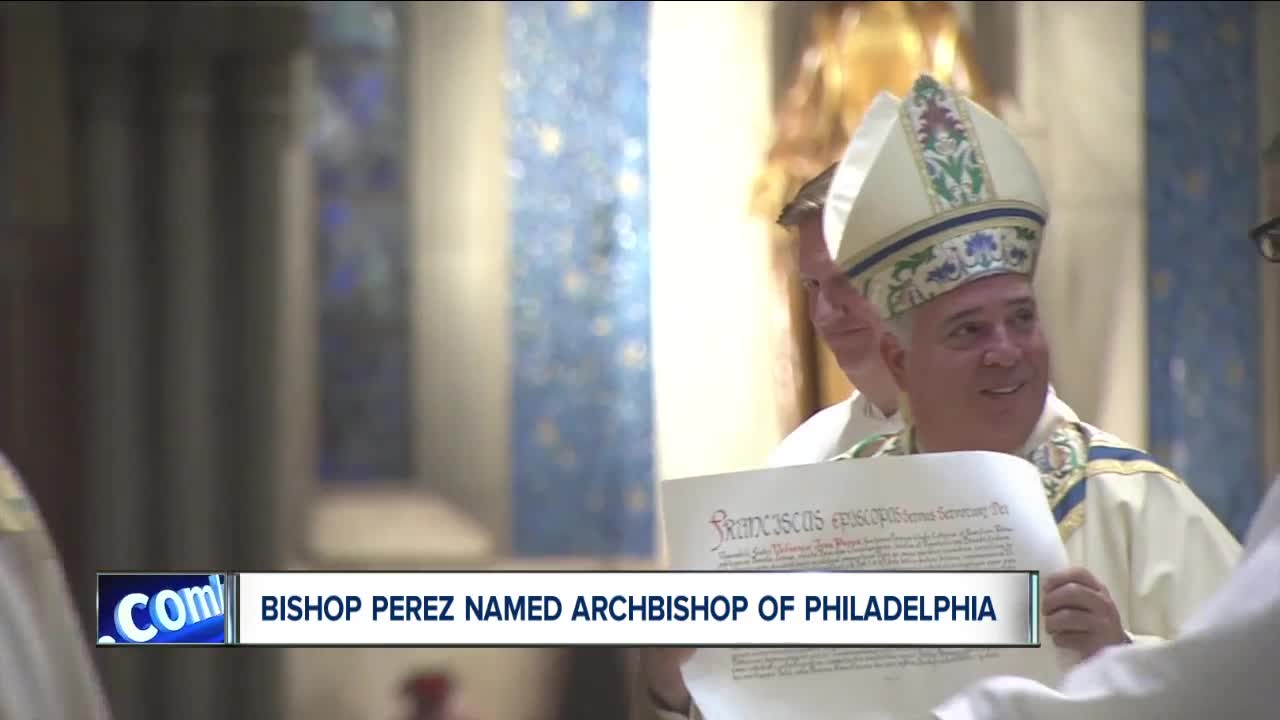 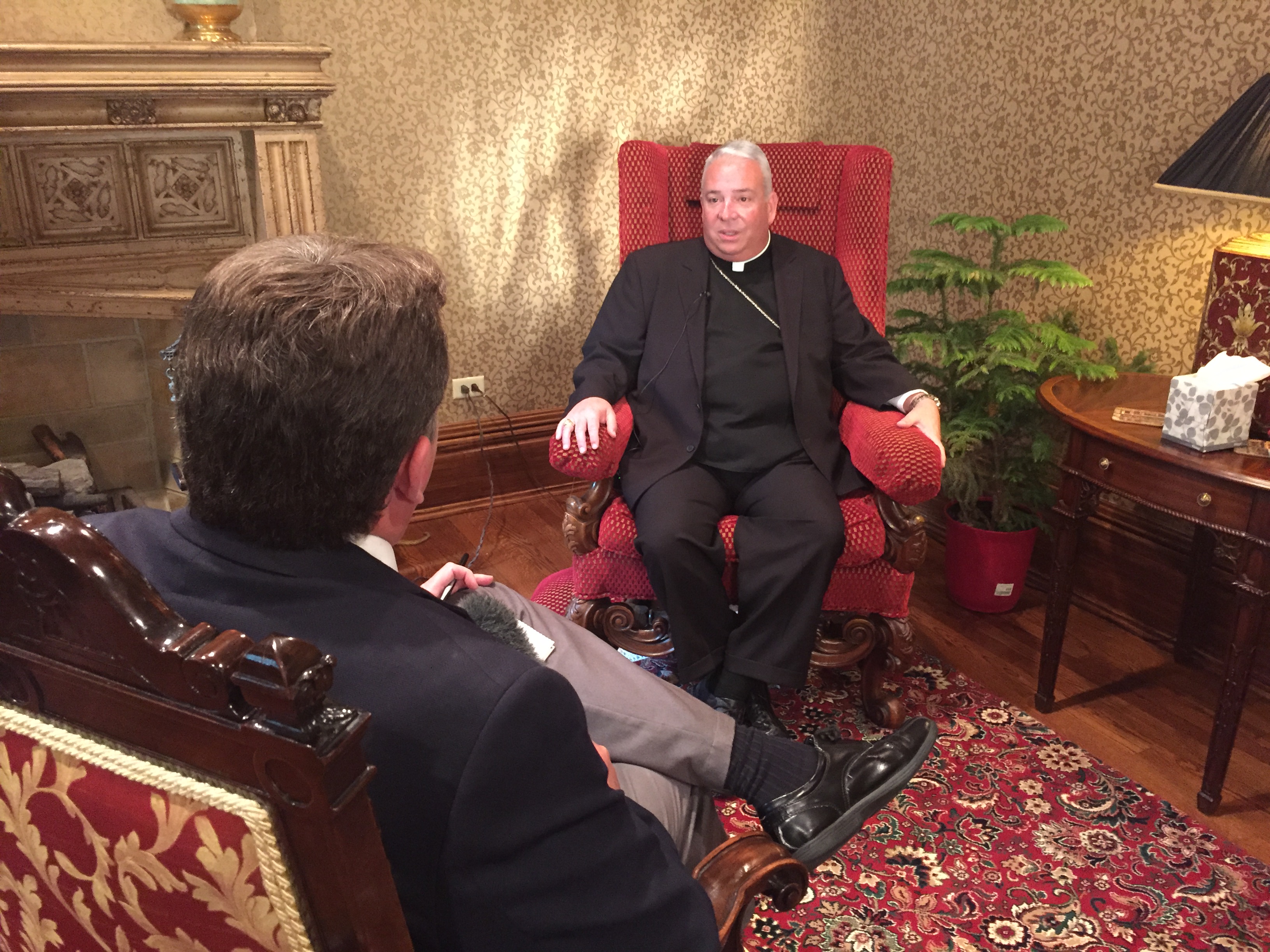 CLEVELAND — As he stood at the podium inside the Archdiocesan Administration building where he used to work, Archbishop-elect Nelson Perez looked out among familiar faces from his 30 years as a priest.

"This is surreal," he said. Philadelphia is where he was ordained in 1989, where he spent roughly half of his life, and where, as the pastor of a church in 2012, he recalled saying mass on Pentecost Sunday.

"I got up and I spoke very eloquently about how God is a God of surprises, only to find out that 24 hours later I would be eating those words when I was told that I was going to be made a bishop and sent to Rockville Center, New York," he said.

It was there he remembered getting another call from the Vatican's papal nuncio five years later.

"There's this little code word that the nuncio's use you know, it's 'Are you alone?' And if they say 'are you alone,' then watch out," Perez said. It was a line he would drop as Bishop Perez learned the Pope wanted him to take over the Diocese of Cleveland, replacing Bishop Richard Lennon for health reasons.

And so it was with surprise this past Saturday morning just before 9 a.m. that Bishop Perez got a call from the nuncio once again.

"And guess what he said. 'Are you alone?' And I said to him, 'Archbishop you're not changing me again are you?' And he said 'I'm not, but the Holy Father is,'" recalled Perez.

When he asked where he was going now, the archbishop asked in return, "'Are you sitting?' And I said 'Oh God,' and he said, 'Philadelphia.' And I said, 'You're kidding me.' I was shocked, just absolutely shocked," Perez said.

For the archbishop-elect, there's a part of the transition to one of the nation's largest archdiocese that will be easy.

He said while he left ministerally in 2012, his heart was always in Philly.

"My closest friends are here, my classmates, all the guys." he said. "This is where I come between Christmas and New Year's, I was just here three weeks ago."

In fact, the pectoral cross that he wears around his neck as a bishop was a gift to him in 2012 by Archbishop Charles Chaput, the very man he's replacing.

"He put it around my neck," Perez remembered, "and he said 'You are now my brother bishop' and he gave me this incredible hug."

Archbishop Chaput came to Philadelphia in 2011, appointed from Denver by Pope Benedict. He was an at times outspoken conservative voice in the Catholic church in the U.S. Chaput turned the retirement age of 75, when bishops must turn in their resignation. This week, Pope Francis accepted it.

"Needless to say I am sad to leave the people of Cleveland," Perez said. "I can't say that that brings me joy — it brings me sadness because they were so so good to me and I made great friends and I'll always have them here in my heart."

Bishop Perez will stay on as head of the Cleveland Diocese until he is installed February 18. Archbishop Chaput will stay on as apostolic administrator of Philadelphia until then. He said Thursday the speed with which this all occurred was in part at his request, wishing to have this all wrapped up before the start of Lent.