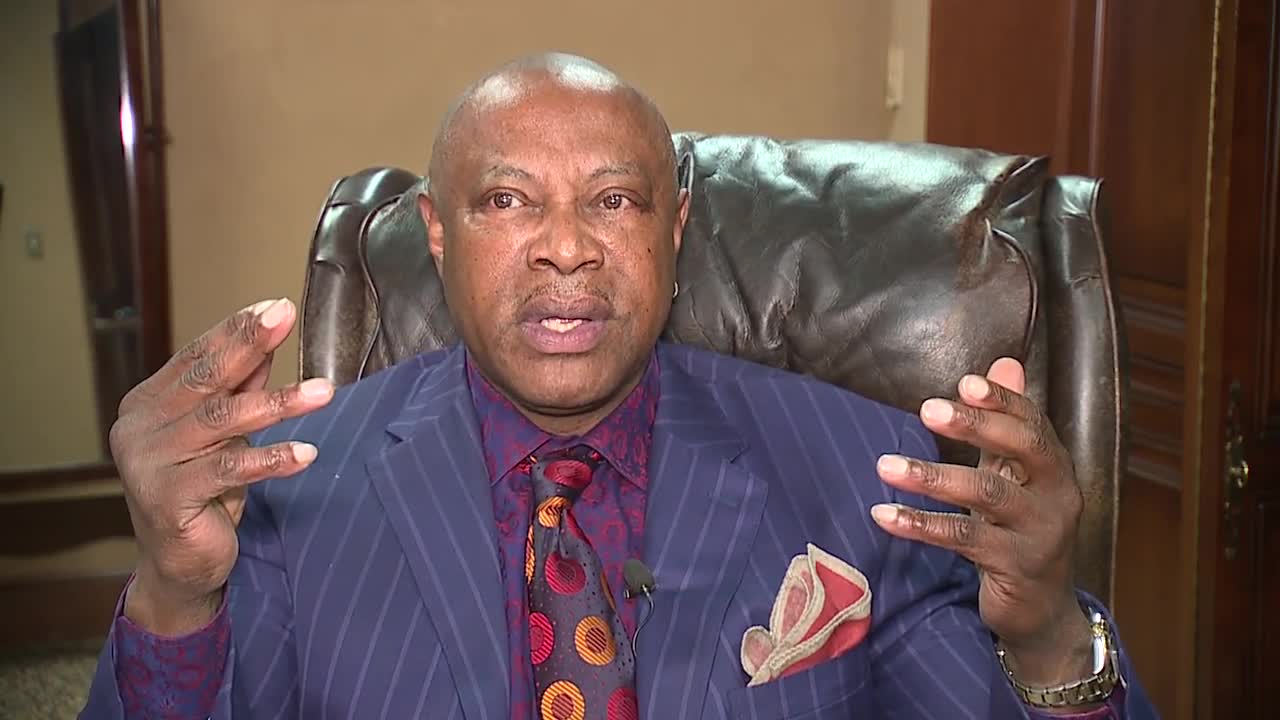 Local pastor Rev. Ronald Williams, speaks to News 5 about the letter he sent to Rep. Marcia Fudge, who made headlines when she read it aloud on the House floor Wednesday.

CLEVELAND — A local pastor who was thrust into the national spotlight when a Cleveland-area congresswoman read a letter he wrote that harshly criticizes President Trump and his supporters said he does not regret writing the letter in spite of getting death threats, but does struggle with some of the language he used.

Rev. Ronald S. Williams, a senior pastor and chief executive of Mount Zion Fellowship in Highland Hills, sent the letter to Democratic Rep. Marcia Fudge, who read it to the House during the body’s “morning hour” Wednesday.

The letter calls Trump supporters racist and says the president is a con man. The GOP has criticized her actions.

“I did know she was going to read it,” Williams said in an interview with News 5. “I did not realize the magnitude of the reaction I received, all the way down to death threats.”

The letter starts: “A mobster? A con man? A gangster in the White House? I think so," Fudge read.

She continued to read the letter, which maligned Trump’s behavior and the beliefs of his followers.

During today’s Special Morning Hour, I shared a letter from an OH-11 constituent concerning the current administration. Watch the video to view the full floor speech. pic.twitter.com/D3yx7lDECP

“It is glaringly apparent that many who support the president’s administration are either racists, steeped in religious beliefs, ignorant, or as my mother used to say, just plain dumb," Fudge read.

Williams said that line is one he struggles with.

“That was a generalization,” he said. “I was not speaking of everyone. People have their reasons, and that was my opinion. I thought we still had freedom of speech in this country. I hold no animosity or hatred toward anyone.”

The Ohio Republican Party issued a statement about Fudge’s decision to read the letter, which reads, in part: “Not only is this rhetoric downright derogatory and inherently false, this is a dangerous narrative to push. House Democrats’ shock that President Trump was completely exonerated from the Mueller Report has pushed them to go off the rails in their pursuit of the president.”
Fudge supports impeachment.

Read more on her speech from the Washington Post here.