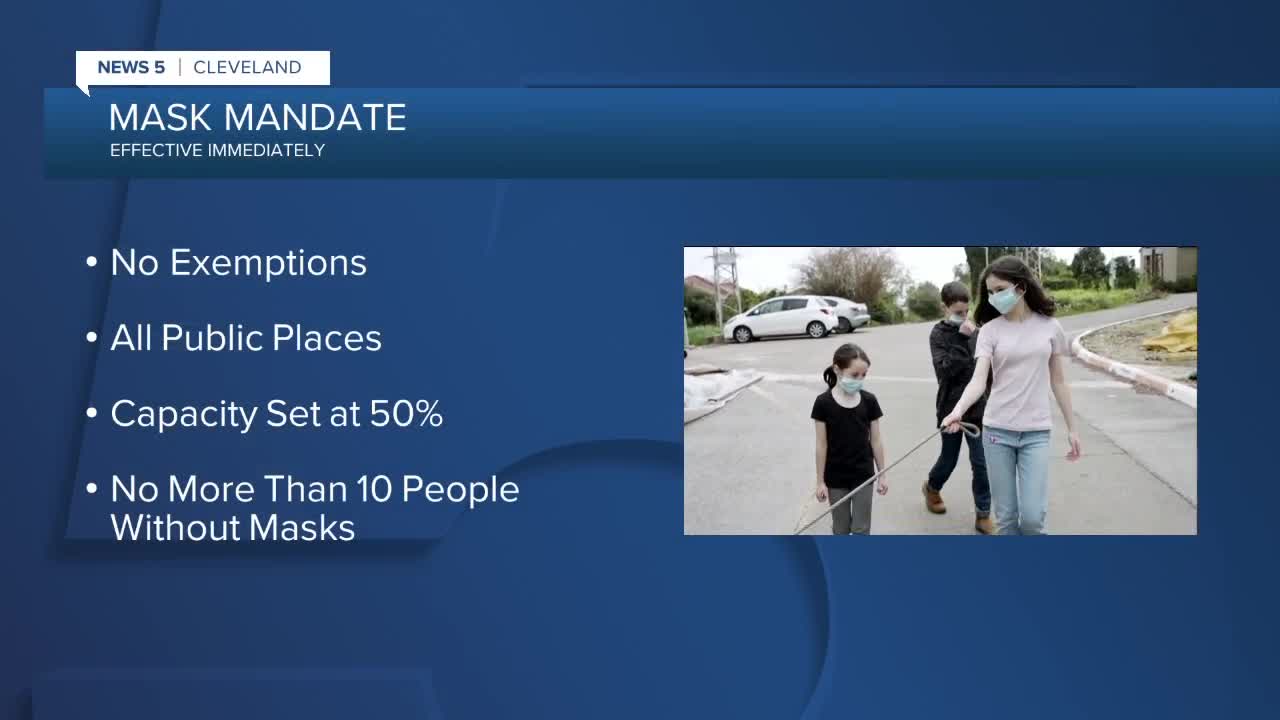 Cleveland Mayor Frank Jackson signed an order Friday that requires citizens to wear masks throughout the city, and Cuyahoga County Executive Armond Budish announced his intent to bring legislation mandating the use of masks across the county’s public spaces. 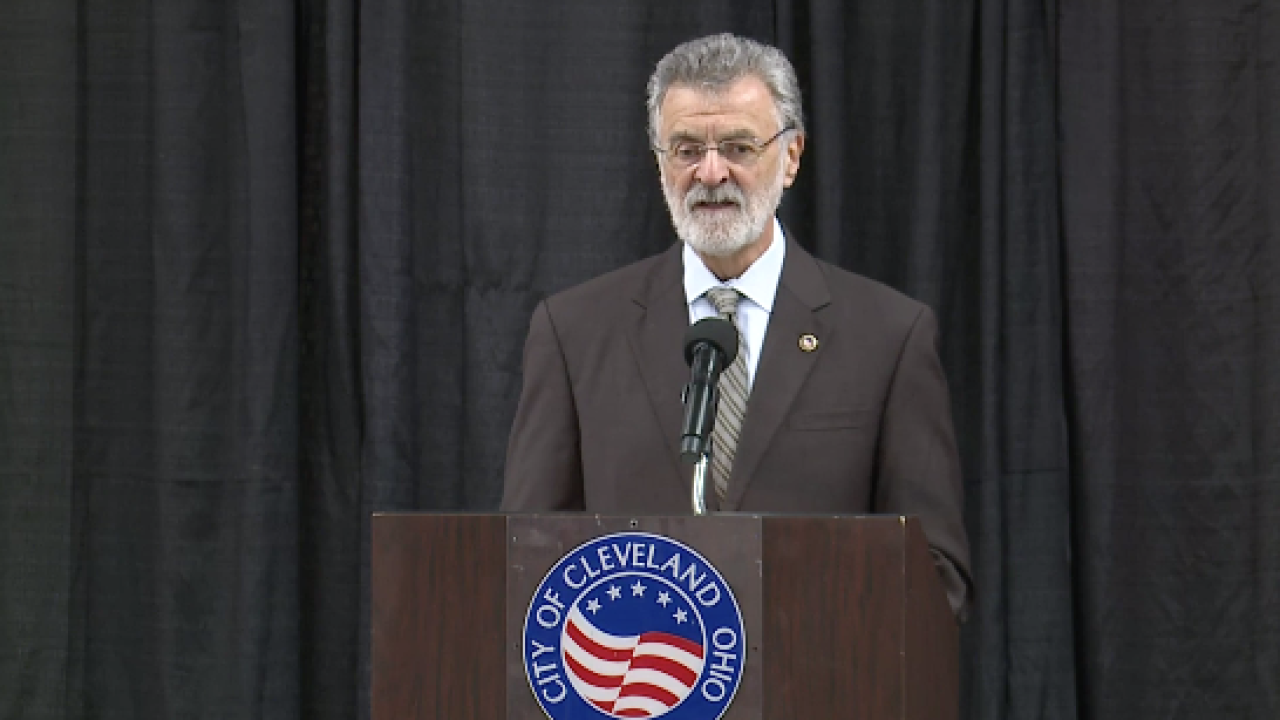 CLEVELAND — Cleveland Mayor Frank Jackson signed an order Friday that requires citizens to wear masks or face coverings throughout the city, and Cuyahoga County Executive Armond Budish announced his intent to bring legislation to Cuyahoga County Council next week mandating the use of masks across the county’s public spaces in an effort to mitigate the increasing spread of COVID-19. .

The order in Cleveland, effective immediately, requires all individuals out in public to wear a mask or face covering, including at restaurants and other businesses.

When asked, Jackson said that there are no exemptions given under the order, even for those with medical conditions or for young children, but said that the city will do their best to use discretion while enforcing the order.

Under the order, all bars, restaurants and entertainment venues will be required to reduce their maximum capacity to 50% of allowable capacity and must follow social distancing guidelines set by the state.

Businesses who fail to comply with the order and receive two violations of being overcapacity will be shut down, the city said.

In an attempt to prevent mass gatherings of 10 or more people, the city will be citing groups larger than 10 who gather without wearing masks or face coverings.

If an establishment has an employee or customer who tests positive, the establishment must be sanitized to the standards of the Cleveland Health Department. If they fail to do so, they will be shut down, the city said.

Jackson said police and health officials will be enforcing the order, but citations can not be issued until legislation passes at the July 15 Cleveland City Council meeting.

The city of Cleveland will submit legislation to issue fines for violators of the order. If passes the fines will include:

“The spike in coronavirus cases across the City of Cleveland warrants the mandated use of masks,” said Mayor Jackson. “If Clevelanders do not heed these critical warnings and prevention efforts, the effects will be disastrous to the economy and, most importantly, to individuals and families. No one is immune to this virus.”

On Thursday, Gov. Mike DeWine announced the state had created a color-coded Public Health Advisory Alert System to help state and community leaders collect information that they can layer with enhanced safety measures to combat flare-ups and case increases in an area.

Cuyahoga County is currently under a Level 3 Public Emergency.

“Cuyahoga County has been hit hard in recent weeks by an increase in COVID cases, as demonstrated in the Ohio Public Advisory Health System’s designation of a level 3 public emergency in our community,” said Cuyahoga County Executive Armond Budish. “I am introducing this legislation to help protect all residents, especially our most vulnerable. Wearing a mask is a small sacrifice we can make to save lives and significantly reduce the spread of COVID-19 in Cuyahoga County.”

Shortly after signing the order in Cleveland, Jackson received support from the governor as DeWine took to Twitter calling his actions to slow the spread of COVID-19, "the right move."

This is the right move. With Cuyahoga County currenty at Alert Level 3, @CityofCleveland Mayor Frank Jackson’s decision to mandate masks in public will make a real difference. https://t.co/PCAByXgHMJ