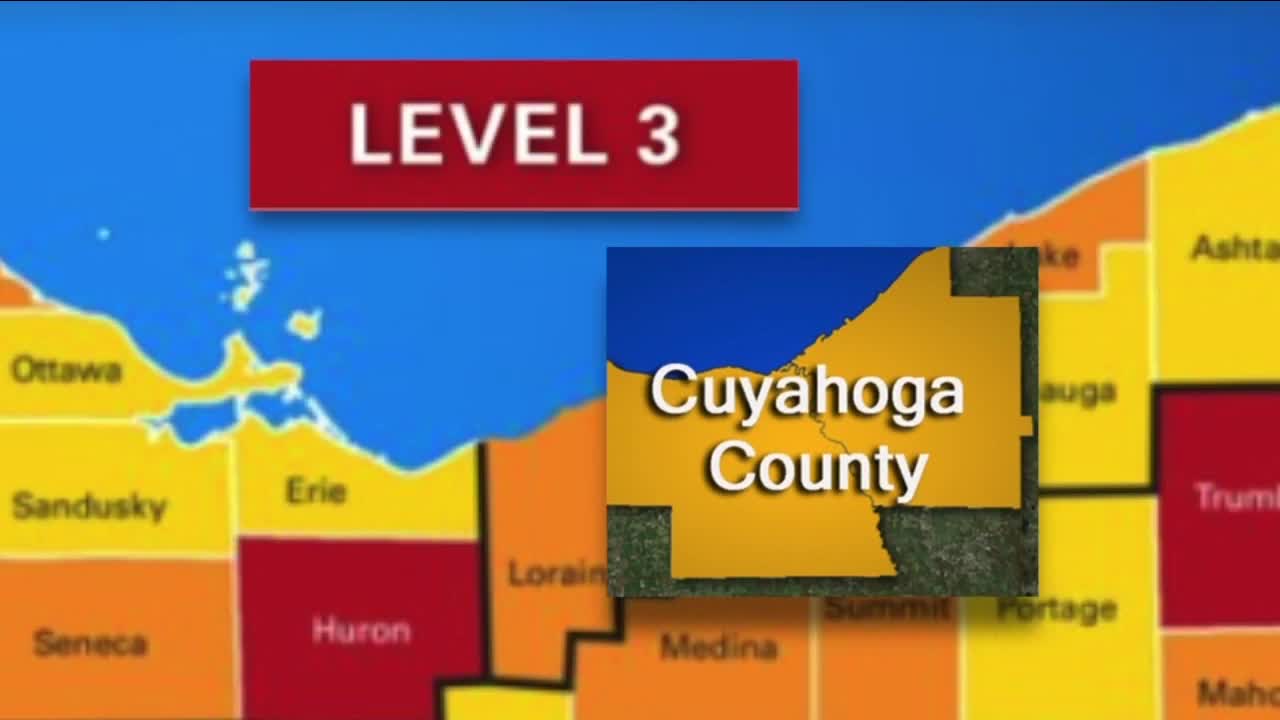 Gov. Mike DeWine announced that a Public Health Advisory Alert System has been created to help state and community leaders collect information that they can layer with enhanced safety measures to combat flare-ups and case increases in an area. 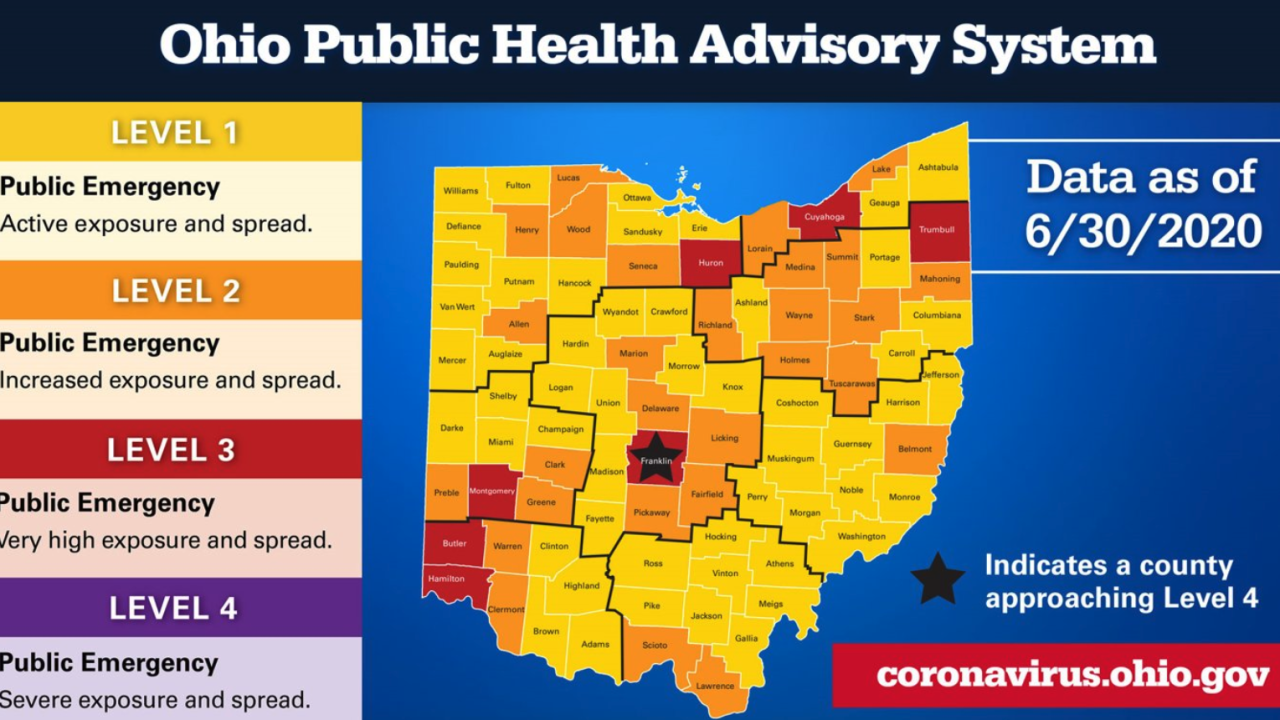 COLUMBUS, Ohio — Gov. Mike DeWine announced that a Public Health Advisory Alert System has been created to help state and community leaders collect information that they can layer with enhanced safety measures to combat flare-ups and case increases in an area.

The system will be color-coded to assess the level of spread in the area to better guide officials to determine appropriate actions.

There are four levels with seven indicators, with three more to come, to determine the level an area is in, DeWine said.

Regardless of the alert level, DeWine said that high-risk individuals, which make up around 60% of the state’s population, should take every precaution they can. DeWine also said Ohioans should also assume that if one person in a household is sick, all others may be sick as well.

DeWine said that the increase in cases is largely caused by large family gatherings like birthday parties and graduations; protests; spread in the workplace; bars and restaurants; tourist destinations like Put-in-Bay; people with symptoms not staying home and people not social distancing.

“All the great actions Ohioans have taken to this point are in danger, frankly, of being reversed,” DeWine said, which is what he hopes the new Public Health Advisory Alert System will be able to prevent from happening.

Based on the data collected in this new system, DeWine said that mandates may be issued on a county-by-county basis, including wearing masks or face coverings. The governor said that the state's intent, at this point, is to not have to issue a state-wide mandate on face masks and coverings—but with new data and information, if the state deems it necessary, they’ll be able to do that.

Dr. Claudia Hoyen, Co-Director of Infection Control at University Hospitals, says the spread of COVID-19 was bound to increase with as the state continues reopening the economy.

"We really need to be mindful of making sure that we're not getting to a point where we’re really starting to get that exponential rise in cases every day," she said.

Hoyen says the new alert system could help slow the spread as it holds Ohioans accountable.

"A lot of controlling disease is done very locally and to be able to kind of let parts of the state that are doing better continue what they're doing I think overall is going to keep the state in a healthier place and again focusing on those hot spots where people need to be paying more attention is really important," Hoyen said. "we're all at a level one and so really nowhere in the state should people not be washing their hands, social distancing, wearing masks. As we move through this COVID epidemic truly the things we are trying to protect is the healthcare system. At no point do we want the healthcare system to become overwhelmed because then it's not just about COVID patients. It's about people having heart attacks. It's about people having strokes. So we can't allow that t happen because then we're going to have people who are having everyday regular things not be able to get the healthcare that they need."

Hoyen says moving forward Ohioans have to resort back to what was done well at the beginning of the outbreak, which includes limited public activities as recommended by the governor.

"We’ve all seen I think pictures on people’s Instagram of people being in downtown Cleveland and you know not really social distancing, clearly not wearing masks," she said. " When we see large groups of people interacting that’s when we’ll get spread."

DeWine did not mention any restrictions for counties rated through the new system. However, the system could be updated with indicators surrounding contact tracing and testing rates.