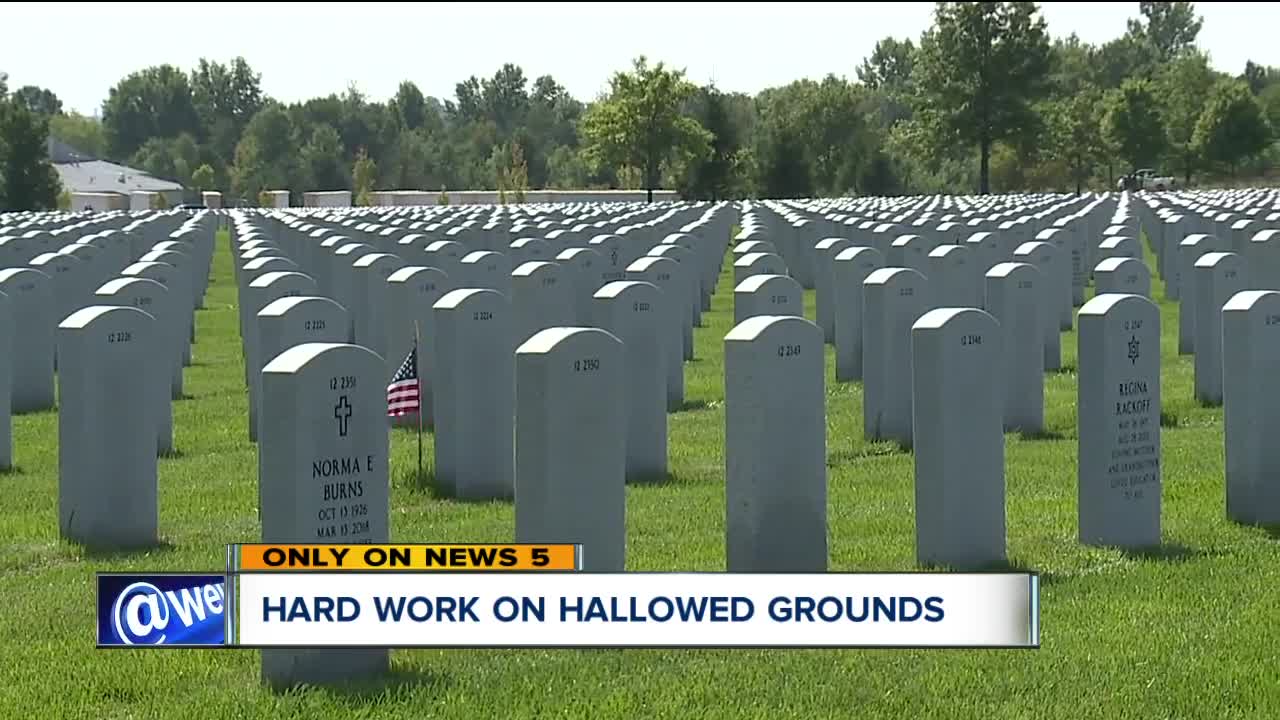 More than three dozen arborists and tree service professionals — many of whom were veterans — volunteered their time, money and expertise Wednesday to spruce up and service the Ohio Western Reserve National Cemetery in Medina County. For two veterans in particular, the volunteer project provided a chance to honor friends who were killed in action. 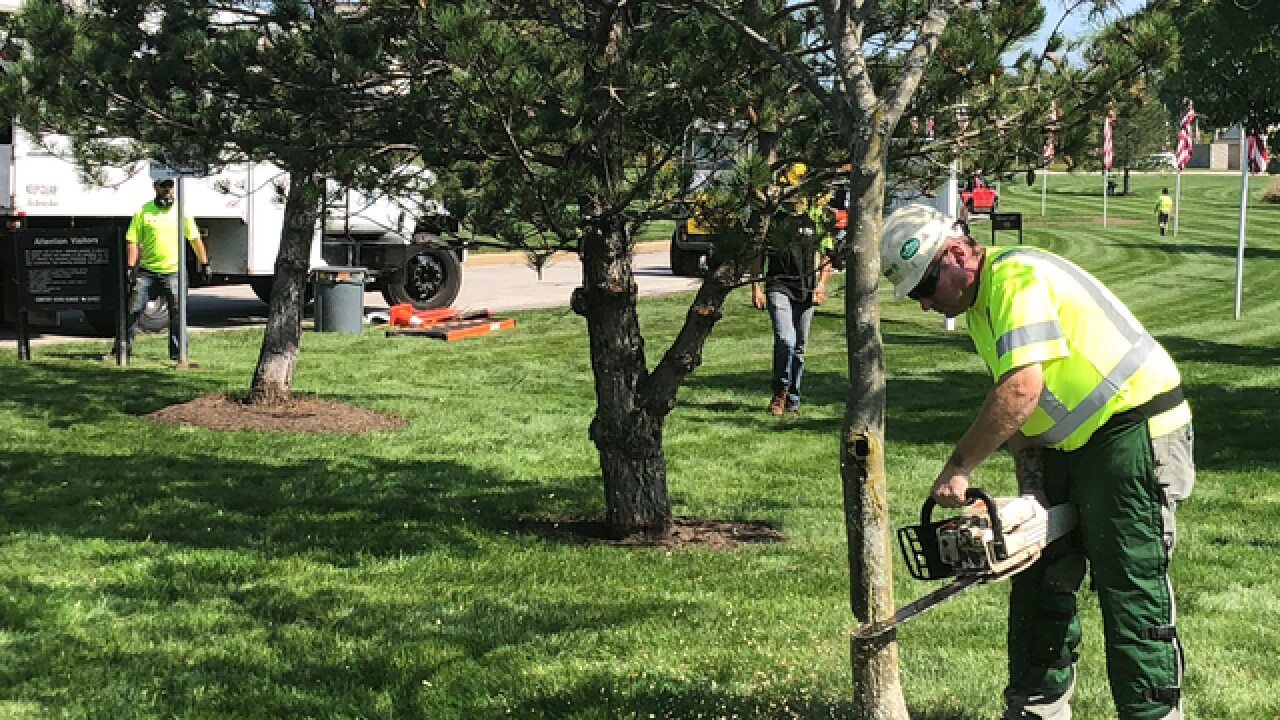 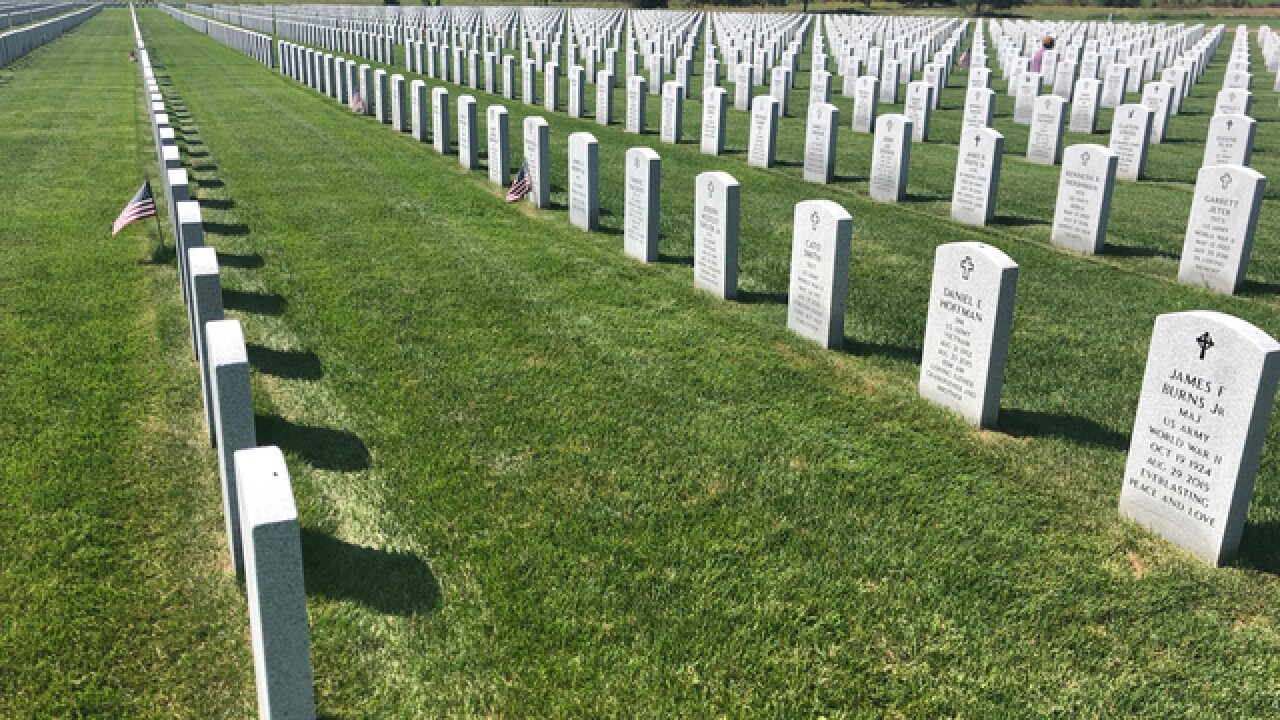 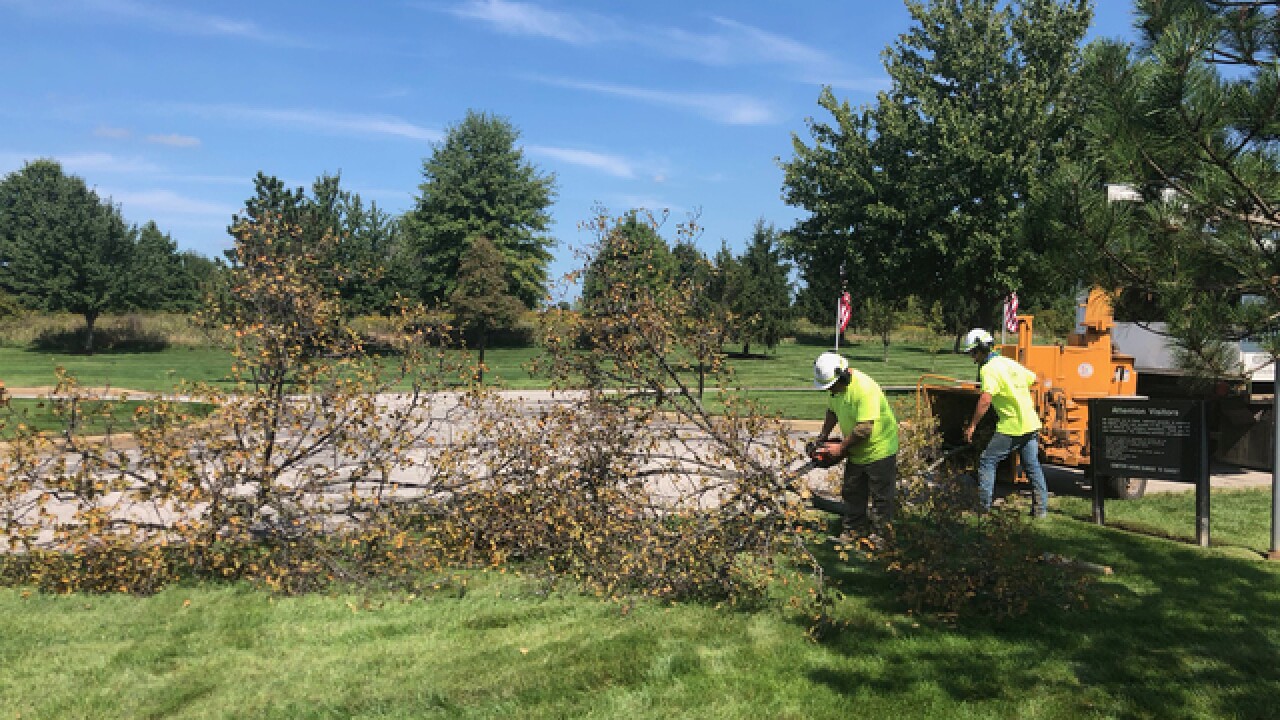 More than three dozen arborists and tree service professionals — many of whom were veterans — volunteered their time, money and expertise Wednesday to spruce up and service the Ohio Western Reserve National Cemetery in Medina County. For two veterans in particular, the volunteer project provided a chance to honor friends who were killed in action.

Across the country Wednesday, more than 2,000 green industry professionals donated a full day’s work to honor the men and women of America’s armed services. The 2018 day of service took place at more than 50 state and national cemeteries, including the Ohio Western Reserve National Cemetery and Dayton National Cemetery. The Saluting Branches initiative is organized nationally by Rainbow Treecare. Locally, the day of service was organized by Holden Forests and Gardens.

“I’m here to give back,” said Gregory Tomaro, a USMC veteran who served four years active duty during the Vietnam War. “I feel a camaraderie with the people that are here, the gentlemen that are working with me right now. Being here is a very solemn thing. I’m around my departed brothers and sisters.”

The group of arborists and other tree care professionals split into groups and spread out across the expansive cemetery. Their work included basic tree maintenance, like branch pruning, to large-scale projects including tree removal and excavation. Much of the work concentrated in the front entrance to the cemetery and the portion where services and ceremonies are held.

Many veterans were in the group.

“A lot of my friends are buried here. I was part of the Beirut bombing in 1983,” said Gerald Shanley, a USMC veteran. “A lot of the veterans of Lebanon are buried here. My hair is standing up just being here right now. It means everything. As a veteran and as a arborist, it’s a win-win.”

The Ohio Western Reserve National Cemetery opened in 2000. Since it opened, it has been the final resting placing for more than 30,000 veterans, their spouses and other family members. The property, which winds its way through rural Medina County farmlands, is punctuated by the pristine, manicured lawn and perfectly-aligned headstones.

There is a certain quiet, tranquility and solemnity at the cemetery. The significance of the hallowed grounds wasn’t lost on the volunteers.

“Whether you’re walking into any burial ground, it’s just one of those things. I just can’t explain it,” Shanley said. “I’m going to be buried here. It’s already in writing. I just haven’t picked out a spot yet.”

Although the day concluded with many of the volunteers covered in dirt, wood chips and sweat, they’d be the first to say it was all worth it.

“This is extra special to me. Any time I can work with other veterans and with giving back to the veteran community, it’s extra special,” Tomaro said. “The funny thing is the arborists seem to be a brotherhood of guys and gals and the Marine Corps certainly was [that way]. It’s like being back with your own for a day or so.”