Owners of Corbo's Bakery arm themselves to defend business from looters, vandals 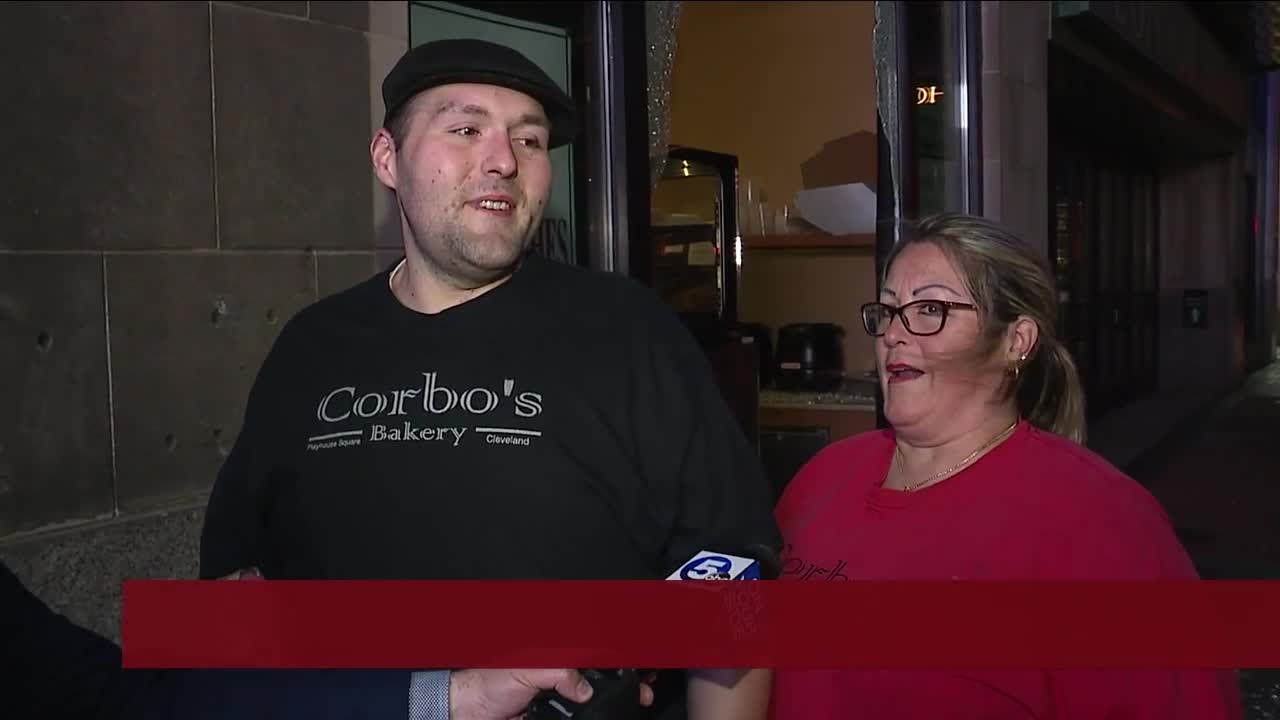 The owners of Corbo’s Bakery took matters into their own hands when a group of vandals and looters took off on a mission to damage and destroy the city of Cleveland Saturday night. CLEVELAND — The owners of Corbo’s Bakery took matters into their own hands when a group of vandals and looters took off on a mission to damage and destroy the city of Cleveland Saturday night.

John Corbo was inside of his business in Playhouse Square when what had been a peaceful protest against police violence and racial injustices was ended by agitators inciting violence and a police response involving tear gas and pepper spray to disperse the crowds of people.

Corbo said vandals began breaking windows, throwing rocks and heavy items through them and destroying storefronts across the city. He knew he was outnumbered but grabbed his gun and stood in the doorway to prevent looters from stealing from his bakery.

“They accused us of wanting to hurt someone. That’s not why we’re here, standing here to protect our business,” Selena Corbo said. “Most of them understood but not all of them. Then they tried to hit us or throw stuff at us so we walked back in and then they broke our window.”

The family stayed, armed and ready to defend and protect their business.

“Honestly I just want to protect my family. That’s my biggest worry. If a window breaks, okay. As long as I walk away with everybody,” John Corbo said. “We can get another window but we gotta prevent as much as the looting and damage as you can while maintaining our lives. That was number one.”

A video posted on Facebook shows John and Selena Corbo standing with their staff armed in his doorway to defend the bakery as the group of vandals made their way down the street smashing windows doors while looters made their way inside and stole from the businesses.

The owners and staff at Corbo’s Bakery stayed outside of their businesses all night keeping watch over the business, Selena Corbo said.

Corbo’s Bakery was slated to reopen Monday after closing due to coronavirus concerns, an opening now postponed from Saturday night’s damage.

“There was a little light at the end of this coronavirus. We were supposed to open Monday. It was nuts. You have to try to look at it the best side of it. I know it’s a terrible situation. I was trying to get forward,” John Corbo said.

Corbo’s Bakery posted on Facebook thanking its supporters and ensuring that they are all okay and “standing strong.”