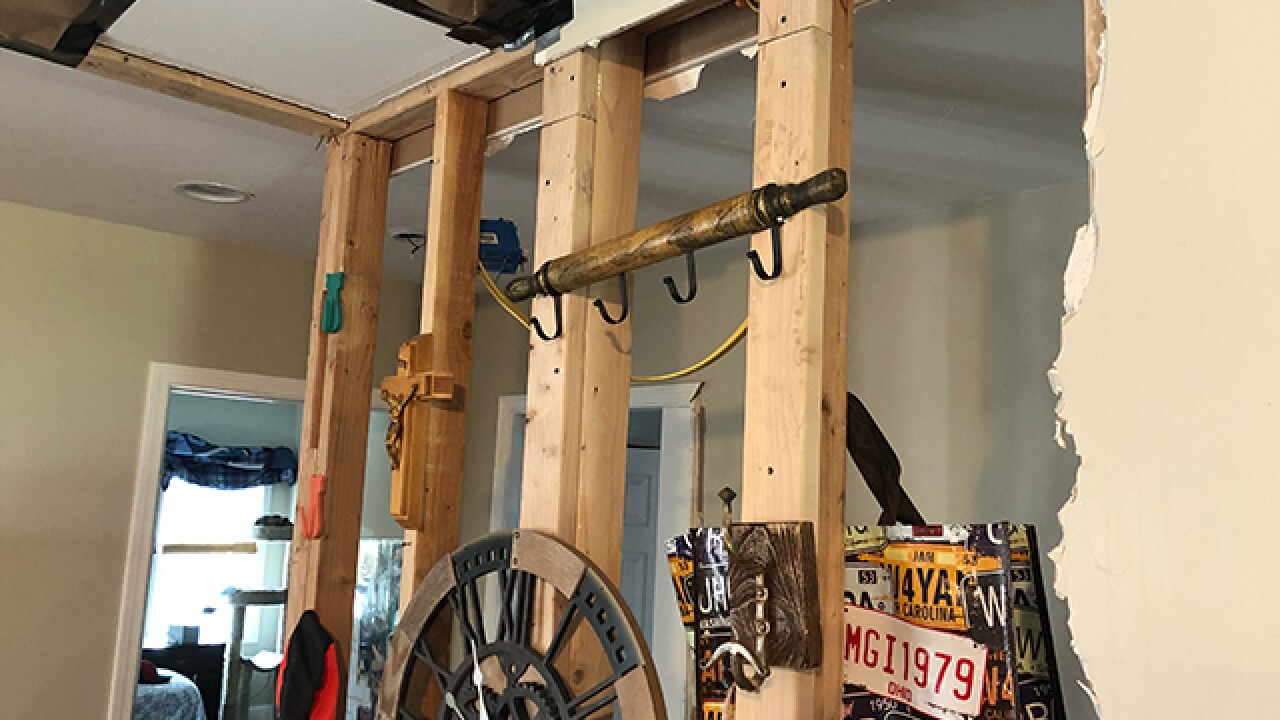 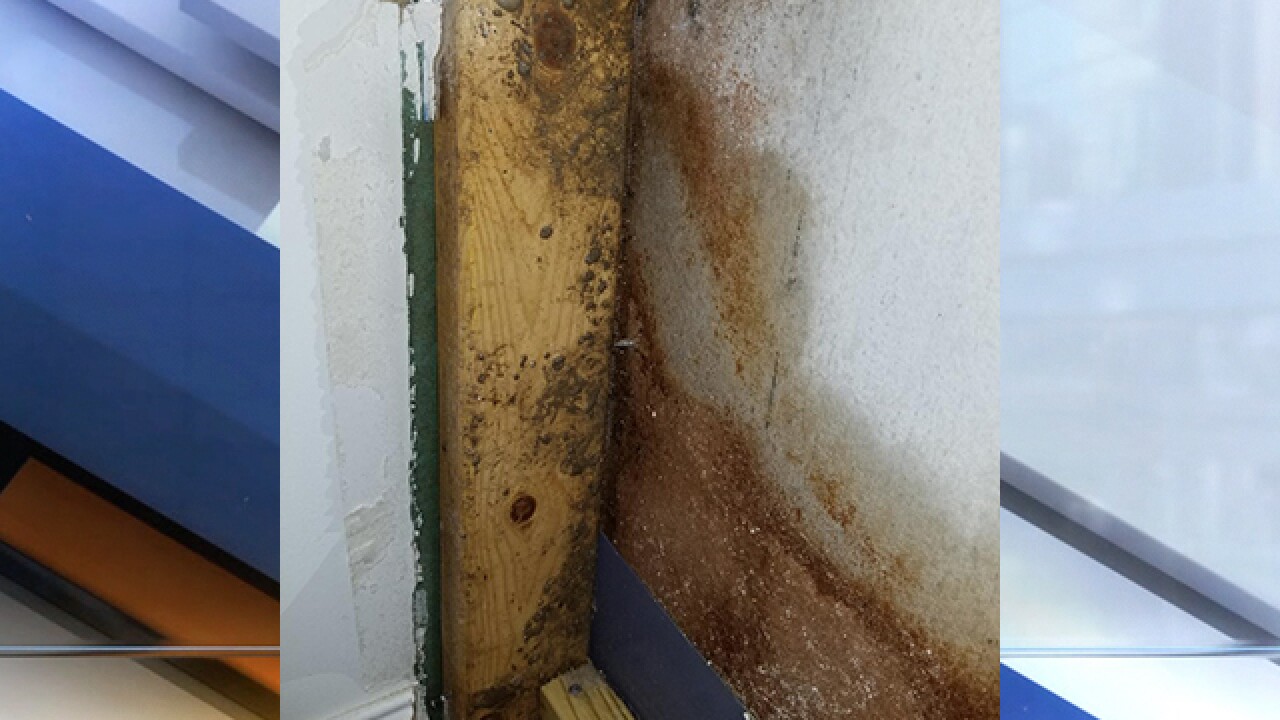 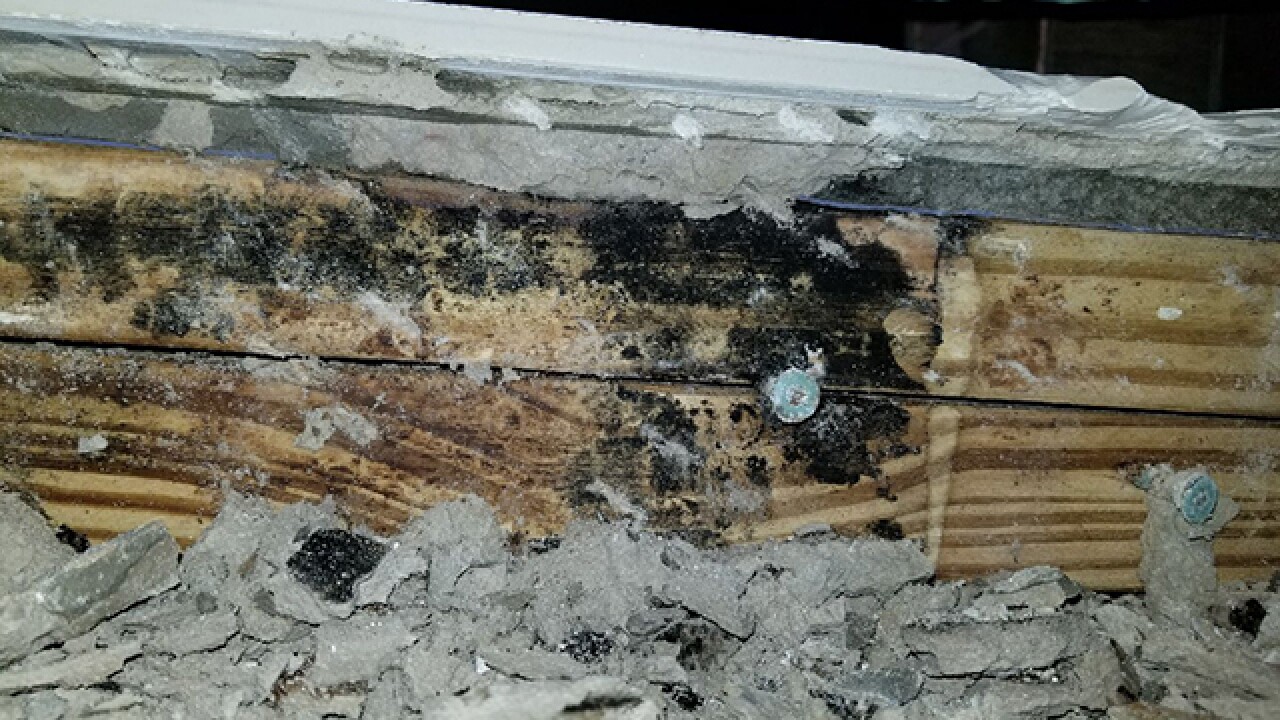 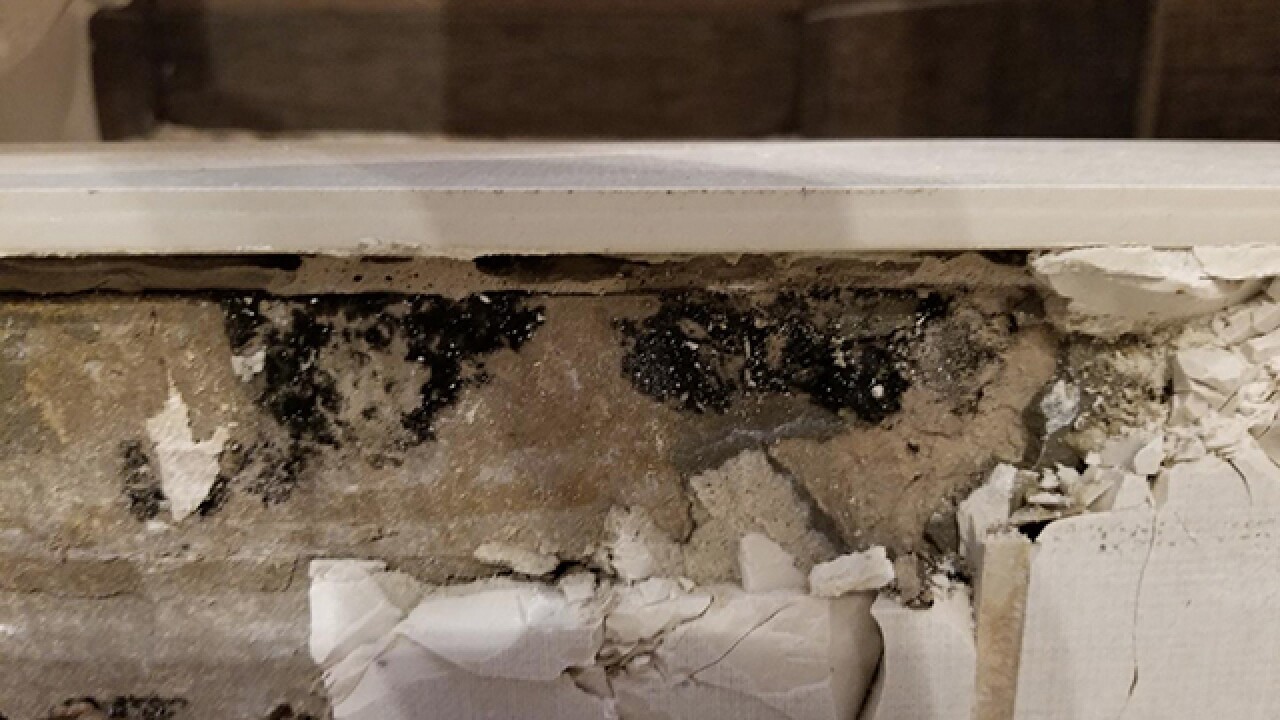 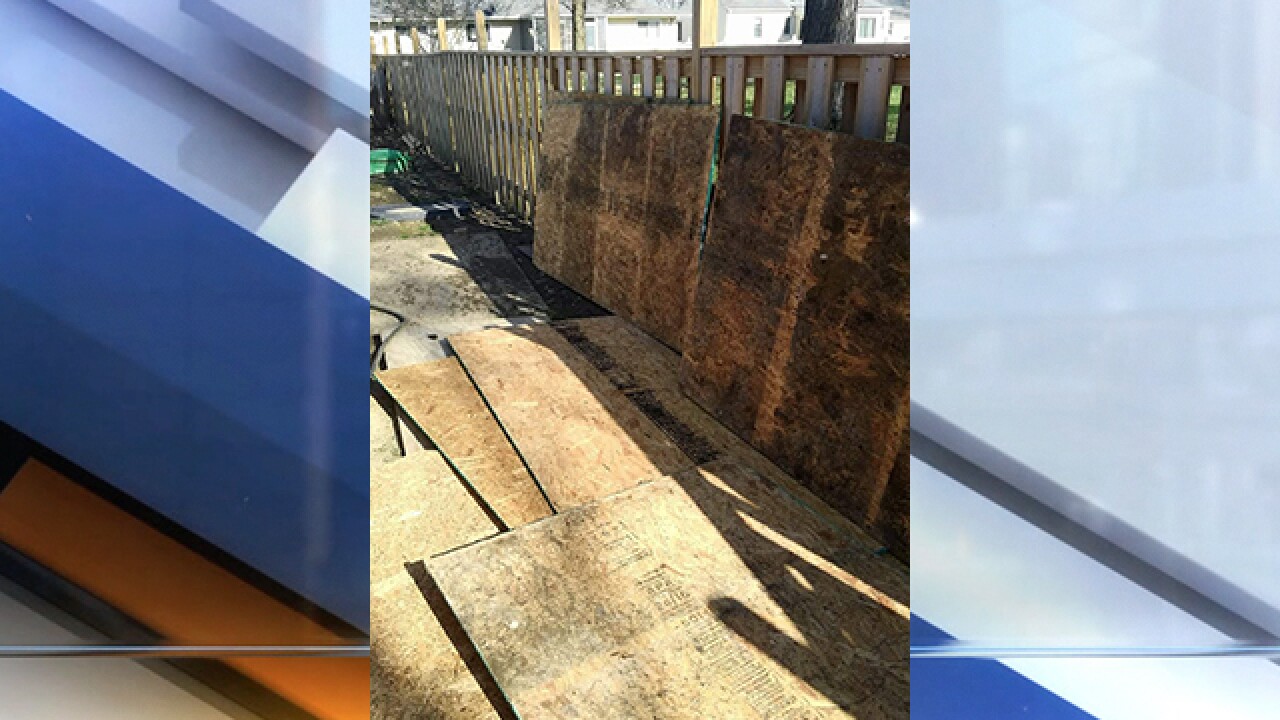 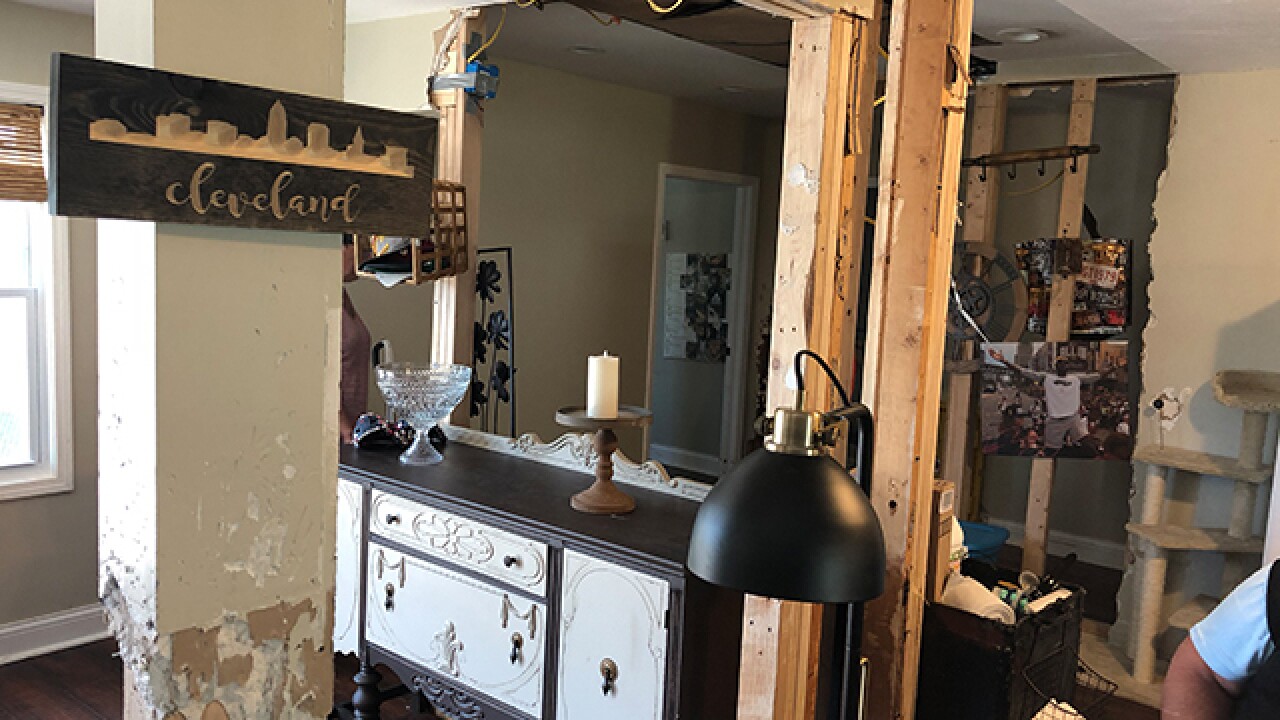 A botched home remodel has gone from bad to worse, and the settlement in the civil lawsuit against the contractor won’t be enough to cover it. Now, a Rocky River family is simply tapped out.

The electrical wiring is a maze of mistakes, the framing is substandard, causing the ceiling to bow, and the roof has to be completely replaced.

And to think, at this point in the process, this was supposed to be Pat and Lori Smith’s dream home.

“There’s a lot of angst but we hang in there. We’re tough people,” Pat Smith said.

The Smiths moved into their home on Jameston Drive in Rocky River about five years ago. After knee replacement surgery sent Pat into septic shock, one of his legs had to be amputated. He relies on a motorized wheelchair to shuttle him around the house.

To make their house more accommodating, the Smiths sought to have their house remodeled. They also wanted to build an addition onto their home. So the Smiths hired ProCode Construction in August 2016, a Lakewood general contracting firm owned by Michael Delmonico.

There were roof leaks and tile falling off the walls. The home’s electric system still sometimes struggles to power the appliances. The siding has peeled off in some places and so have the soffit panels. The flooring is uneven and the living spaces are drafty.

Up until fairly recently, the newly-constructed addition wasn’t actually affixed to the rest of the structure. The three-and-a-half inch space between the two structures allowed water and snow to get inside.

Amidst a dispute between the contractor and the Smiths, Delmonico walked off the job in mid-2016. The Smiths filed suit against Delmonico and the carriers of his three insurance policies. After the civil suit seemingly dragged on and on, all parties reached a settlement late last month.

The settlement, while appreciated, hardly made a dent in the estimated $165,000 worth of repairs that need to be made, Smith said.

“We got one-tenth of what we put out, which was nothing really. It will pay for the repairs of the roof,” Smith said. “We have to have the entire roof pulled off because of what was discovered underneath.”

What was discovered underneath was mold – a lot of it. Inspectors reportedly found three different types of mold in the roof, attic, walls and framing. The Smiths fear the mold has spread all throughout the house.

“Each wall we get into we’re finding mold,” Smith said. “We have two little grandsons here. That’s when I get angry.”

When News 5 first reported this story in mid-February, Delmonico said the Smiths made the project unmanageable.

“I thought at this point in my life, I thought we could enjoy every day. But I’m working harder now than I ever have,” Smith said. “When you have a guy that’s really on point, comes professionally and is ready to rock, you hire him. But as you see things crumble, you beat yourself up over that. I live with that every day.”

The Smiths used popular websites to connect with local contractors. Delmonico was prompt, professional and came with references. But, over the past several months, Smith said "countless" people have called him and reached out on Facebook to say that they, too, have had similar, horrible experiences with ProCode.

Despite the fact that his family now has to find a way to finance the repairs for the botched remodel, Smith still believes that he and his wife will have their dream home one day.

“You may come back here in five years and we’re going to have the home of our dreams,” Smith said. “We’ll have it. I guarantee you that.”

Upon hearing of the Smiths’ plight, Caprica Homes stepped in to help facilitate the repairs. Knowing the family has been strapped for cash amidst the legal battle, Smith said Caprica was more than willing to allow the family to pay for repairs as they could afford them. Their new contractor also started a GoFundMe page to help the Smiths raise money.

My company is out of business because of this situation.  I'm absolutely devistated regarding this issue and I'm horrified of what's to come.  I have nothing to my name and I feel horrible. I've been in business for a long time and I don't have an answer for what happen exept you can't trust any body to do good work.   I'm forever saddened and I have to move on with my wife and 3 young children and figure out what's next in life besides construction.