Sidaway Bridge once connected Black and white neighborhoods. Now it connects us to the past. 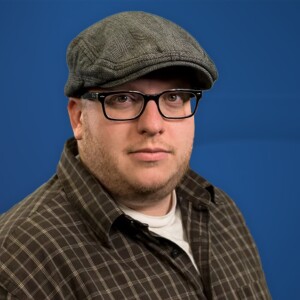 A nearly-forgotten abandoned bridge still stands as a reminder of Cleveland’s troubled past amid the civil rights movement.

CLEVELAND — Tucked away on Cleveland’s southeast side is an abandoned bridge that stands as a silent reminder of a fiery fissure between two neighborhoods at the height of the civil rights movement.

We’ll have more on this story in our special report: “Conversations on Race: Moving Forward,” airing tonight at 5 p.m. on News 5.

It’s known as the Sidaway Bridge. It separates what is now the Kinsman (Garden Valley) neighborhood on the north side from the North Broadway-Slavic Village (Jackowo) neighborhood to the south of the bridge.

Perhaps more than any landmark in the city, it stands as a physical reminder of the Black-white divide that exists in Cleveland to this day.

The bridge was constructed after residents from both neighborhoods urged Cleveland Mayor Tom L. Johnson’s administration to create a way to connect the two communities together for their mutual benefit. It was later renamed the Sidaway Bridge for the roads that still carry its name on either side of the span.

A second bridge was designed in 1929 by Wilbur Watson and Associates along with Fred L. Plummer, an engineer who also worked as a professor at the Case School of Applied Science.

The 680-foot-long foot bridge uses a suspension system comprised of weight-bearing steel cables to support itself, which allows for a fewer number of support columns across great expanses.

It remains Cleveland’s first and only suspension bridge.

An infamous tract of land

Named after James Kingsbury, one of Cuyahoga County’s earliest settlers, the area below the Sidaway Bridge is rich in local history.

First, it was home to John D. Rockefeller’s first refinery, where Standard Oil started. Thanks to Standard Oil, Rockefeller has been called the richest man in history. His vast wealth changed business, philanthropy and federal anti-monopoly laws forever. It all started on this plot of earth.

Around the time the second bridge was built, in the early 1930s, Kingsbury Run was where the infamous Torso Killer discarded the remains of his dismembered victims.

Following the Great Depression, homeless people, vagrants and others lived in a large temporary tent village down in Kingsbury Run.

In 1938, the people who called the area home had to leave after Cleveland Safety Director Elliot Ness, the same man who was credited with bringing down Al Capone, set fire to the makeshift village while searching for the Mad Butcher of Kingsbury Run, AKA the Torso Killer.

Kingsbury Run has long been a piece of Cleveland more safely experienced in mid-air.

Cleveland’s population changed dramatically in the 20th century. In 1910, Cleveland was home to around 600,000 residents and the sixth-largest city in the country. Families that came to Cleveland were mostly comprised of European immigrants who settled around industrial areas. Before cars, urban families lived in walkable neighborhoods near jobs, schools and churches.

The Black population in Cleveland was low at the turn of the 20th century. While the city itself had more than half a million residents at the time, only around 9,000 of them were Black.

The Great Depression slowed down the growth of white immigrants. Immigration policies at the time led to a major demographic shift. At the same time ethnic white immigration slowed down, Black families fleeing Jim Crow, lynching and persecution in the South sought better opportunities. By the 1960s, there were 250,000 Black residents who called Cleveland home.

By the 1960s, the area on the north side of Kingsbury Run had turned into a predominantly Black neighborhood as white families moved out.

On the south side, the area remained predominately ethnic-white with Polish families residing there.
The area wouldn’t come to be really known as Slavic Village until the 1970s.

Segregation and the Hough Riots

Cleveland resident Mansfield Fraser grew up near the bridge, and he stayed in his Black neighborhood. The unspoken rule? Don't cross the bridge.

"The two communities were not amenable to each other," Fraser said. "We knew if we rode our bikes over there, we could be in trouble."

The Hough Riots, also called the Hough Uprising by some, broke out on July 18, 1966, after a white bar owner refused to give a Black patron a glass of water at the Seventy-Niners Café, which was located near Hough Avenue and East 79th Street.

That event tipped Cleveland over the edge. A crowd grew increasingly angry and violent and eventually turned to vandalism and looting. The following day, fires were set and spread throughout the community as homes and businesses were razed by flames.

Cleveland’s mayor at the time was Ralph Locher, who called in the Ohio National Guard. Locher also ordered the closure of all the bars in the area.

In the days that followed, four Black people were killed. According to historians, two were bystanders caught in a crossfire of bullets, one was believed to have been attacked by a white person at a bus stop and the fourth was killed by a resident of Cleveland’s Little Italy in an incident that would later be ruled self-defense.

It was during this nearly week-long disturbance that an unknown person set fire to the bridge’s planks and destroyed a section of the walkway on the south side of the structure.

Rick Stojanovich lived on the west side of the bridge just two blocks away.

"I remember it was early in the morning. I remember the fire engines, because I lived right on East 65th," Stojanovich said. "Evidently somebody put some lighter fluid or gasoline on the bridge."

Stojanovich said he thinks someone who was sick and tired of the quarreling between the two neighborhoods took it upon themselves to set it on fire. In the summer of 1966, the racial divide that separated the neighborhoods on either side of the bridge became a literal chasm.

The years that followed

With the bridge out of commission, Black schoolchildren who used the bridge to cross Kingsbury Run to go to a nearby elementary school in the Jackowo neighborhood found themselves having to walk to school in a roundabout way that involved more than a mile-long detour.

When Cleveland officials shut the bridge down and closed it permanently, the path that tied two the neighborhoods together was officially severed. As time passed, the area surrounding the bridge became overgrown with weeds and brush as Mother Nature tried to reclaim what humanity had left behind.

Around 10 years later in 1976, the city's decision to leave the bridge to rot rather than repair it was brought up in a landmark federal court case regarding the segregation of Cleveland City Schools.

Federal District Court Judge Frank Battisti said in a court memorandum and order that the city and the school district chose not to fix the bridge in order to keep the city segregated, thus preventing Black students from walking to a predominantly white school on the south side of the bridge.

After the bridge’s closure, no secondary route was constructed to allow residents from either side of Kingsbury Run an easily accessible way across to the other neighborhood.

“The omission of the city in taking any actions to establish connections between these areas can reasonably be viewed as conduct by public officials aimed at fostering the virtual total racial segregation of both these neighborhoods,” Battisti wrote in the court order. “The court is not so naive as to believe that school officials could not have worked with city officials to have such a sidewalk constructed if all of these public officials were not seeking to promote the separation of these neighborhoods."

As a result of the order, busing and an integration program was introduced to desegregate Cleveland schools.

What it means today

It’s been more than 50 years since the Hough Riots, and the Sidaway Bridge is still there, a rusted monument to racism and segregation.

Once you know its history, it’s hard to look and not think about all of the ways that Cleveland remains divided, a fact made clear once again during the police violence protests that occurred downtown on May 30 and throughout Northeast Ohio in the weeks that followed.