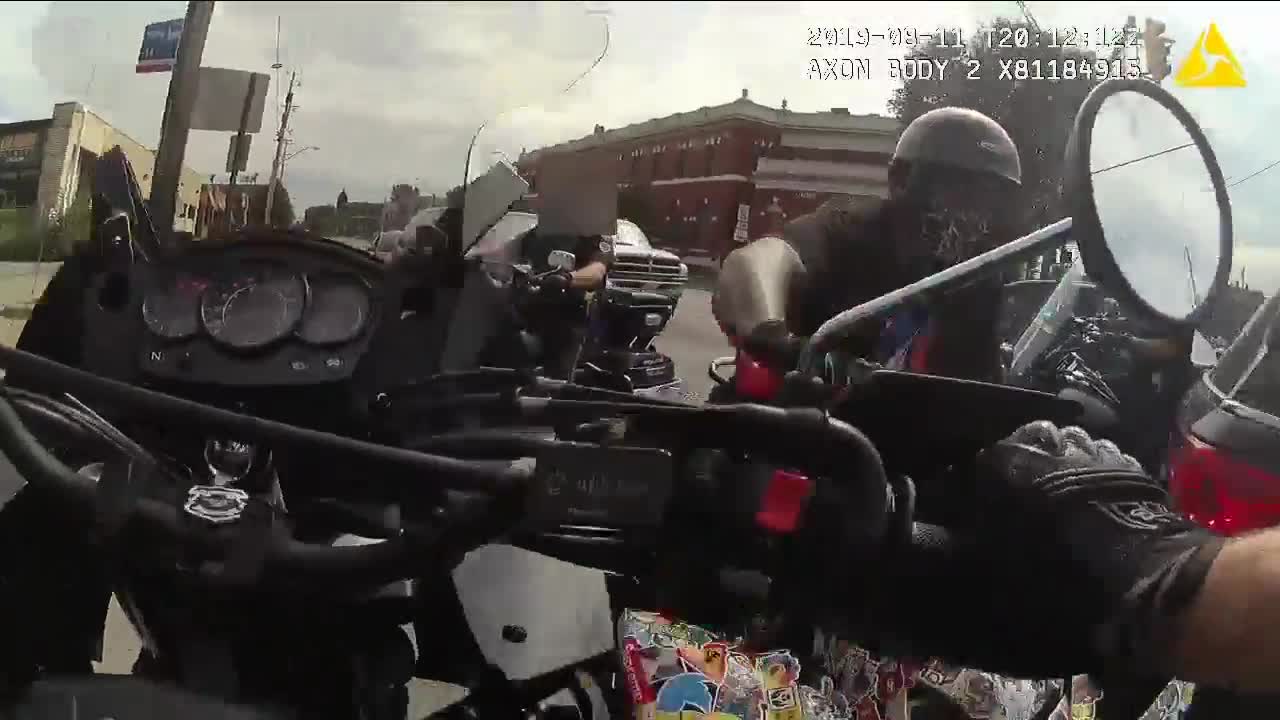 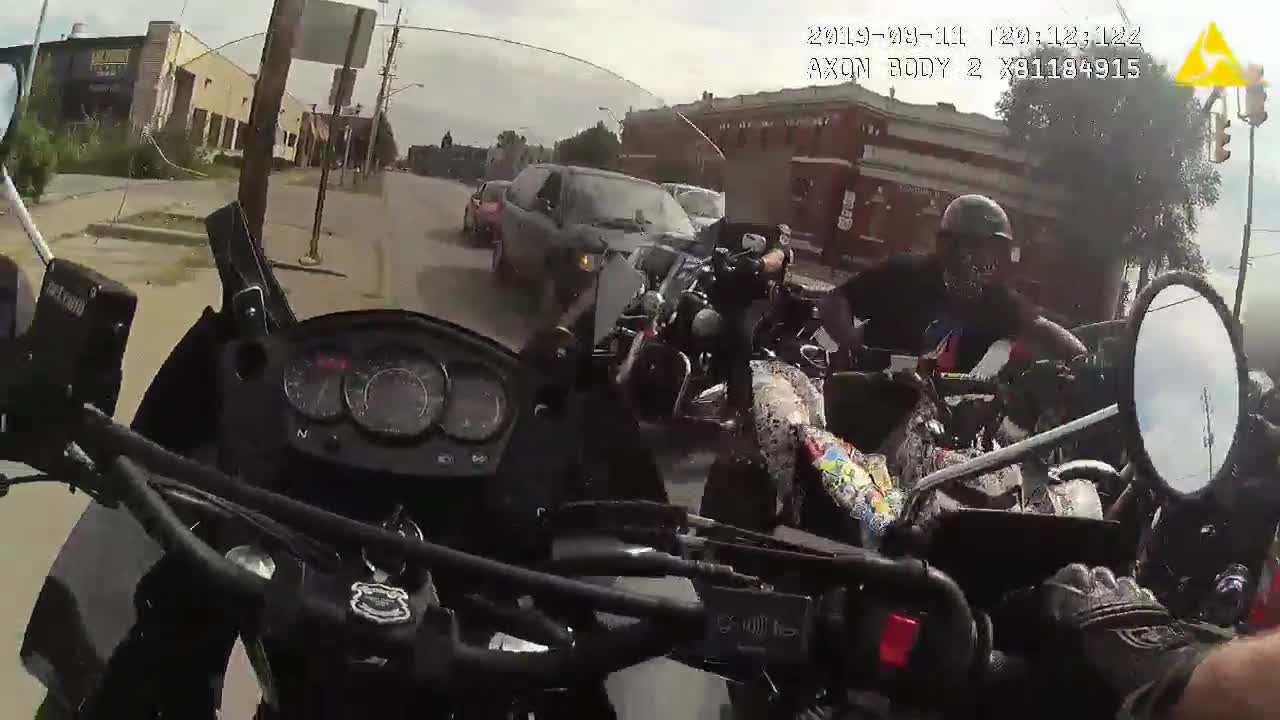 CLEVELAND — Police have released body camera footage of a traffic supervisor and an ATV operator crashing into each other on Sunday, August 11, the same night dozens of ATVs and dirt bikes were spotted speeding around the Cleveland area.

The body cam video shows the traffic supervisor, who was operating a motorcycle, notice an ATV stopped at a traffic light at the corner of East 55th Street and St. Clair Avenue at about 8:12 p.m.

The officer turns right into oncoming traffic, appearing to stop just short of the ATV driver, who strikes the officer’s motorcycle with his ATV. The officer’s bike is knocked to the ground.

A Cleveland police official said last week that the traffic supervisor was assaulted by the ATV operator while the supervisor was trying to make an arrest.

The officer then gets up and begins to pursue the ATV.

The ATV is covered in distinctive stickers, and the ATV driver was wearing a bandanna that covered their face.

The officer drives down St. Clair Avenue and catches up with the ATV driver on 72nd Street, but the ATV driver refuses to pull over. Several officers continue to follow the ATV until St. Clair Ave. and 70th St., when they break off pursuit of the driver.

Police have not indicated whether or not the ATV driver has been arrested or charged at this time.

There were at least 44 calls in connection with the dozens of ATV and dirt bikes that zoomed through the city streets earlier this month.