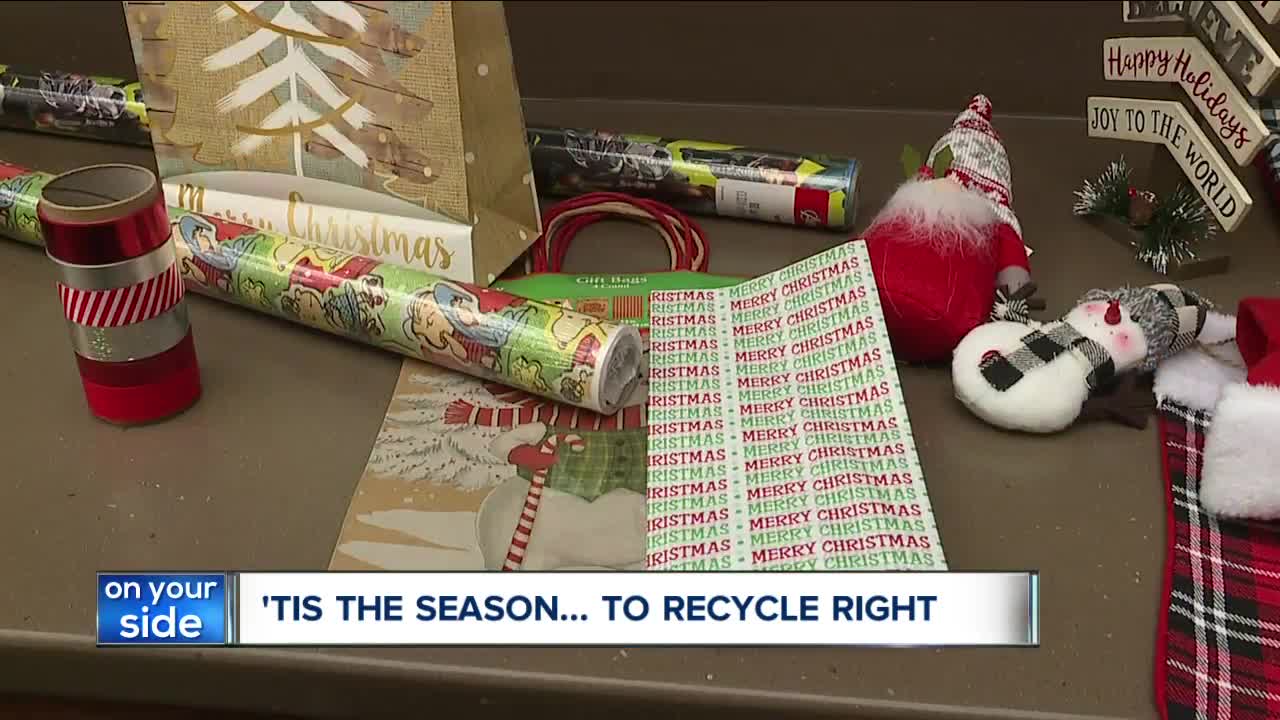 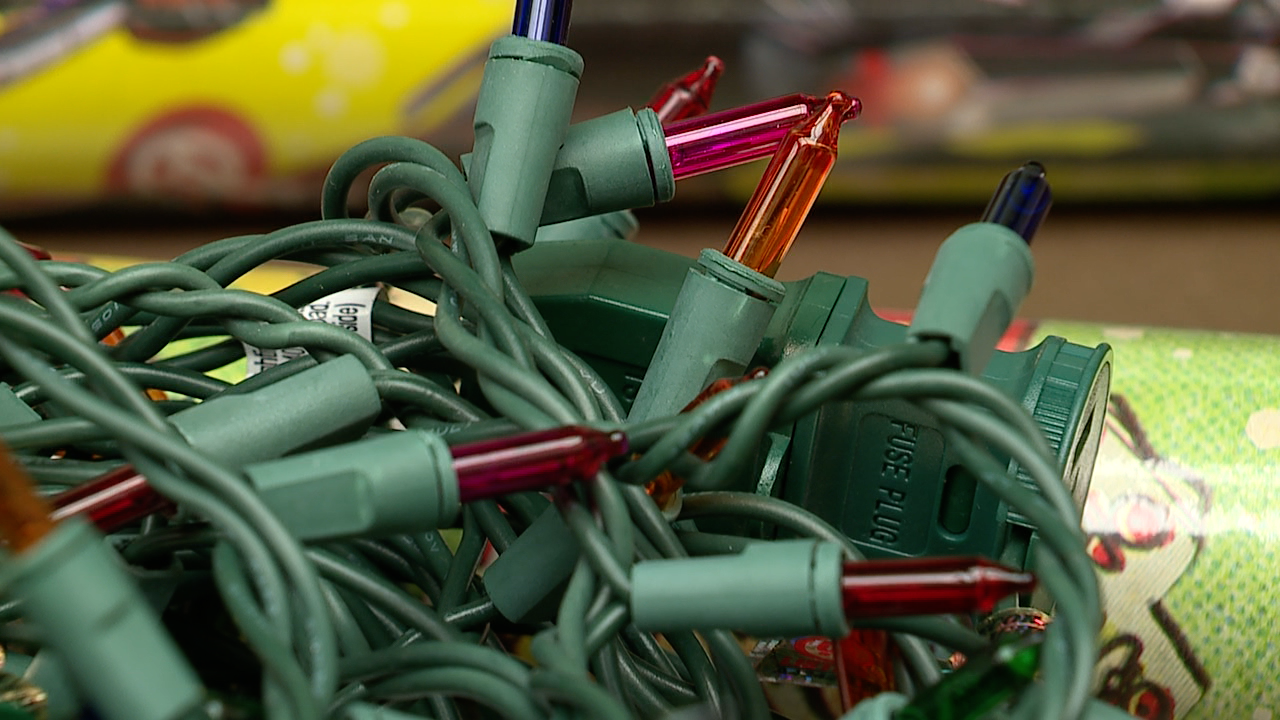 LORAIN COUNTY, Ohio — Singers proclaim the holiday season to be the “most wonderful time of the year,” but for recycling centers, it might be the most frustrating time of the year.

From holiday lights to wrapping paper and packaging, many of us throw things in the recycling bin that don’t belong there, and that can cause problems for recycling centers.

The items we recycle all across northern Ohio, from Toledo to Cleveland, eventually make their way to the Republic Services’ Lorain County Resource Recovery Complex.

“That’ll probably increase during the holidays, just because of what people are thinking is recyclable,” Beursken said. “We have our wishful recyclers and so they [think], ‘Oh, this is plastic, it must be recyclable.’”

What should you avoid recycling?

“Everything that shouldn’t be on those lines, we have to take off,” Schoewe said. “So the more contamination, the harder they have to work, the slower we have to work the lines, the more it costs us.”

Many trappings of the holiday season are not recyclable, from packaging like bubble wrap or polystyrene to clothing and textiles. Holiday lights are also a problem.

“Since we don’t recycle those, they get tangled up in our machines and people have to cut those out of our machines so that they can move smoothly,” Beursken said.

Wrapping paper and flimsy tissue paper are also not recyclable, although plain brown or white paper is fine, and so are gift bags with the handles or ribbons removed.

“Anything that you can reuse, so the reusable gift bags that you can put the tissue paper in, reuse it next year,” Beursken said. “Also, I’ve seen such creative things going on right now, especially with like tablecloths or where they wrap everything up and put it into a basket and use like a tablecloth and a bow to put it on there.”

What can you recycle?

Check with your local solid waste district, because each one may have different rules, but Beursken said there are some general guidelines.

“If it’s in your kitchen or laundry room or your bathroom, if it’s a beverage container or food container or detergent bottle, then we want it,” Beursken said, noting that it needs to be empty, clean and dry.

Metal cans, cardboard, paper and glass are all recyclable, too. Take the labels off if possible and keep the caps on.

Items to avoid include scrap metal and shredded paper, the latter of which simply ends up in the trash because it doesn’t go through the recycling system properly.

You should also avoid bagging your recyclables.

“When everything comes here, it’s all very compacted and we want it to be loose and fluff, we call it ‘fluffing it up,’” Beursken said. “So our hand sorters can go through it first and then our screens. But the plastic bags tangle up in our machines and that’s one of the biggest contaminants we have coming in.”

Above all, remember the three Rs: see if you can reduce or reuse it before you try recycling it.

“Just because it’s not recyclable with us and it’s not in our program doesn’t necessarily mean it’s not recyclable,” Beursken added. “They can check with their solid waste districts and their local cities and municipalities to find out if they have special collections for those things.”