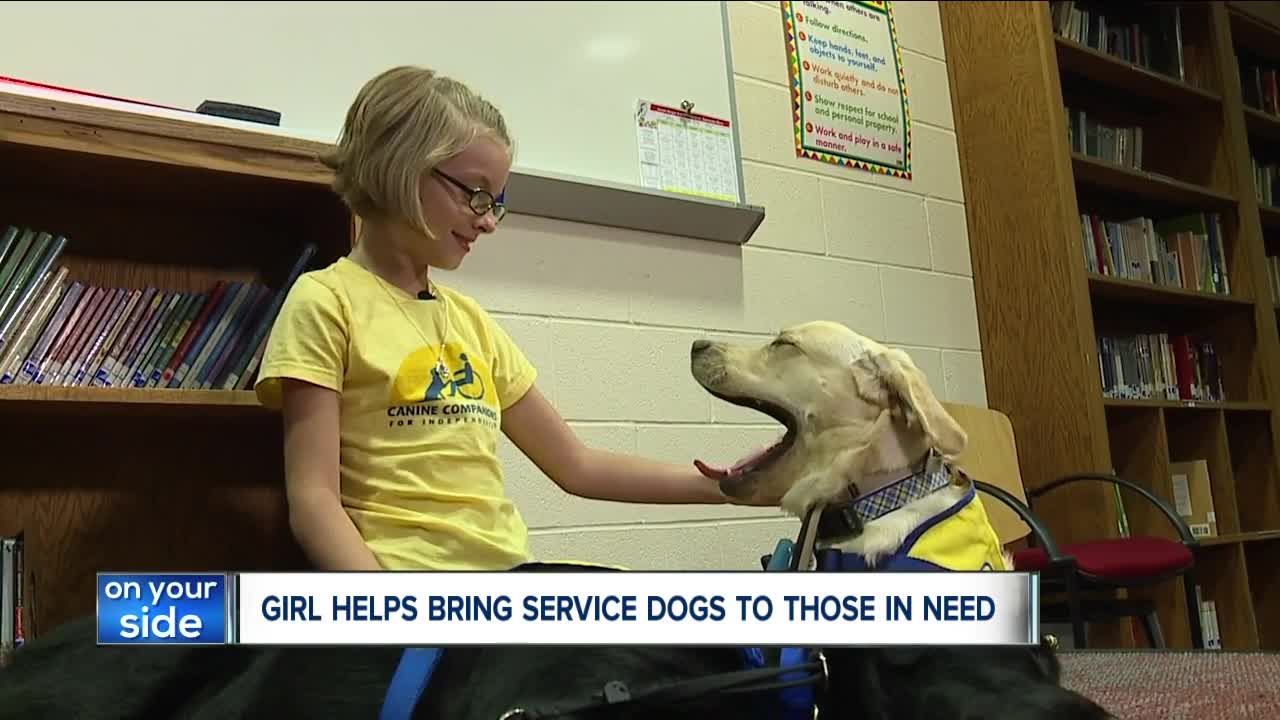 At just eight years old, Evelyn Knight has raised more than $2,250 for a nonprofit organization that provides service dogs to people with disabilities. 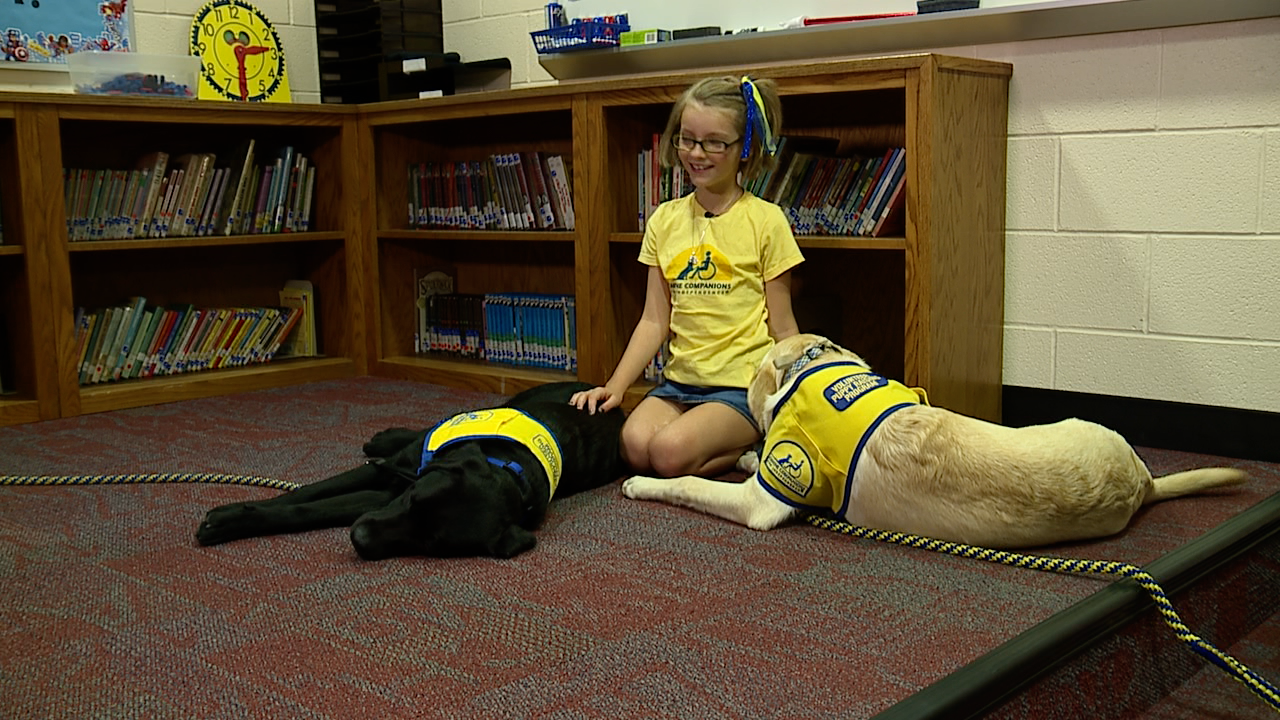 KINSMAN, Ohio — At just eight years old, Evelyn Knight has raised more than $2,250 for a nonprofit organization that provides service dogs to people with disabilities.

The third-grader from Badger Elementary in Kinsman didn’t expect to see a dog inside her school building last year, when she was in second grade.

“Rae Lynn [Phillips] came in with the dogs and I seen her,” Evelyn said. “And I was wondering why there were dogs in here.”

Phillips, a volunteer puppy-raiser with Canine Companions for Independence (CCI), brought the dogs to Badger so students like Evelyn and her classmates could read to them.

“I seen the cape on them and I asked what kind of dog they were,” Evelyn said.

She learned the puppies were training to be service dogs. CCI values each of its dogs at approximately $50,000 from birth to retirement, covering training, veterinary care, and supplies, among other things. But the organization provides the dogs to people with disabilities at no charge.

Evelyn, who has a dog at home, decided she wanted to get involved to help raise money. Initially, she said, her goal was $100.

“I started with selling keychains, then I kept making other things,” Evelyn said.

With help from her family, Evelyn began selling online and at craft shows, even creating a Facebook page. She quickly met her initial goal of $100, then upped it to $200 and eventually $1,000.

“I made bookmarks, pens with flowers on the top of them,” Evelyn said, adding that she also made dog collars and leashes.

Her drive has impressed Rae Lynn Phillips, the puppy-raiser who first inspired Evelyn to get involved.

“For eight years old, she has surpassed anything that I could have imagined and raised so much and has learned so much from the program as well,” Phillips said.

Vicki Simons, another volunteer puppy-raiser and member of the Northern Ohio chapter of CCI, agreed.

“We’re so grateful and honored to have such a compassionate and selfless young lady support our mission and our cause,” Simons said.

Evelyn said she hopes to continue making and selling items in the future.

“It makes me feel really great because it can help them,” Evelyn said of the people who receive service dogs. “When they drop something, the dogs can help them get it.”

She added, “I believe that most people really want to help people that need Canine Companions.”

Evelyn surpassed her $2,000 fundraising goal on Friday, reaching her goal just two days before DogFest, a fundraiser scheduled for 1 to 4 p.m. on Sunday, September 22, at Uptown Park in Medina. She is still making sales and collecting as much as she can for the dogs before Sunday.