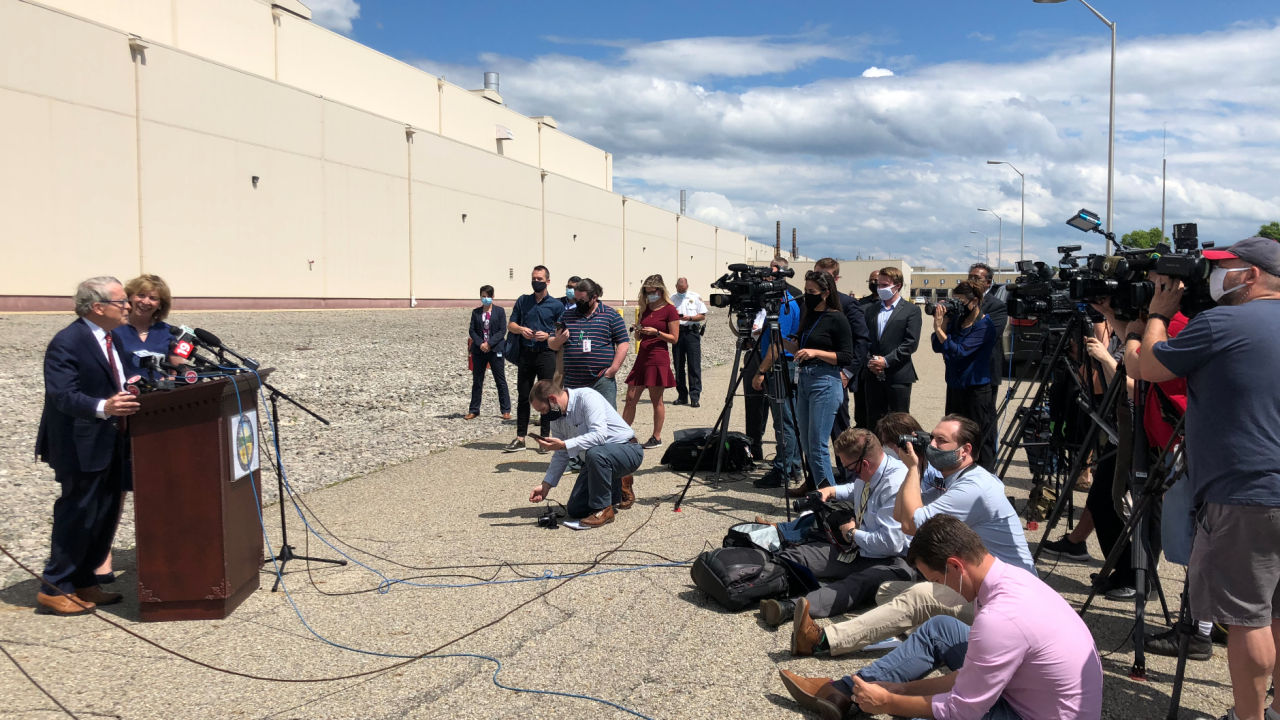 LORDSTOWN, Ohio — The difference between May 8, 2019 and June 25, 2020 is technically just over a year but in many ways it seems a lifetime ago for the Lordstown Motors Corporation as they get set to roll out their new all-electric pickup truck Endurance Thursday at the former GM Assembly plant. It’s an event big enough to draw Vice President Mike Pence to the Mahoning Valley for the occasion. But back on May 8 of last year, when President Donald Trump prematurely tweeted out that what was then known as Workhorse was buying the plant, it seemed like the deal wasn’t yet on solid footing.

“This is probably not yet the day to celebrate,” Governor Mike DeWine warned cautiously that day at a Columbus news conference. Workhorse had a promising future and was up for a $6.3 billion contract with the U.S. Postal Service but they didn’t have it in hand.

“For this to work it’s going to take the contract with the United States Post Office,” DeWine cautioned that day. Thirteen months later that contract still has not been awarded but Lordstown is making a go of it with the Endurance. DeWine got a preview ahead of Thursday's reveal admitting to being blown away by the automaker's ability to pull it off.

"To come from zero to 120 in a very very short period of time is just, I find frankly amazing,” DeWine said. "Individuals are going to see this truck and really want the truck."

Lordstown presently has a staff of 170, mostly engineers but as they get closer to production next year they'll begin to hire around 400 line workers and another 100 each for the battery plant and the motor plant. Lordstown Motors CEO Steve Burns said Wednesday, that's the first wave.

"A lot of people ask me what's the end game, this is built for one purpose volume production of automobiles,” Burns said of the sprawling plant. “They used to make 400,000 Cruzes in here a year our goal is to exceed that, they did it with about 5,000 folks and that's probably about the same number we'll need at the end."

Those numbers though just the beginning the governor said because of the jobs it creates in the supply chain feeding the plant.

“So when you take any kind of plant any kind of manufacturing but particularly automotive the multiplier effect is huge,” said DeWIne.

The governor was asked though why he chose to tour the plant a day before the big reveal and the vice president's visit. He said candidly, health.

"Fran and I have not been around crowds and we're not intending to do that, we've been very very careful," he said. "A lot fewer people today than there will be tomorrow."