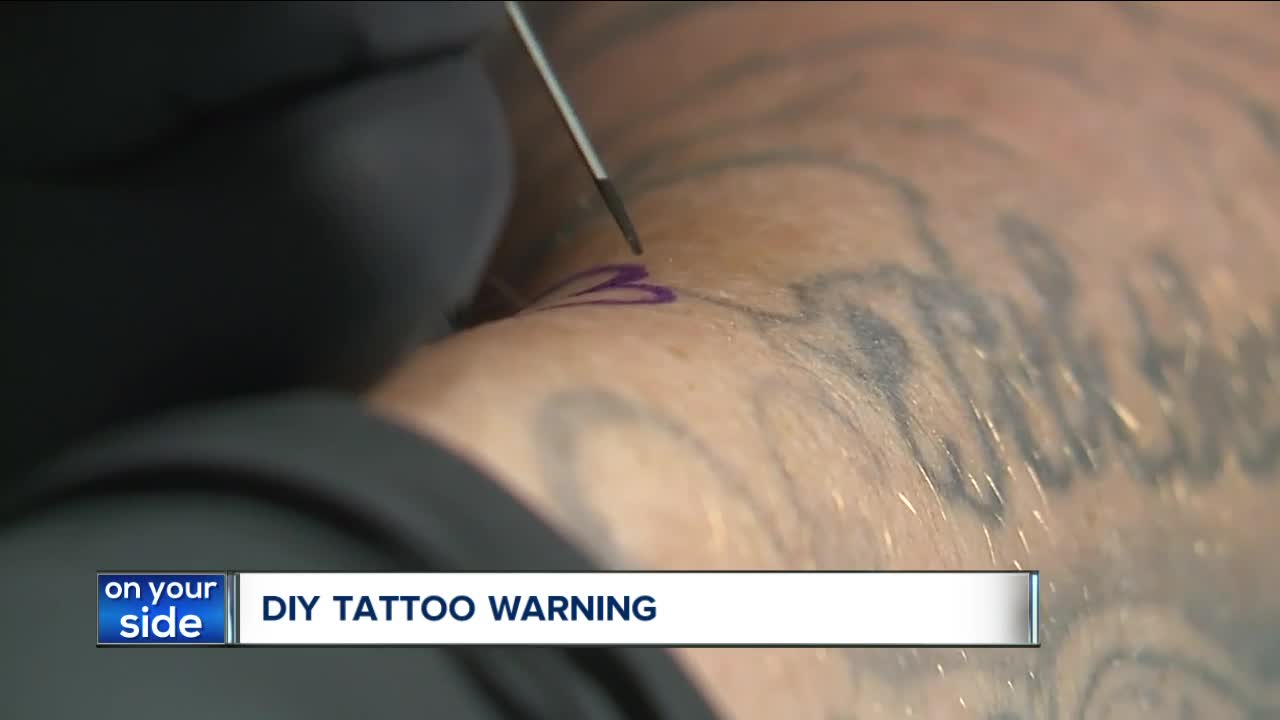 A method of tattooing called “stick and poke” has been around as long as tattooing itself, but with kits now available online, many people are trying the technique at home as a cheaper alternative to getting a tattoo done by a professional artist. 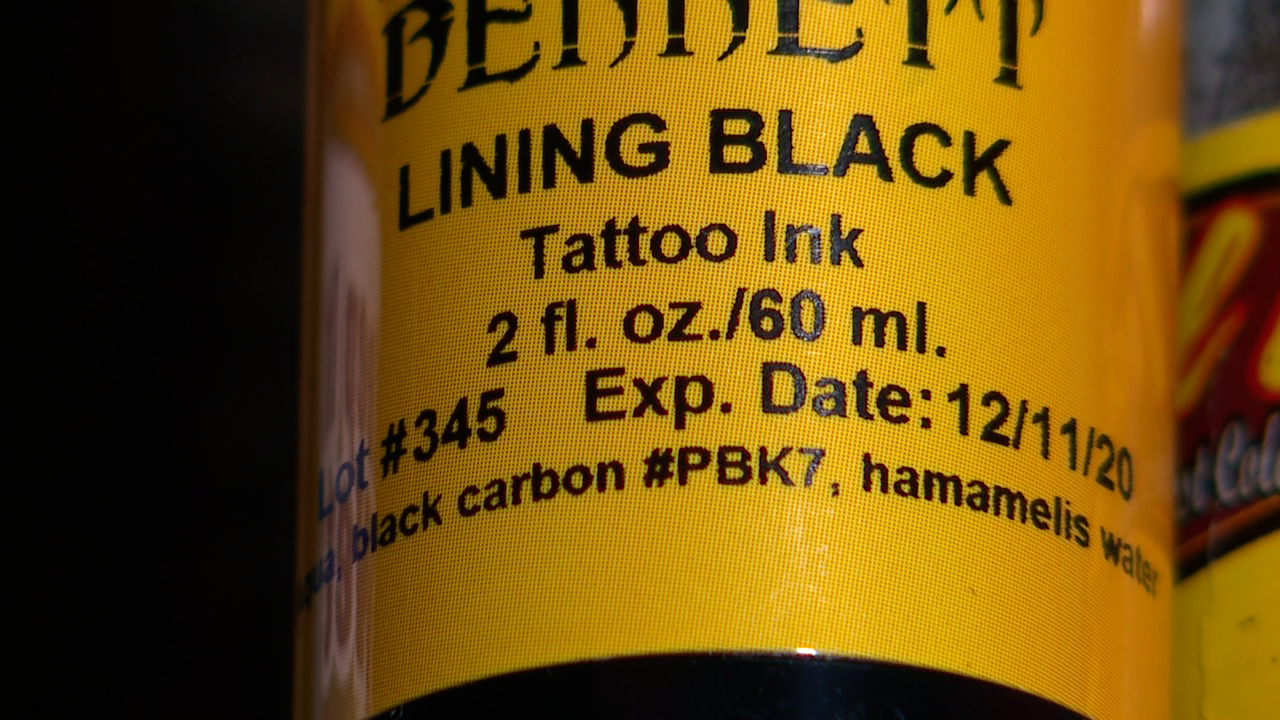 CLEVELAND — A method of tattooing called “stick and poke” has been around as long as tattooing itself, but with kits now available online, many people are trying the technique at home as a cheaper alternative to getting a tattoo done by a professional artist.

“Stick and poke itself is the process of a handheld needle to apply the tattoo directly to the skin without the use of a machine,” said Hannah Hoffman, a tattoo artist who goes by the nickname “Dart.”

Hoffman, who’s been an artist nearly all her life, has been a tattoo artist for six years. As an artist at True Art Tattoos on Lorain Avenue in Ohio City, she does tattoos with the guns normally seen in shops, as well as by the stick and poke method, if people request it.

To get a stick and poke tattoo done at a shop, a number of different items are needed. Hoffman said that among other things, she uses a mix of distilled water with witch hazel or green soap, a razor, special tattoo ink, ointment, an antiseptic wipe, a single-use disposable razor and a surgical marker.

But with kits available online, some people have chosen to do these tattoos on themselves or on their friends, something artists like Hoffman and health officials say is risky.

“There’s extreme risks,” Gerry Scott, supervisor of environmental health at the Cuyahoga County Board of Health, said. “Breaking the skin is an invasive procedure, so there’s an inherent risk for bloodborne disease transmission, allergic reactions and infections.”

Scott said the stick and poke method of tattooing should not be a cause for concern when done by a licensed professional at a properly-inspected facility. In Cuyahoga County, tattoo shops are licensed each year and are inspected twice a year.

“These facilities are inspected by us for safety and sanitation,” Scott said. “We check the credentials of the artist to make sure that they’ve been properly trained, that they’ve gone through the proper classes and that they have the right documentation they need to make sure they can provide a safe procedure for you.”

But when done by someone unlicensed, the risks can be huge. From HIV to hepatitis to other potential infections or allergic reactions, Scott warned against getting a tattoo by someone who isn’t licensed.

Hoffman said she and other tattoo artists see this problem a lot.

“Constantly,” Hoffman said. “I’m going to say 75 percent of what I do is a lot of reworks, and I’m kind of the cover-up queen here. It happens, and it’s becoming more and more of an epidemic.”

Hoffman said it “feels a little bit hypocritical” to tell people not to do tattoos on their own.

But, she said, advances in science and medicine show that trying this at home can be risky.

“They think, because it is so simple, you don’t need the specialized machine,” Hoffman said. “You hear a lot of middle school kids get together, jokingly, like stick themselves with a safety pin and some pen ink and then show off these little smiley faces or whatever.”

While at-home tattooing may be cheaper than going to a salon, Hoffman said it may end up being more expensive in the long run if people use the wrong kind of needle or ink or do not take proper precautions when it comes to sanitation.

Still, she said, she understands the appeal of stick and poke.

“It is a simpler form of tattooing,” Hoffman said. “I get it. It is the primal, tribal, traditional way to do it, and I’m all about sticking to our roots.”

With that in mind, she urged people to consider the risks and, if they’re serious about wanting to tattoo this way, do their research on equipment, sterilization and bloodborne pathogens.

“The infections I have seen in this industry, in just the six years that I’ve been in it, have been horrendous,” Hoffman said. “It’s not just like it’s going to get red and irritated or it might fall out. You can get sepsis, there’s MRSA, there’s staph. Antibiotic-resistant infections, not to mention especially in Ohio right now, we’re having hepatitis outbreaks.”

The Cuyahoga County Board of Health has a list of all tattoo facilities that are licensed and inspected by the department .