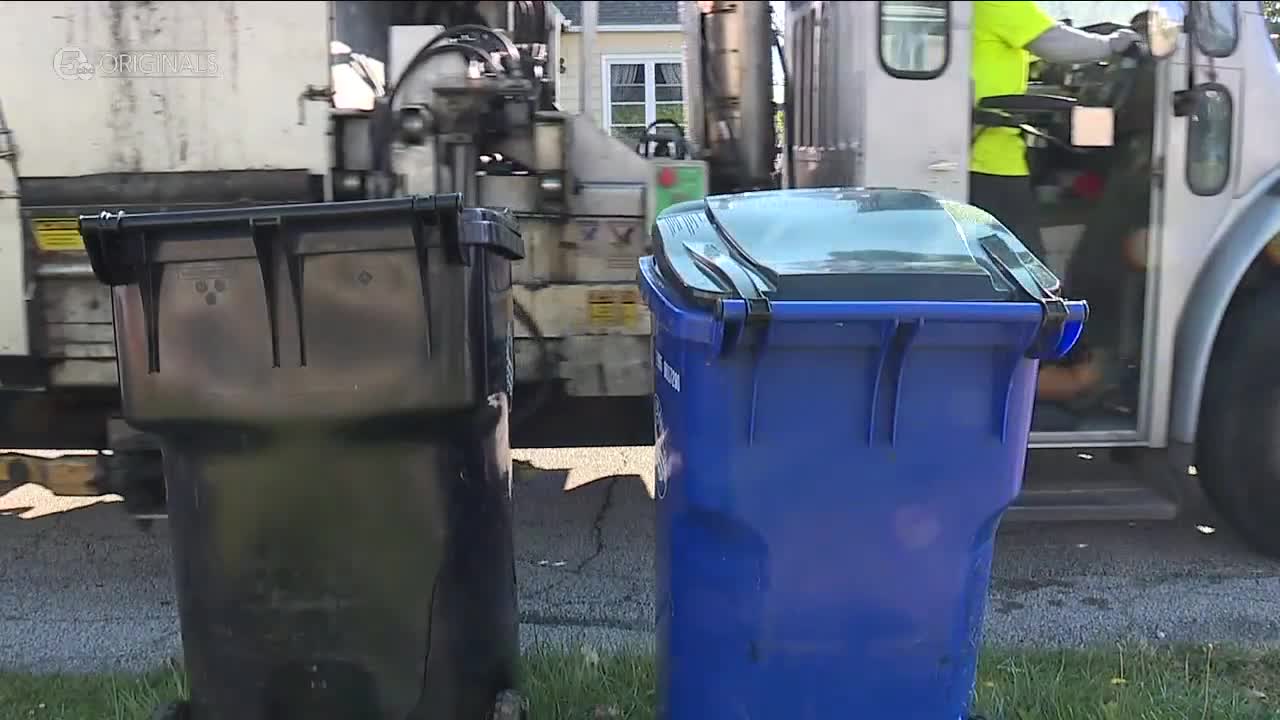 One of the main reasons Cleveland’s recycling program couldn’t be maintained was because Clevelanders appear to be pretty bad at recycling. 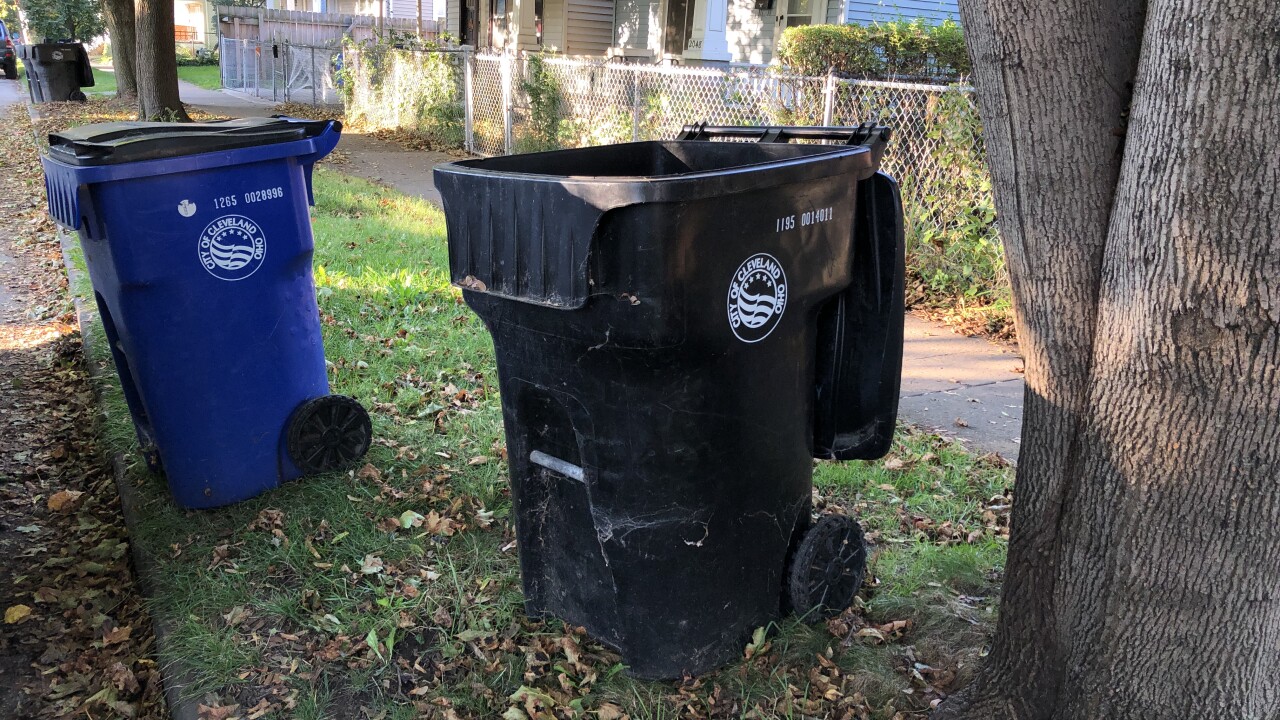 CLEVELAND — Recycling in Cuyahoga County is a tale of two journeys.

The recycling in Ren Brumfield’s blue Lakewood recycling bin goes to a sorting facility where it eventually is sold so it can be reused.

“I think we do a good job here in Lakewood,” said Brumfield. “I’m really proud of how we handle our recycling.”

But, the same materials that Brenna Davis puts into her Cleveland recycling bins have been going directly to a landfill since April 1.

“I was pretty frustrated,” Davis said about finding out that Cleveland was no longer recycling. “It matters because we produce a lot of waste as a community.”

Right away, that drastically decreased the demand for materials that could be recycled, making it much less profitable for companies to collect and sort them. Many cities who previously were paid for their recyclables now had to start paying to get them processed.

Removing China from the demand side of the equation left only companies that can use recycled paper, glass, and plastic materials in what they produce, shrinking the market.

“We need many more of those [businesses],” said Bickett.

The closer to Cleveland, the cheaper it will be for processors to sell recycled materials to them, making it cheaper for cities to recycle.

Since it still costs roughly the same to sort recycled materials picked up at the curb, the sorting companies started to have to charge cities instead of giving them rebates. The amount of a recycling haul that’s contaminated by materials that can’t be recycled determines how much a city is charged.

One of the main reasons Cleveland’s recycling program couldn’t be maintained was because Clevelanders appear to be pretty bad at recycling.

“The big challenge is educating people how to do it right,” said Cuyahoga County Solid Waste District Executive Director Diane Bickett. “We learned from the company that was handling [Cleveland’s] material, Kimble, that it was at 65% [contamination]. So it was more trash than recycling.”

Bickett says the contamination levels in other Cuyahoga County cities excluding Cleveland is about 17 to 25 percent. That means Cleveland would be expected to pay much more than surrounding communities to process its recycling.

A letter from the city of Cleveland explains that the city tried twice to get a new recycling contract from the companies that sort materials. The first time, no one bid on the contract.

“The second time we attempted to secure a new contract for these services, we received one bid,” the letter explains. “This bid would have charged the City of Cleveland tonnage costs that were well above market prices.”

So, since April 1 the material in City of Cleveland garbage and recycling bins have been going to the same landfill until it can agree to a new contract. But the city is still asking residents to separate their recycling from their garbage and still sends two trucks to each home every day to empty the two separate containers.

“I think there are some people who still don’t know that our recycling is being landfilled,” said Davis.

Bicklett says keeping residents in the habit of separating their recycling is a good idea so they don’t have to start again when a new contract is reached.

The City of Cleveland didn’t respond to our question asking if new routes for trucks had been considered so two trucks don’t drive the same routes every day but did send this statement:

At this time, two trucks are being used to maintain residents’ use of two cans and to accommodate the amount of waste and recyclables generated in each. The standard containers also allow us to continue to use the equipment that we have invested in. Our hope is that by maintaining the use of two trucks and the continual separation of recyclables, it will be an easy transition back to a recycling program when a new process and vendor are identified.

What’s being done to fix it?

The City of Cleveland tells News 5 it’s hired a consultant to assess the city’s recycling program.

The City of Cleveland previously issued a RFP for a qualified vendor to provide an assessment of curbside solid waste, curbside recycling collection, and drop-off recycling program to support the waste collections operations of the City of Cleveland. The RFP has since been awarded and executed. The evaluation process is currently underway and draft recommendations will be completed by the end of this year. The accepted recommendations will be executed next year.

How to recycle properly

You may be recycling wrong - here's how to do it right

She says we should no longer be looking at the numbers on plastic materials, telling us what kind of plastic it is. Instead, the market only supports recycling plastic bottles and jugs.

“If it’s narrower at the top, like a water bottle or laundry detergent jug, those kinds of things are acceptable,” said Miller. “Everything else needs to stay out.”

That means plastic bags, clamshell containers for produce, and tubs that hold butter or yogurt should be but in the trash.

Everything else is much simpler.

“People do a really good job with the cans, cartons, paper and glass bottles and jars,” said Miller. “We’ve been doing those for a long time.”

Bigger materials that don’t fit into curbside bins, like furniture, computers, or electronic devices can be recycled in various different ways. You can figure out which is the best way for your materials at cuyahogarecycles.org using the search bar at the top of the page.

Miller holds presentations explaining how to best recycling a few times a month. You can find those times here.

One business thinking outside the box is Better World Refill Shop in Lakewood, where customers can bring in their clean single-use containers and fill them with the shop’s stock of natural products.

It's the first of its kind in the Cleveland area. See News 5's coverage of the shop here.

The City of Cleveland later answered News 5 Cleveland's questions about considering changes to the garbage and recycling collection, saying: