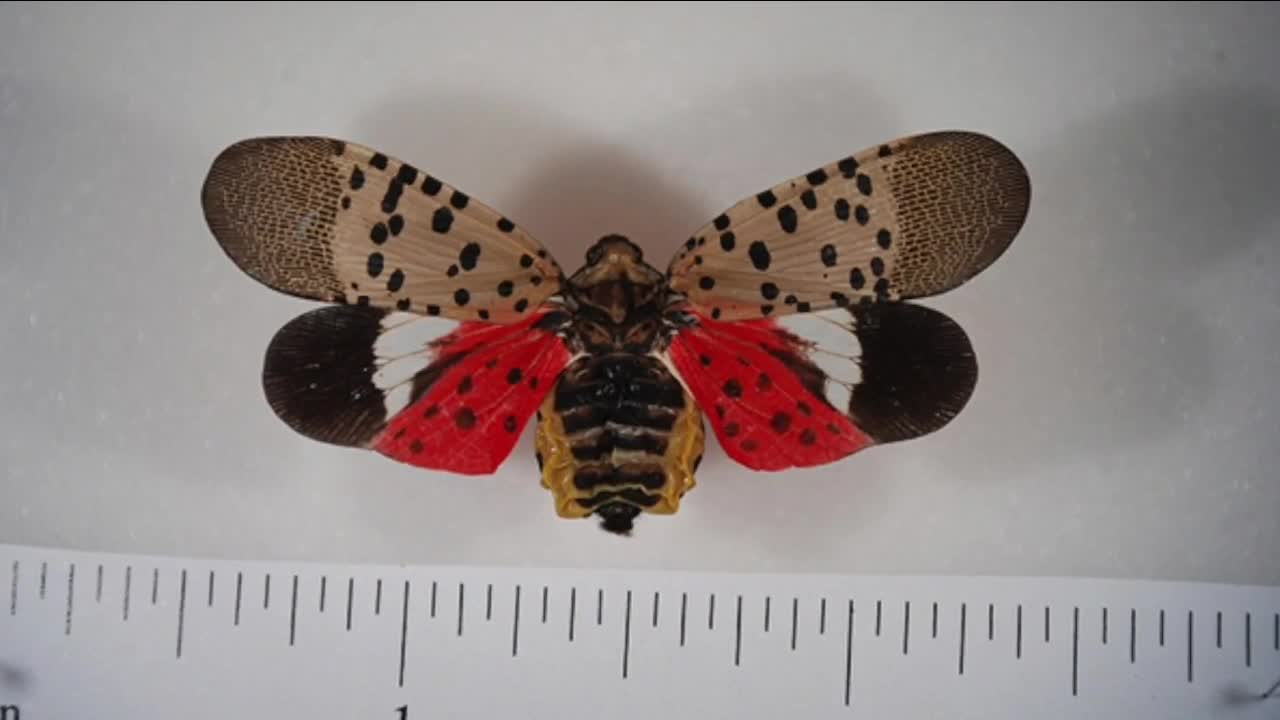 A pint-sized pest with a penchant of destroying the plants it touches is now on the state's door step. 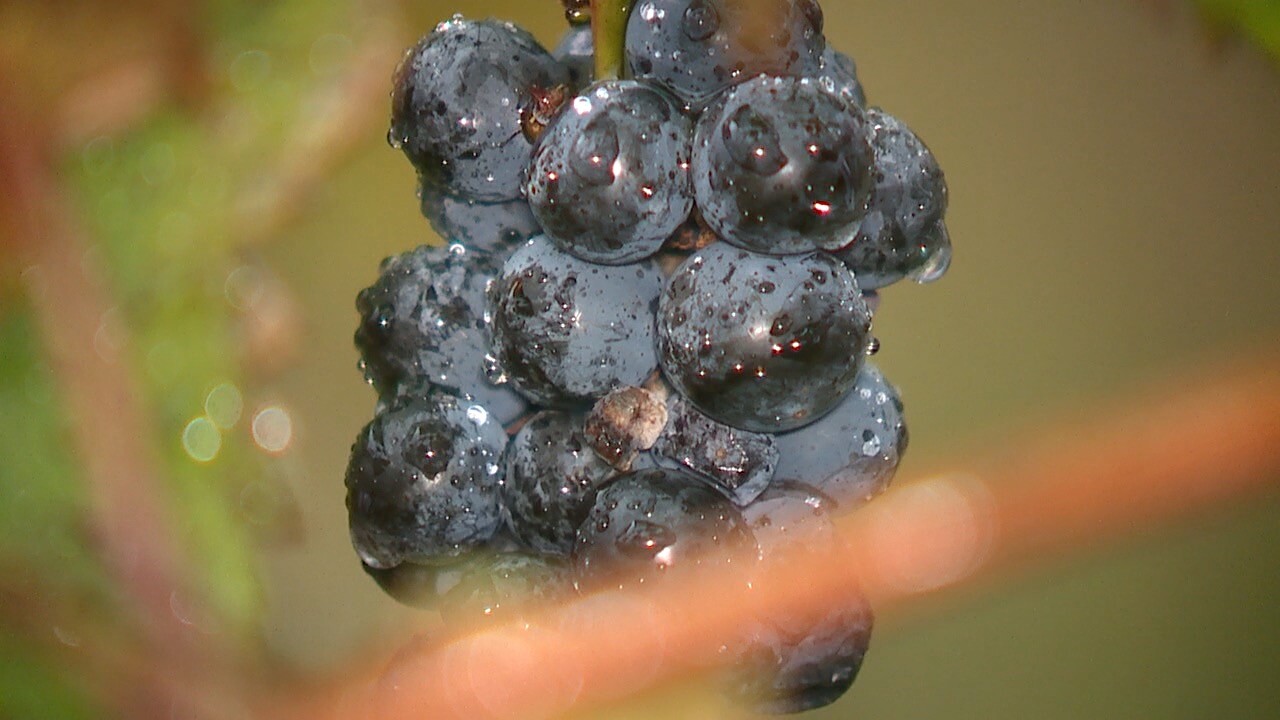 AVON LAKE, Ohio — A pint-sized pest with a penchant of destroying the plants it touches is now on the state's doorstep. The spotted lanternfly, an invasive insect first detected in eastern Pennsylvania six years ago, was found in Jefferson County, Ohio earlier this month, the first positive identification of the planthopper. Easily identifiable by its red body, black stripes, and white dots, the insect feeds on fruit-producing plants and it has a particular affinity for grapevines.

Ohio is the sixth-largest wine producer in the United States, contributing more than $1 billion to the state's economy every year. More than 250 wineries across the state employ thousands of people.

And much of it could be negatively impacted if the spotted lanternfly goes unchecked.

"It has wiped out full acres of vineyards over on the east coast in Virginia and such," said Lee Klingshirn, the owner of Klingshirn Winery in Avon Lake. "I am very concerned that if my vineyards became fully infested, I would have no more grapes."

Feeding on the sap of grapevines, fruit trees, hardwoods like maple and walnut, in addition to some softwood trees like pine, the spotted lanternfly can weaken the plants or trees, leaving them susceptible to disease.

On Oct. 19, inspectors from the Ohio Dept. of Agriculture responded to a reported sighting of the insect on a commercial building in Mingo Junction, which is just south of Steubenville. When ODA Plant Pest Control inspectors arrived, they found five additional spotted lanternflies nearby.

"They are that effective if they become established, they will suck the life out of every vine out there," Klingshirn said. “Once it gets in the region, we're not going to get rid of it.”

Klingshirn is the third-generation owner of the family business, which was started in 1935 by his grandfather, who made wine in his basement during the days of Prohibition. The family has planted and harvested grapes on their 20 acres of land in Avon Lake ever since producing up to 35,000 gallons of wine a year.

“It's not the way I want to grow grapes, but if I want to be in business, I have to do what I have to,” Klingshirn said. “Knowledge is power even when it comes up against a little insect. At this point, it has the potential to be worse anything we've faced so far.”

According to the Ohio Department of Agriculture, the spotted lanternfly lays eggs in the late fall and winter before hatching in the spring. October and November is the best time of year to spot the insect, which hops from plant to plant. It was first identified in eastern Pennsylvania in 2014 and has already had a negative impact. A recent economy study found that in Pennsylvania alone, the insect could cost the state more than $300 million annually if left unchecked.

Just like people enjoy coming together over a great bottle of wine, Klingshirn hopes people come together to help protect the wine industry by being vigilant.

“There's always that hope that it's going to get killed off by the winter or it’s not going to survive the next transition,” Klingshirn said. “But this looks like a really tough bug with a lot of opportunities to survive.”

Insisting that the public is the first line of defense against the spotted lanternfly, the Ohio Dept. of Agriculture has set up a website encouraging the public to report suspected infestation. Ohioans are also asked to call 614-728-6400 if they see the insect.